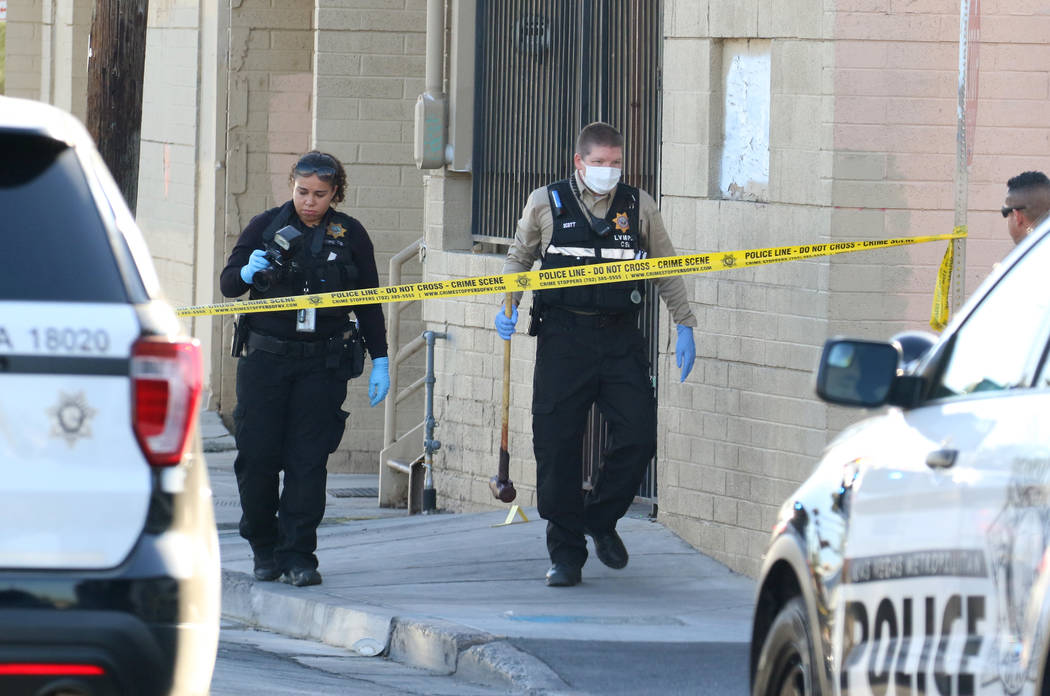 Las Vegas police collect evidence after a woman was killed with a sledgehammer on the 1000 block of North Rancho Drive on Aug. 29, 2019. (Bizuayehu Tesfaye / Las Vegas Review-Journal) @bizutesfaye 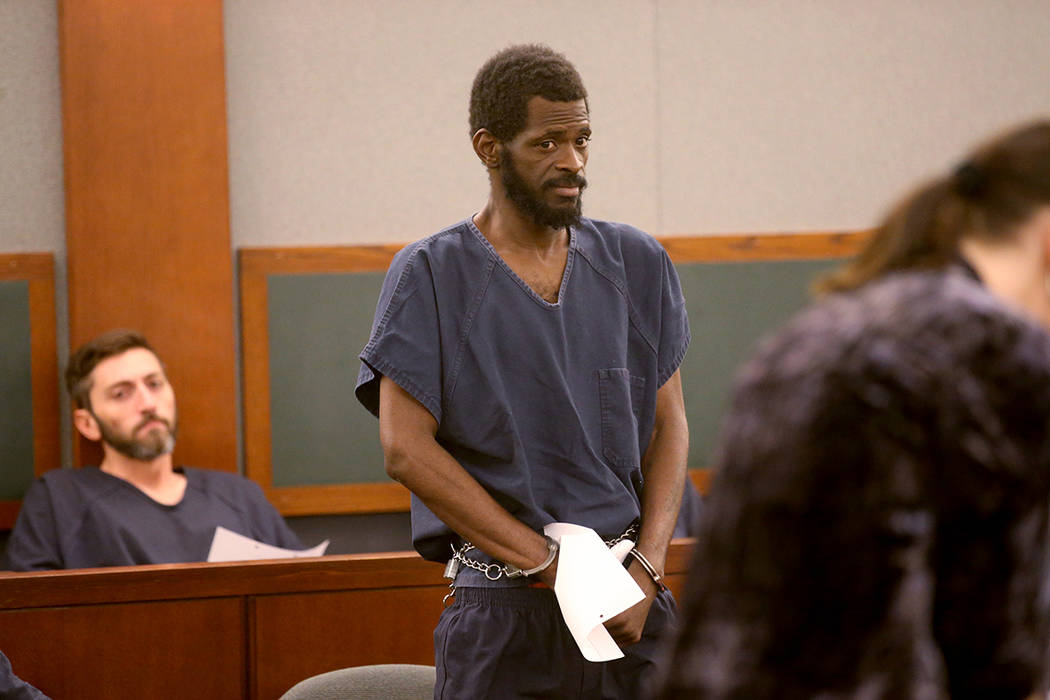 Clinton Taylor appears in court with Deputy Public Defender Sarah Hawkins at the Regional Justice Center in Las Vegas on Wednesday, Sept. 4, 2019. Taylor faces one count of murder with a deadly weapon, accused of randomly bludgeoning a woman to death with a sledgehammer early Thursday at a Las Vegas laundromat. (K.M. Cannon/Las Vegas Review-Journal) @KMCannonPhoto

The random victim bludgeoned to death with a sledgehammer last week at a laundromat was identified Thursday as a 72-year-old Las Vegas woman.

She was Diana Jeanne Langlume, according to the Clark County coroner’s office, which has determined that she died of blunt force trauma to her head and neck.

The Metropolitan Police Department has said that Langlume, who had been doing her laundry early on Aug. 29, called 911 at about 5 a.m. from the Twin Lakes laundromat near Rancho and Washington drives to report a man outside with a sledgehammer. She stayed on the phone with 911 until she screamed and the call dropped.

By the time officers arrived, after pinging her location using cellphone towers, she was found dead just outside the laundromat.

The oldest of three sisters, the woman, who had been homeless “for a while,” had been staying with her daughter at the time of her death, according to her sister Linda Langlume, who lives in the Seattle area.

“The whole thing is terrible and just not how anybody deserves to go,” she said during a brief phone call Thursday with the Las Vegas Review-Journal. “It’s very, very sad. Just unbelievable.”

The suspect in the killing, 36-year-old Clinton Taylor, is being held without bail at the Clark County Detention Center on a murder charge. Relatives, describing him as sporadic, violent and scary, have said he is mentally ill and had spent years in and out of mental health treatment.

He was arrested behind the laundromat, where police said he was found holding a sledgehammer in his hands and with blood on him.

“Our heart does go out to that lovely woman who was just minding her own business and washing her clothes,” the suspect’s cousin Char-main Beverly previously told the Review-Journal. “No one deserves that. And it’s no excuse, but I want the world to know he was sick.”

In his arrest report, first released Wednesday, officers documented two other instances in which Taylor threatened family members — one in April while holding a metal pipe, and another time in August 2018 while holding a shovel.

According to a separate report obtained by the Review-Journal, Taylor in June 2018 also walked up behind a woman on the sidewalk of the street where his father lived, holding a shovel.

The woman — a neighbor — turned around in time to recognize him and realize he was holding the shovel above her head. She screamed for Taylor’s father, and the son ran inside the house, according to the report. The woman agreed to not press charges.