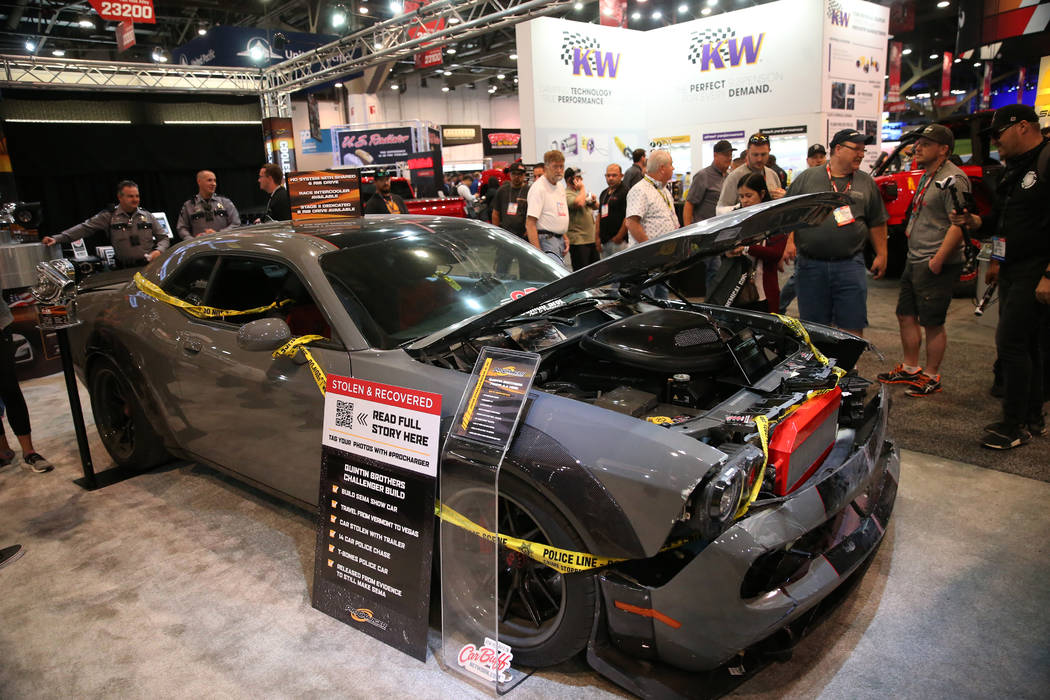 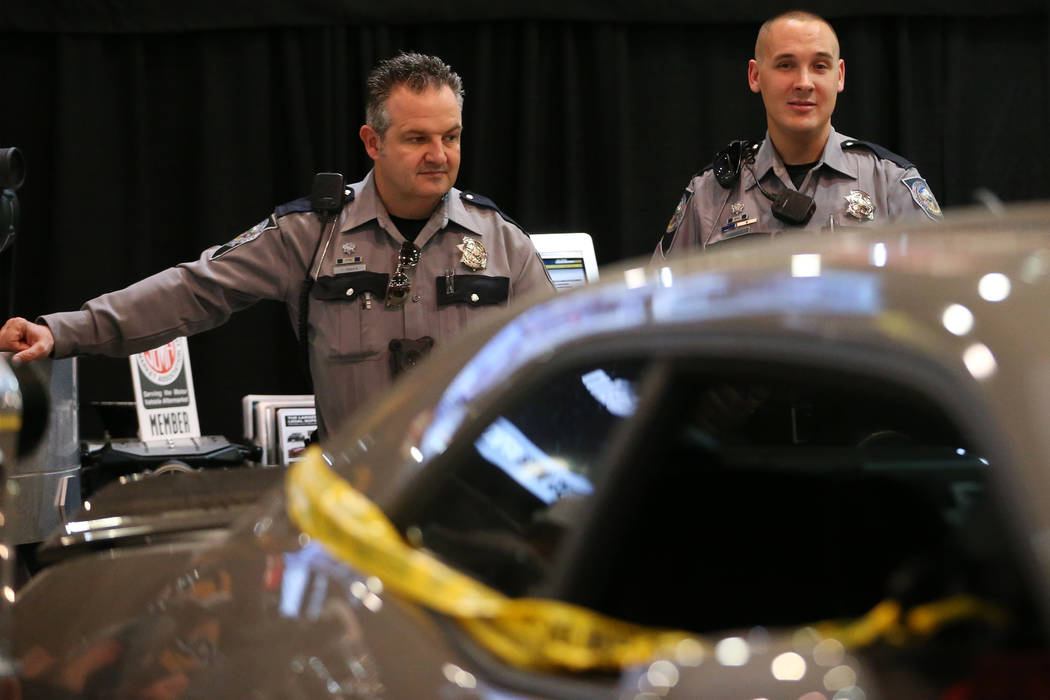 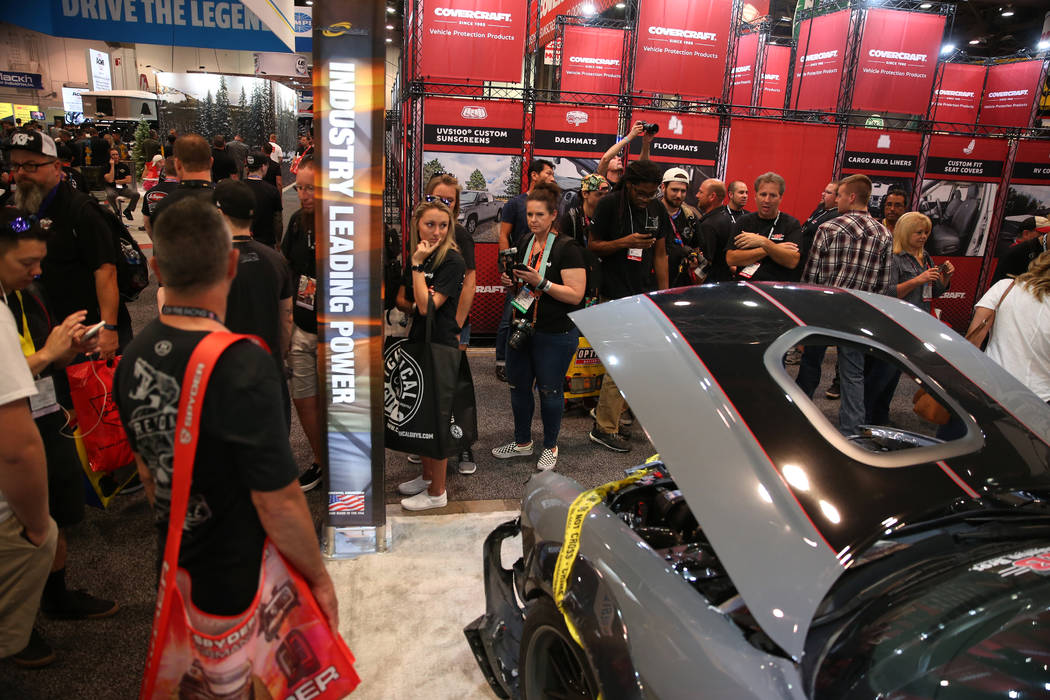 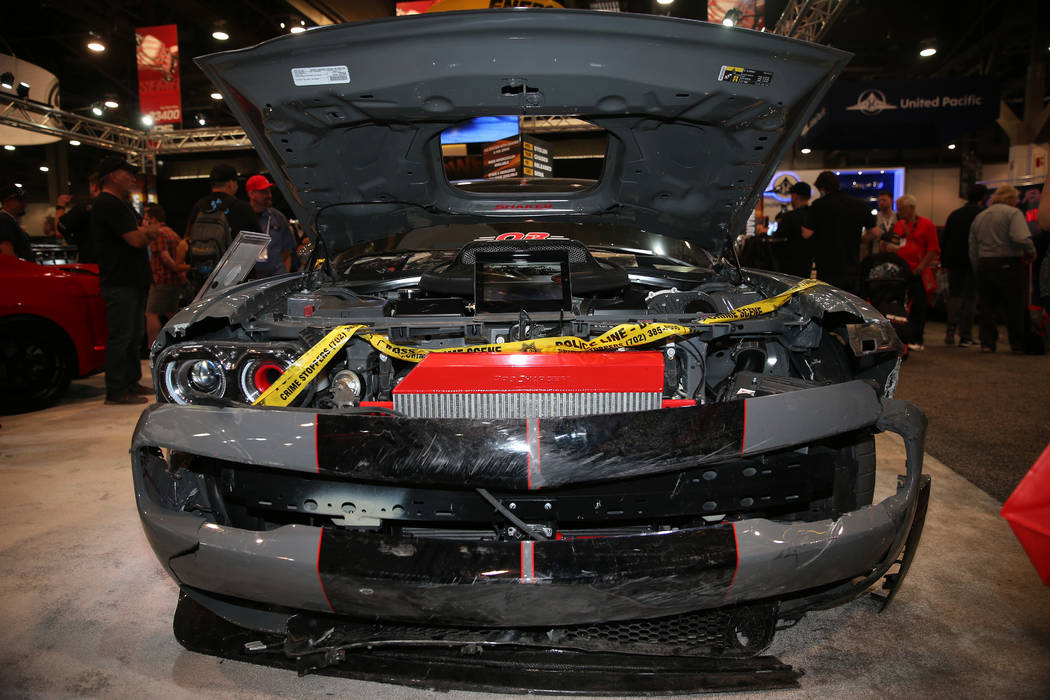 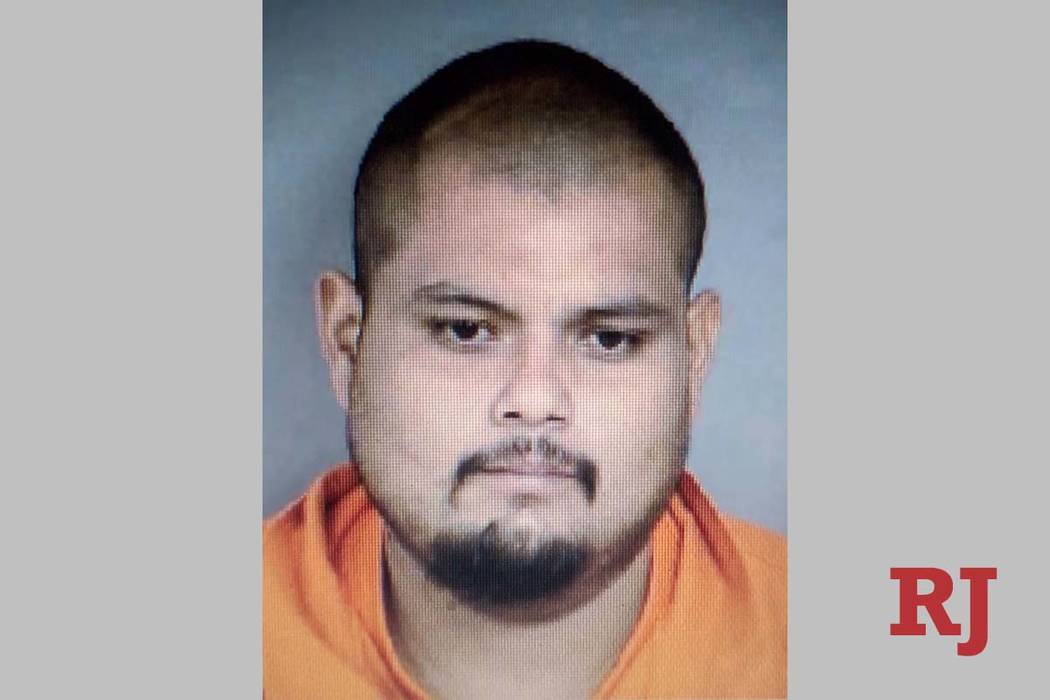 North Las Vegas police arrested a man accused of stealing a Dodge Challenger and ramming a Nevada Highway Patrol vehicle with it last week, after police said he shot a stranger early Tuesday.

Jesse Grano, 31, was arrested on suspicion of attempted murder with a deadly weapon, possession of a firearm by a prohibited person and three counts of child abuse or neglect, jail records show. Those charges are unrelated to when Grano allegedly rammed the trooper patrol car Oct. 30.

About 3 a.m. Tuesday, North Las Vegas officers were called to the El Super grocery store, 2021 E. Lake Mead Blvd., after a report of a shooting, North Las Vegas Police Department spokesman Eric Leavitt said. When officers arrived, they found a man suffering from a gunshot wound to his shoulder.

The man was hospitalized with injuries that were not life-threatening, Leavitt said.

Detectives determined the man who was shot encountered Grano outside the store, when the two strangers got into an argument, Leavitt said.

“It kind of goes to show how dangerous this guy was,” Leavitt said. “He rammed a NHP guy for no reason. He was waiting (outside the store) for this guy.”

Police believe Grano waited outside the store to shoot the other man when he left. Grano was with his girlfriend and her three children, who were in the car at the time of the shooting, Leavitt said.

Officers were patrolling the area Tuesday morning when an officer spotted a truck that matched the description of the car Grano was driving, parked outside the Starlite Motel, 1873 Las Vegas Blvd. North, less than a mile from where the shooting happened.

The officer who spotted the truck noticed that the motel room door directly in front of the car was open, and a man inside the room matched Grano’s description. Officers surrounded the room, and Grano surrendered without incident shortly after, Leavitt said.

In connection with the Highway Patrol case, Grano faces felony charges of battery with a deadly weapon, disobeying a police officer and endangering others and two counts of possessing a stolen vehicle, as well as misdemeanor charges of reckless driving, driving without a license and failing to obey traffic control devices, court records show.

On Oct. 30, a trooper found a Dodge Challenger matching the description of a stolen vehicle in the parking garage at the Rio. Before he could get into his car to confront the driver, the Challenger rammed into the patrol car, the Highway Patrol has said.

The man sped out of the parking garage, and the Challenger was later found abandoned near Boulevard Mall at Maryland Parkway and Desert Inn Road.

The Dodge Challenger that Grano allegedly used to ram the trooper was on display Tuesday at the Specialty Equipment Market Association trade show at the Las Vegas Convention Center.

The car parts company ProCharger planned to help bring the car to the convention for display because it was outfitted with some of the company’s parts. The car was stolen after it made it to Las Vegas.

Highway Patrol troopers stood next to the banged-up Challenger in case any of the show’s attendees had questions about what happened to the vehicle.

Trooper Alan Whitmarsh recounted how he found the stolen Challenger on Oct. 30 on the second floor of the Rio parking garage.

“Once he saw me, he put it in drive and rammed me,” Whitmarsh said. “At which point I steered right to keep him pinned in and keep him there.”

Whitmarsh described rushing out of his car and pointing his gun at the Challenger’s driver, who escaped. Whitmarsh chased the Challenger out of the garage, down Twain Avenue, to Polaris Avenue and Spring Mountain Road. Troopers lost the driver once he made it to Las Vegas Boulevard.

Whitmarsh, who said he was driving a 2015 Ford Interceptor during the pursuit, said the Challenger was just too fast.

“He was cooking,” the trooper said.