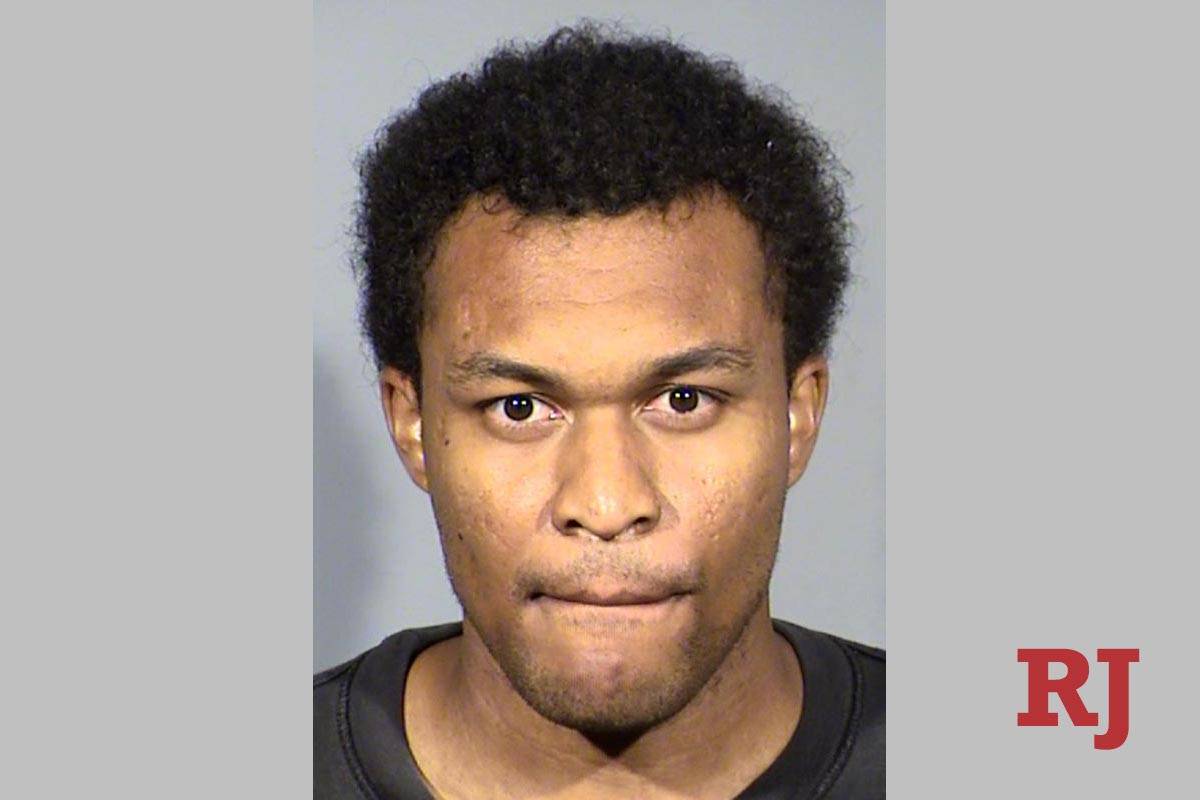 A Las Vegas man has been charged with a pair of west Las Vegas robberies, one in a library parking lot and another in which a female victim was dragged alongside her vehicle as it was being stolen.

Decari Gene Lide, 25, is charged with two counts of robbery and one count of battery causing substantial bodily harm. He was arrested after police were called to two robberies within 20 minutes in the area of North Buffalo Drive and West Cheyenne Avenue.

The first involved a man who parked his car in the Rainbow Library parking lot, 3150 N. Buffalo Drive, at 11:50 a.m. Sept. 5. The victim said a man approached him as he was getting out of his car, then started yanking on his arm, trying to pull him from his vehicle. The victim retrieved pepper spray and used it to fend off the attacker, who stole his keys in the struggle before running off.

Seventeen minutes later, police were called to a car crash at apartments on the 3100 block of Soft Breezes Avenue, near North Buffalo and Cheyenne.

“A red Pontiac coupe drove into the complex wall and a female was screaming for help,” police wrote in Lide’s arrest report.

A woman said she had pulled into the apartment complex, got out to retrieve her mail and saw a man attempting to steal her vehicle. She ran to the car and grabbed at the driver’s side door as the man started to drive off.

The woman was thrown from the side of the vehicle, causing severe scrapes and “road rash,” police said. The car crashed into an apartment complex wall and the suspect fled.

Police later arrested Lide when a man called police saying he was in an accident and wanted to turn himself in. Lide told police he was at the scene of both incidents, according to the report.

His case has been moved from Las Vegas Justice Court to District Court to evaluate his mental competency, court records show.