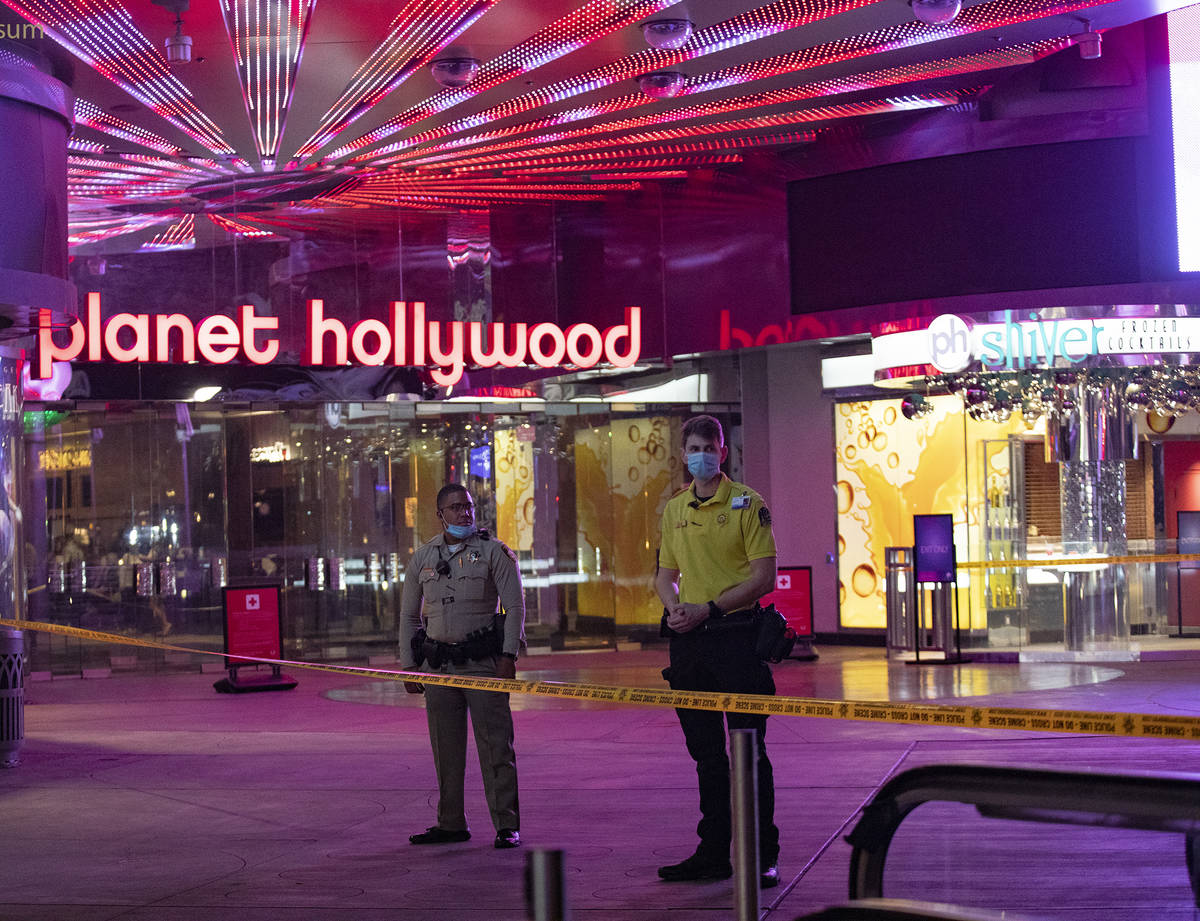 Police and security on the scene on the Strip where a man was shot at the Miracle Miles shops in Las Vegas, Sunday, Oct. 11, 2020. (Rachel Aston/Las Vegas Review-Journal) @rookie__rae 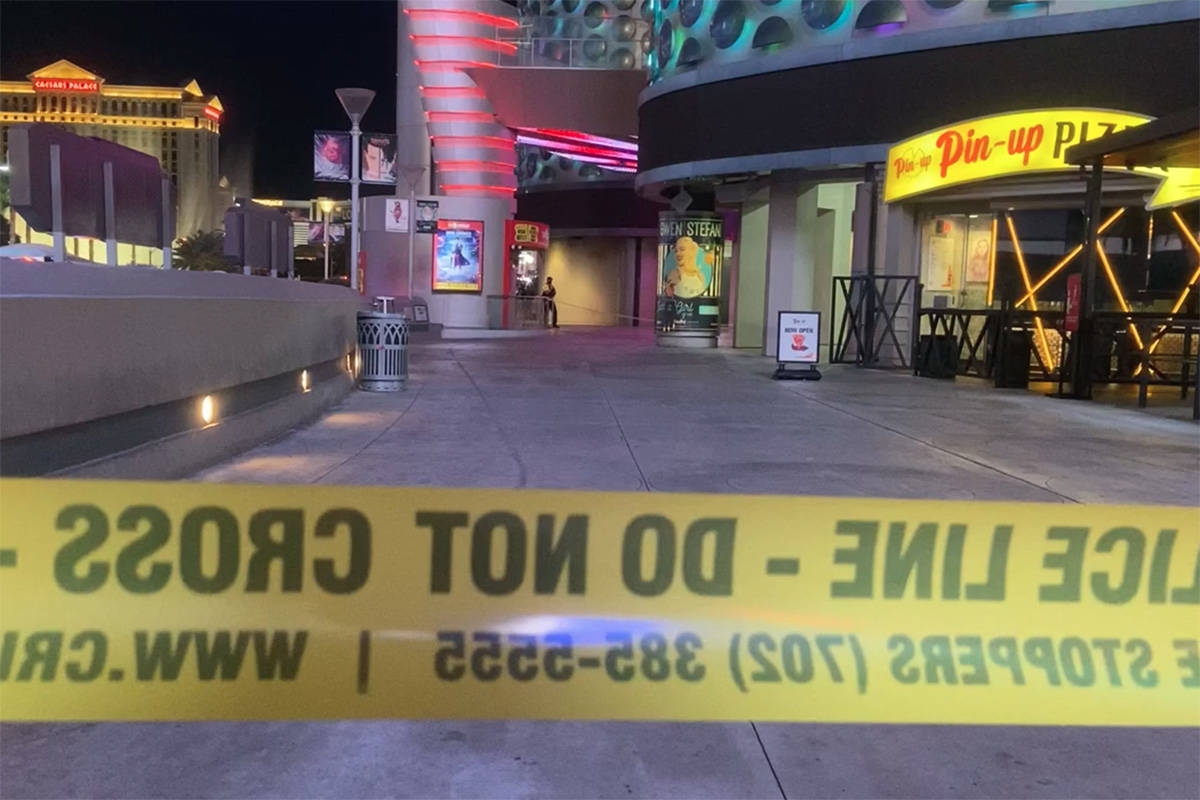 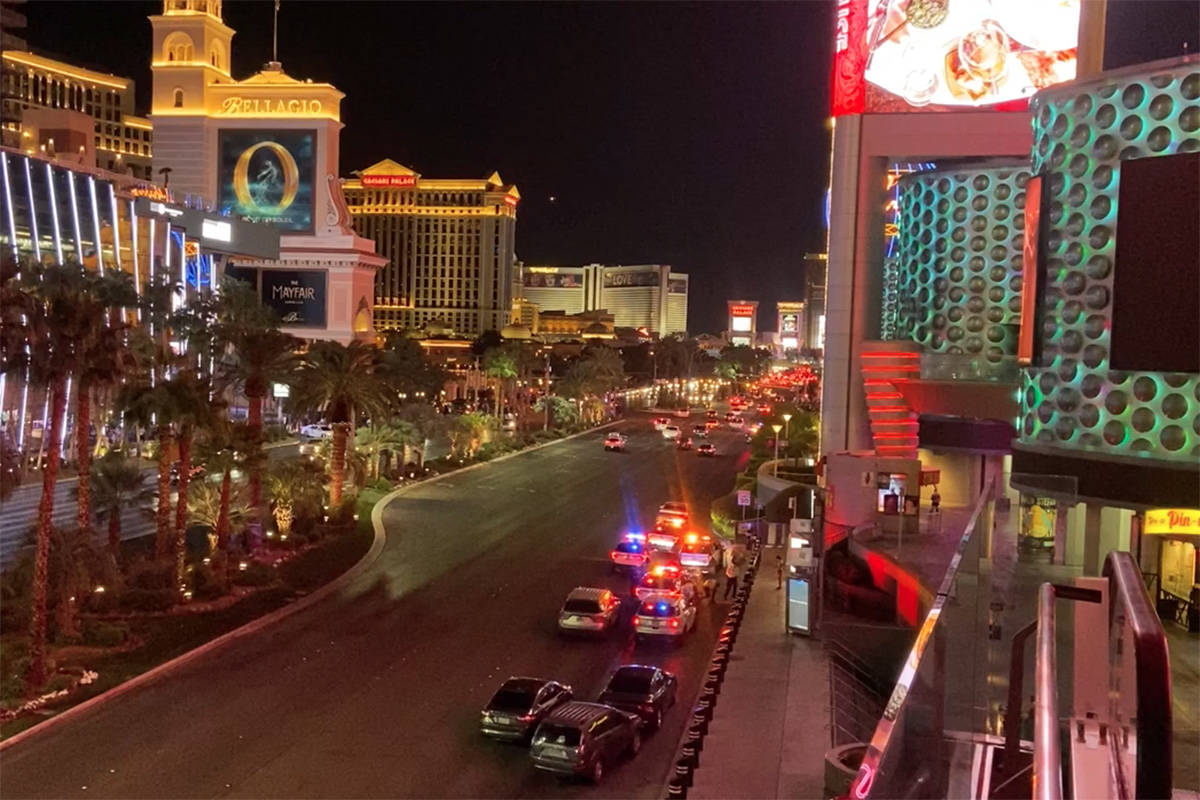 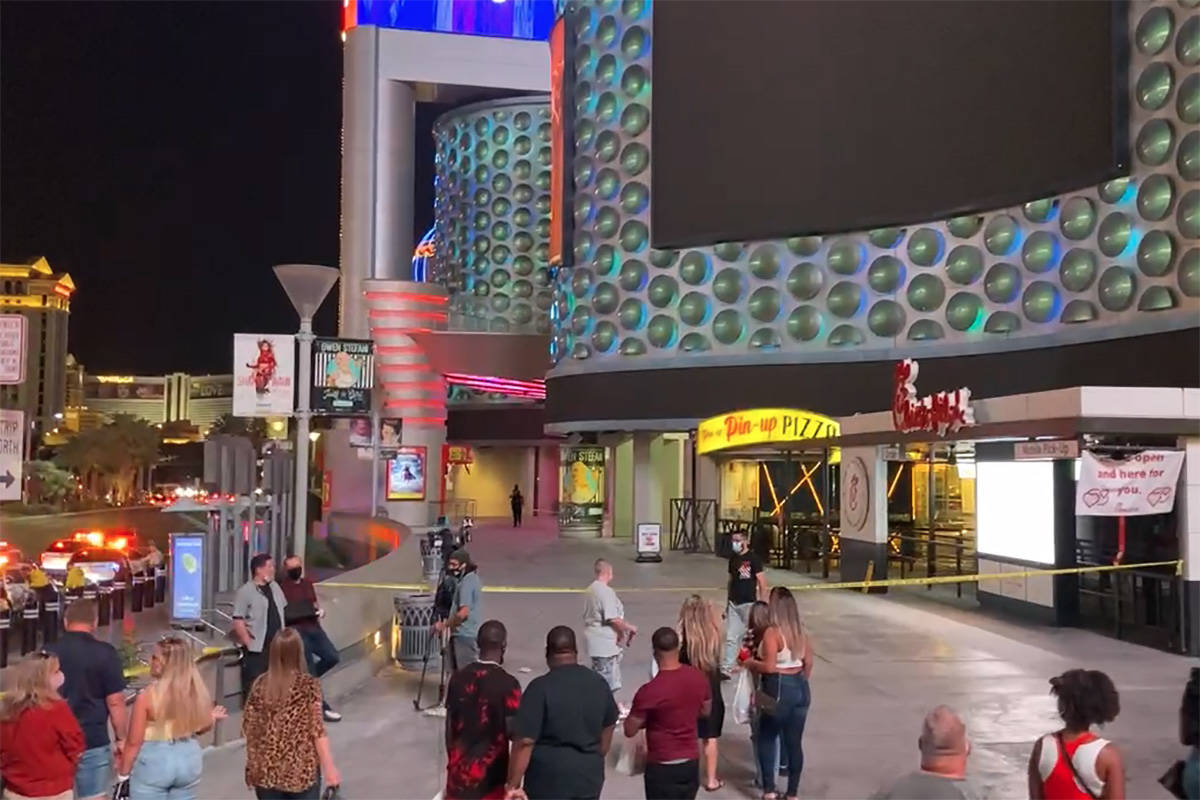 People gather at the scene of a shooting outside the Miracle Mile Shops on the Las Vegas Strip on Sunday, Oct. 11, 2020. (Rachel Aston/Las Vegas Review-Journal) 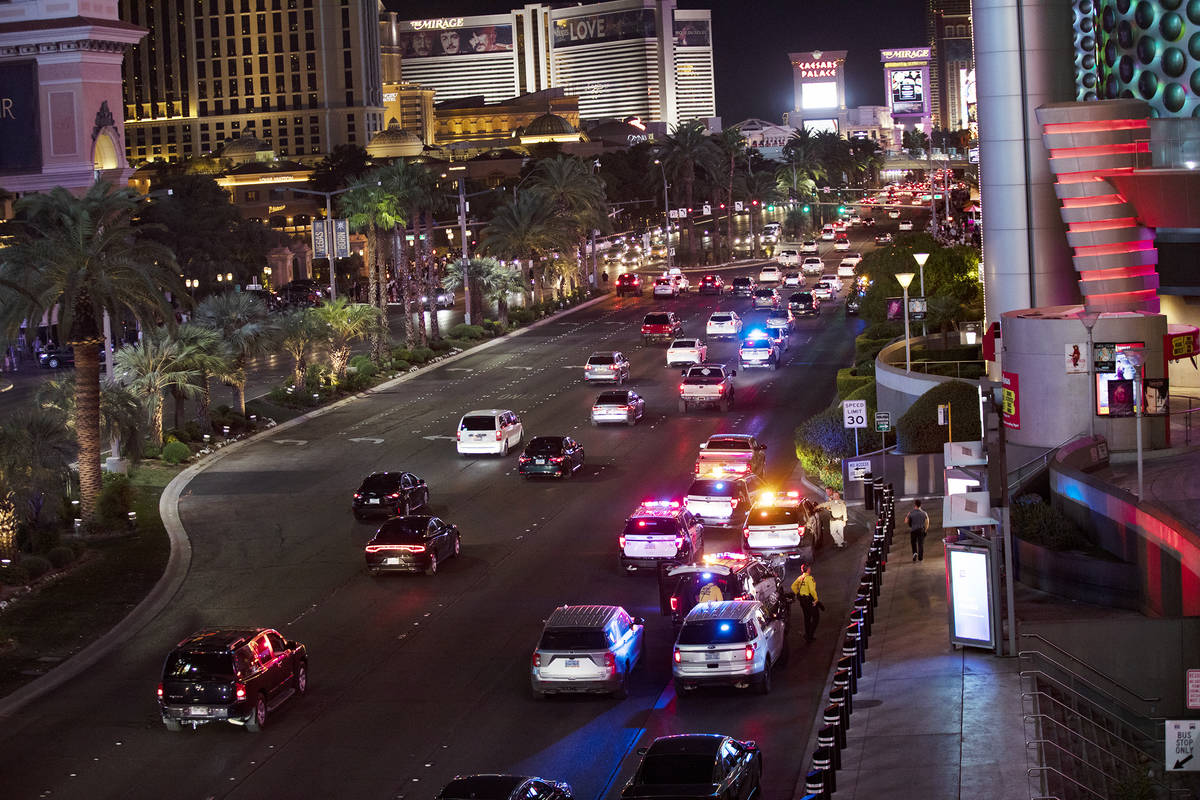 The scene on the Strip where a man was shot at the Miracle Miles shops in Las Vegas, Sunday, Oct. 11, 2020. (Rachel Aston/Las Vegas Review-Journal) @rookie__rae 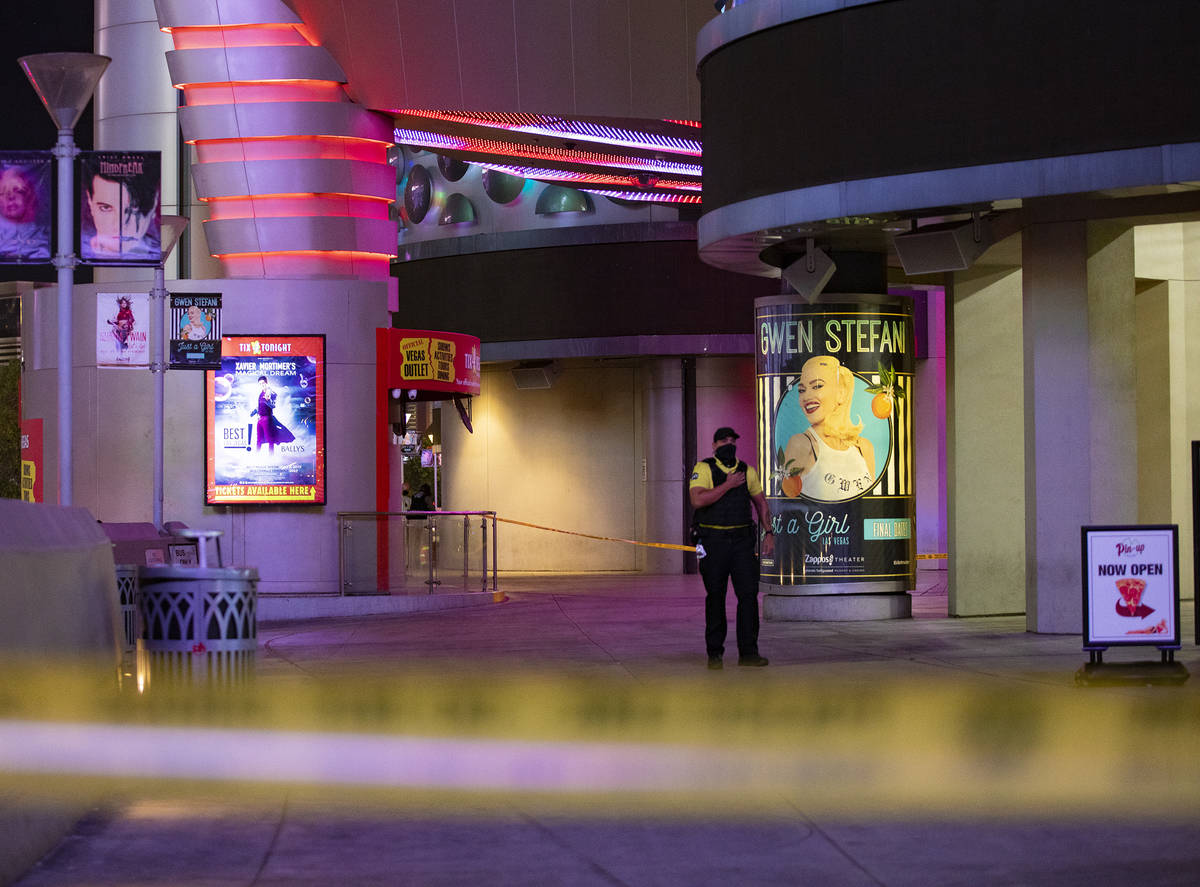 A security guard at the scene on the Strip where a man was shot at the Miracle Miles shops in Las Vegas, Sunday, Oct. 11, 2020. (Rachel Aston/Las Vegas Review-Journal) @rookie__rae 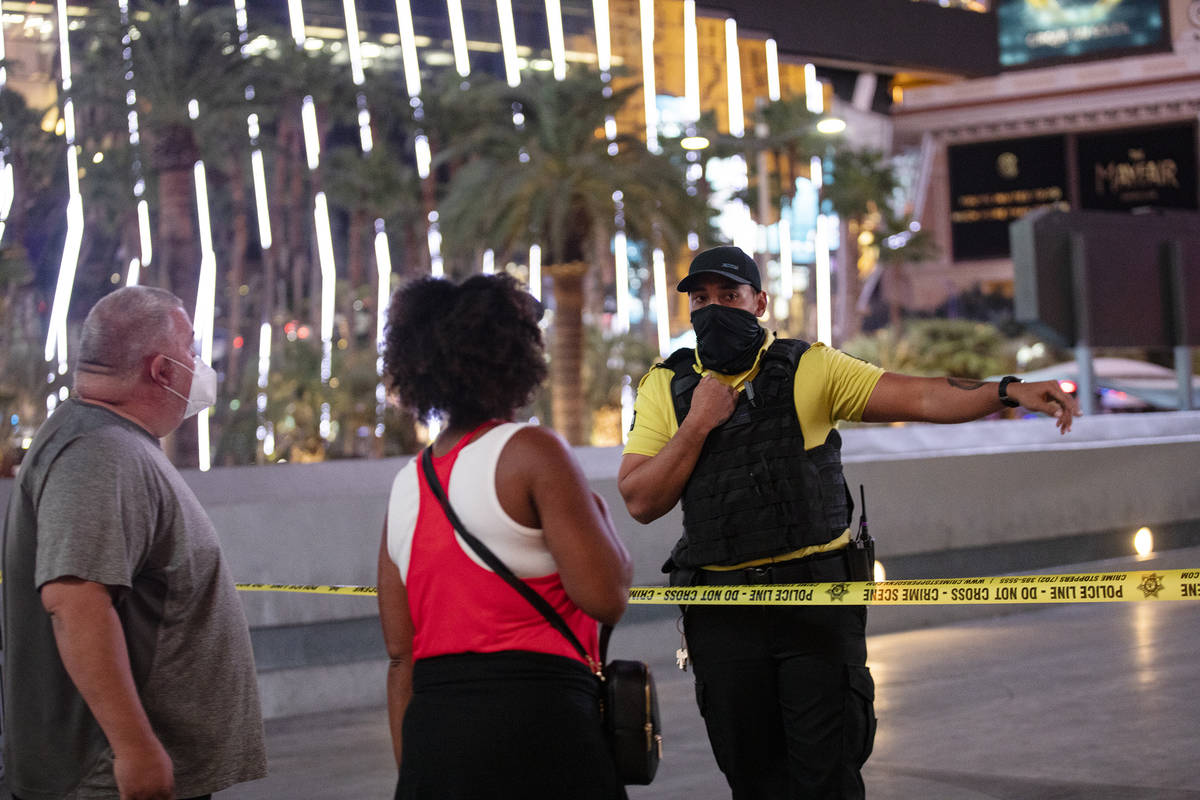 A security guard speaks with onlookers at the scene on the Strip where a man was shot at the Miracle Miles shops in Las Vegas, Sunday, Oct. 11, 2020. (Rachel Aston/Las Vegas Review-Journal) @rookie__rae

A man was injured in a shooting Sunday night at the Miracle Mile Shops on the Strip, according to Las Vegas police.

Lt. Brian Boxler said officers were called to the shops at Planet Hollywood Resort around 7:27 p.m. in response to a shooting that sent one man to the hospital with unknown injuries. The man is expected to survive, he said.

Boxler said police believe the shooter ran north on Las Vegas Boulevard, but “this is NOT considered an active shooter at this time,” Boxler said in a text message.

No arrests had been made as of late Sunday.

Sunday’s shooting is the latest in a wave of violence recently in the resort corridor. It also comes a day after a person was hospitalized after an attack by a group of people on the Strip.

Police said last week that they are making progress. They’ve added patrols, enhanced partnerships with Strip gaming properties and implemented a pair of enforcement operations aimed at pulling guns off people on the boulevard.