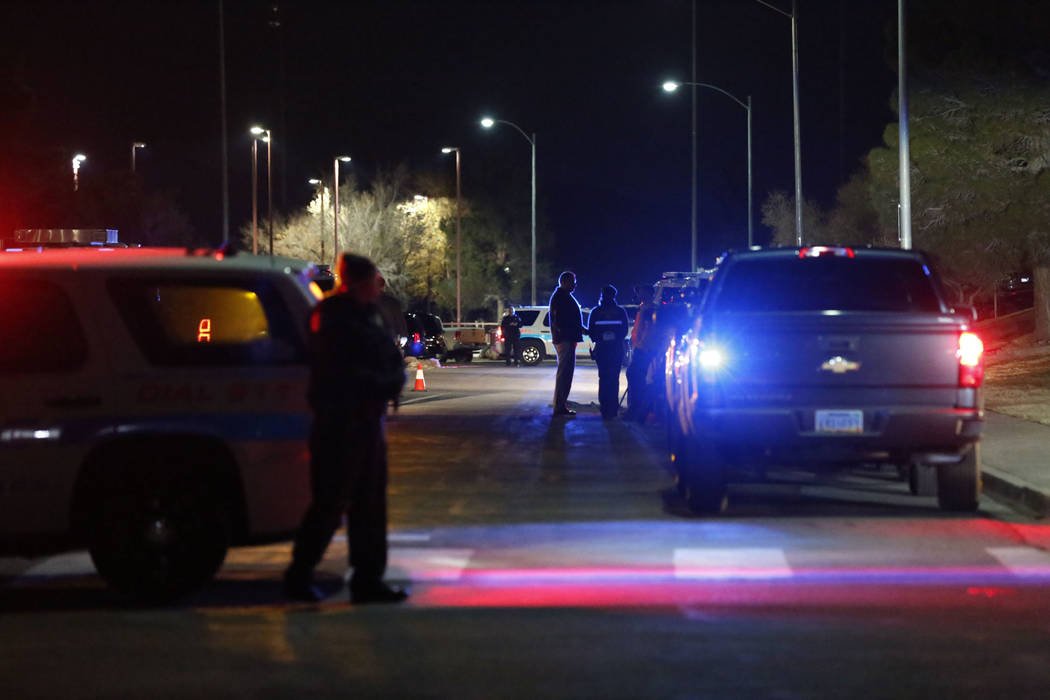 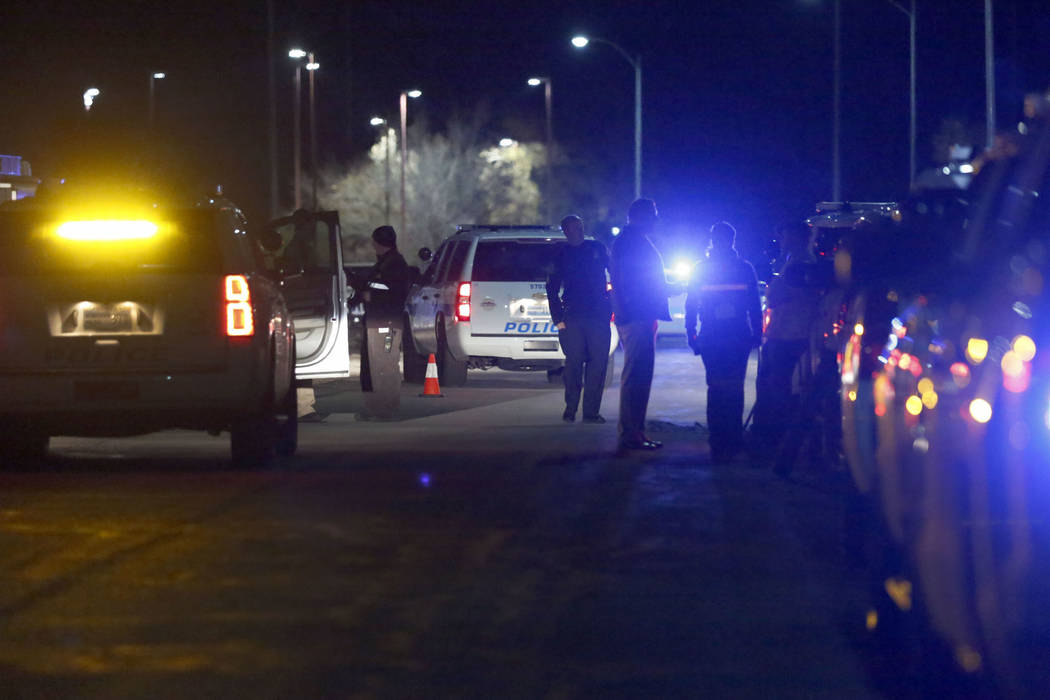 The footage showed 42-year-old Daniel Thornburg shooting at officers while they tried to take him into custody.

Police said officers had pulled over two people on a blue Suzuki motorcycle on the 300 block of Cannes Street. Police said the bike had been stolen from Boulder City.

The riders told police the bike belonged to Thornburg, and that they had just seen him in a nearby house, police said.

When officers searched the house, they found Thornburg on the roof of an RV in the backyard, Deputy Chief David Burns said in a video posted to the department’s YouTube page.

The body camera footage showed officers yelling at Thornburg to get off the RV and put his hands up, then approach the vehicle when he wouldn’t come down.

Thornburg, who was hanging onto the ladder on the back of the RV, started firing at the officers after one of them yelled, “I’m gonna tase you,” the footage showed. Officers returned fire.

Thornburg was struck, and officers performed life-saving measures on him, Burns said. A handgun that had been stolen in an auto burglary was recovered from the scene and booked as evidence, Burns said.

He was arrested on charges of attempted murder of a protected person, possession of a stolen firearm and possessing a firearm as an ex-felon, police said.

He is being held in the Clark County Detention Center without bail, and his next court date is set for Feb. 6.

In March, Thornburg pleaded guilty to a felony charge of possession of a stolen vehicle, District Court records show. He was sentenced to probation on Nov. 18. Further information about the case, which stemmed from a 2016 charge, was not immediately available.