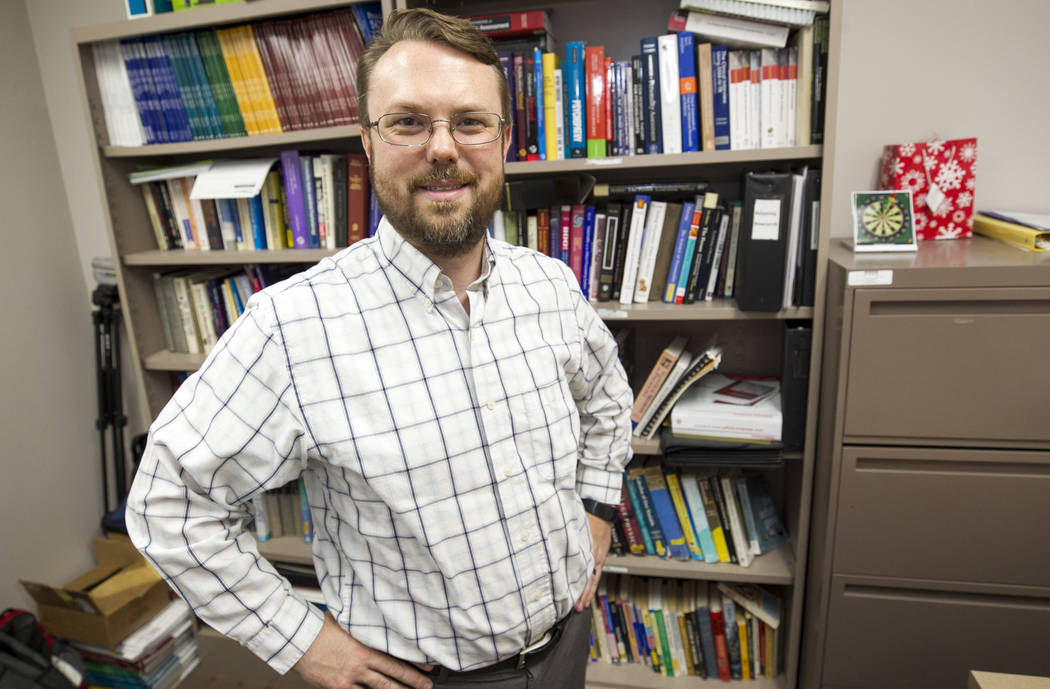 Exasperated by reporters asking if he knew why Stephen Paddock went on his horrific shooting spree, Clark County Sheriff Joe Lombardo seemed to grit his teeth this week before spitting out his response: “I can’t get into the mind of a psychopath.”

In the absence of any answers about what led Paddock, 64, to became a stone cold killer, even “just the facts” lawmen like Lombardo are filling in the blanks with supposition.

UNLV psychology Professor Stephen Benning says it’s human nature to want an explanation for such a heinous an incomprehensible crime, but he’s fairly certain the sheriff missed the mark.

“Psychopath has become a shorthand term for a sadistic, extraordinarily violent individual,” said Benning, who has researched psychopaths for years.

“What is too often forgotten today is the impulsivity of a psychopath,” he said. “… That’s not Paddock. If there’s one thing we really know about him is that he was a planner. We just don’t have enough information to know what contributed to him doing what he did.”

Characteristics of a psychopath

Benning said psychopaths, also sometimes referred to as sociopaths, share three characteristics — meanness, impulsiveness, or “disinhibition” in psychiatric parlance, and boldness. And generally, he said, they exhibit those qualities repeatedly over a lifetime.

Up until now, he said, Paddock hadn’t demonstrated any of those qualities. Benning noted that Paddock hadn’t had serious problems with the law, no history of assaulting people.

Nor did Paddock exhibit the charisma or daredevilry so often seen in psychopaths. He dabbled in real estate, worked in an airline factory and planned for tomorrow by buying homes. He was content to live, in effect, behind the scenes.

“We don’t even know if lacked empathy in the rest of his life,” he said.

Benning says academics who try to make sense of human behavior are reading everything about the case that they can get their hands on.

So to are retired investigators like former FBI profiler David Gomez.

“A lot of these crimes stem from long-term fantasies,” said Gomez, who worked as a profiler for five years before retiring in 2011 as the senior assistant special agent in charge of the agency’s Seattle field office. “Paddock may have fantasized becoming the greatest mass murderer ever.”

But even if that was the case, he said, it’s almost impossible to identify the precipitating event that “pushes you from fantasy to reality.”

Like Benning, he said Paddock did too much planning to be a true psychopath.

“He probably thought about this for a long time,” he said.

He said he also wasn’t as cold as other killers he dealt with.

“He had a girlfriend, stayed in touch with his family, didn’t isolate himself entirely, was known to his neighbors,” said Gomez, who now works in communications.

He said the high-powered weaponry, ammunition and explosives that Paddock accumulated indicate a keen fascination with the military.

Brig Barker, who worked for the FBI for 21 years, many of them as a counterterrorism agent, has a somewhat different perspective.

Barker, who is now president and CEO of Red Rock Global Security Group in Colorado, said Paddock may have suffered from some sort of psychosis, though it’s impossible to say what it might have been at this stage of the investigation.

He said he believes the key to finding out what made Paddock act out in such a horrific way will be found in his childhood.

“I believe there was some trauma there,” he said.

He pointed out that Paddock’s father was a convicted bank robber who briefly was on the FBI’s “Most Wanted” list, speculating that his run- in with the law could have been the source of his mental anguish.

‘The trigger … is the mystery’

“The trigger for him doing this is the mystery,” Barker said. “It could have been bubbling beneath the surface for years. Or he got diagnosed with a terminal disease and blamed everybody else for it.”

Barker said it will be at least month before investigators get a decent sense of what made Paddock tick. And while law enforcement officials are so far discounting the Islamic State’s claim that “a soldier of the Islamic State” who had recently converted to Islam “carried out the operation in response to (IS) calls to target coalition countries,” Barker isn’t ruling that out.

He notes that the Islamic State’s AMAQ media arm, which claimed responsibility for Paddock’s attack, has been “fairly reputable to date.”

“So far there’s been no religious or ideological connection to terrorist groups, but I’m not ruling out a terrorism connection yet,” he said. “It’s too early.”