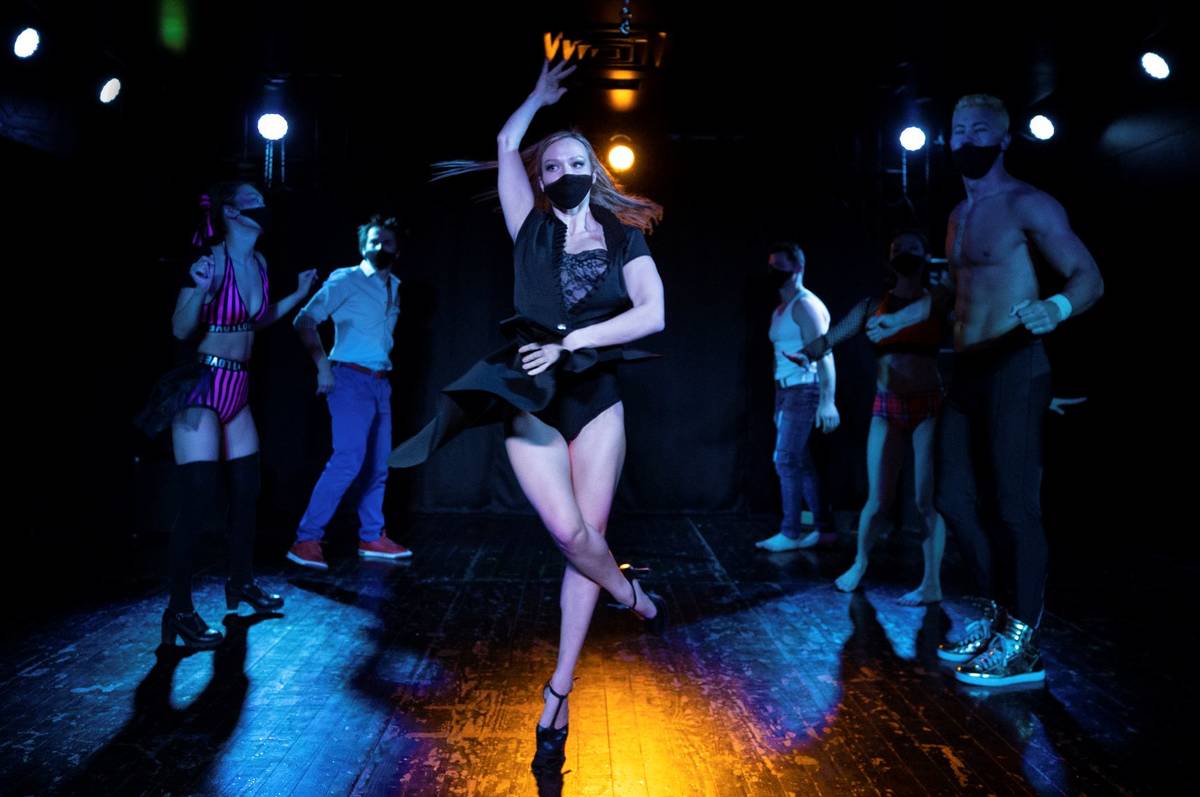 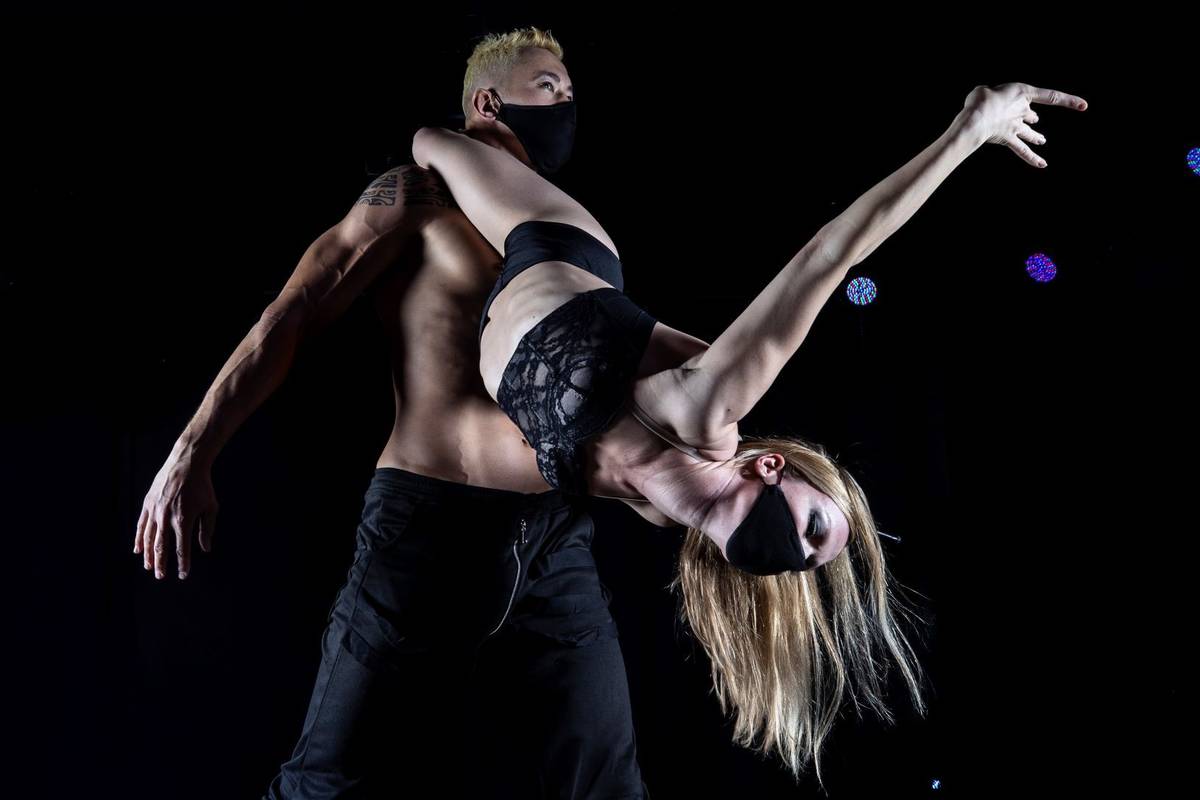 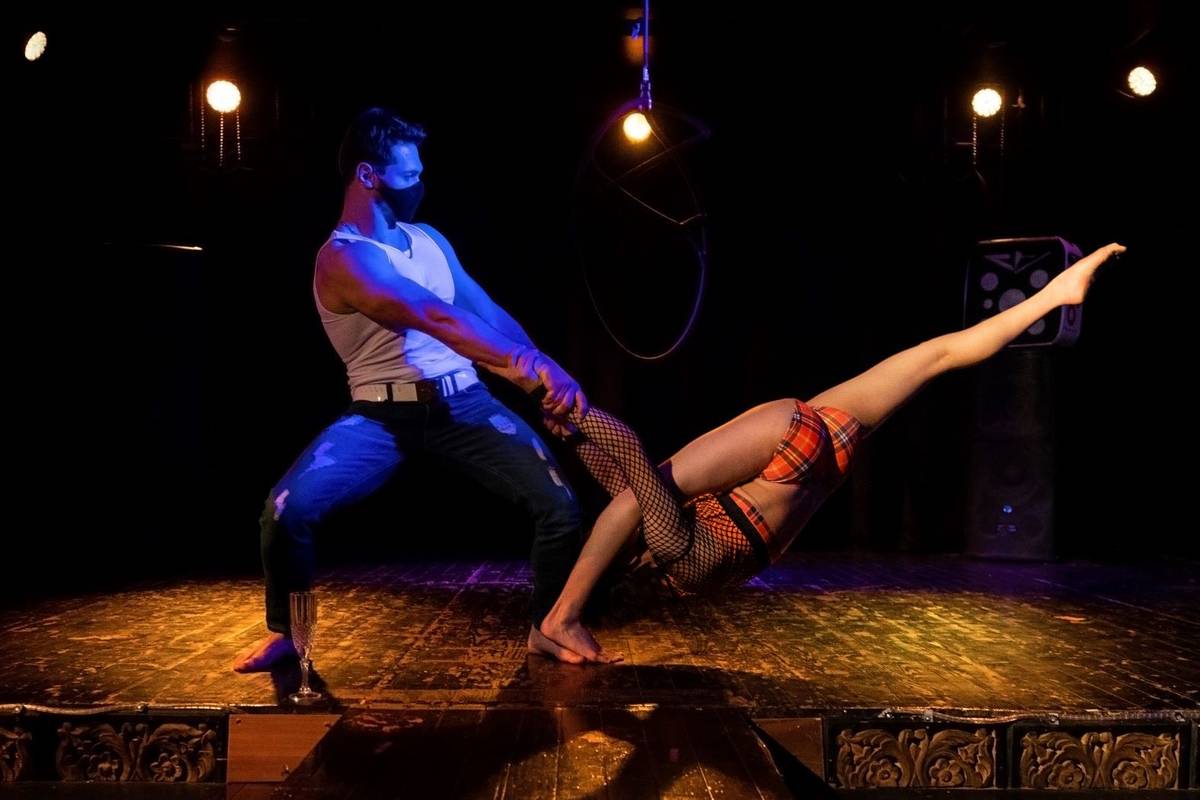 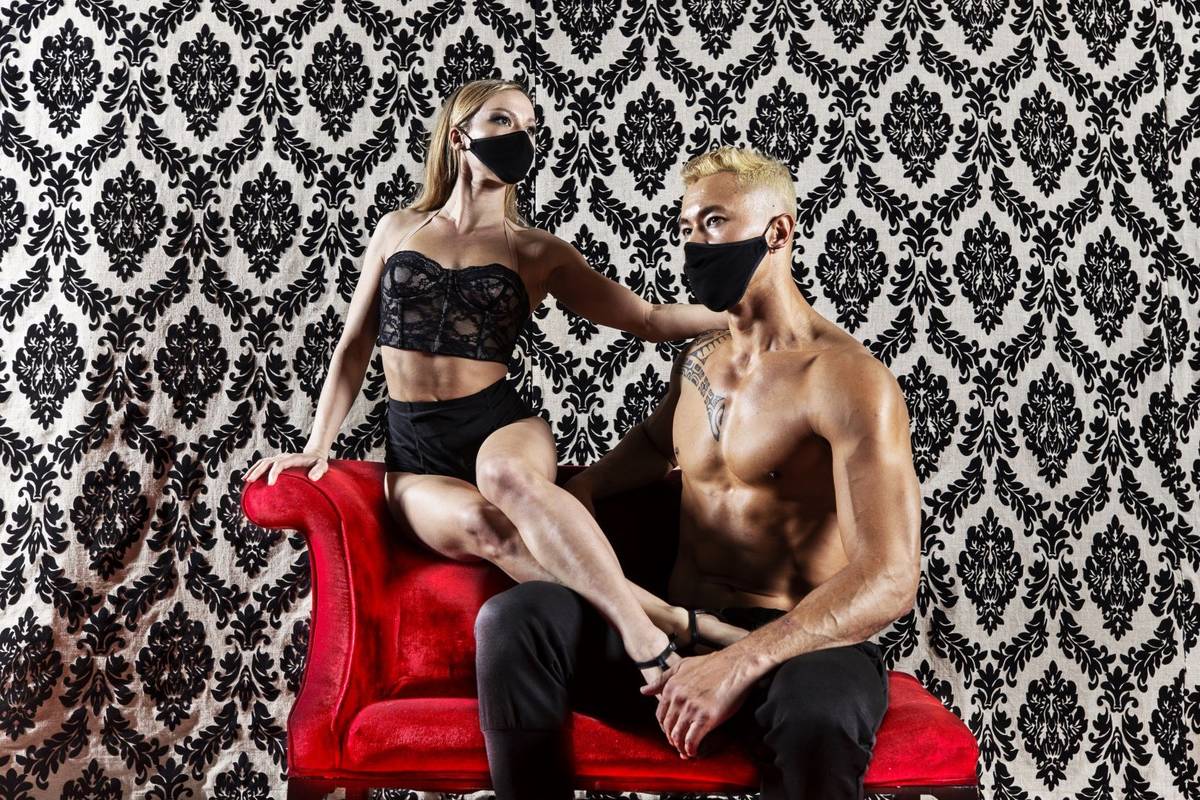 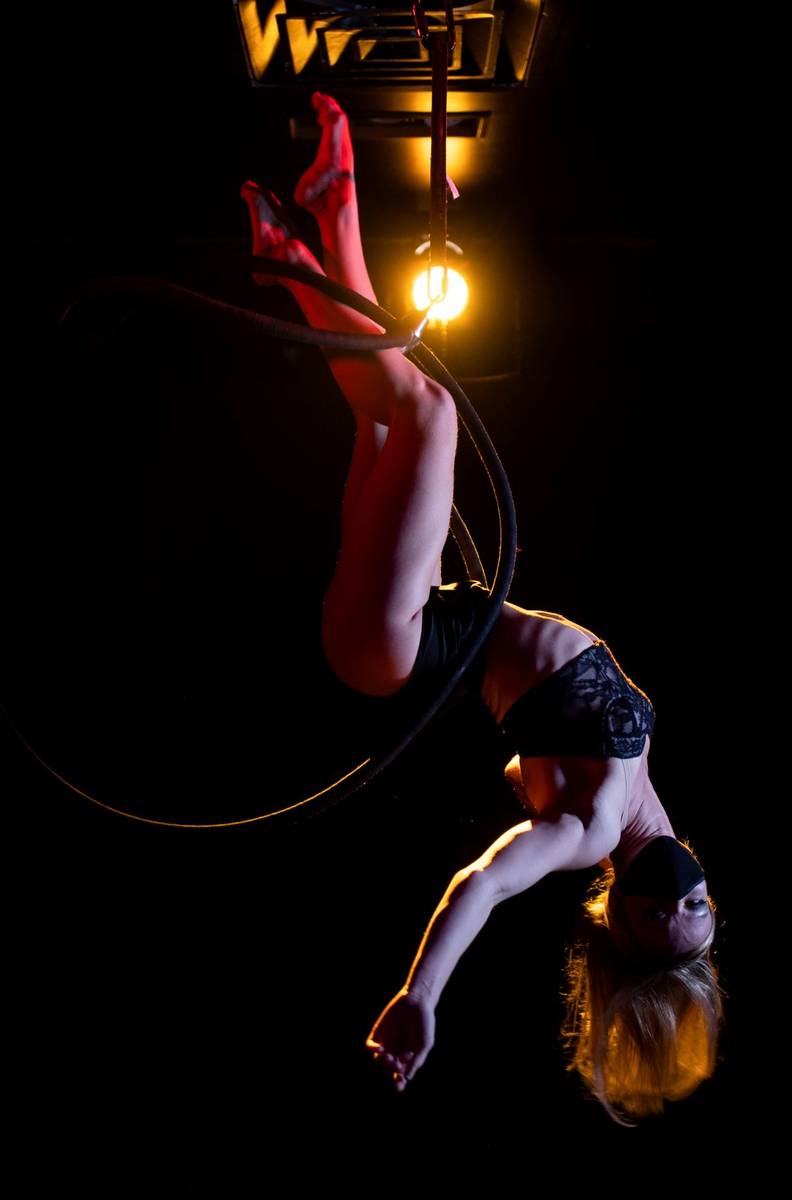 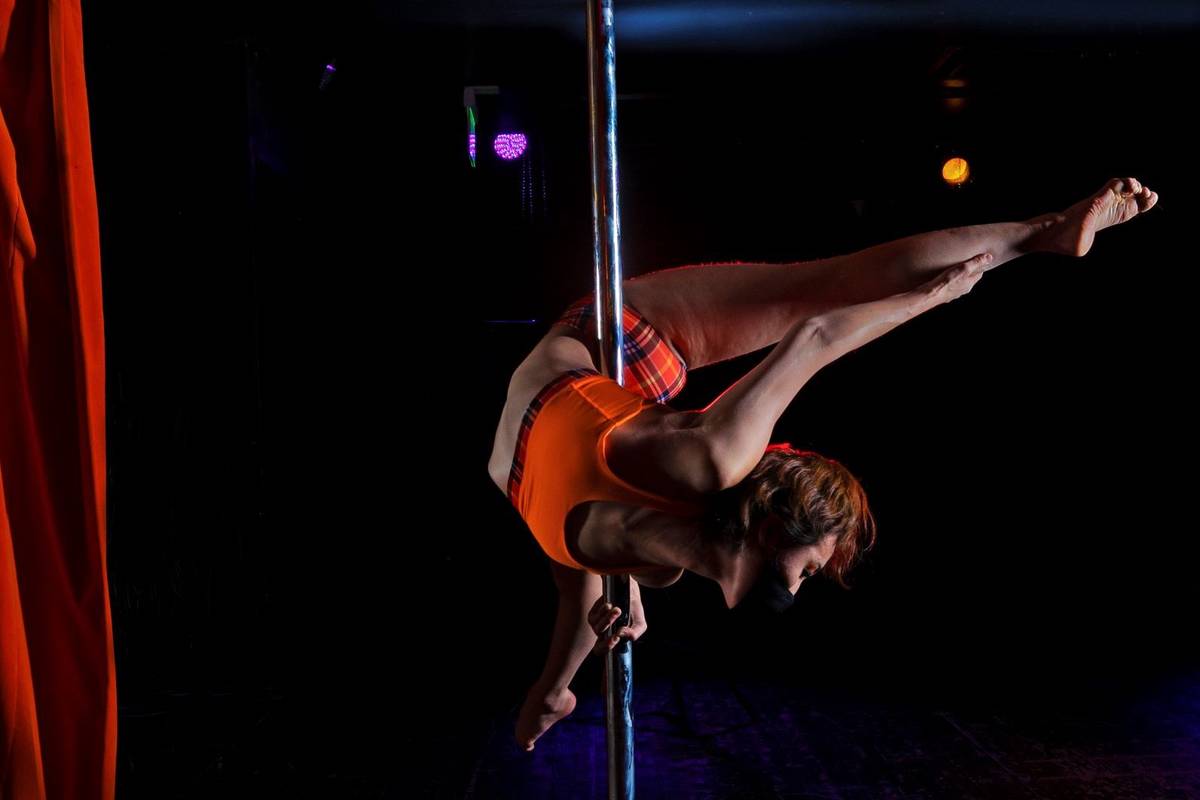 Natsumi Miyazaki rehearses on the pole for the Apero show on the Baobab Stage on Thursday, Feb. 11, 2021, in Las Vegas. (Benjamin Hager/Las Vegas Review-Journal) @benjaminhphoto 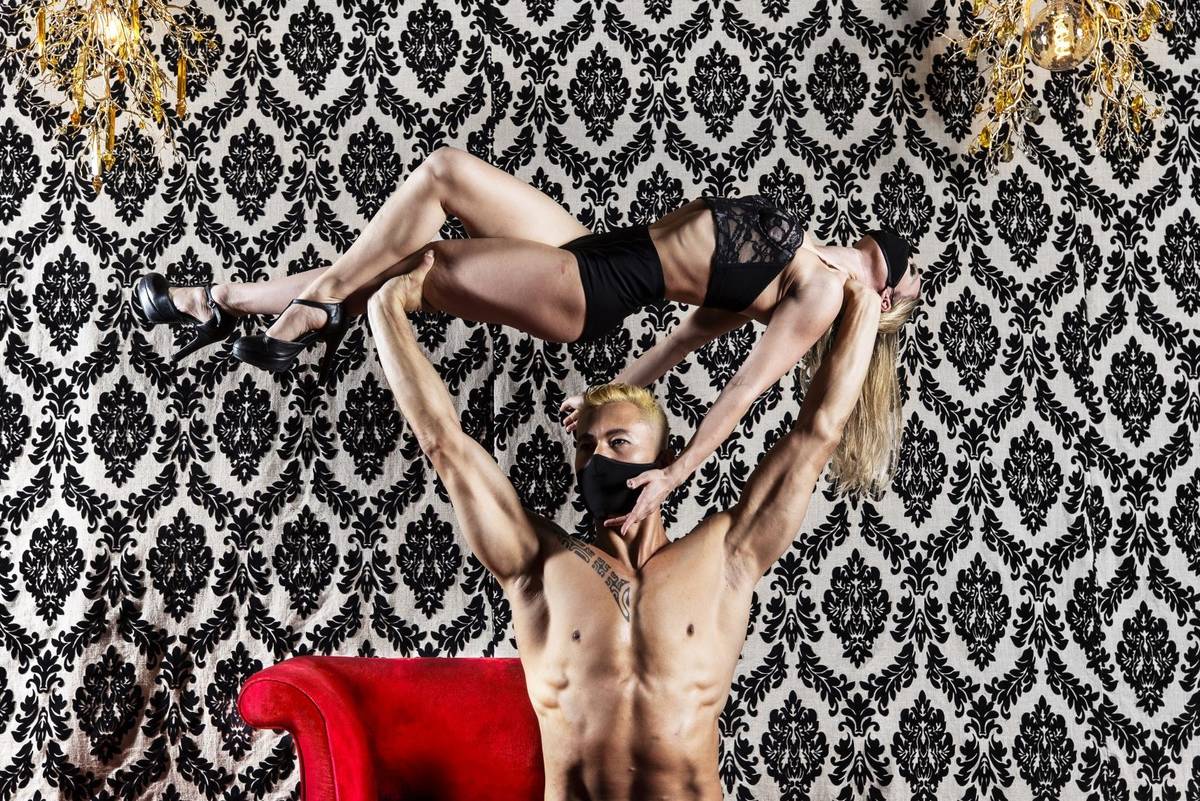 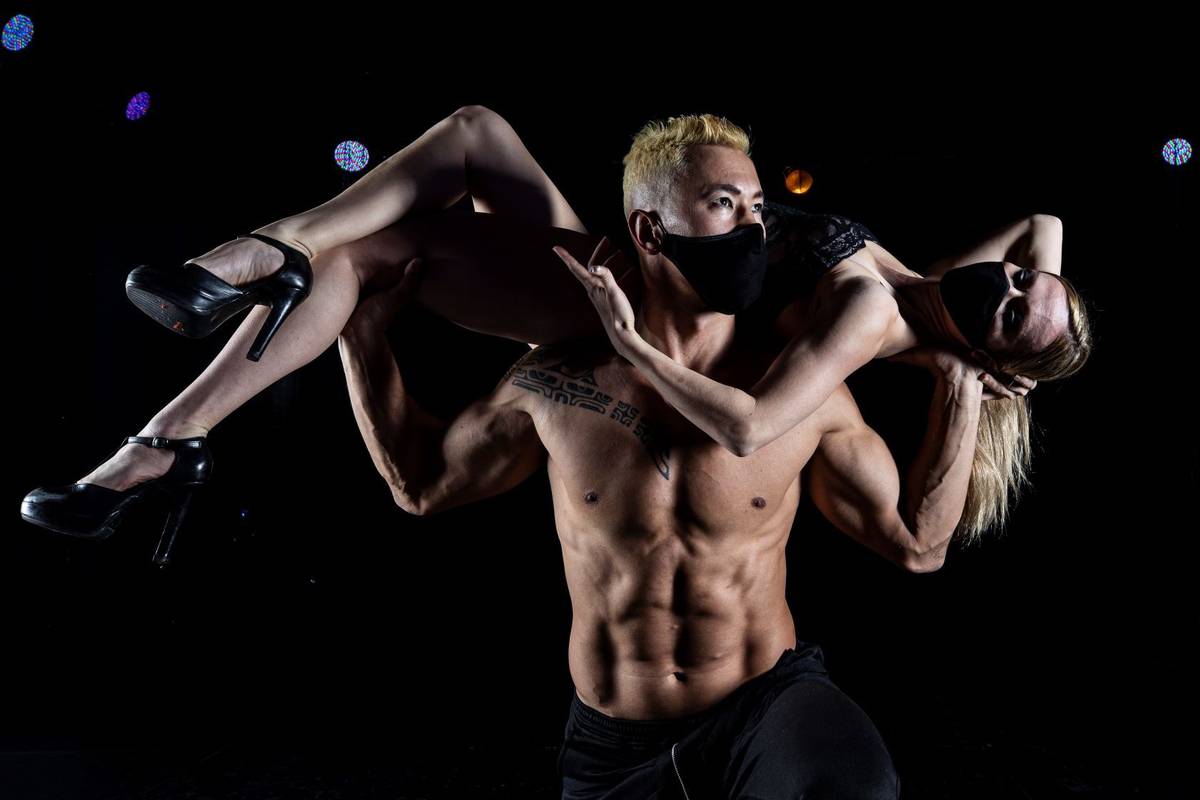 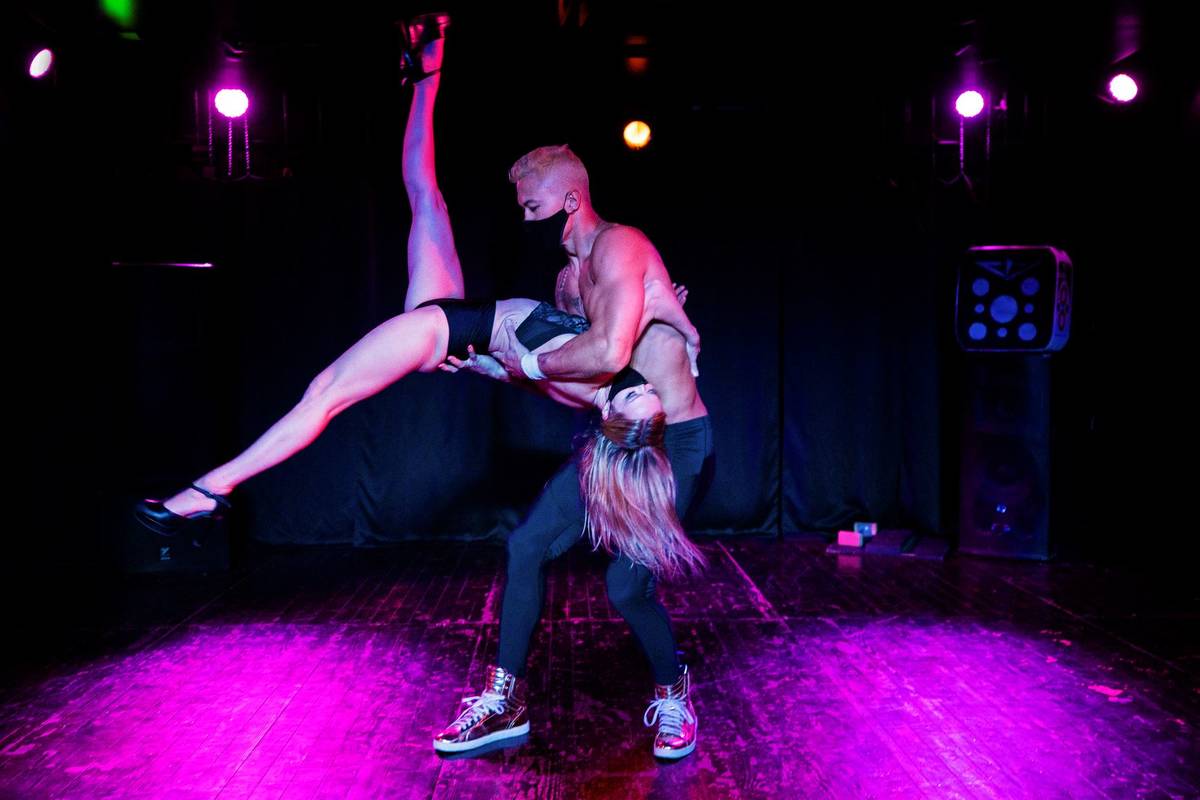 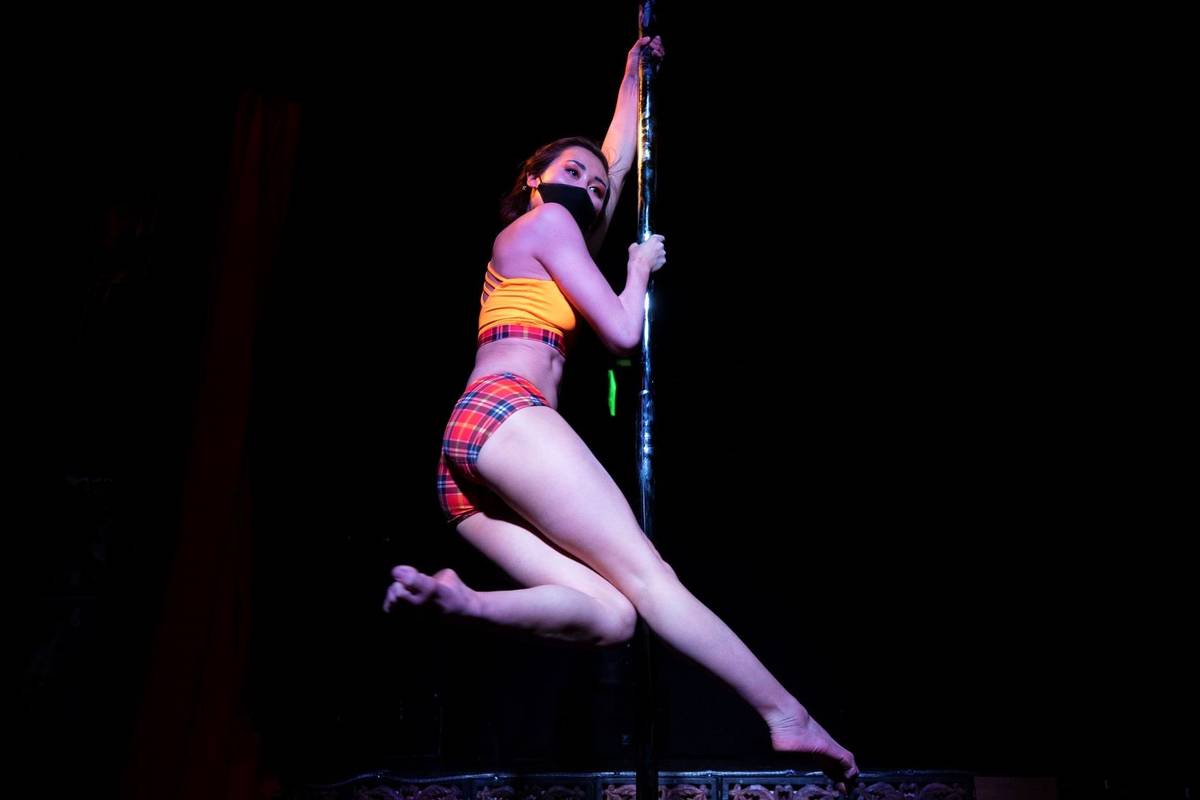 Natsumi Miyazaki rehearses on the pole for the Apéro show on the Baobab Stage on Thursday, Feb. 11, 2021, in Las Vegas. (Benjamin Hager/Las Vegas Review-Journal) @benjaminhphoto 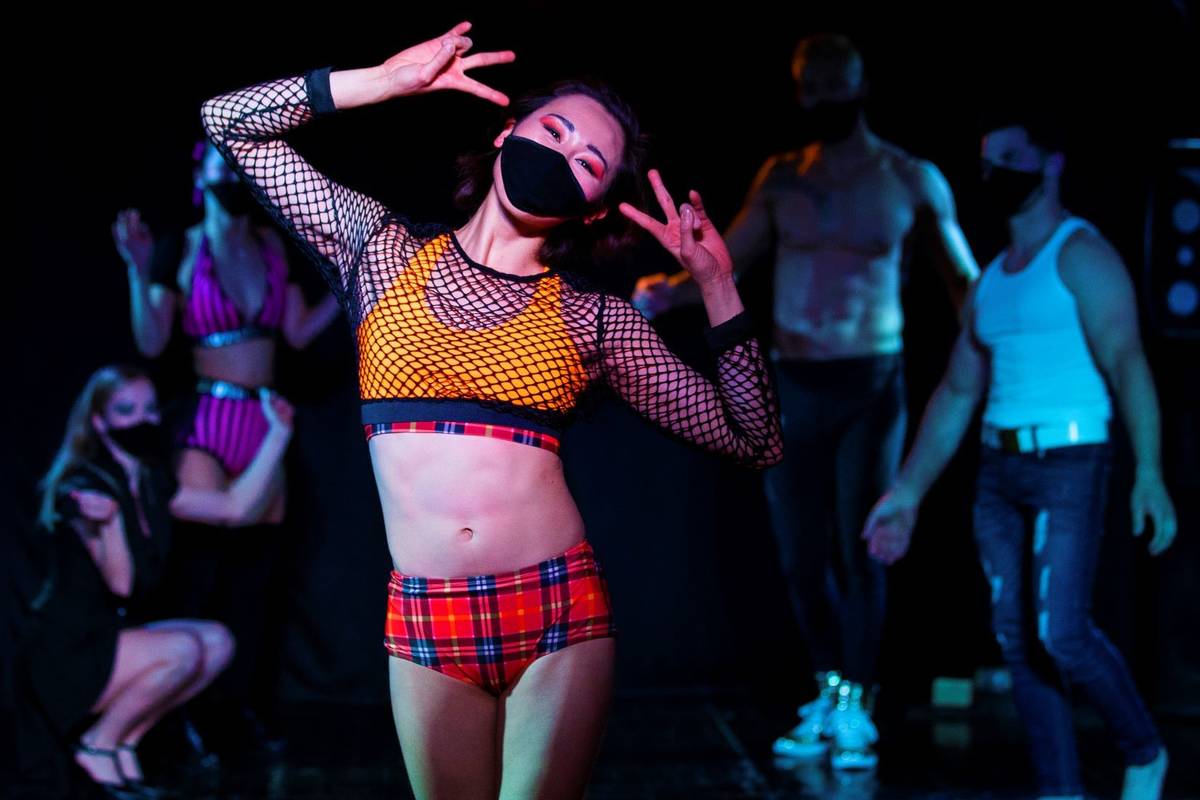 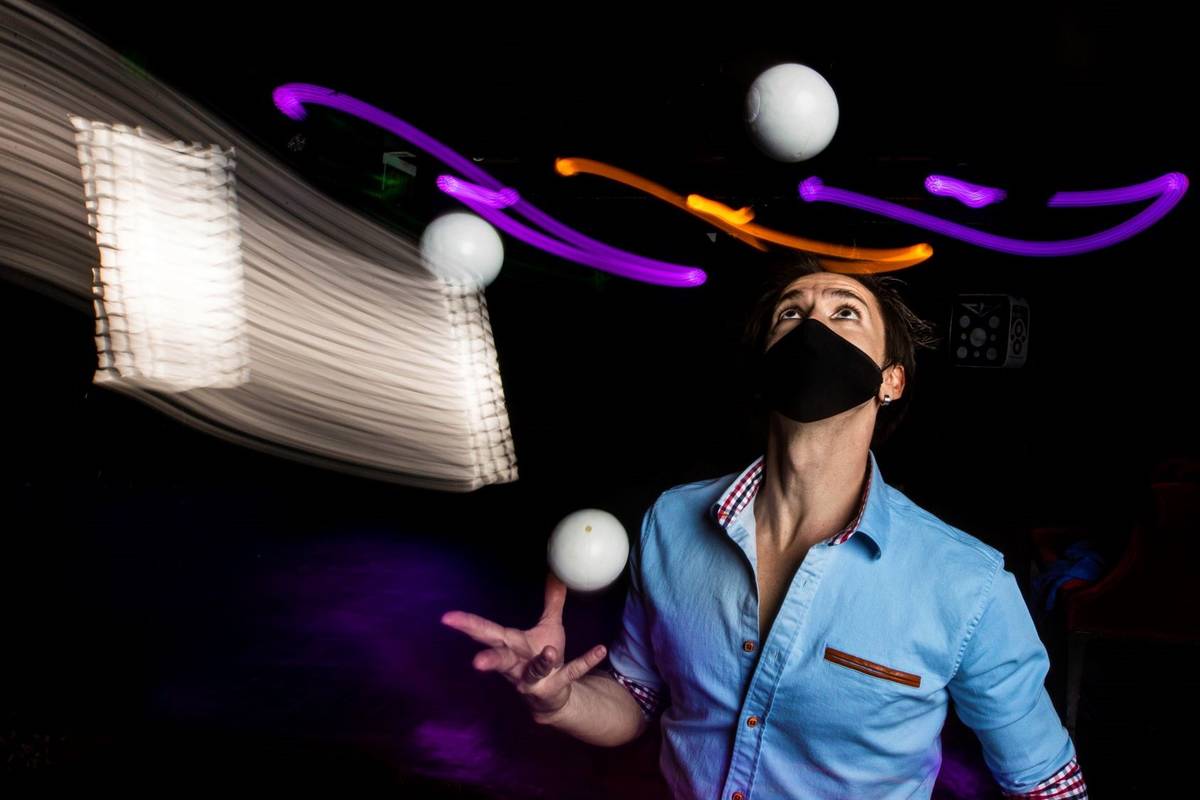 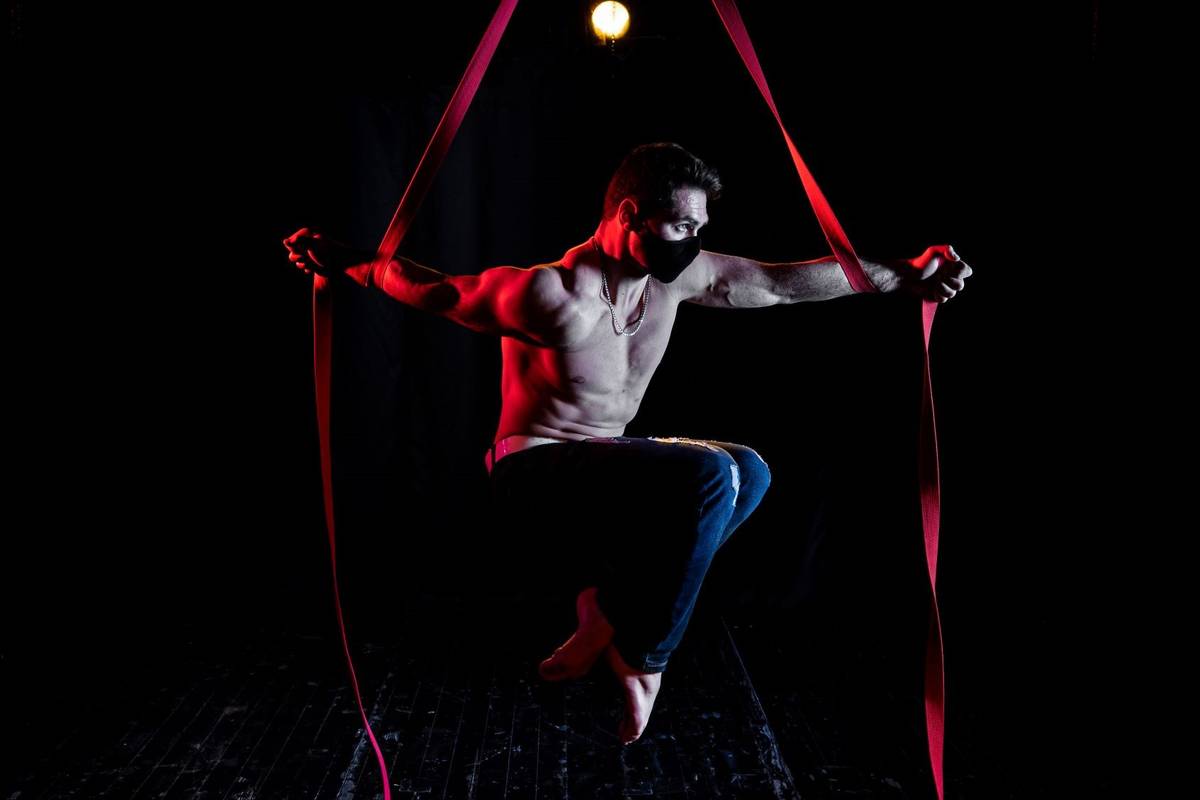 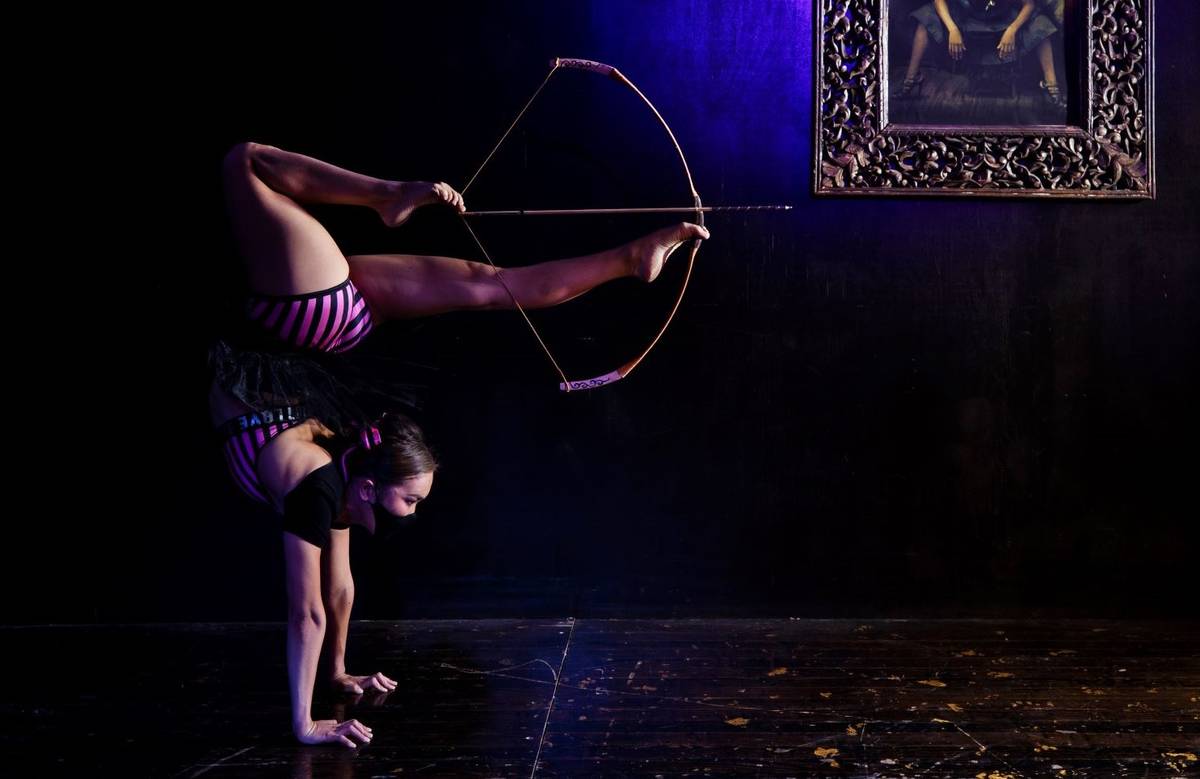 Contortionist Tsatsral Erdenebileg rehearses with a bow and arrow for the Apero show on the Baobab Stage on Thursday, Feb. 11, 2021, in Las Vegas. (Benjamin Hager/Las Vegas Review-Journal) @benjaminhphoto 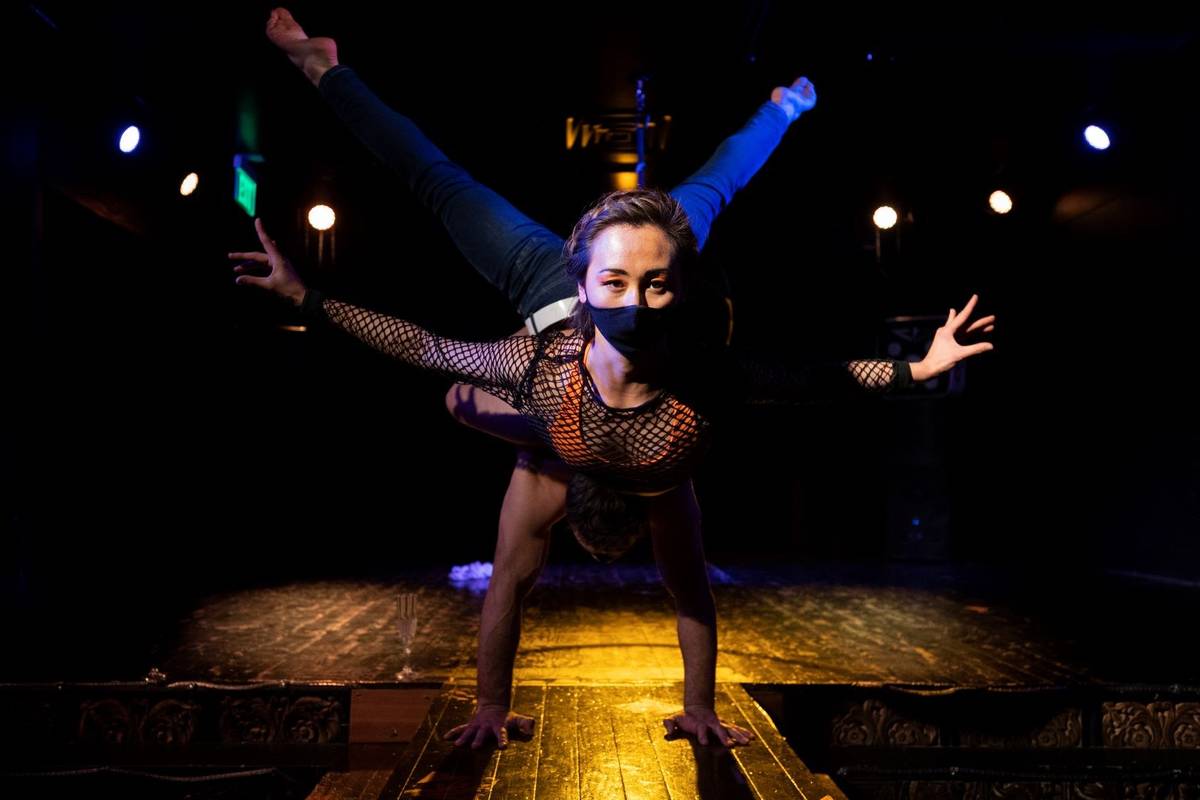 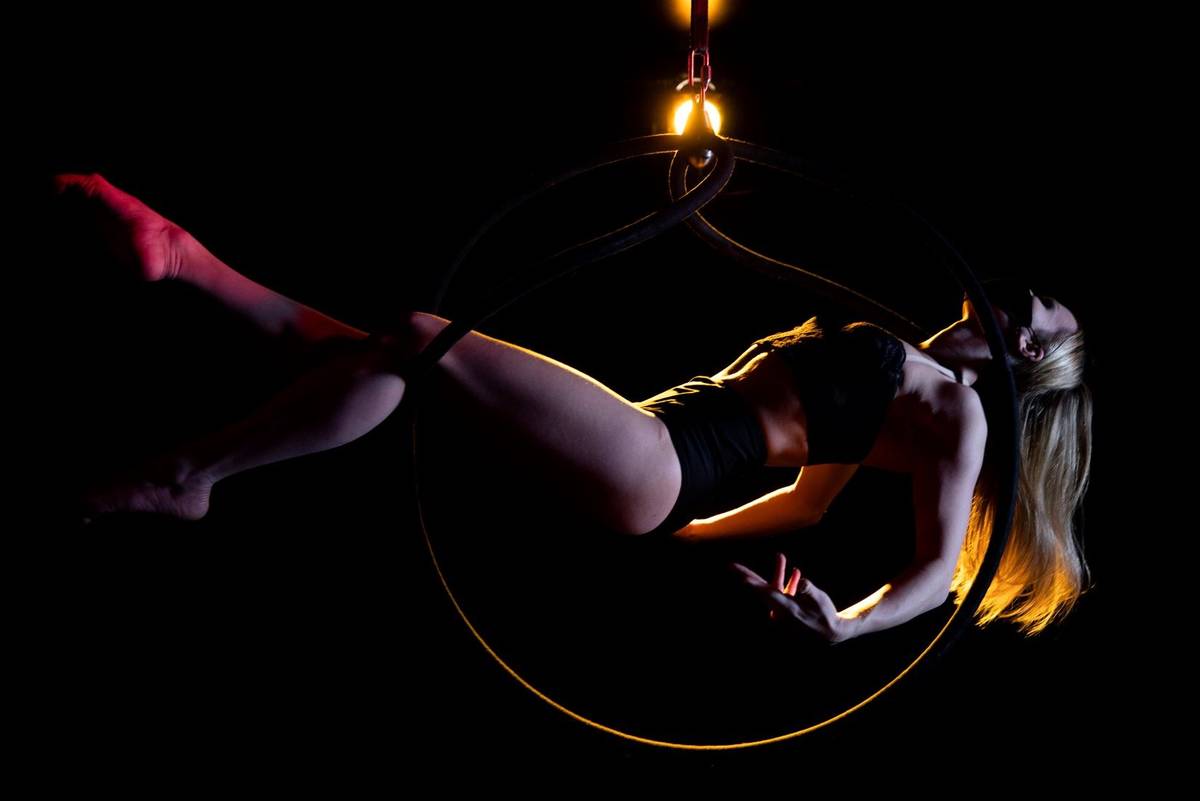 A few artists from from the closed Cirque du Soleil stage show “Zumanity” have grown tired of waiting for the next option. So they created one.

“Apéro” billed as the city’s new swank, European-fashioned cabaret, opens 7 p.m. Friday, Saturday and Sunday in an open-ended residency at Wassa Coulibaly’s Baobab Stage at Town Square. Tickets are $50 (not including fees), sold in groups of two, three and four (go to aperoshow.com for details).

This show in close quarters features elements famous in Cirque shows and “Le Reve,” including aerial numbers, contortion, juggling and acrobatics. The sidelined performers have been working out without a specific goal until members of the newly formed Visionary Pack Collective drafted a blueprint for the show opening this weekend.

“The idea came from all the loose talk that was going around with the artists all the time,” Dunn, costume lead at “Zumanity,” said Thursday. “Then we really got serious after ‘Zumanity’ closed in November.”

The artists have been trained to perform in large-scale productions, and have learned to adapt for the Baobab. Example: In “Apéro,” Tomanov’s aerial strap act, typically high above the audience, is performed just a few feet over the stage.

“We have been learning how to create these existing acts work in a small theater, and make it feel huge,” said Dunn, who along with her VPC colleagues had taken on multiple creative tasks. “We want to give the audience the feeling of seeing something truly extraordinary in a way they could not have in the past.”

Coulibaly herself is a “Zumanity” alum, an original cast member dating to the show’s opening in 2003 through October 2013. She has operated the Baobab business, including the adjacent cafe (where guests can hang for drinks and snacks at intermission) and fashion boutique, since shortly before leaving the show.

Coulibaly is not in the “Apero” lineup and is away from the stage for a time because of a minor medical procedure. Over the past nine years she has showcased and performed in several productions at her theater, including the biographical “The Red Dress.”

Coulibaly has also made her stage available for midnight burlesque shows and tribal drum performances. The “Apero” show is another that will be tight but mighty, playing to no more than 40 audience socially distant audience members.

“We will have a small, fun crowd in there,” Coulibaly said during a visit to the theater this week. “We are just happy to have another show here, finally. They inspire me.”

Mary Wilson of The Supremes wasn’t just a contemporary-music legend. She also dabbled in musical theater, taking a comedic spin through “Menopause The Musical.” Wilson, who died Monday at her Henderson home at age 76, co-starred in the 2017 tour of Florida. She trained for that run with the Las Vegas cast at Harrah’s. The show is co-produced by Alan and Kathi Glist of Las Vegas’ G4 Productions.

“Mary was a joy to work with and was so generous with her warmth, stories and kindness to our team and Las Vegas and Florida cast members,” Kathi Glist said in a text message. “It was an honor to work with her, get to know her and listen to her stories.”

Jabbawockeez are in a creative partnership with DJ superstar Steve Aoki, with a video to drop on social media Friday. The Jabbaz, looking for a return to MGM Grand, teased to this partnership this week with a post from Aoki’s Las Vegas headquarters and playground. The group tossed around many colorful, oversized foam cubes in the stop-action Boomerang format. Thus, we expect nothing short of brilliance.

The Italian American Club is presenting some righteousness Wednesday night, with Bucky Heard, Bill Medley’s partner in the Righteous Brothers. with guitar great John Wedemeyer . The guys debut their “Heart of Rock and Roll” performance with dinner at 6:30 p.m., ambient entertainment at 8 p.m. The boys sing such classics as “Cryin,’” “Ob-La-Di, Ob-La-Da,” “Mack The Knife” and (naturally) “Unchained Melody.”

The dinner is listed as buffet, under modified protocols where the masked staff serves all the dishes as masked diners move past, six feet apart. Need to mention all that.