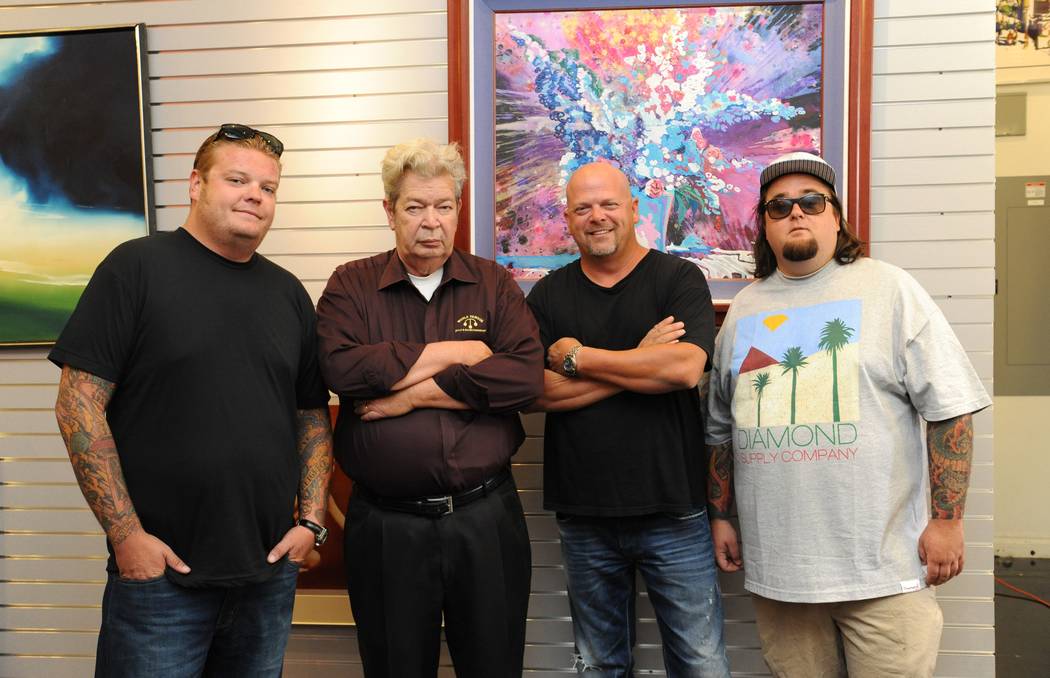 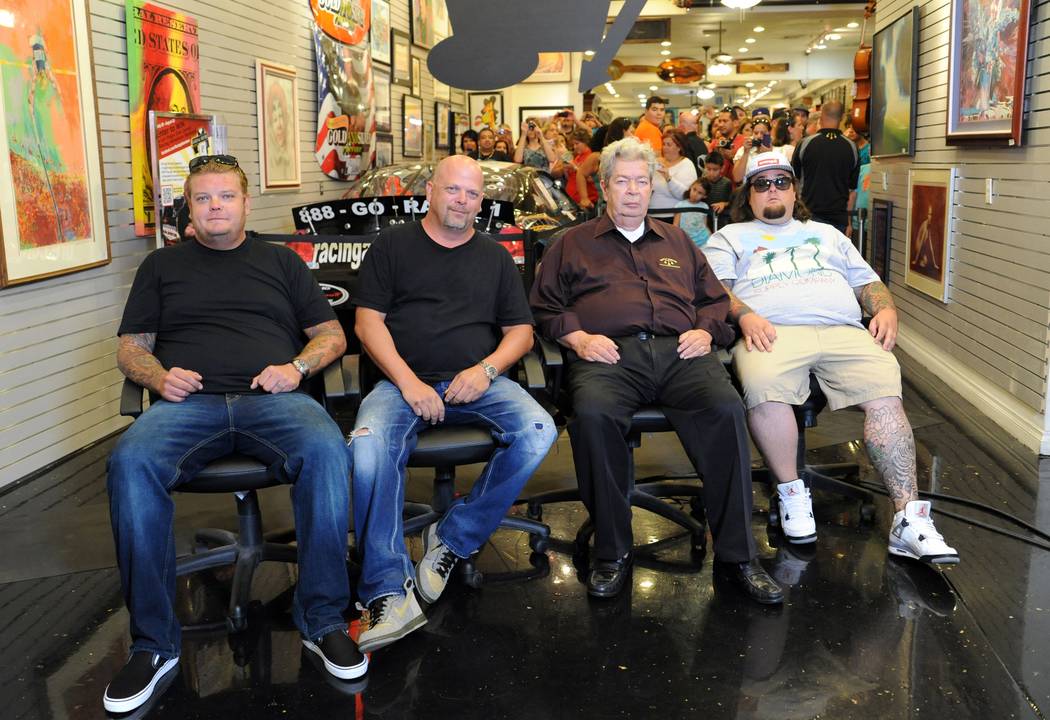 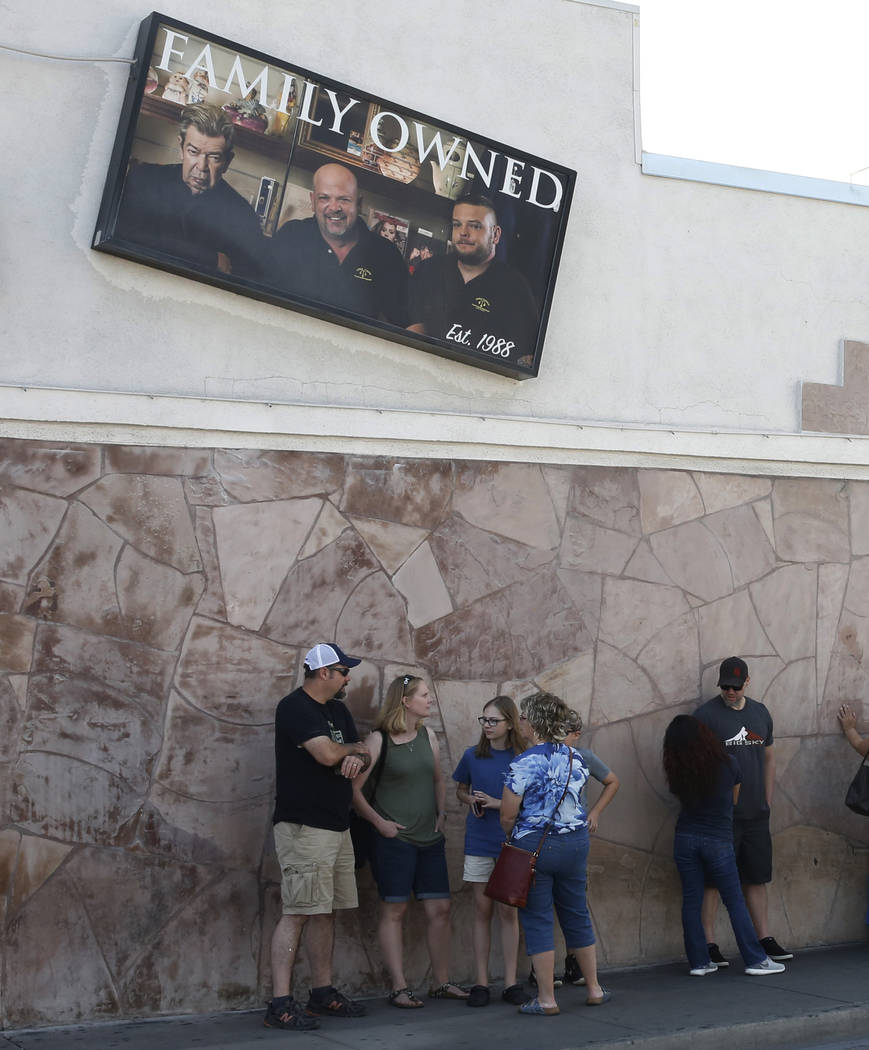 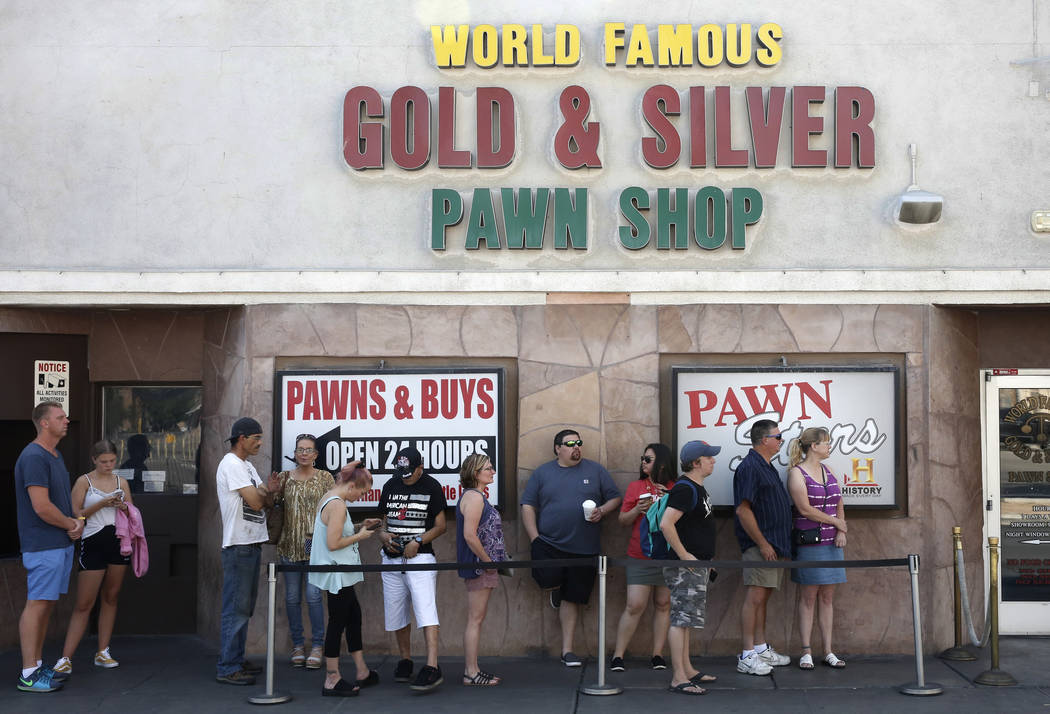 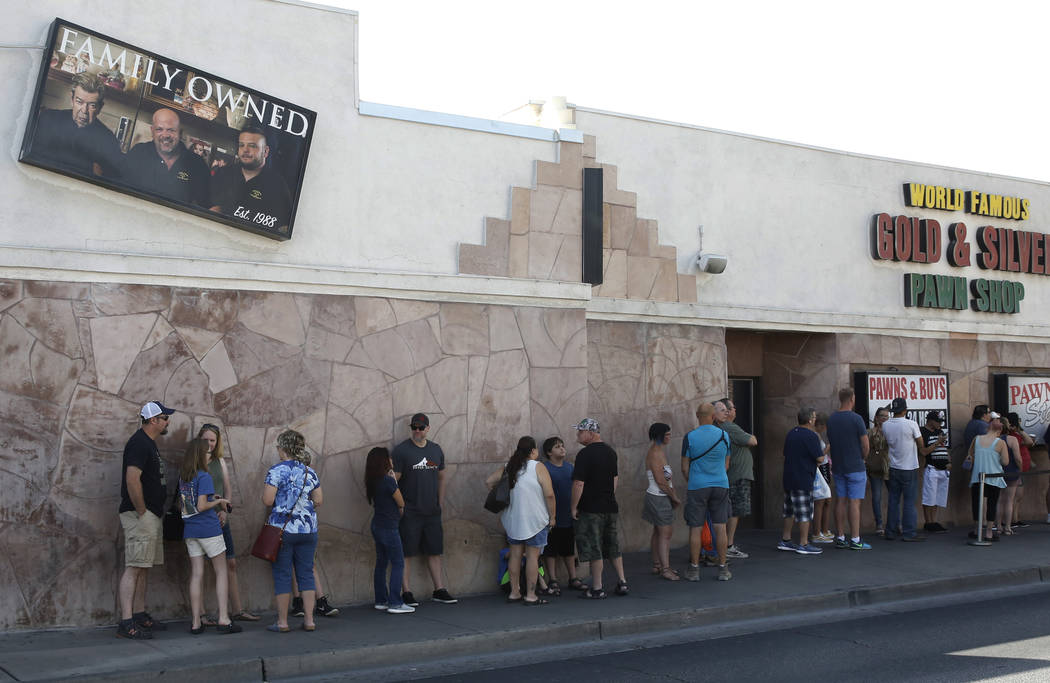 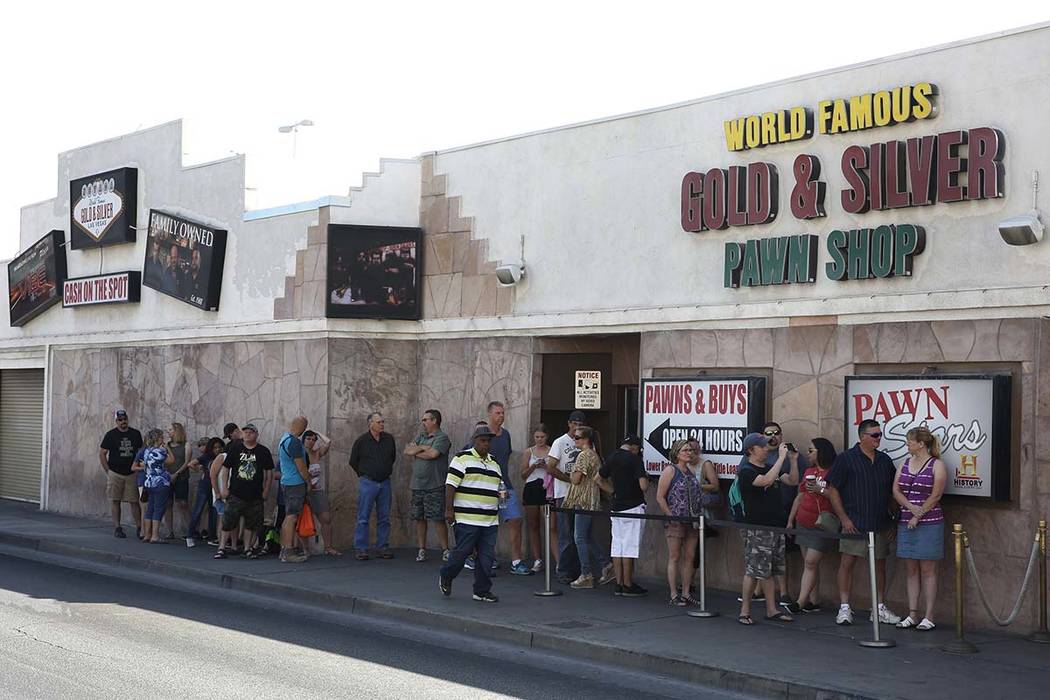 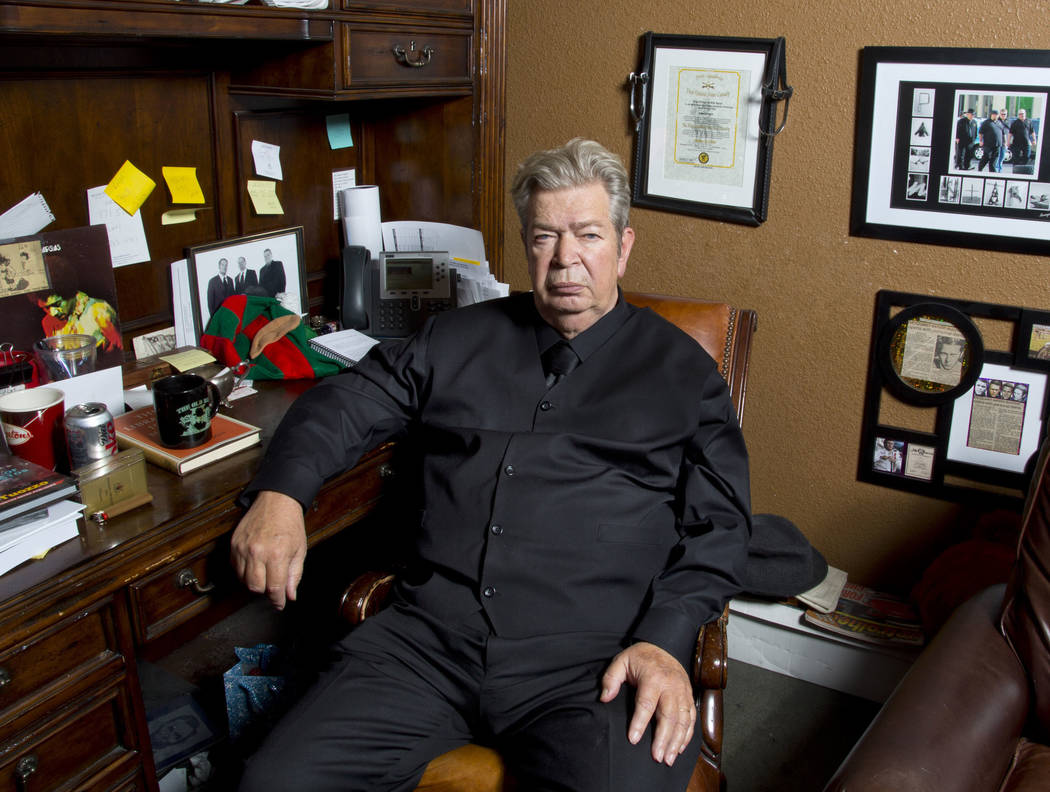 This undated image released by History shows Richard Harrison from "Pawn Stars." Harrison's son Rick posted on Facebook, Monday, June 25, 2018, that his father died surrounded by family over the weekend. The Navy veteran opened the Gold & Silver Pawn store in Las Vegas with his son, Rick. The TV show premiered in 2009 and features the Harrisons interacting with customers who are trying to sell or pawn objects. (History via AP) 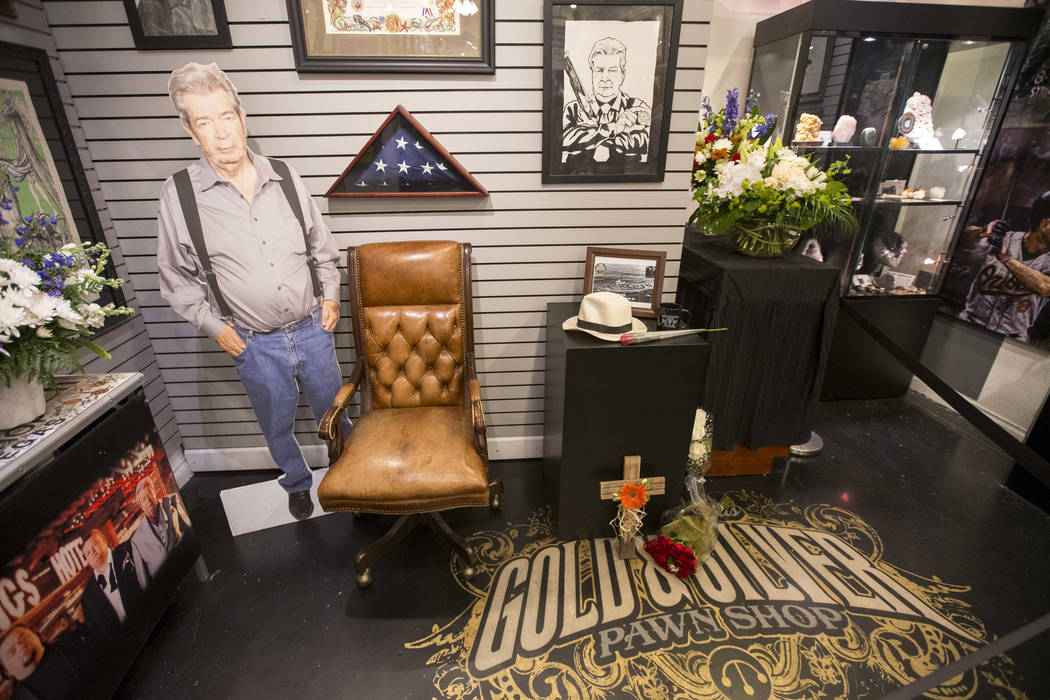 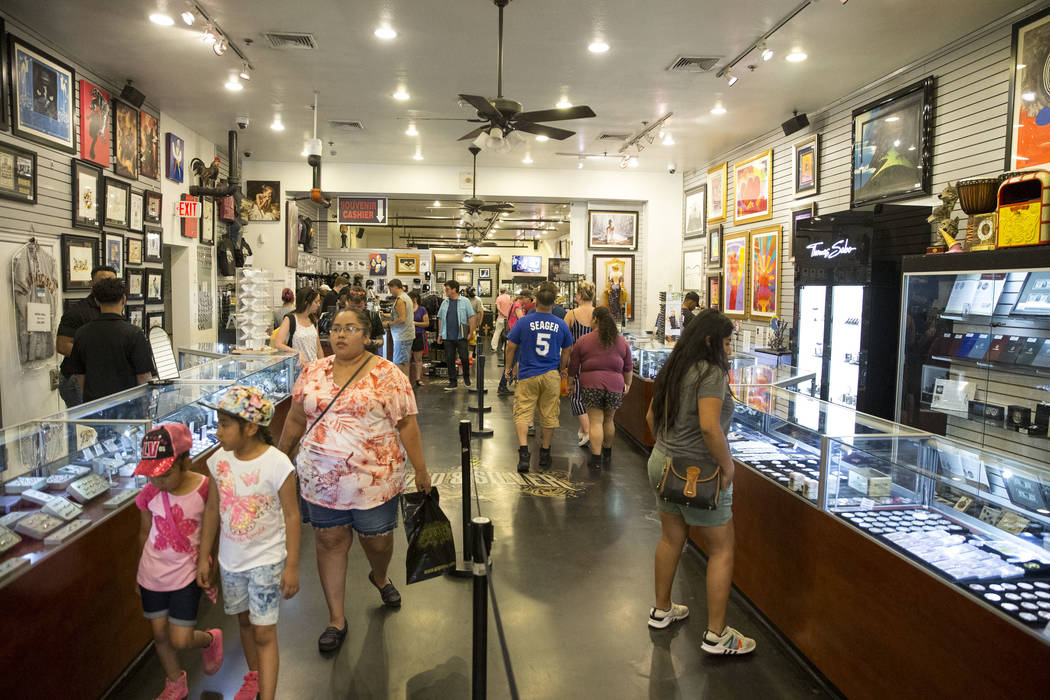 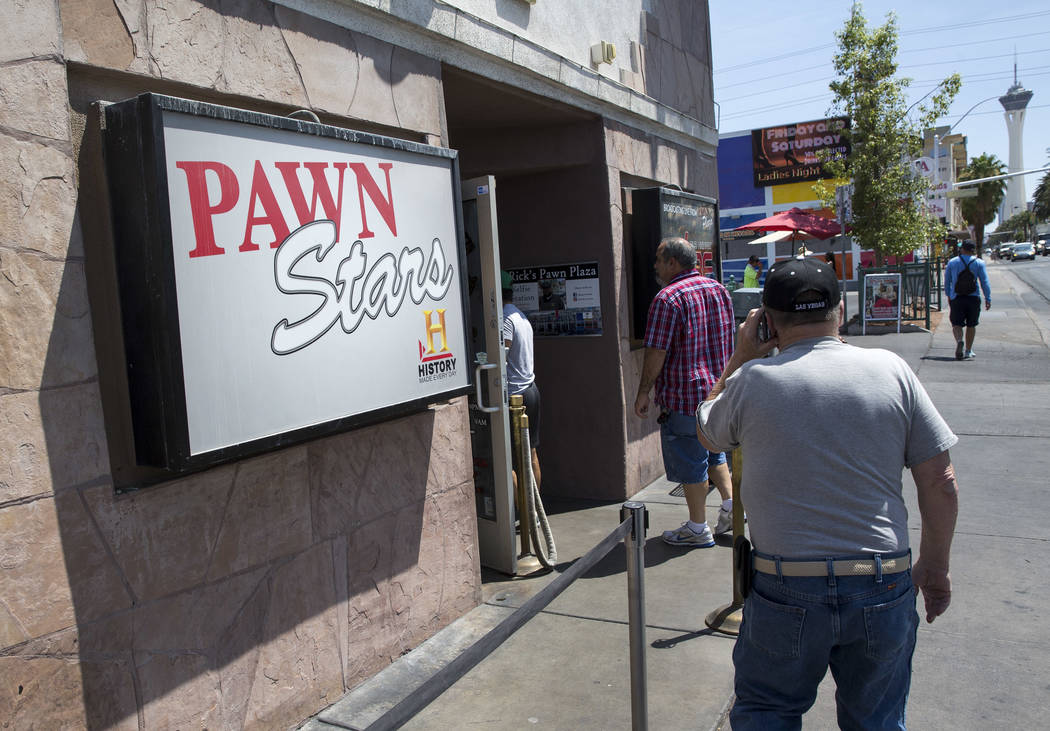 Richard Harrison, who became known to millions of “Pawn Stars” fans as “The Old Man,” never set out to be a TV star.

But with his unassuming disposition and sly jabs at son Rick and grandson Corey, “The Old Man” became famous.

“He’s been a favorite all over the world,” Rick Harrison said Monday morning, hours after his father died after a lengthy battle with Parkinson’s disease. “He was a rock star in 150 countries.”

Rick Harrison was with his 77-year-old father when he passed away about 4 a.m. He said the family had braced for his father’s death for about two years, when “The Old Man” made his final appearance on the History series.

“We knew it was coming,” he said. “It was such a long battle, a slow progression. It just ravaged him.”

Corey Harrison said, “At first, he couldn’t care less about being on TV. He was just happy to see all the customers at the store. He thought it was a waste of time at first, but he wound up loving being on the show.”

He chuckled as he recalled his grandfather’s popularity.

“I loved all the blue-haired ladies would walk up and pinch his butt,” he said. “He was really, really popular with fans.”

The announcement said the Las Vegas resident “was surrounded by loving family this past weekend and went peacefully.”

“It’s hard to believe he is gone. He was such a big part of my life and treated me like family. I will miss him greatly and carry the lessons he taught me throughout my life. You could always count on him to straighten you out or make you laugh, and both of those things I need.”

Rick Harrison said plans for a memorial service are being worked out. Donations in Richard Harrison’s name can be made to the Epilepsy Foundation. (Rick Harrison suffered from the condition as a child.) Flowers were being placed in “The Old Man’s” honor Monday at Gold & Silver Pawn.

Richard Harrison was especially proud of his military career. He served in the U.S. Navy for about 20 years, reaching the rank of petty officer, first class. A photo of him from his Navy days hangs in the Gold & Silver Pawn offices.

Richard Harrison had scaled back his “Pawn Stars” appearances over the past few years. The show, which premiered in July 2009, resumes filming in September.

We are deeply saddened by the loss of our friend Richard ‘The Old Man’ Harrison, a beloved member of the HISTORY and @pawnstars family. He will be greatly missed for his wisdom and candor. Our thoughts are with the Harrison family during this difficult time pic.twitter.com/2lPb3jUazf

“It was a third career I’d never even imagined: military then real estate then TV star,” he told the Las Vegas Review-Journal through a publicist in January. As for what he enjoyed most about his semiretirement, Harrison said, “spending more time with my wife and grandkids,” before joking, “and not working with Corey, Chum and Rick every day.”

Corey Harrison said the ribbing the two shared on the show reflected their real-life relationship.

“I worked with him every day, and he was more than my grandfather,” he said. “He was my best friend.”

He said he could write a book filled with advice his grandfather shared.

“He was never a guy who would carry anger around,” Corey Harrison said. “If there was a problem, he was the guy to fix it. He wouldn’t sweat the small stuff.” In passing, Corey said, “I think he was pleased at how his life turned out.”

“The Old Man” also is survived by his wife, JoAnne. The two were married in 1960.

Rick Harrison remembers a final conversation he had with his father:

I was lucky enough to spend 15 years of my life working with the old man. He wasn’t just a grandfather, he was truly a best friend as well. I’m truly blessed to have had him as a mentor. He will be missed everyday at this time we thank you for all of the kind words and we ask for privacy as we mourn his passing.