RJ App
Vegas News, Alerts, ePaper
OPEN
So much for January being slow in the restaurant business, dearly beloved. Here's some of the latest reconnaissance. (Las Vegas Review-Journal) 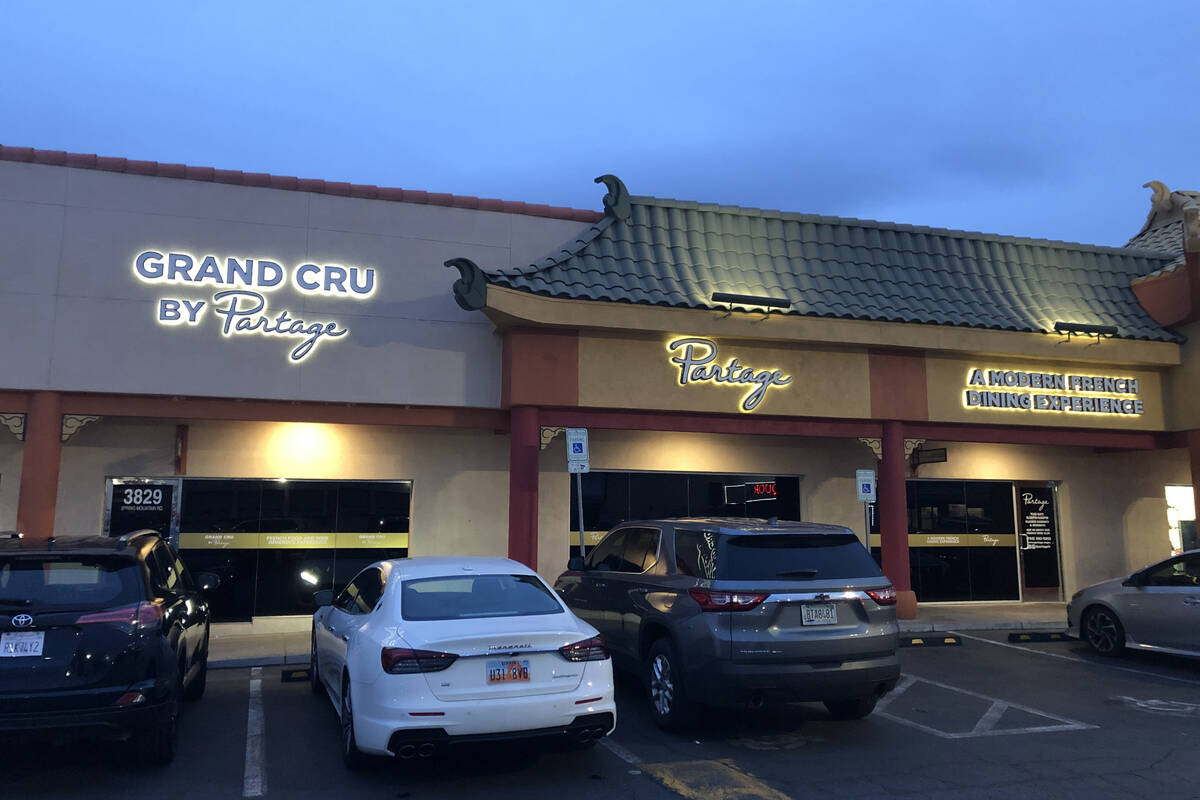 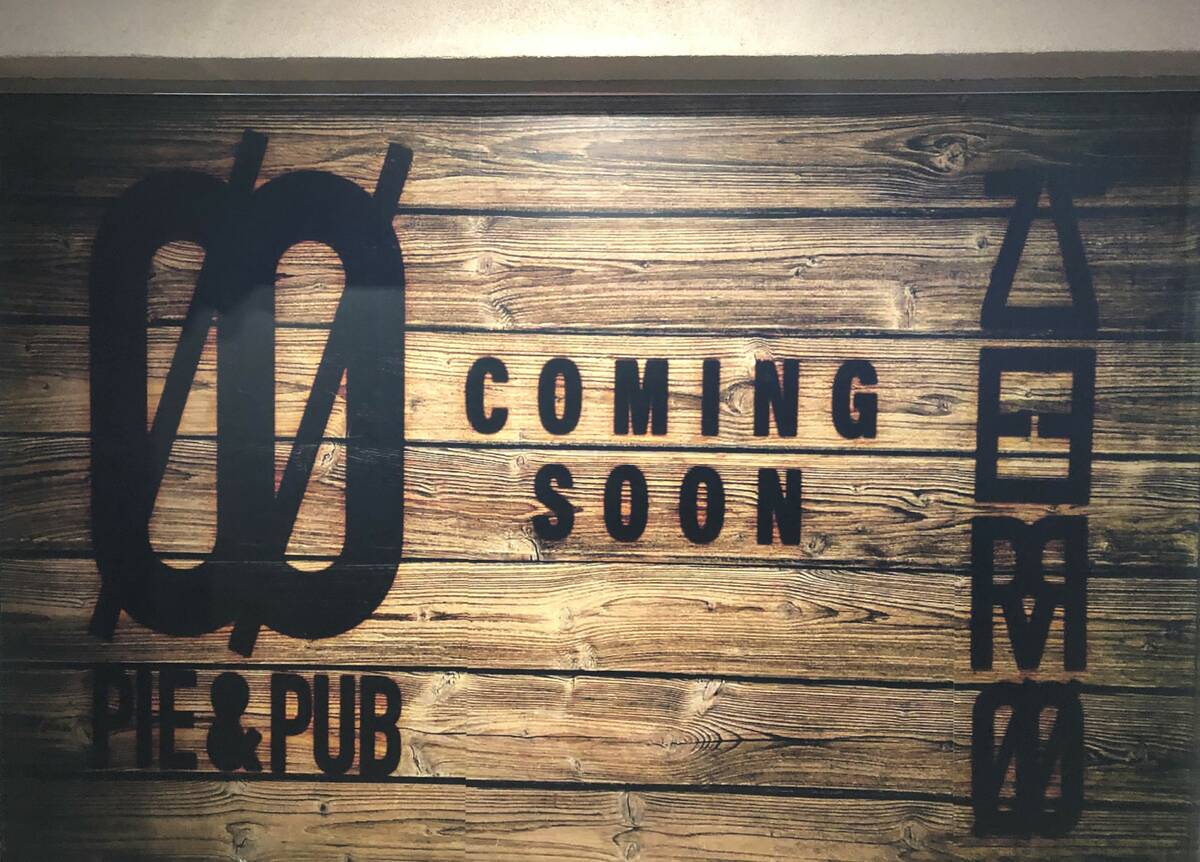 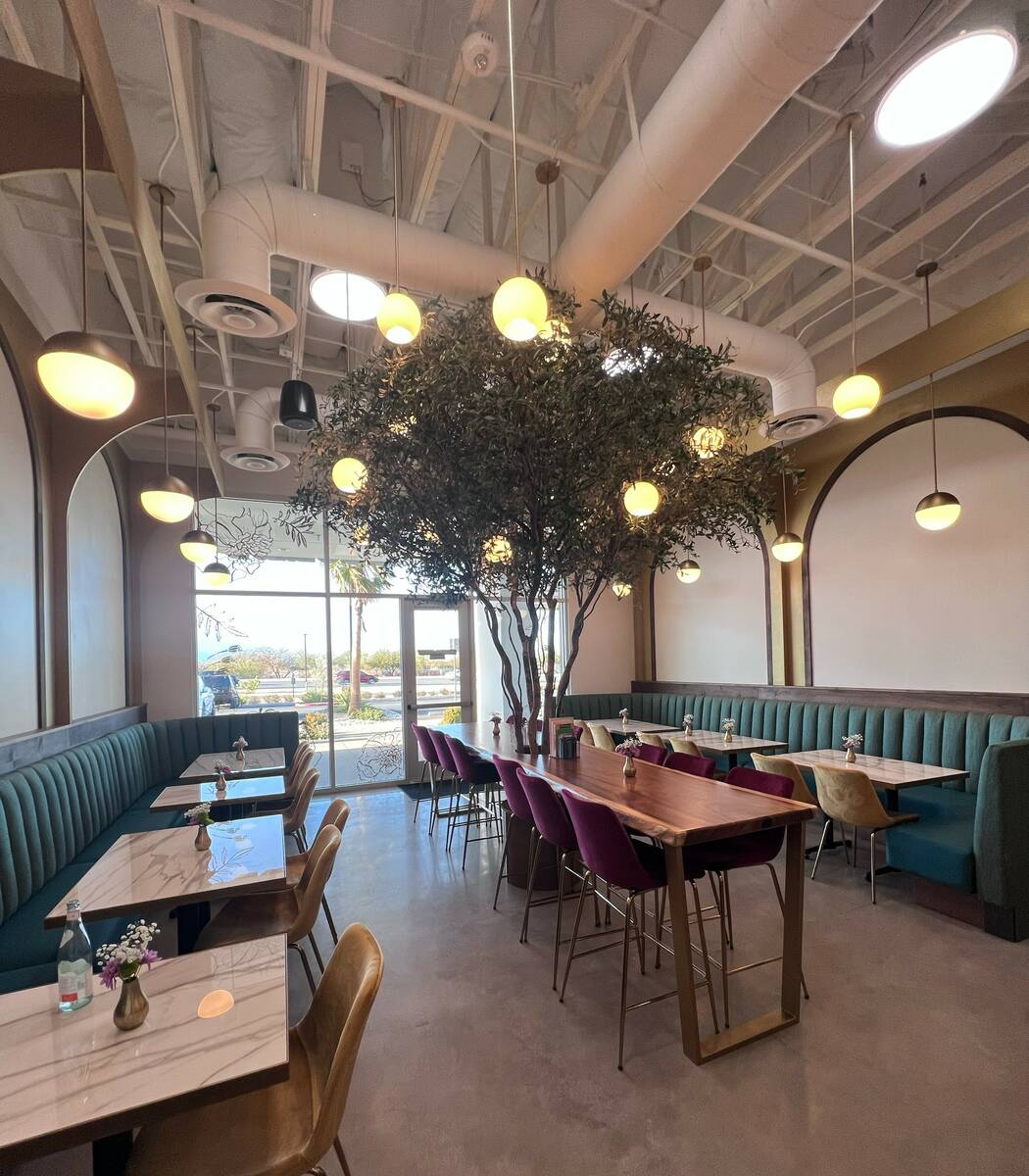 Naan & Curry has opened a second location in Las Vegas, this time in the Henderson area. (Naan & Curry) 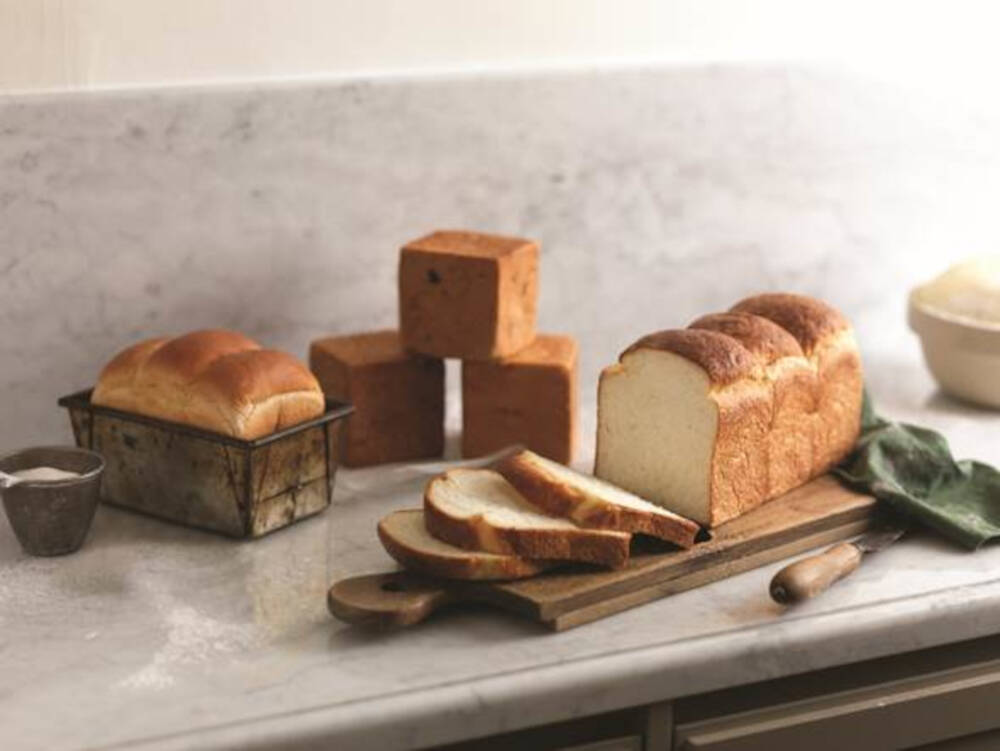 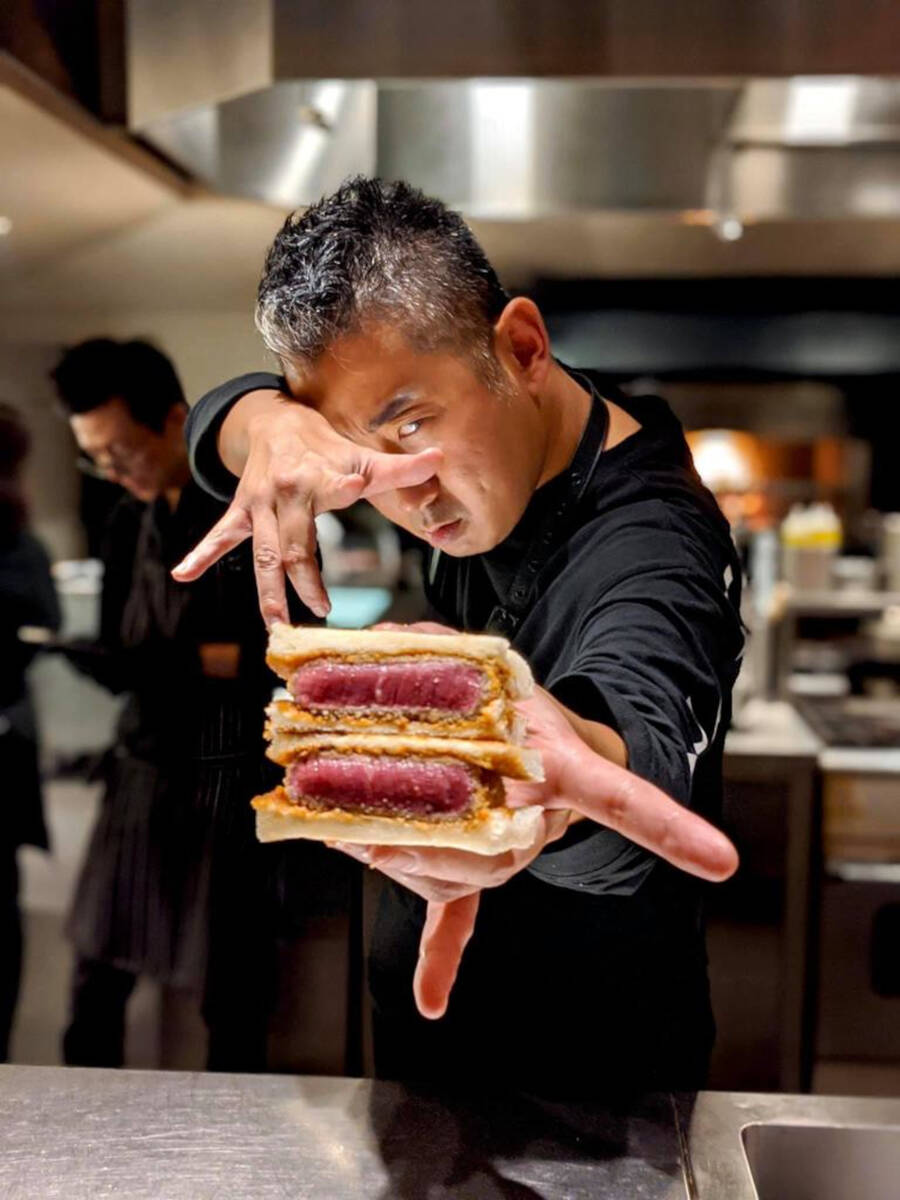 Chef Hisato Hamada, co-founder of Wagyumafia, is hosting a dinner on Jan. 24, 2023, at Aria Resort on the Las Vegas Strip. (Wagyumafia Group) 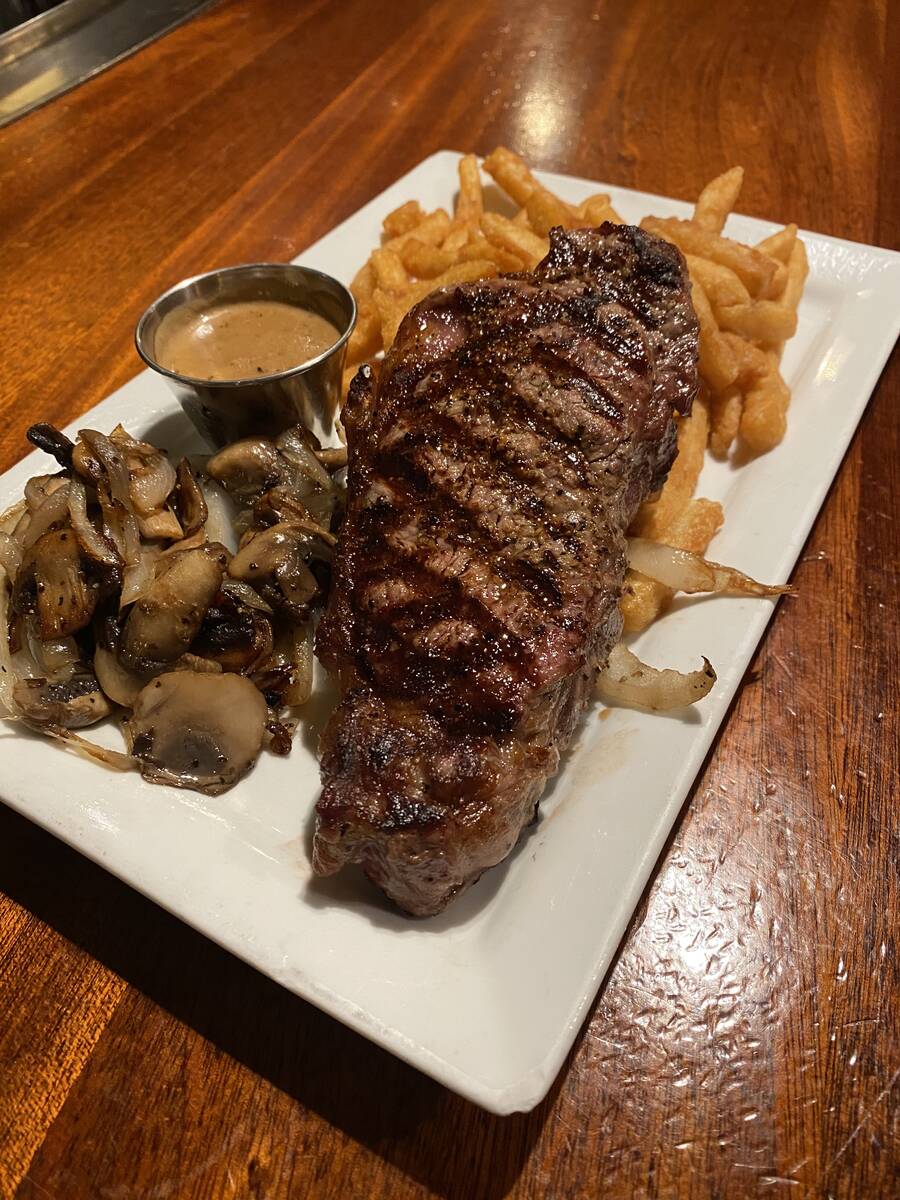 The Irish strip steak at Rí Rá Irish Pub in The Shoppes at Mandalay Place is sourced from a grass-fed Irish producer. (MGM Resorts) 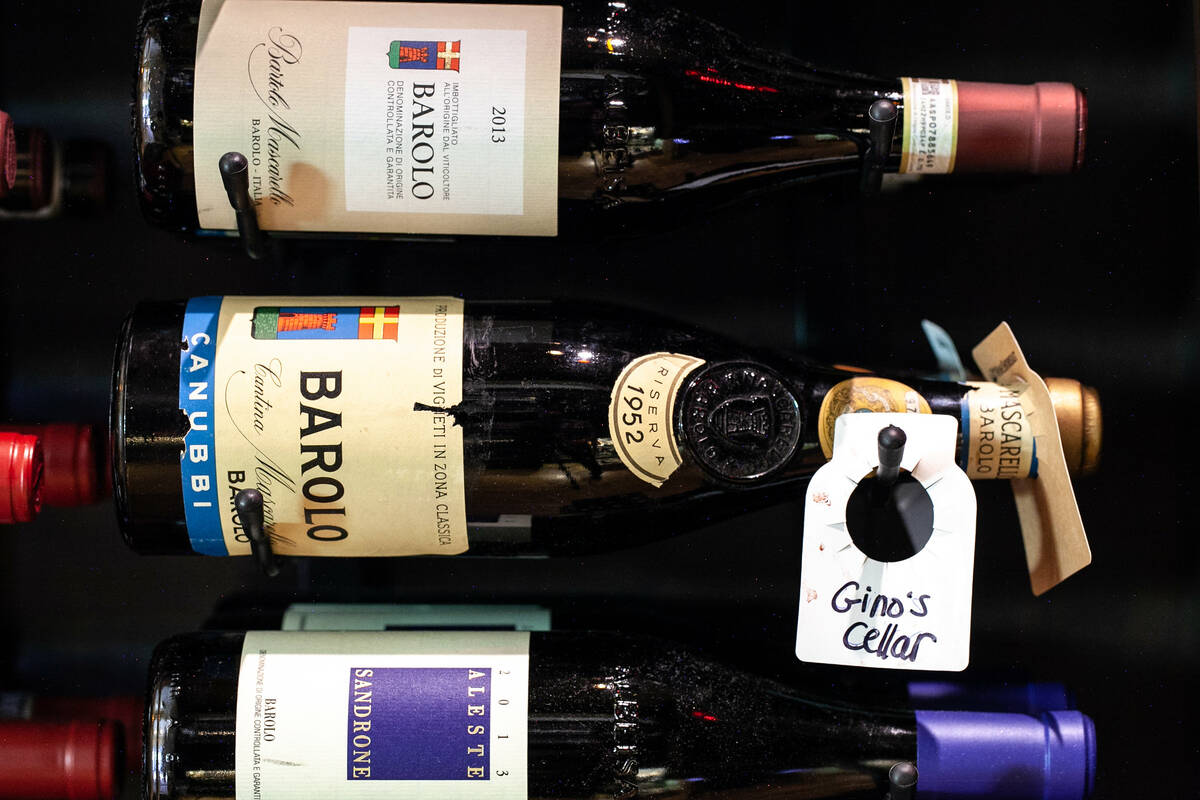 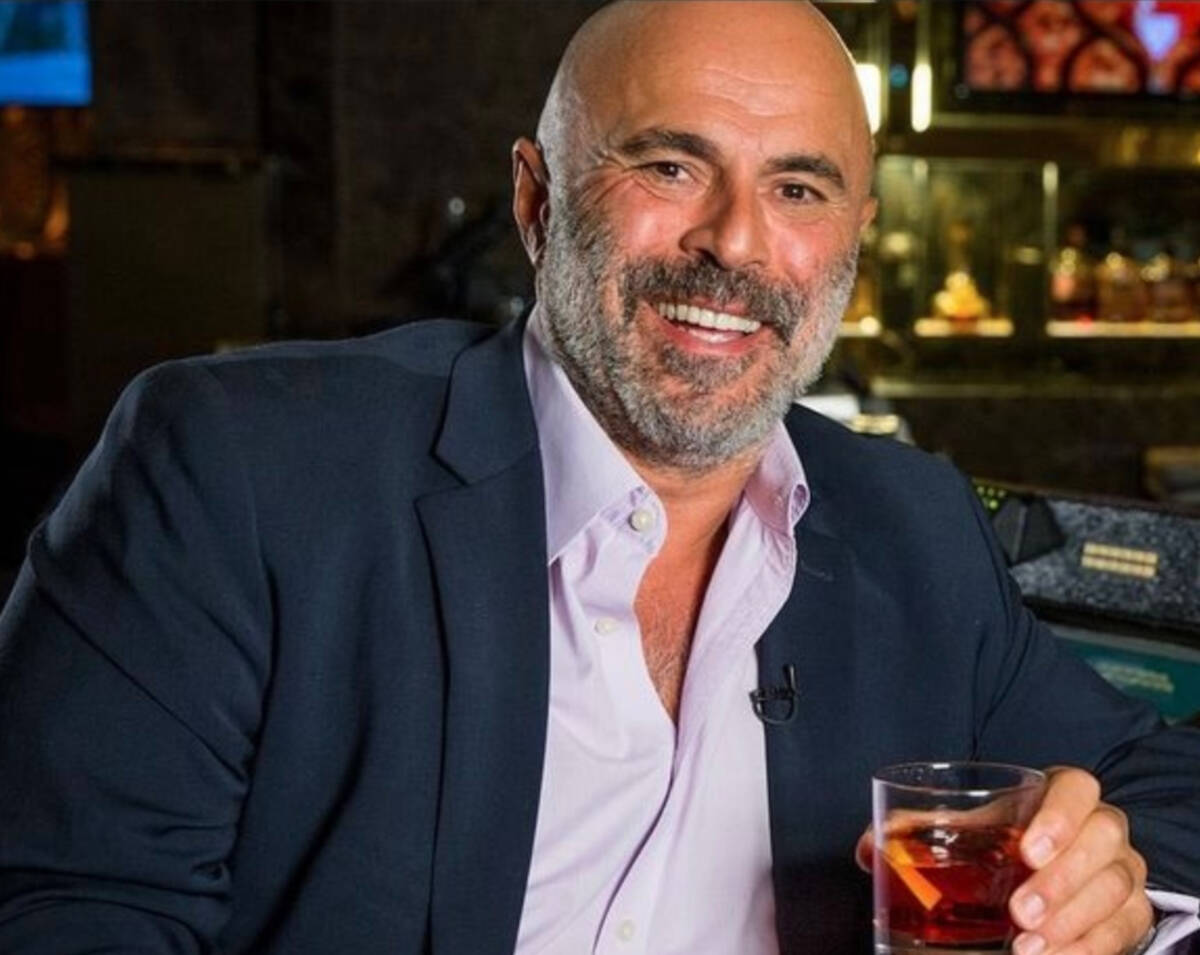 Tony Abou-Ganim is presenting the TAG Global Spirits Awards from Jan. 30 through Feb. 3 at the Delano on the Las Vegas Strip. (Tony Abou-Ganim)

So much for January being slow in the restaurant business, dearly beloved. Here’s some of the latest reconnaissance:

— The sign is up at Grand Cru by Partage at 3829 W. Spring Mountain Road, in that Chinatown center with the narrow lot that’s a nightmare to park in. Grand Cru (a French wine classification term) lies next door its sibling, the highly popular Partage, known for its modern French cooking.

— In the same center, there’s a “coming soon” sign for 00 Pie & Pub at 3853 Spring Mountain, the space most recently occupied by Wolf Down, which served Berlin-style stuffed flatbread. On the new sign, the 00s have slashes through them.

— A second Naan & Curry just debuted 2845 St. Rose Parkway, Suite 160, in Henderson. The original of the Indian restaurant is on South Durango Drive.

— A business license was just issued for Farm Basket at 2340 S. Nellis Blvd. in the Winterwood Pavilion in east Vegas. The original Farm Basket, at 6148 W. Charleston Blvd., dates to 1973, according to the restaurant website, which also says the second location is “coming soon.”

— Basilico Ristorante Italiano is opening soon at 6111 S. Buffalo Drive, in the Evora development in Spring Valley, as confirmed in a recent Facebook post.

— Back in Chinatown, folks are keeping an eye out for the much-anticipated opening of Hui Lau Shan, upstairs at 5115 W. Spring Mountain Road. The global chain of dessert shops founded in Hong Kong is known for its mango confections.

The Wagyumafia brand operates eight restaurants (four public, four private) in Hong Kong and Tokyo while also presenting pop-up restaurants and other events around the world to celebrate Japanese beef.

On Tuesday in Vegas, chef Hisato Hamada, co-founder of Wagyumafia, is hosting a dinner featuring prized single-farm Oyazaki wagyu from Miyazaki Prefecture in Japan. The dinner begins at 8 p.m. in the private dining room of Jean Georges Steakhouse in Aria.

The Oyazaki selections on the tasting menu typically are reserved for Wagyumafia’s members-only restaurants. Cost: $500 per person inclusive. Required reservations: sevenrooms.com/reservations/jgsteakhouse or 702-590-8660.

Moving from Japanese beef to Irish beef, consider the 12-ounce strip steak at Rí Rá Irish Pub in The Shoppes at Mandalay Bay. The restaurant sources its pasture-raised beef from a grass-fed producer in Ardee, County Louth, that ages its meat for at least 28 days. The steak is served with onions, roasted mushrooms and Gaelic steak sauce.

Ferraro’s Ristorante, the longtime family-owned Vegas spot, has just had its wine list named among the top 20 lists in the world outside Italy for 2023. Gambero Rosso, the Italian publication that is the leading global authority on the country’s food and wine, conferred the recognition. The list received the top rating of tre bottiglie, or three bottles.

Only three other U.S. restaurants (in San Francisco, Los Angeles and New York) made the top 20. Other restaurants receiving recognition are in more than a dozen cities around the world.

The second annual TAG Global Spirits Awards, created by famed mixologist Tony Abou-Ganim, takes place Jan. 30 through Feb. 3 at the Delano. The Awards include events open to the public.

To order free first-come first-served tickets for the kickoff party, or $99 tickets for the bourbon dinner, visit tix.com, then search Libertine Social through the Buy Tickets link at top. For more information, visit tagspiritsawards.com.

Word is coming out of Pahrump, via KPVM TV News 25, that Pahrump Valley Winery closed for business on Jan. 16. The parent company of the winery filed for Chapter 11 bankruptcy reorganization last January.