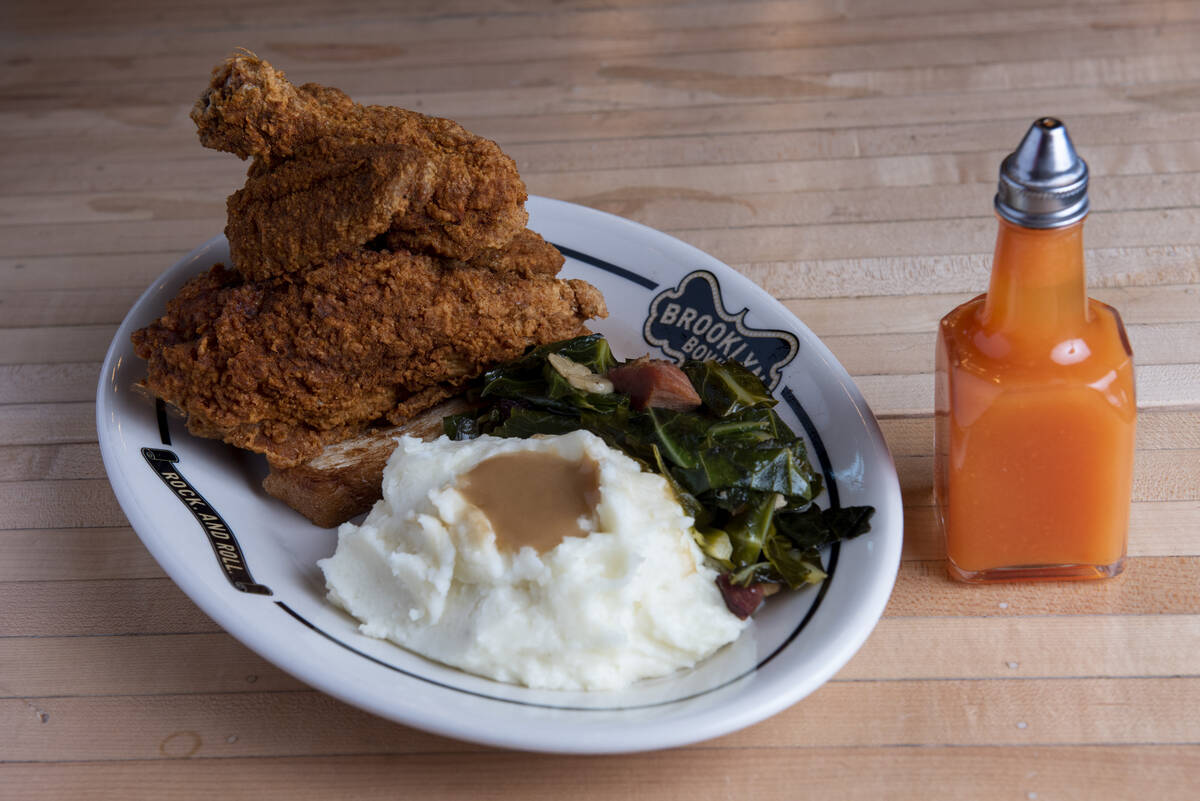 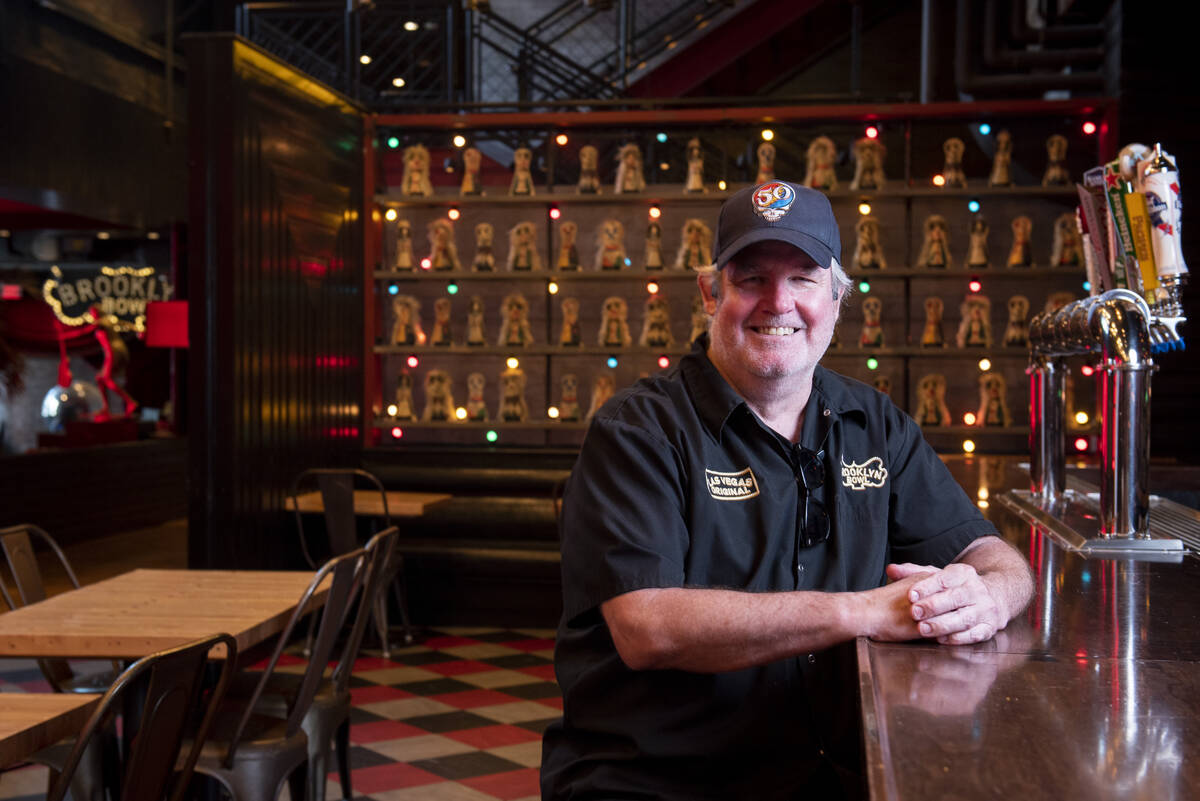 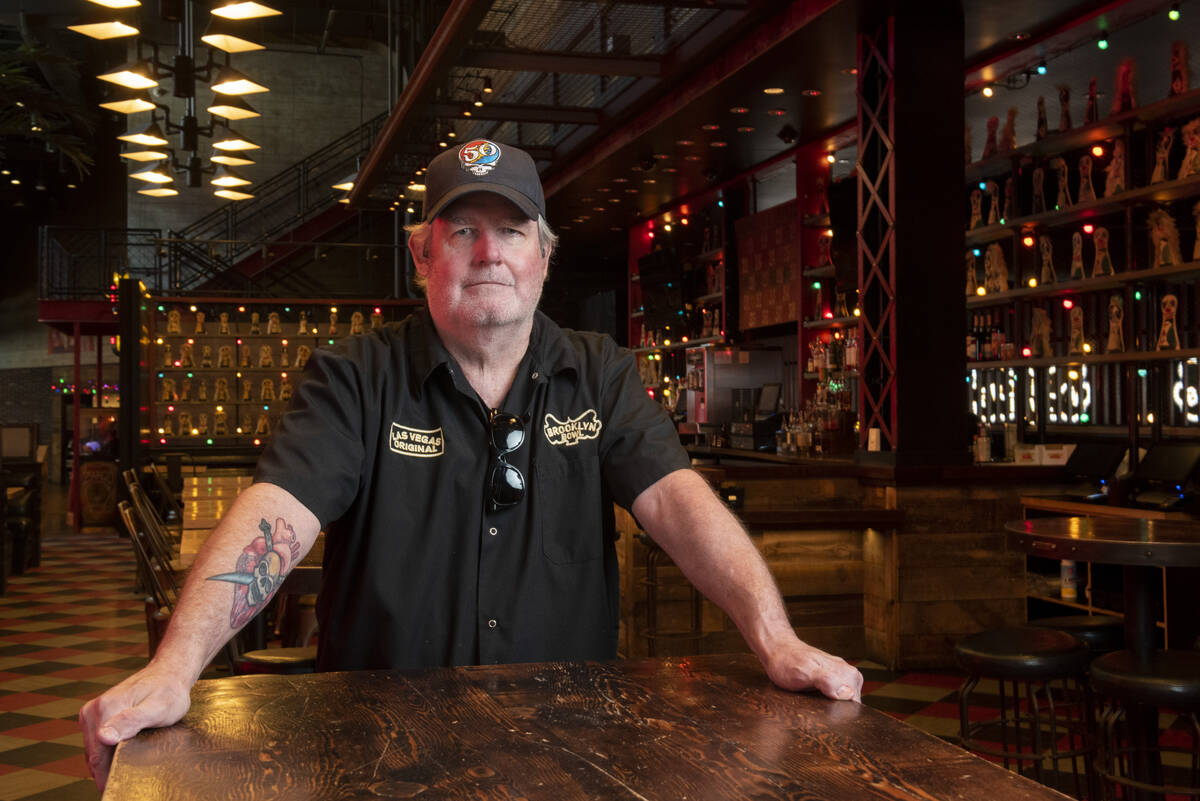 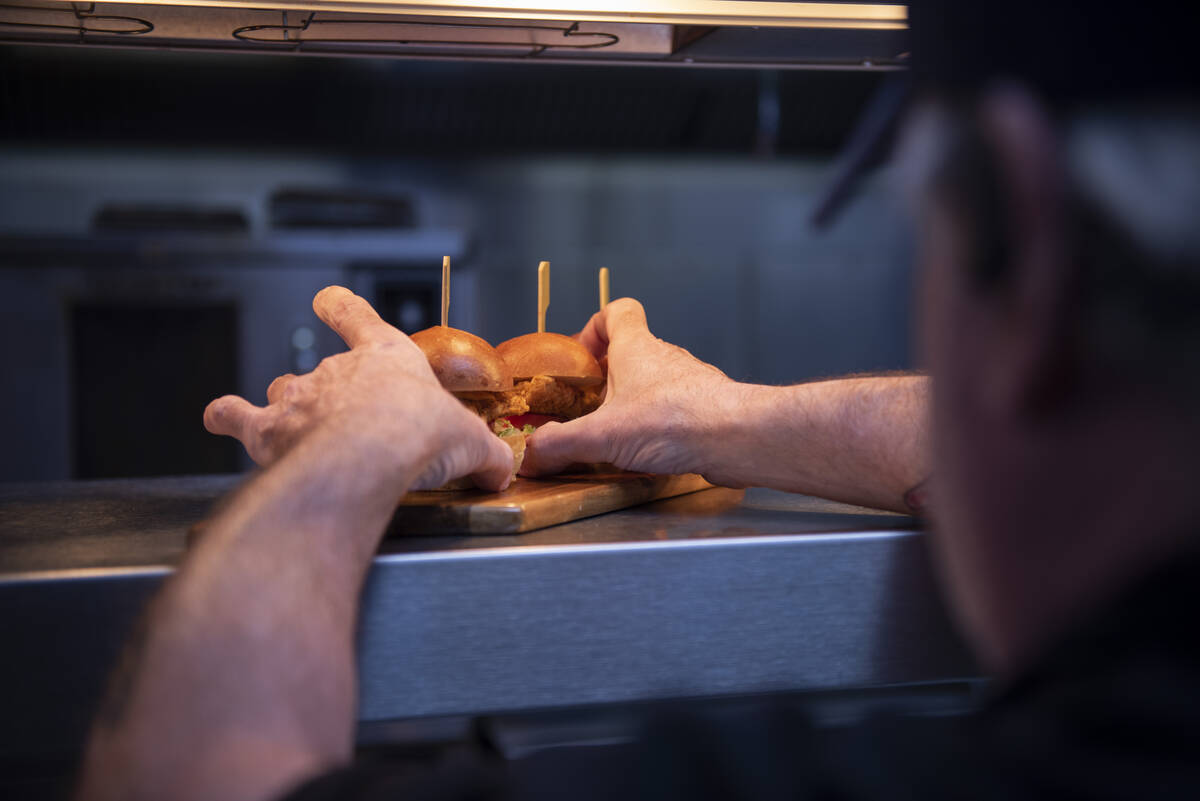 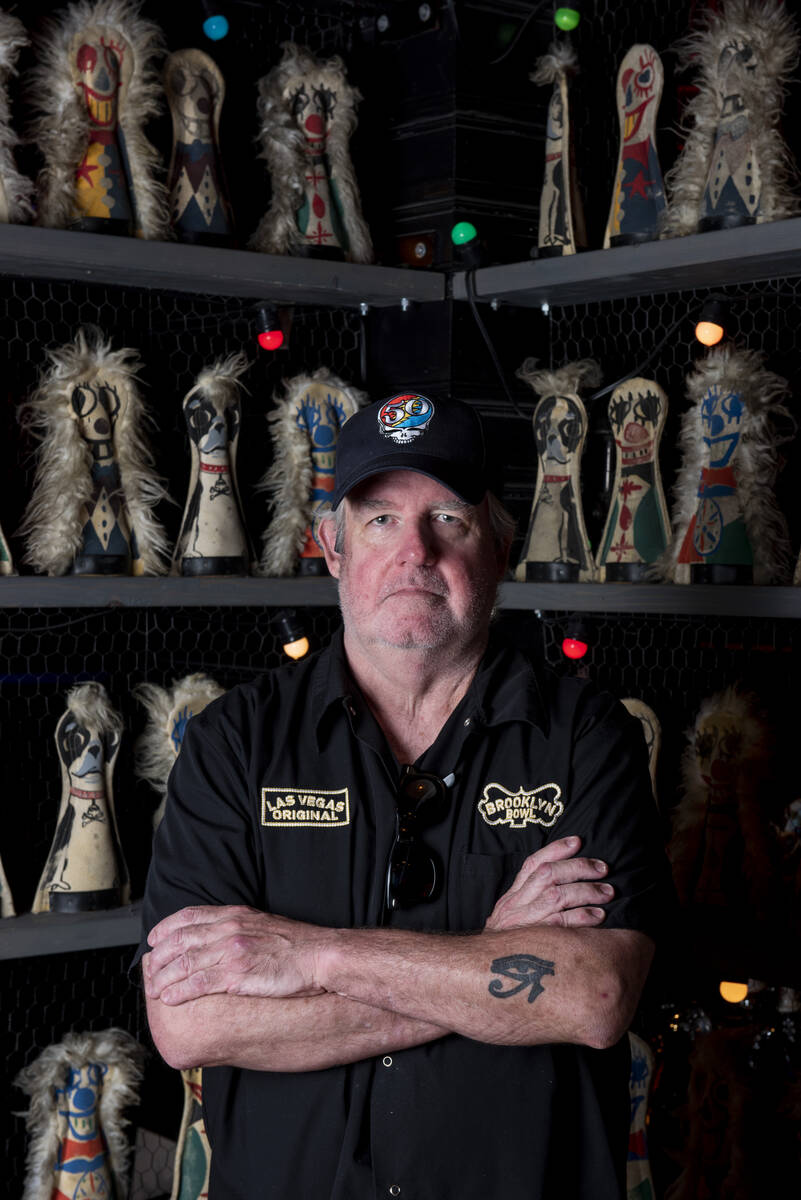 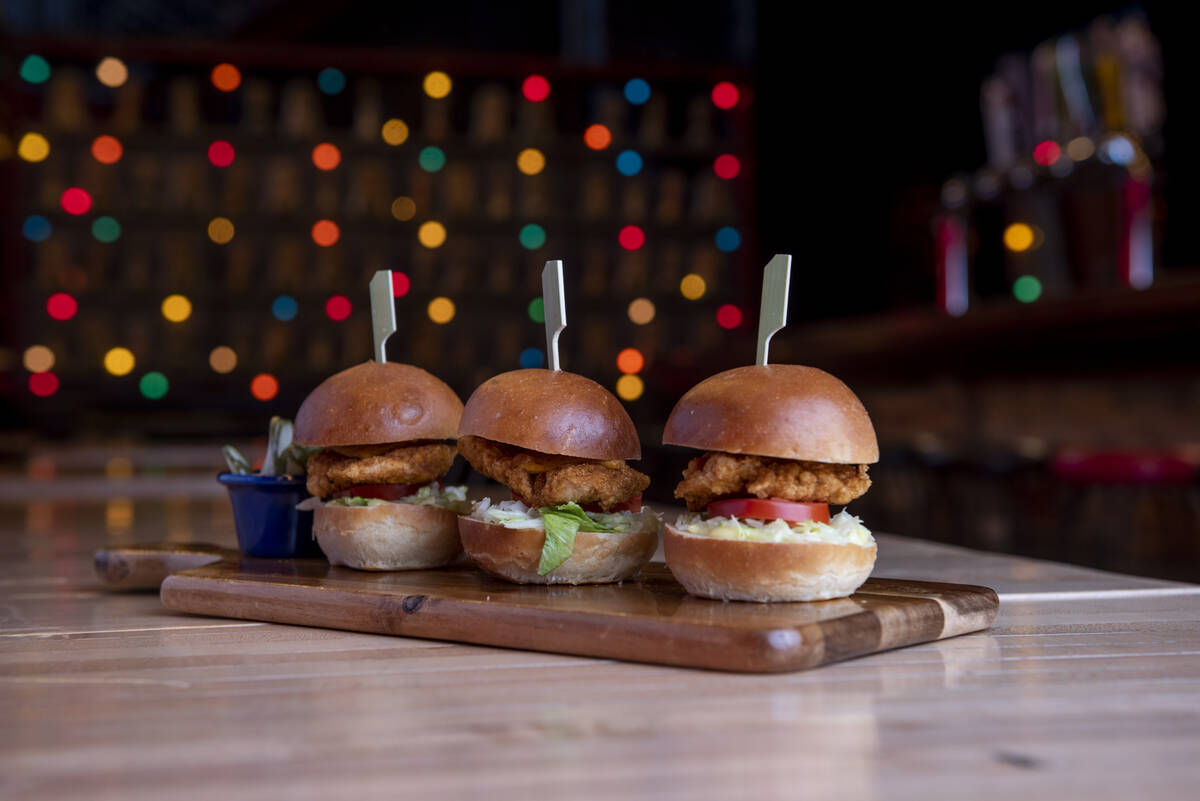 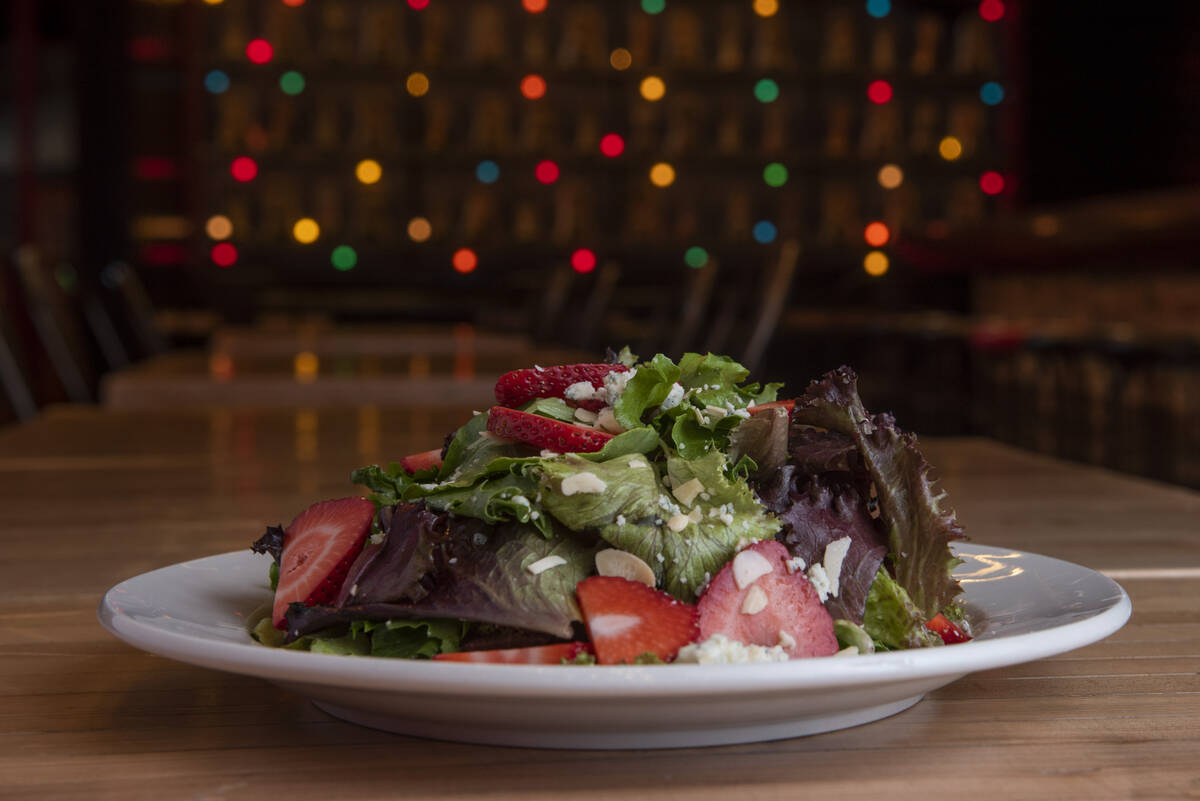 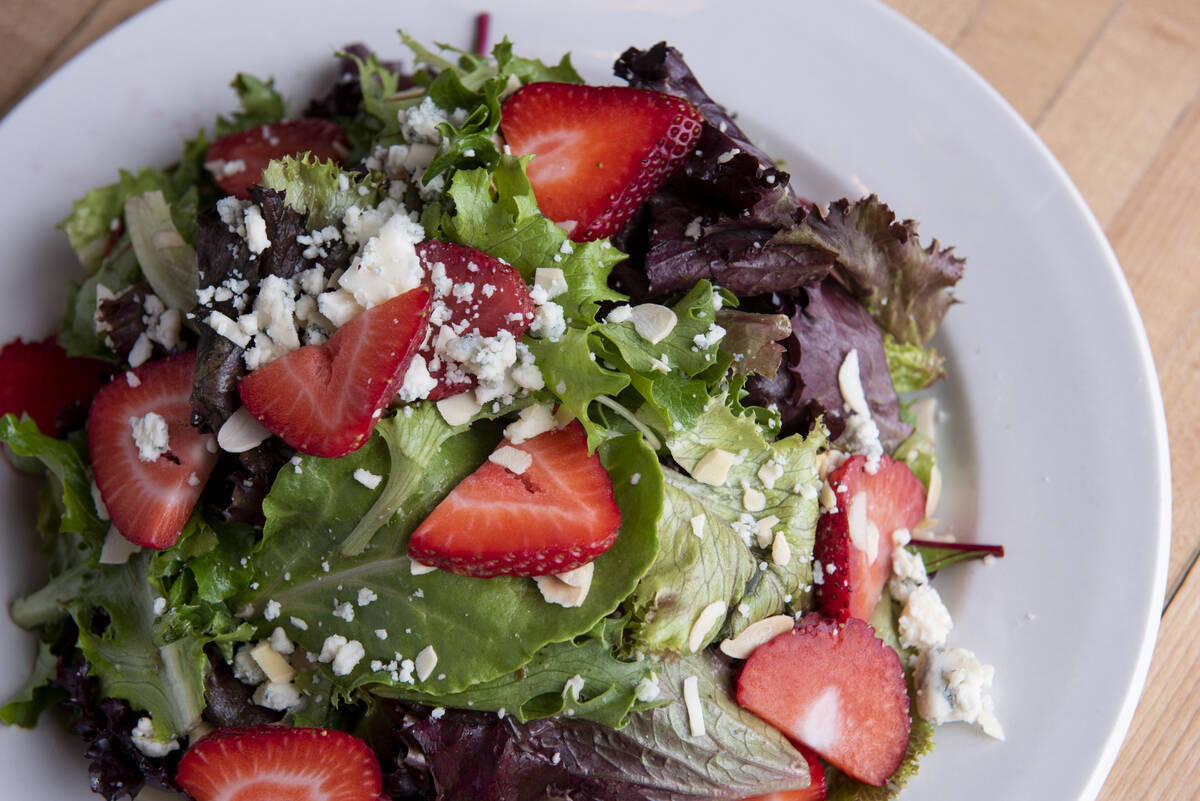 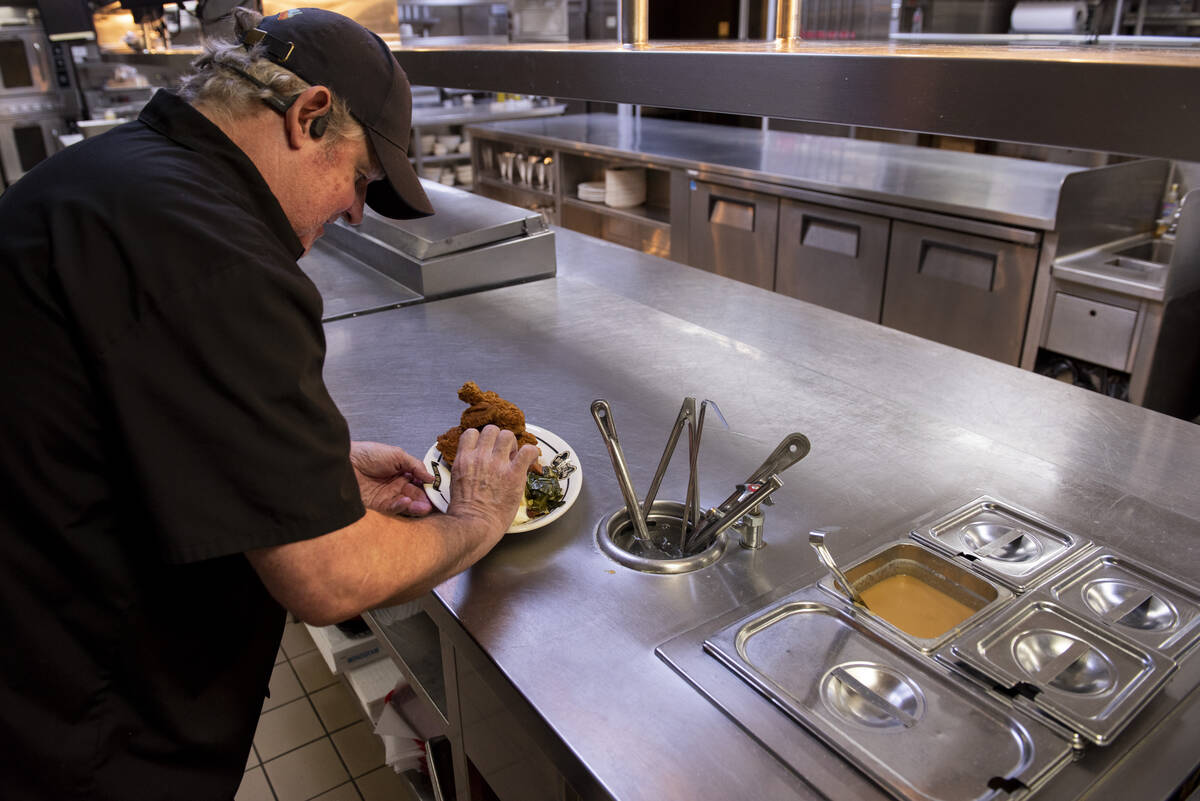 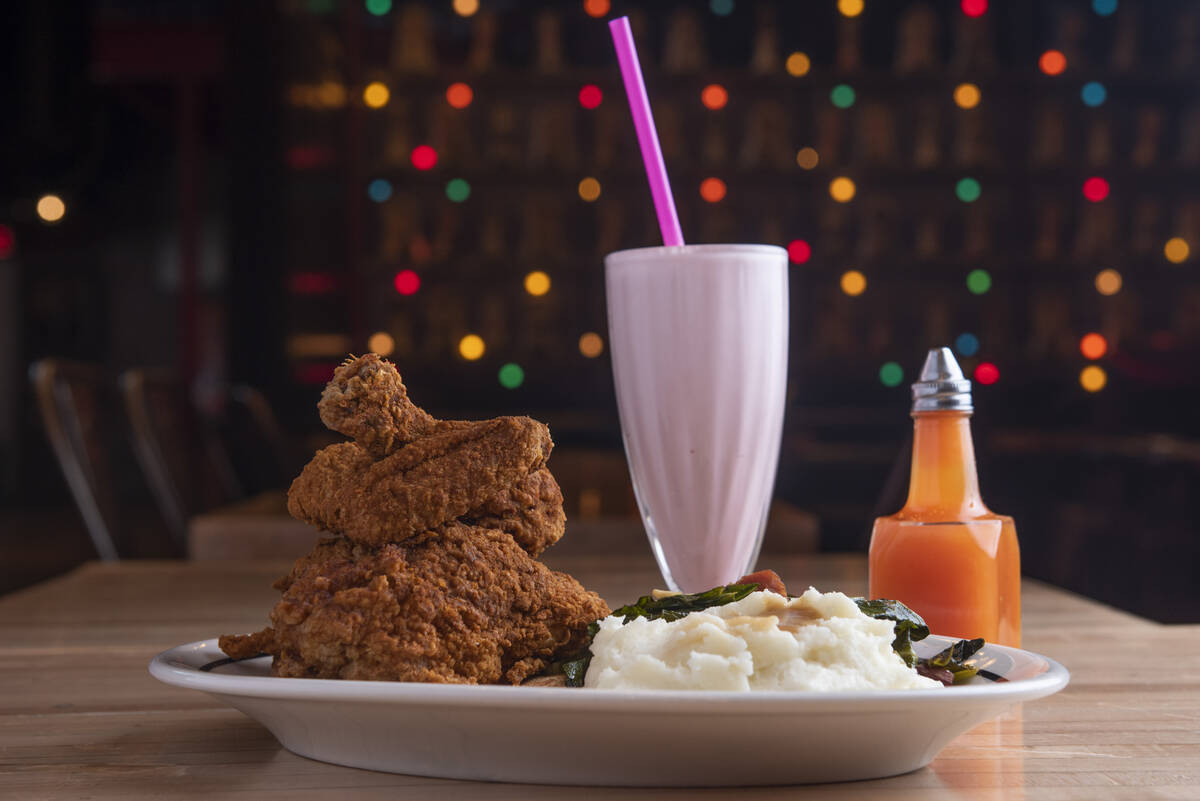 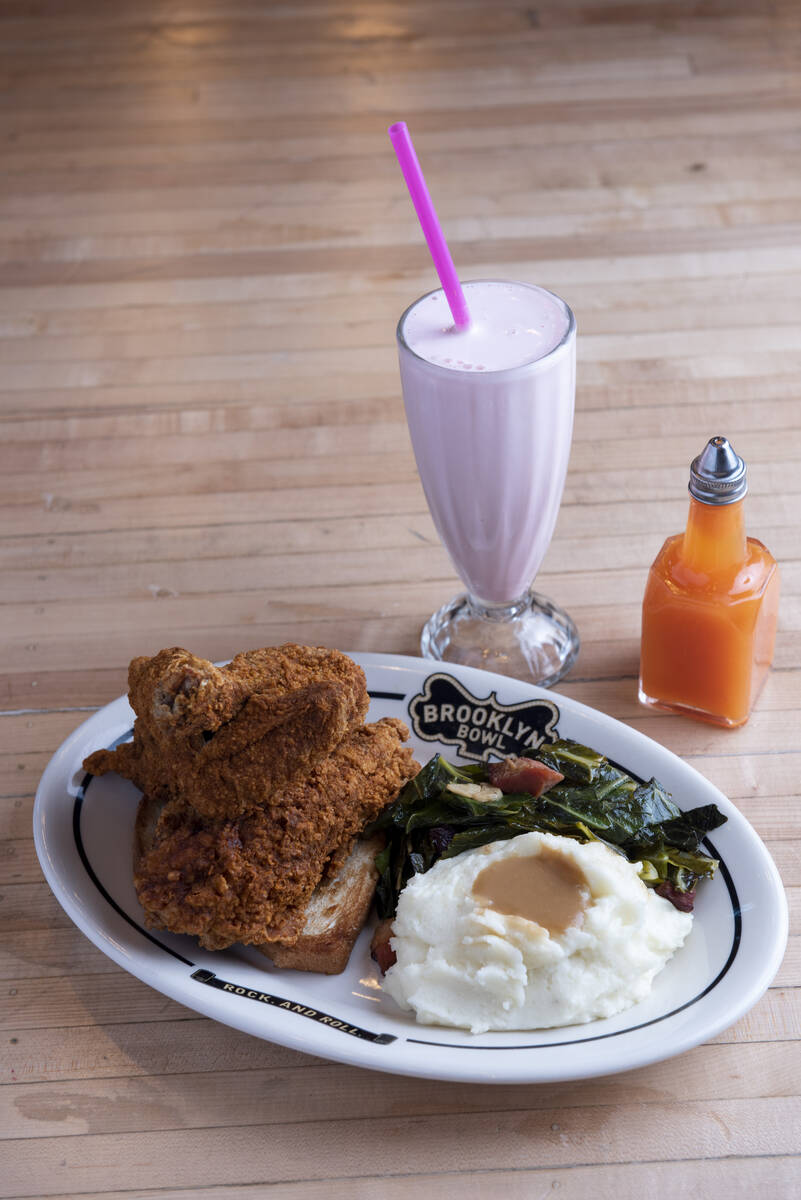 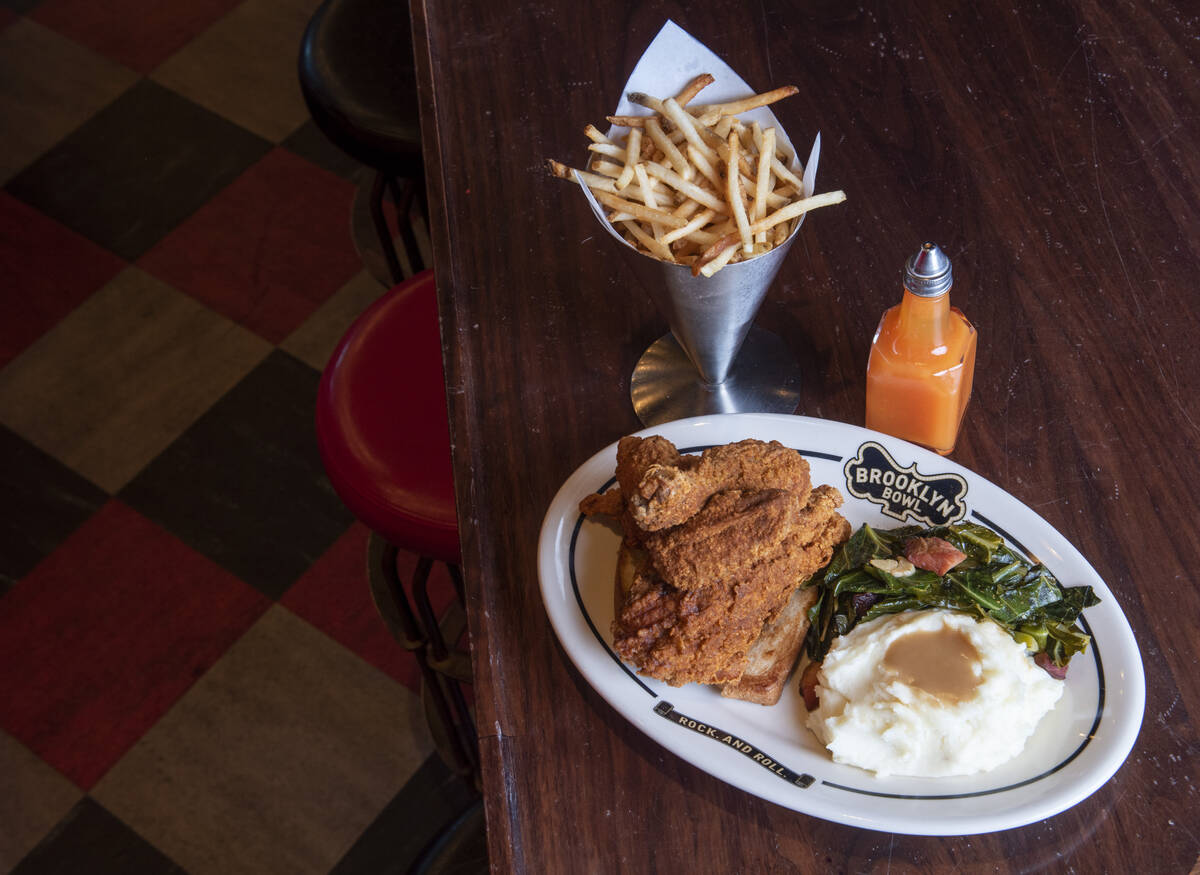 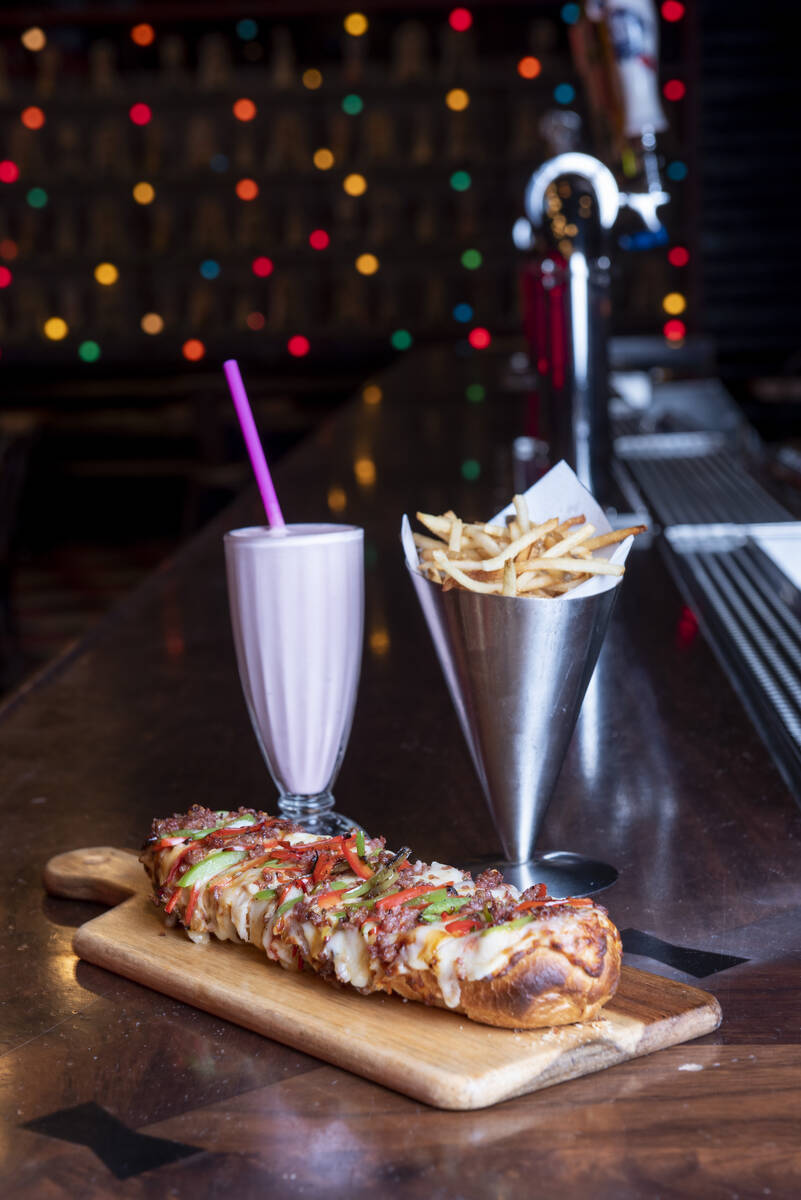 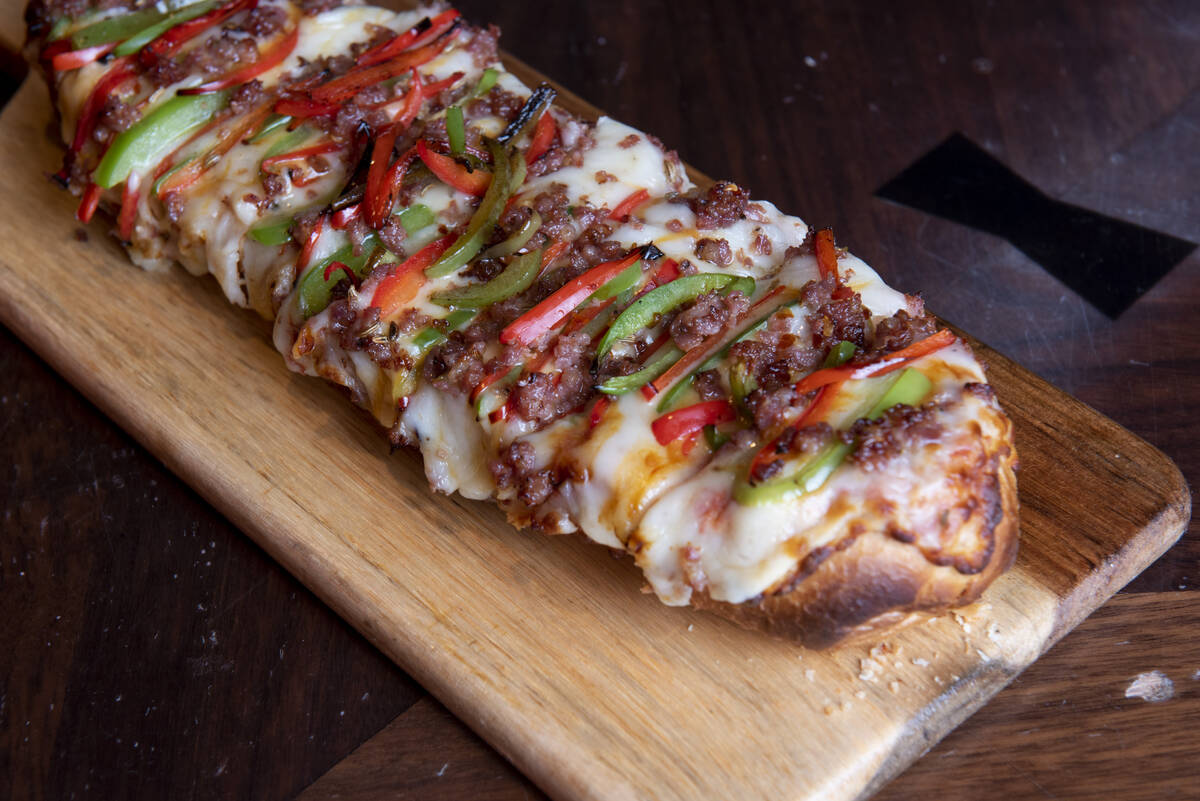 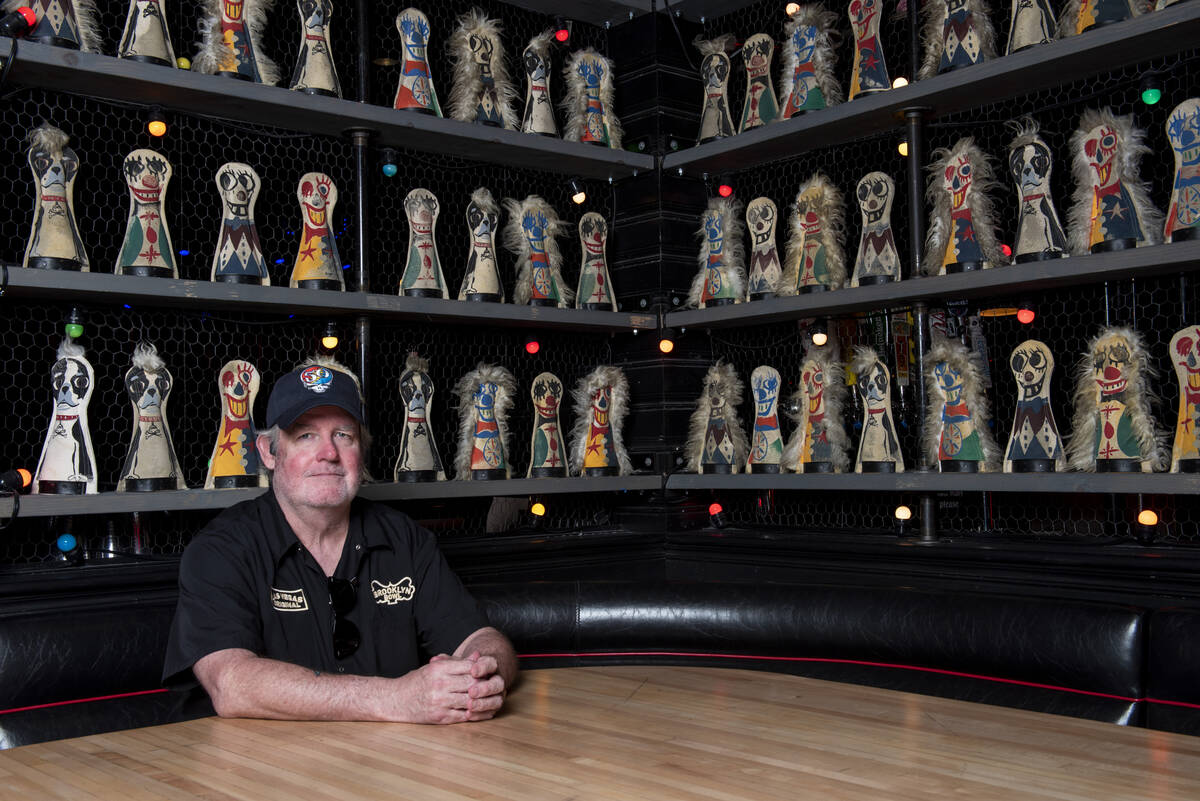 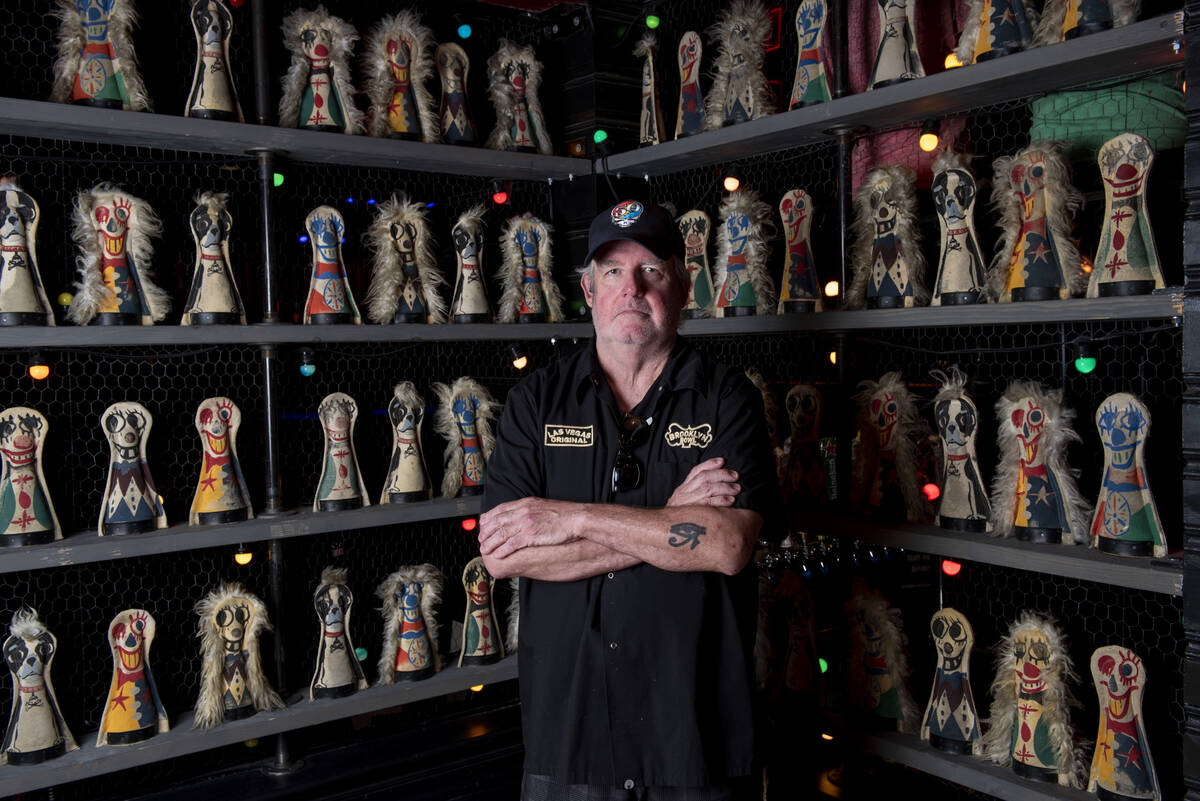 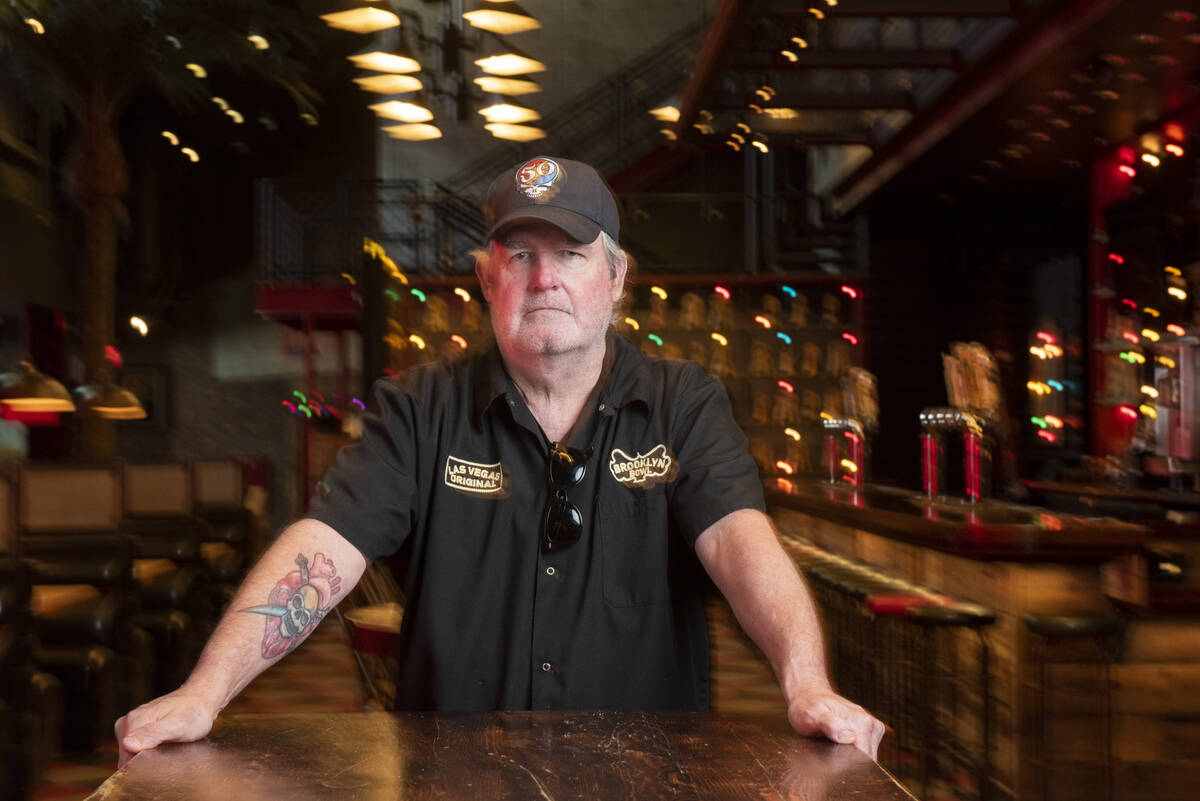 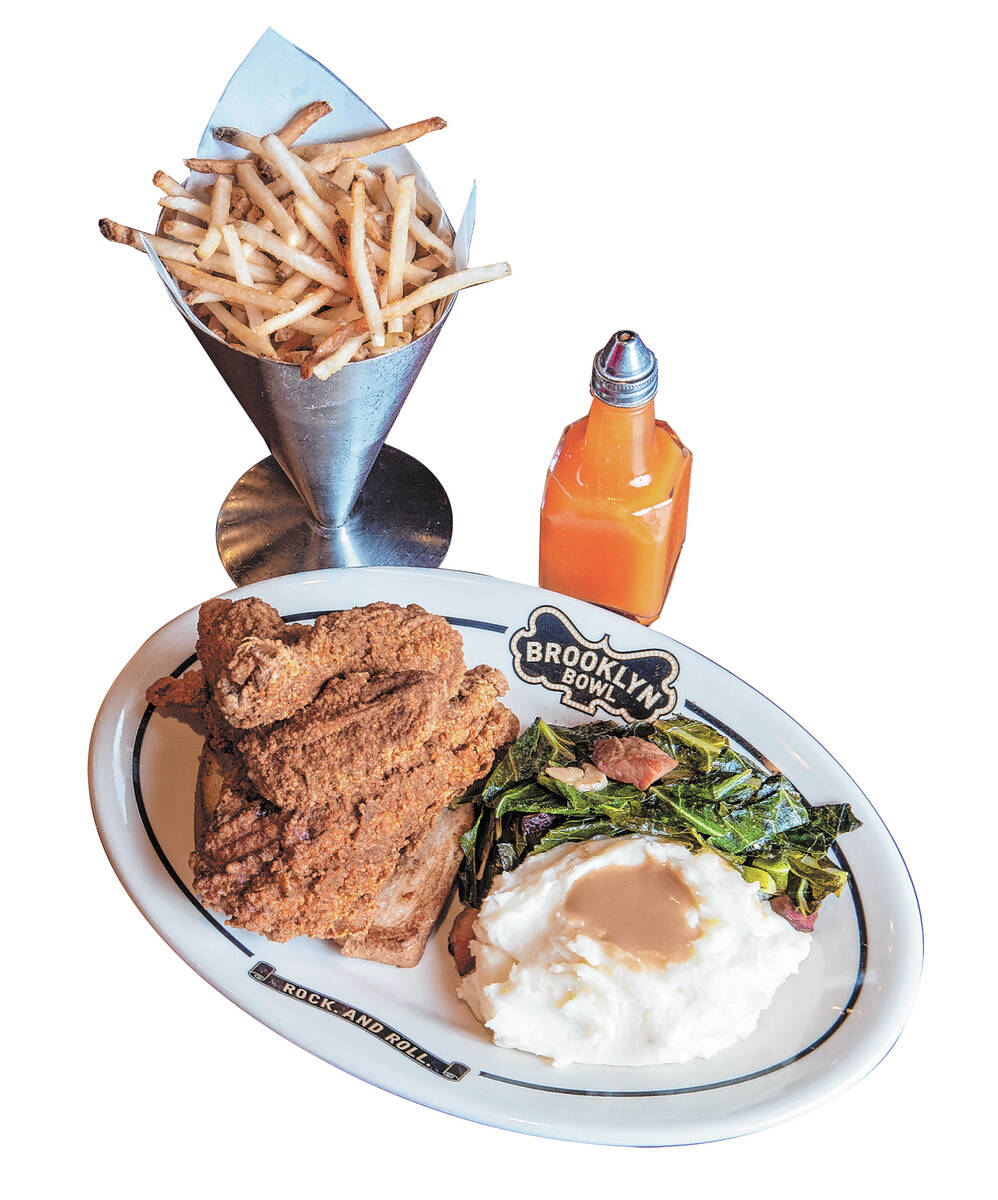 All is not as it seems on the menu at Brooklyn Bowl.

A heap of fried chicken touches down in the restaurant of the capacious drinking, dining, bowling and music outfit on the Linq Promenade just off the Strip.

Seasoning jabs the golden crags and crevasses of the drumsticks, breasts and thighs. A first bite — the snap-crisp crunch can be heard three tables away. The breading gives way to tender steaming meat. Fingers are licked, napkins deployed, and then the secret emerges: This fried chicken is gluten-free.

Impossible. It’s too good. Is this chicken chicanery?

A second heap of fried chicken, the standard stuff, arrives by way of comparison. The texture and flavor are indistinguishable from the gluten-free version. There’s no chicanery here, just skill — and love.

“The reason I started thinking about gluten-free was my wife had a gluten allergy,” said chef Dermot Driscoll, the culinary director of the four Brooklyn Bowls in Las Vegas, New York City, Nashville, Tennessee, and Philadelphia.

“I knew how much she loved fried chicken, and it was going to be something she couldn’t have, so I did my best to do something that could accommodate not just her, but all the other people out there with gluten allergies.”

For the breading, Driscoll sourced gluten-free matzo from Israel and swapped in potato starch for the usual flour. Two weeks of testing ensued. The gluten-free version had to be appealing, of course, while also upholding the standards of Blue Ribbon, the famed fried chicken purveyor whose recipes the Brooklyn Bowls showcase.

In Las Vegas, top bands appear on the Brooklyn Bowl stage. Bowlers play on 32 lanes across two floors. For many folks, dropping by for fried chicken isn’t the point of the visit.

“A lot of people don’t even know it’s a full-running restaurant,” Driscoll said. “You can either eat in the restaurant or eat on the lanes. You can come in before the show. You can stay out after the show. This is basically our flagship. We want to give a great experience in everything we do.”

The secrets behind the fry

“I think it’s great to have a lot of variety and different styles, but I will stick by my Blue Ribbon fried chicken and put it against anybody. I don’t change what we’re doing because something is hot at the moment. What’s important is making sure you’re doing it the same way every time.”

That poultry process begins with birds that are 3¼ to 3½ pounds. Weigh-ins occur frequently. Butchered chicken pieces are covered in ice in hotel pans. Before frying, the chicken is evenly coated in egg whites and a matzo, flour and baking soda blend (or its gluten-free equivalent).

The chicken is cooked in canola oil at precisely 367 degrees Fahrenheit for exactly 17 minutes, then tossed in a proprietary mix of cayenne, Spanish paprika and other seasonings. Three hundred sixty-seven degrees is the “perfect spot,” the chef said. “We’ve tried higher; we’ve tried lower. That is what works with that size chicken and that breading and that amount of time.”

On the Brooklyn Bowl menu, fried chicken stars in sliders, a burger, a jumble of wings, a pile of chicken nuggets and potato tots. Fried chicken platters offer dark meat, white meat or a mix. Fried chicken dinners are served with collard greens and mashed potatoes with a puddle of gravy; beneath the chicken, a thick slice of white bread soaks up the goodness.

When the chef goes crazy

The original Brooklyn Bowl, in New York, opened in 2009. The Vegas location, the second store, debuted in 2014. Driscoll has been with the Vegas venue since before day one, coming aboard from Mandalay Bay’s House of Blues, which also mingles concerts and events with a restaurant and bar. Before the opening, the chef traveled to New York for training in the Blue Ribbon method.

At Brooklyn Bowl, Driscoll harnesses the culinary potential of different activities under one roof. The fee for a bowling lane includes a food and beverage credit, and you can now book a lane and order food at the same time online. The chef is developing special menus for the shows ahead. Diners can watch the performances on monitors. And then there are the private gatherings easily accommodated by Brooklyn Bowl’s soaring spaces.

“I keep my crazy side for special events,” the chef said, venturing beyond fried chicken and other menu staples with dishes like an inside-out meatball stuffed with spaghetti and Parmesan, then covered in marinara and parsley. Or mac-and-cheese balls studded with brisket. Or sea bass skewered with arugula.

In the next few weeks, a new menu with more appetizers, including chicken wings, will launch. (If you want smoked wings instead of fried, call in to order two days ahead.) Driscoll was quick to acknowledge that as Brooklyn Bowl’s poultry poobah, he doesn’t fry alone.

“It’s not just me. It’s a whole team,” he said. “You have to inspire that team, recognize them, appreciate them, thank them for a job well done.”

It takes a kitchen to fry a chicken.