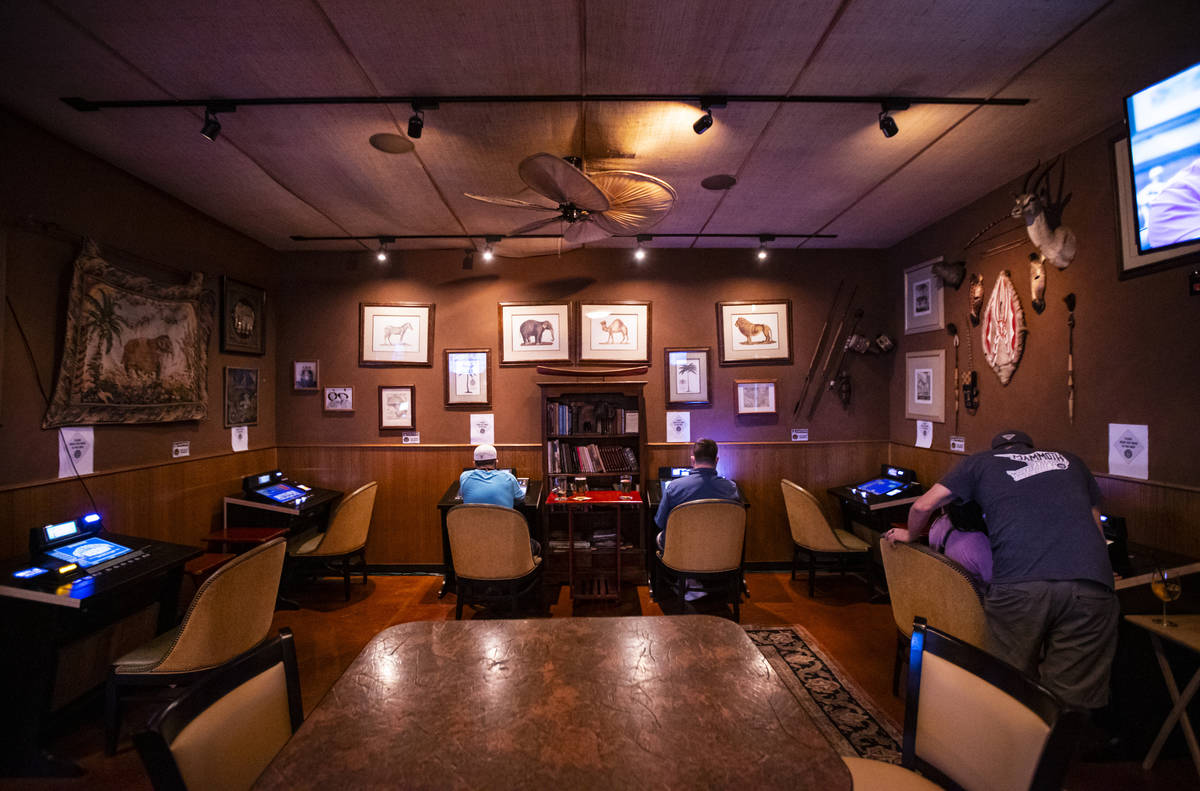 People play on gaming machines that were formerly at the bar in a lounge area at Black Mountain Grill in Henderson on Sunday, Aug. 2, 2020. (Chase Stevens/Las Vegas Review-Journal) @csstevensphoto 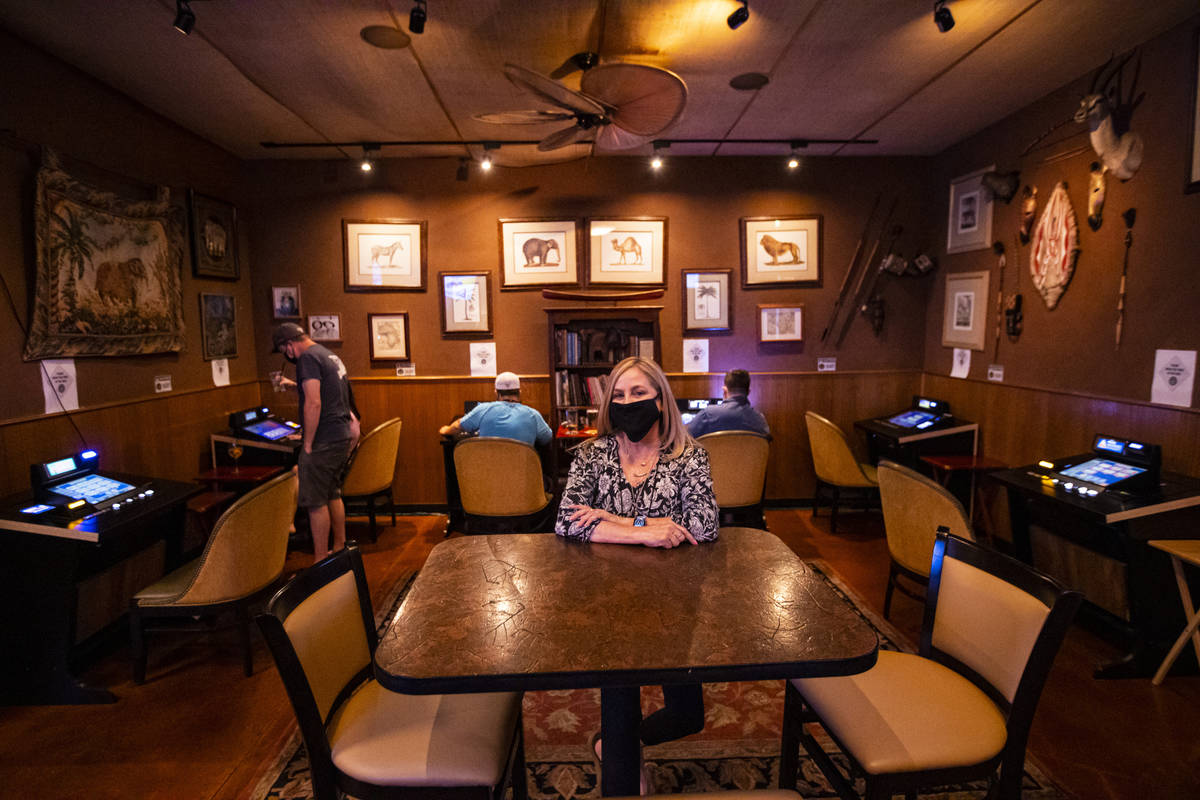 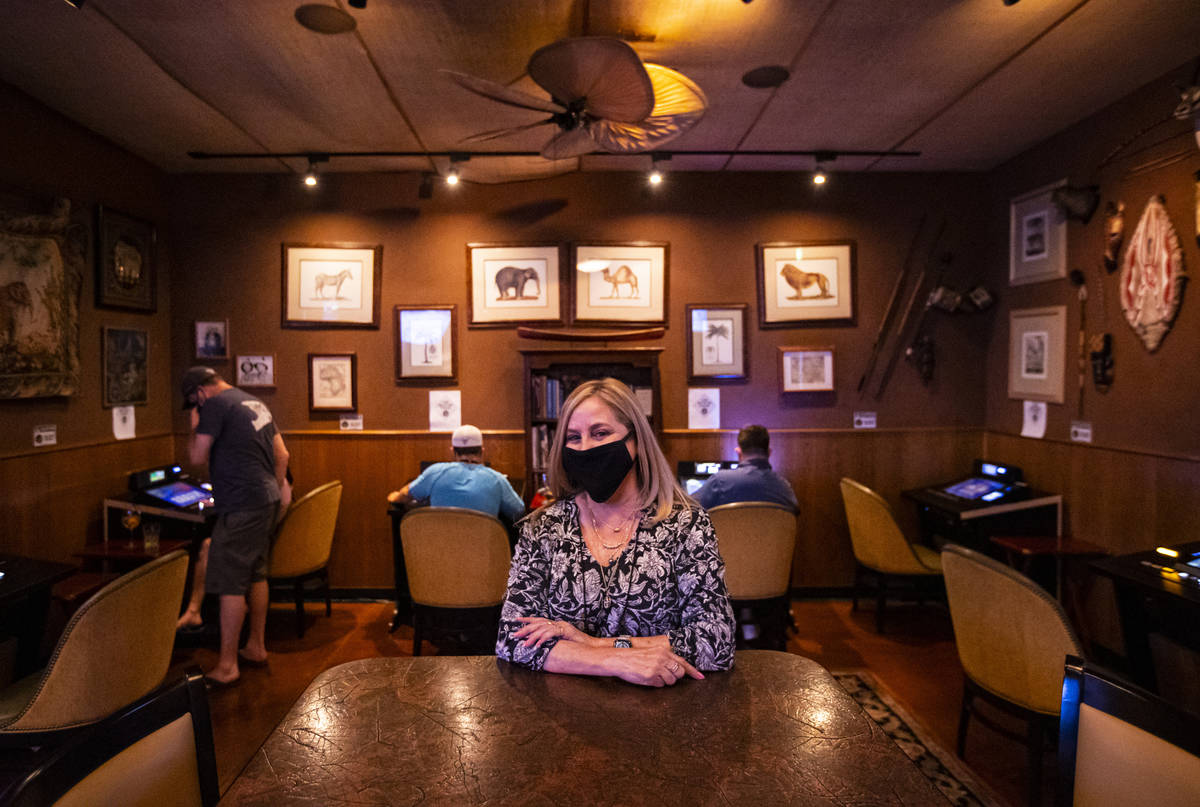 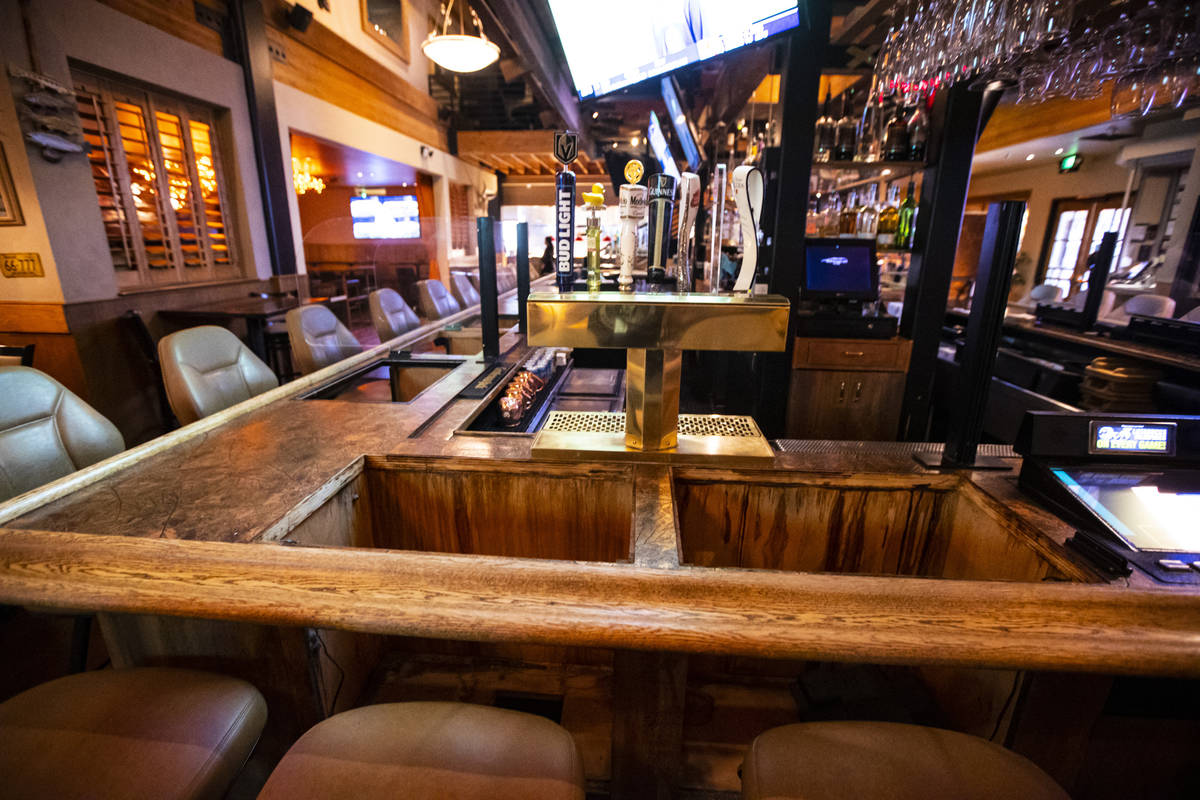 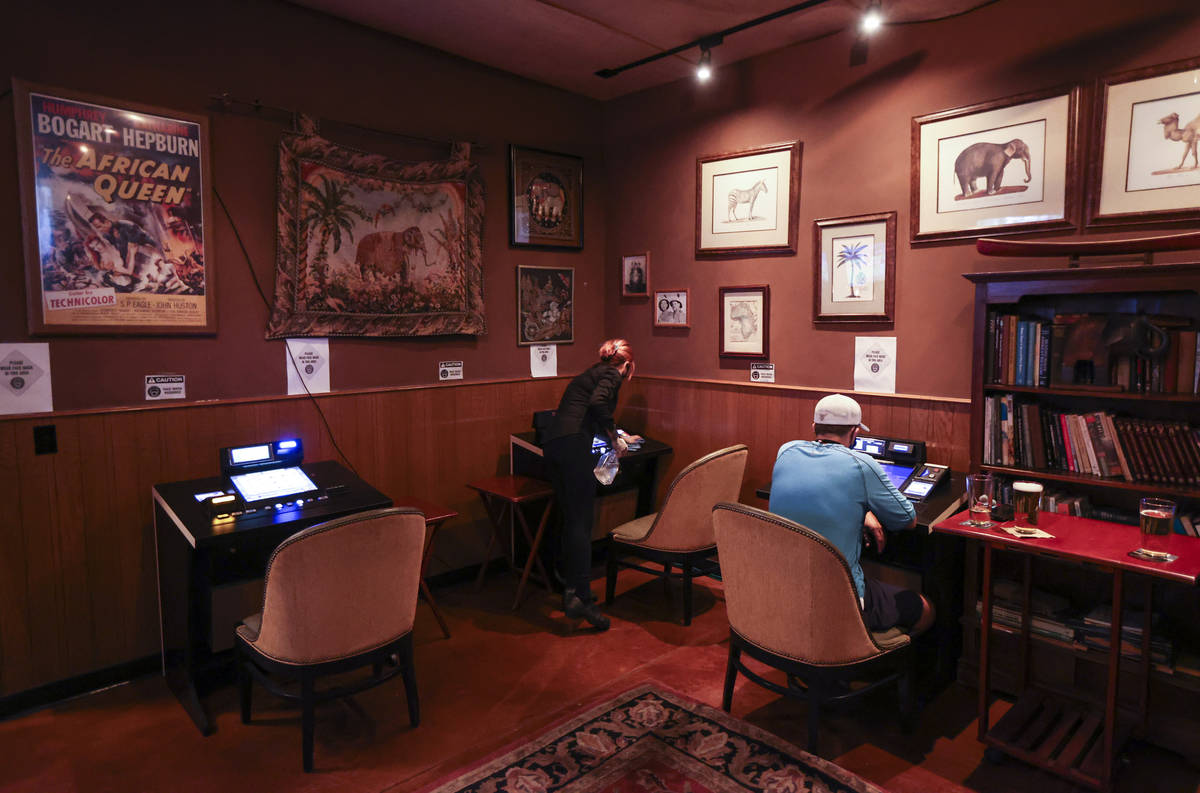 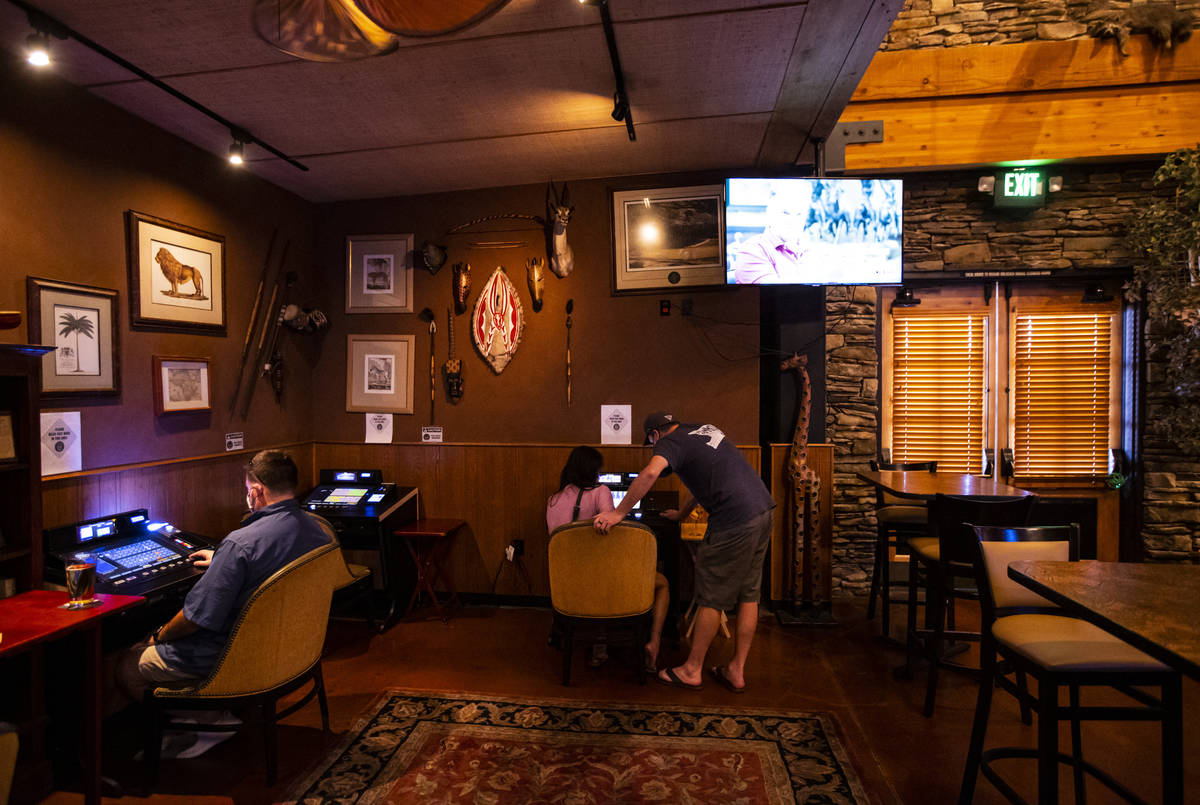 Kelly and Pete, center, who declined to give their last names, play on gaming machines that were formerly at the bar in a lounge area at Black Mountain Grill in Henderson on Sunday, Aug. 2, 2020. (Chase Stevens/Las Vegas Review-Journal) @csstevensphoto 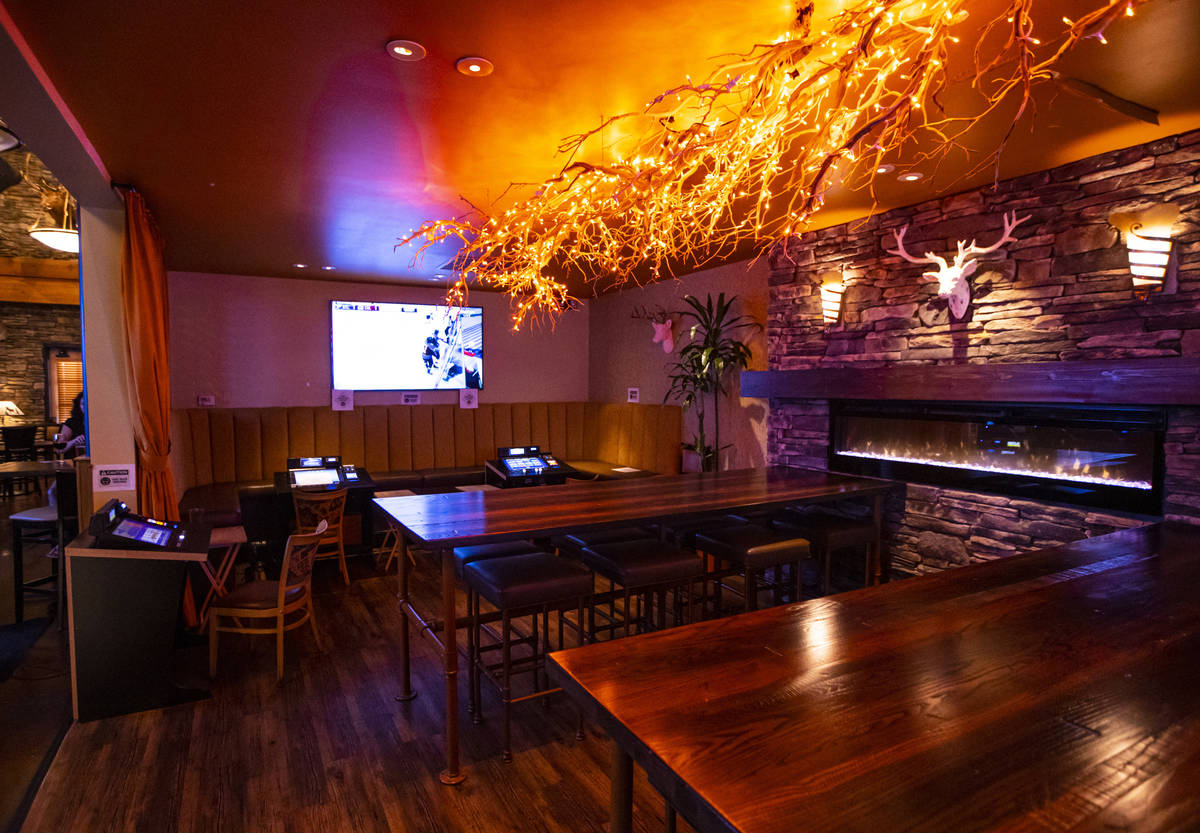 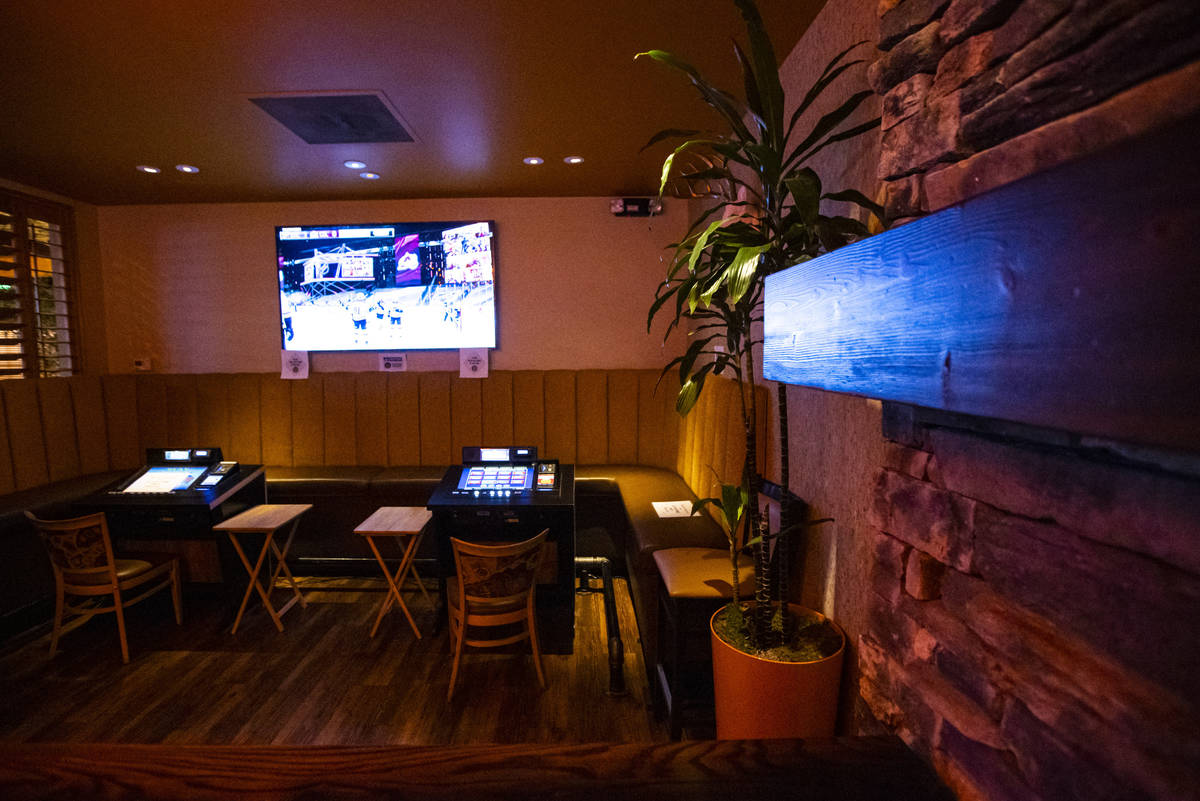 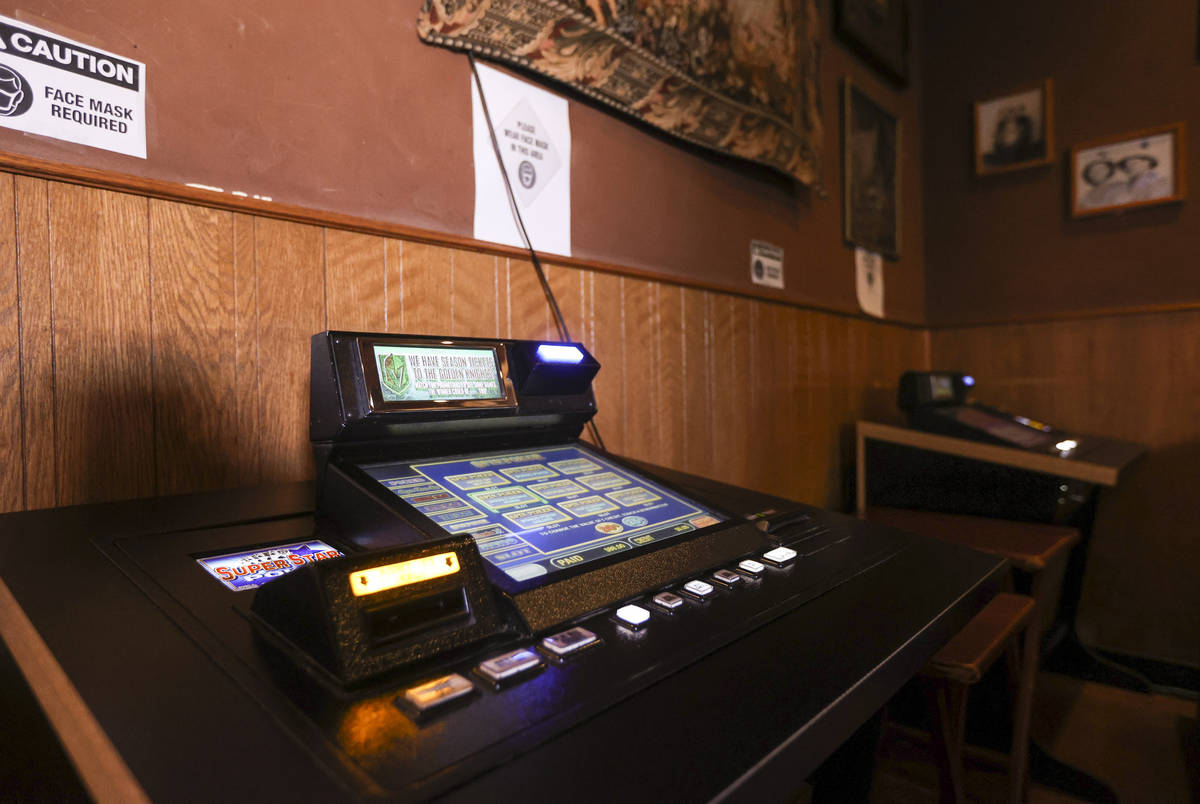 A gaming machine that was formerly at the bar is seen in a lounge area at Black Mountain Grill in Henderson on Sunday, Aug. 2, 2020. (Chase Stevens/Las Vegas Review-Journal) @csstevensphoto 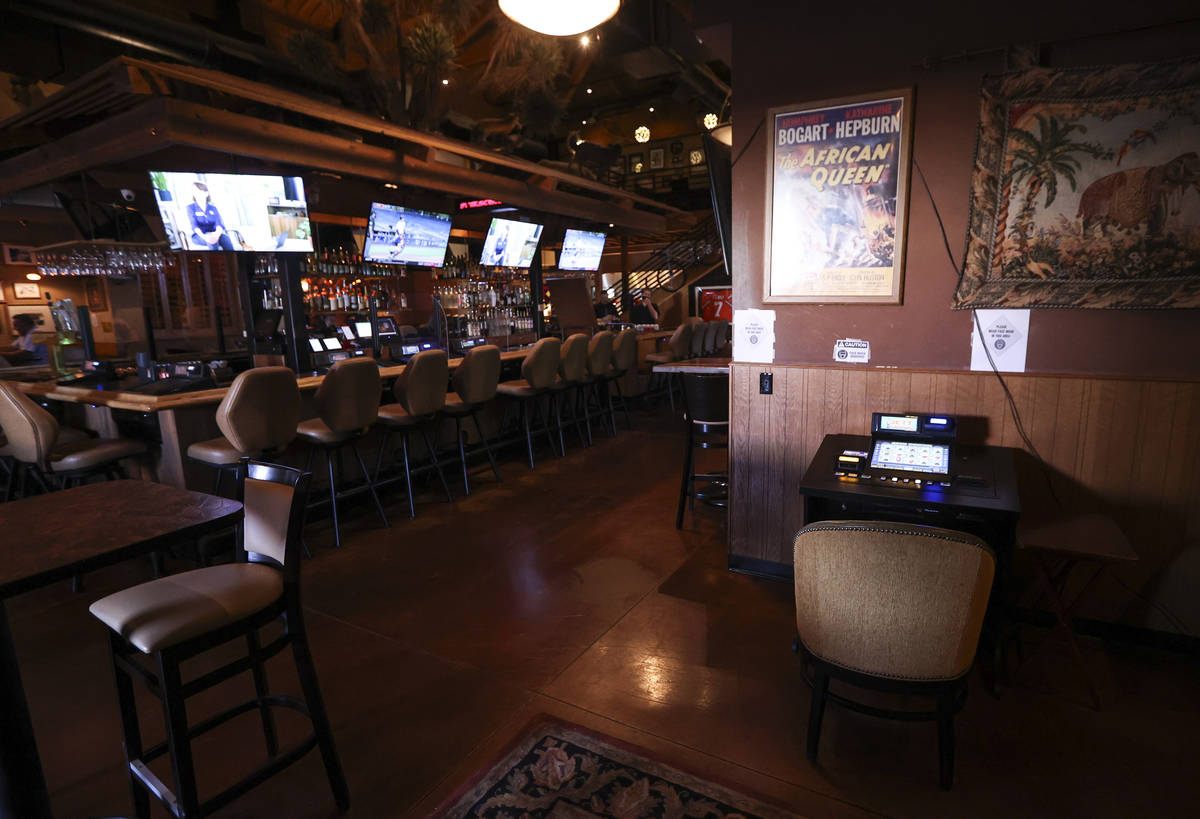 A gaming machine that was formerly at the bar is seen in a lounge area at Black Mountain Grill in Henderson on Sunday, Aug. 2, 2020. (Chase Stevens/Las Vegas Review-Journal) @csstevensphoto

You don’t have to get very close the vacant bar at Henderson’s Black Mountain Grill to see that something is missing. Even from a distance, the gaping holes in the bar top are noticeable, in the spaces video poker machines once occupied.

It’s not that the machines are turned off. It’s that nine of the Super Star Poker machines (which offer a variety of single and multi-hand video poker games as well as keno, blackjack and video slots) have been removed from the restaurant’s bar area and installed in stand-alone consoles scattered between two makeshift “gaming lounges.”

“Right now I have two lounges going,” says Black Mountain Grill owner Donna Rocker, referring to a pair of alcoves set back from the bar area that had previously served as dining rooms. One houses six of her displaced machines, with three in the other. And whenever the company that runs her slot route finds the time to build her more cabinets, she’ll find another lounge to house the six machines that are still embedded in the bar.

“They’re building (cabinets) as fast as they can,” she says of Terrible Herbst, which owns the 15 machines in her restaurant and bar. “We have to pay $200 apiece for the cabinets, and we have to move our own machines off the bar and into those cabinets. And the cabinets have to be in a separate lounge — they can’t be anywhere near the bar.”

On Sunday night, a woman named Kelly who declined to give her last name, was among a handful of players in one of Black Mountain Grill’s lounges.

“We’re trying to support it because we loved coming here before, and we want to support the bartenders and the people who work here,” Kelly said of the new setup. “But it’s definitely not as fun (as gambling at the bar).”

Rocker agrees that the arrangement isn’t optimal. But like most tavern owners, she’ll do whatever it takes to keep her machines on. Video poker is the life’s blood of Las Vegas taverns, and Rocker estimates it accounts for 80 percent of her revenue.

“None of (the) taverns opened to be in the food and beverage business,” she explains. “We’re in the gaming business.”

For most, however, that business is conducted at their bars. If customers can’t sit at the bar, where the machines are, they can’t gamble. So in the wake of Gov. Steve Sisolak’s order to close bars, the ability to relocate those machines is viewed by many as vital to keeping their doors open.

The Nevada Gaming Control Board made relocating the machines a bit easier with a memo issued on May 5 that allowed “changing the placement of slot machines from a previously approved Board diagram in order to comply with COVID-19 health requirements” without seeking prior approval. For bar and tavern owners, that dispensation still requires the approval of local governments.

While the cities of Henderson, Las Vegas and North Las Vegas quickly decided to allow the relocation of bar-top games to makeshift lounges, businesses in unincorporated Clark County had to wait a little longer.

On Wednesday, however, the Clark County Commission voted unanimously to allow tavern owners in unincorporated areas to move up to seven gaming machines out of their bartops and into stand-alone cabinets that can be operated away from the bar. That’s less than the 15 machines tavern owners had requested approval for at a Tuesday meeting, and in line with a compromise proposal that had been suggested by representatives of some larger resorts.

Speaking before that ruling, Rocker said that if allowed, she and her husband Tommy would start moving machines out of the bartops at their other business, Tommy Rocker’s Mojave Beach Bar & Grill on Dean Martin Drive, as quickly as they could have consoles made.

“We’ll do almost anything we can to keep those machines open anywhere you want us to put them in our building,” Donna Rocker says. “It’s all about the games. Just like the casinos, it’s all about gaming. That’s what Vegas has always been about.”