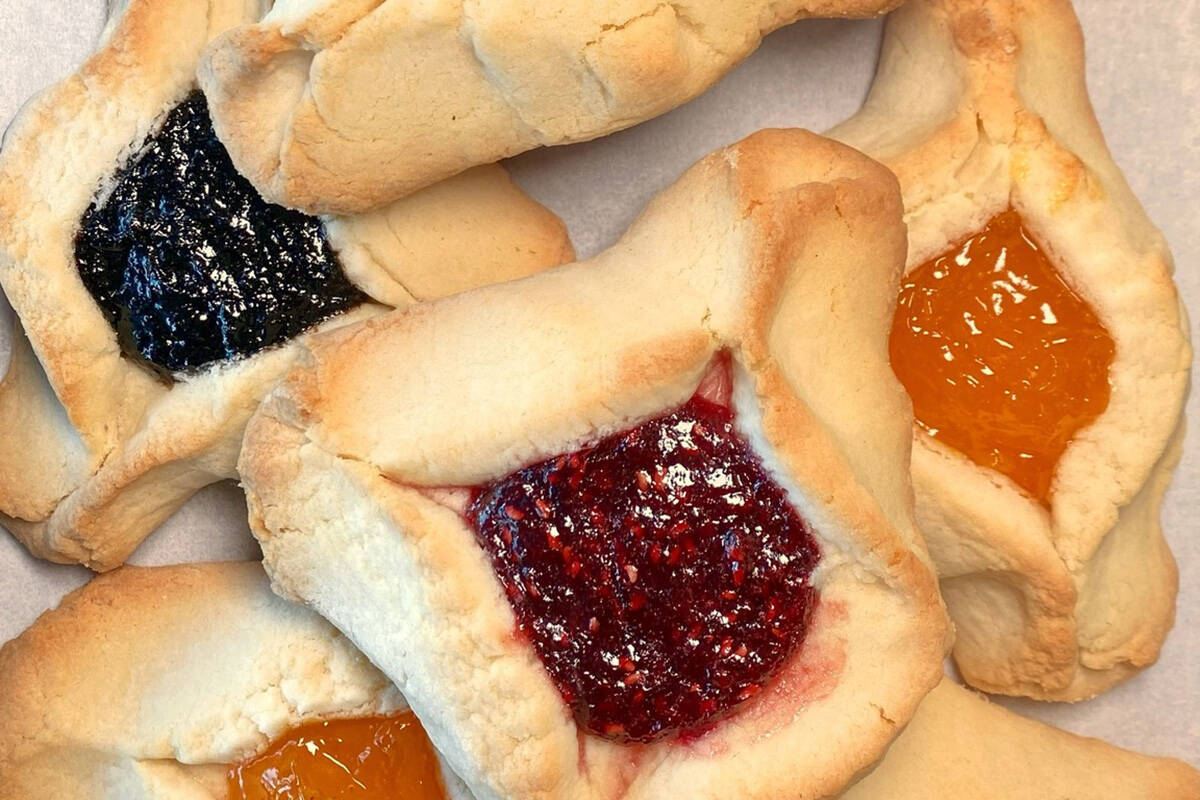 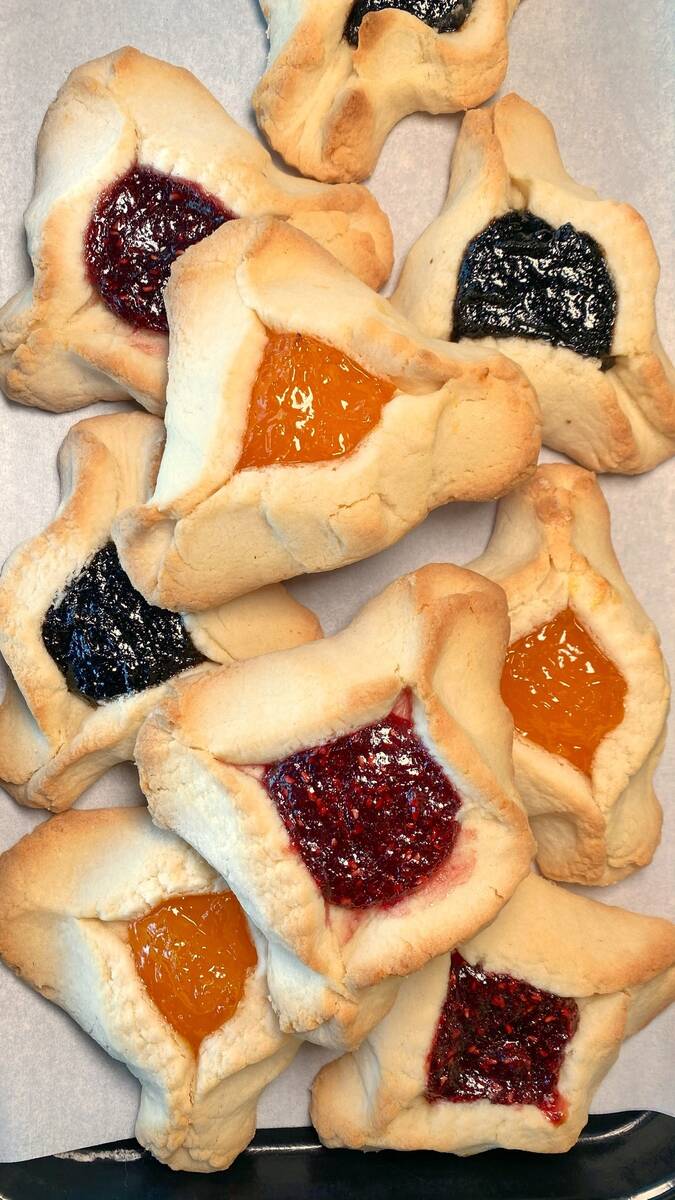 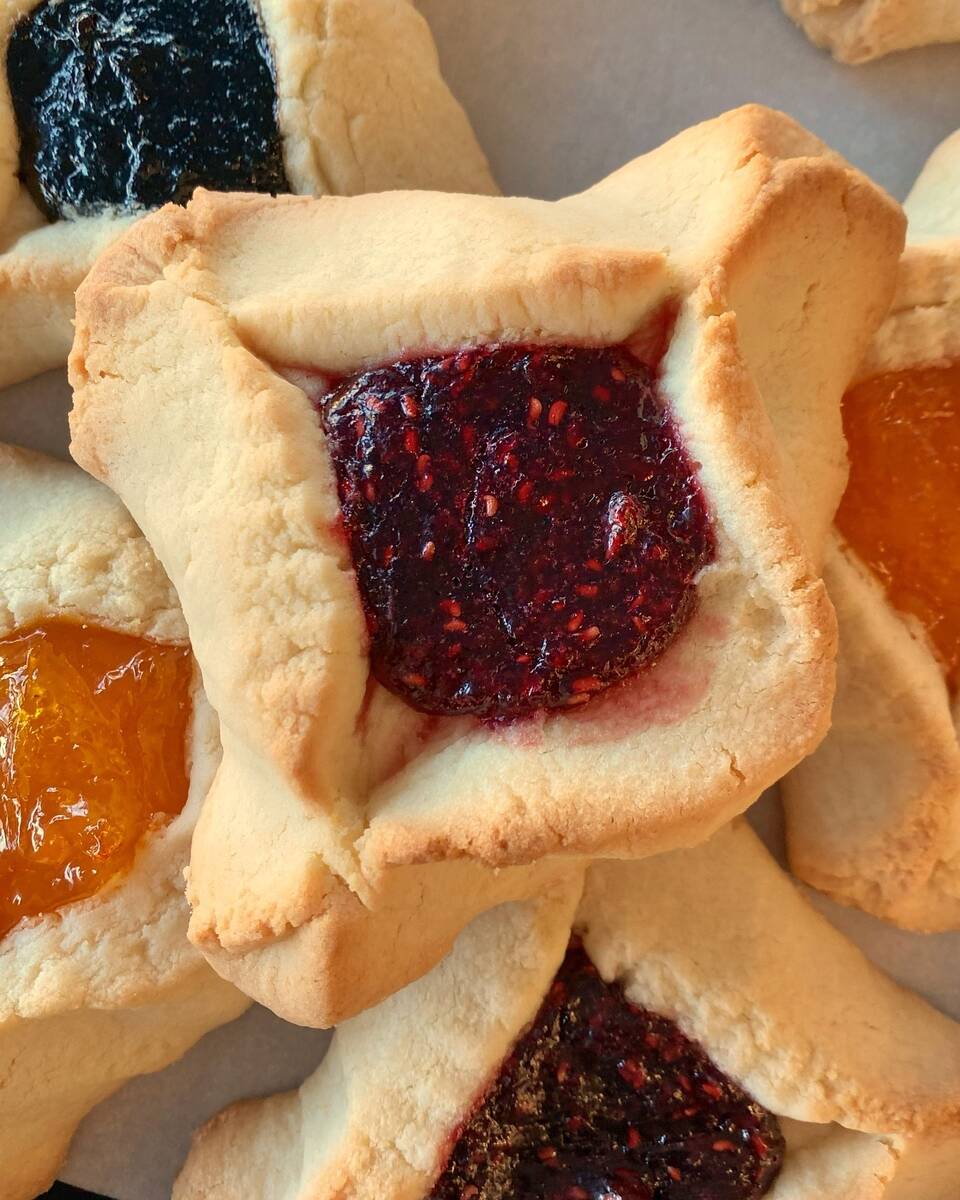 If you stop by Siegel’s Bagelmania near the Las Vegas Convention Center today, you might notice some pinched-up baked morsels stuffed with enticingly dusky-colored fillings on display.

They’re hamantaschen, cookies that are a longtime part of Jewish culinary traditions centered around Purim, the celebratory holiday with its roots in the Bible’s Book of Esther.

For decades in the U.S., hamantaschen were only available during the week of Purim — so they were a delectable big deal when they showed up in local bakeries and grocery stores.

“It was always a treat,” said Crandall of enjoying the Purim-season cookies in decades past. “As a kid, you always loved seeing those triangle-shaped cookies.”

Thankfully, the celebratory and much-loved desserts are now available in any season in non-holiday flavors.

“Year-round, we have apricot and raspberry hamantaschen,” Crandall said.

Bagelmania’s hamantaschen sell for $3.95 each. In addition, the deli-bakery sells rugelach — rolled pastry bites in chocolate chip, raspberry, cinnamon and apricot flavors — for $14.95 a pound.