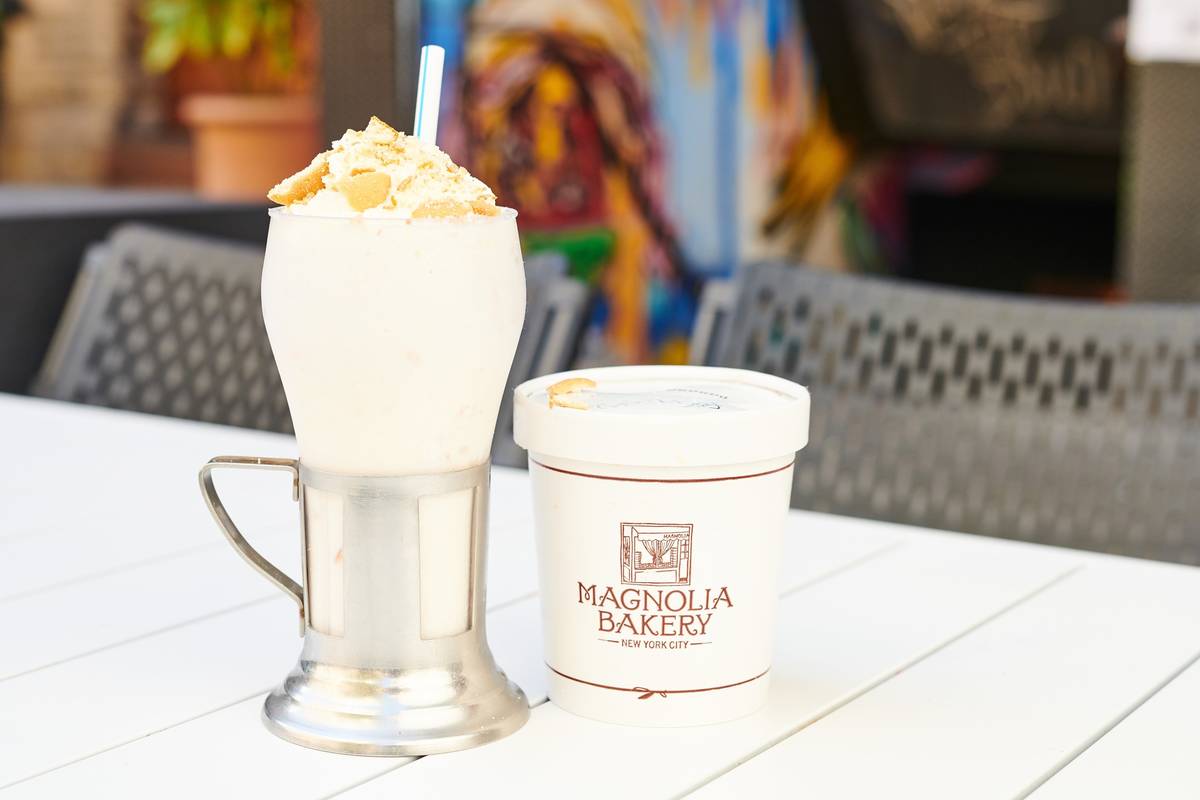 A taste of New York’s Magnolia Bakery will travel to Las Vegas this weekend as Black Tap Craft Burgers & Beer at The Venetian features the landmark’s banana pudding in a shake to celebrate National Banana Pudding Month. It’s available Friday through Sunday. On Sept. 4, the chain will introduce a vegan Key lime pie shake and a blueberry pie shake, both of which are being added to the permanent menu.

Americana, 2620 Regatta Drive, has introduced Weekly Harvest menus on Tuesdays through Thursdays. The three-course menus are $50 and change weekly; a recent example started with an heirloom tomato and shrimp panzanella salad before moving on to a grilled petite rib-eye and banana split for dessert. americanalasvegas.com

Modern mixologist Tony Abou-Ganim will conduct a free session, “Pitchers & Punches,” at 3 p.m. Wednesday. It’ll be available via Zoom, with a link sent to everyone who signs up at bit.ly/2QxB6Za.

Farm Table back at Honey Salt

Honey Salt, 1031 S. Rampart Blvd., will resume its Farm Table Dinners with its third annual Cape Cod Cookbook dinner at 6 p.m. Sept. 8. The multicourse menu including stuffed baked clams, warm Maine lobster rolls and End-of-Summer Peach Cobbler will be served individually instead of family-style, in keeping with COVID-19 guidelines. Parties will be limited to six. The dinner’s $55, with wine pairings $25; reserve at honeysalt.com.

Jing at Downtown Summerlin will feature pairings from Kanpai Wines from Napa Valley in its first wine dinner, which is set for 6 p.m. Sept. 8. With five courses including yellowtail serrano, diver scallops, a Peking Duck tostada and a New York strip, it’s $75. The dessert course will be paired with Kanpai’s Late Harvest Viognier, only three cases of which were produced, all acquired by Jing for this dinner.

If you had a birthday between March 17 and June 17 and therefore didn’t get to celebrate it, Topgolf at MGM Grand will attempt to soften the blow with free injectable doughnut holes through Sept. 17. ID confirmation required.

The Still has reopened at the Mirage, with more than 50 craft beers and a menu of updated bar food.

A new location of Mothership Coffee has opened, at 2625 St. Rose Parkway in Henderson.