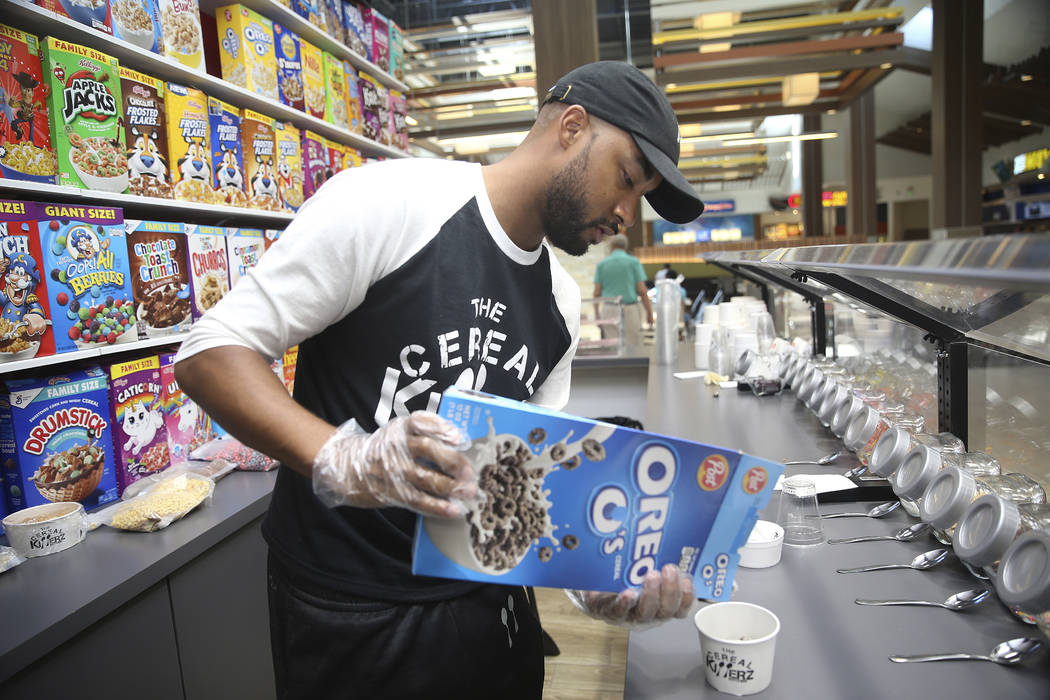 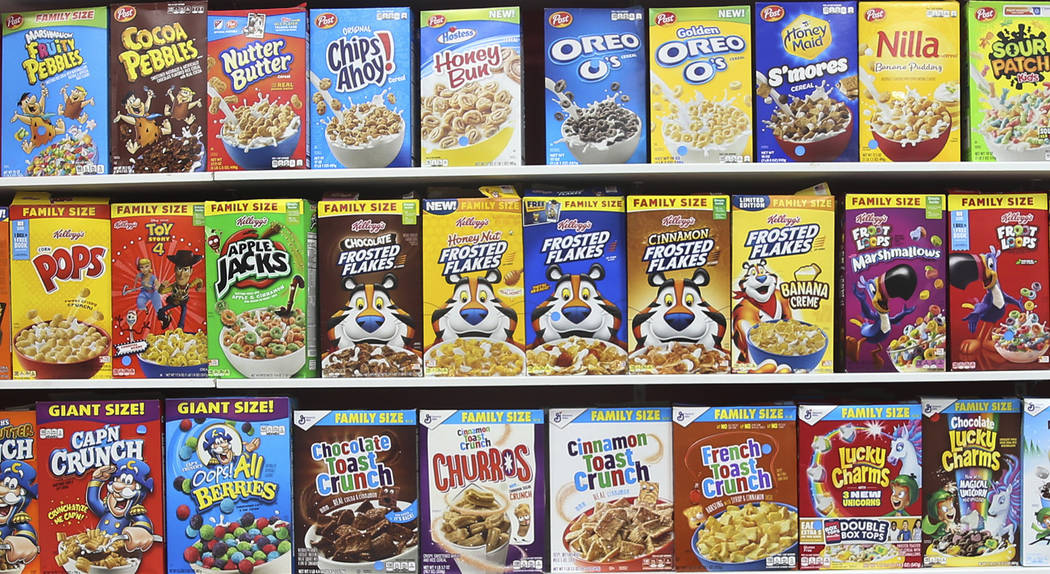 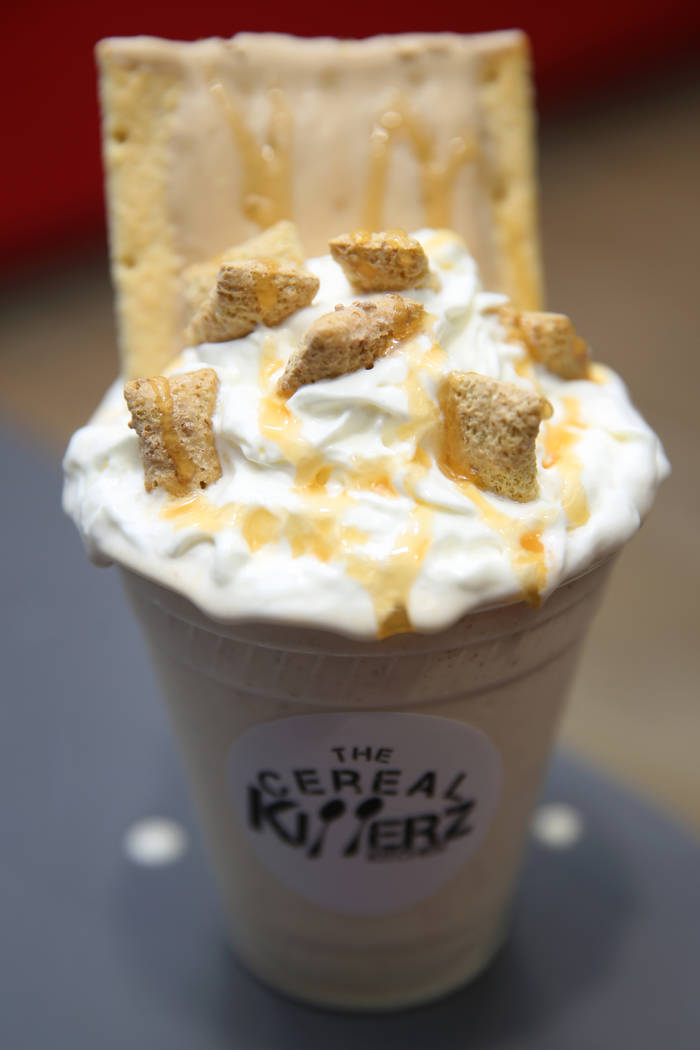 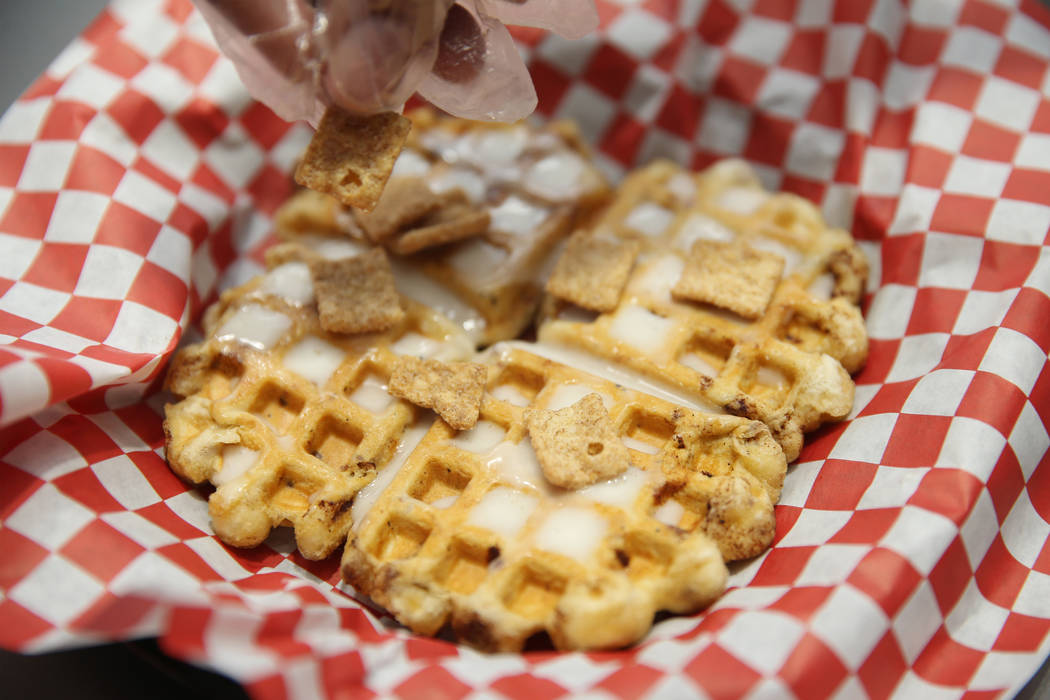 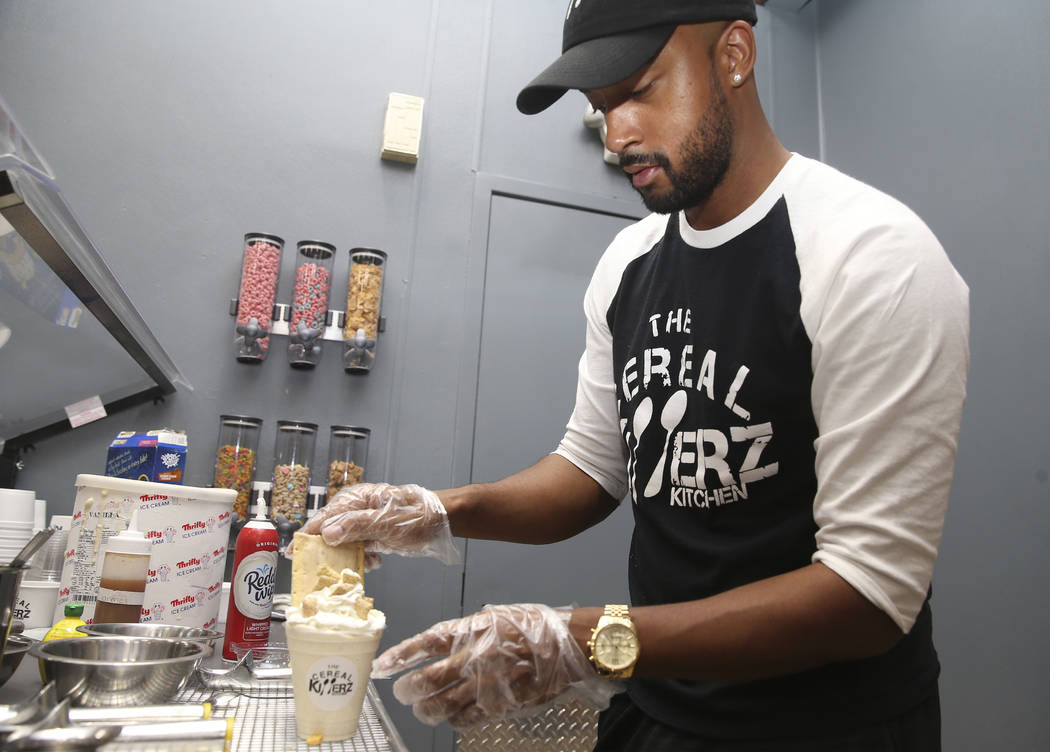 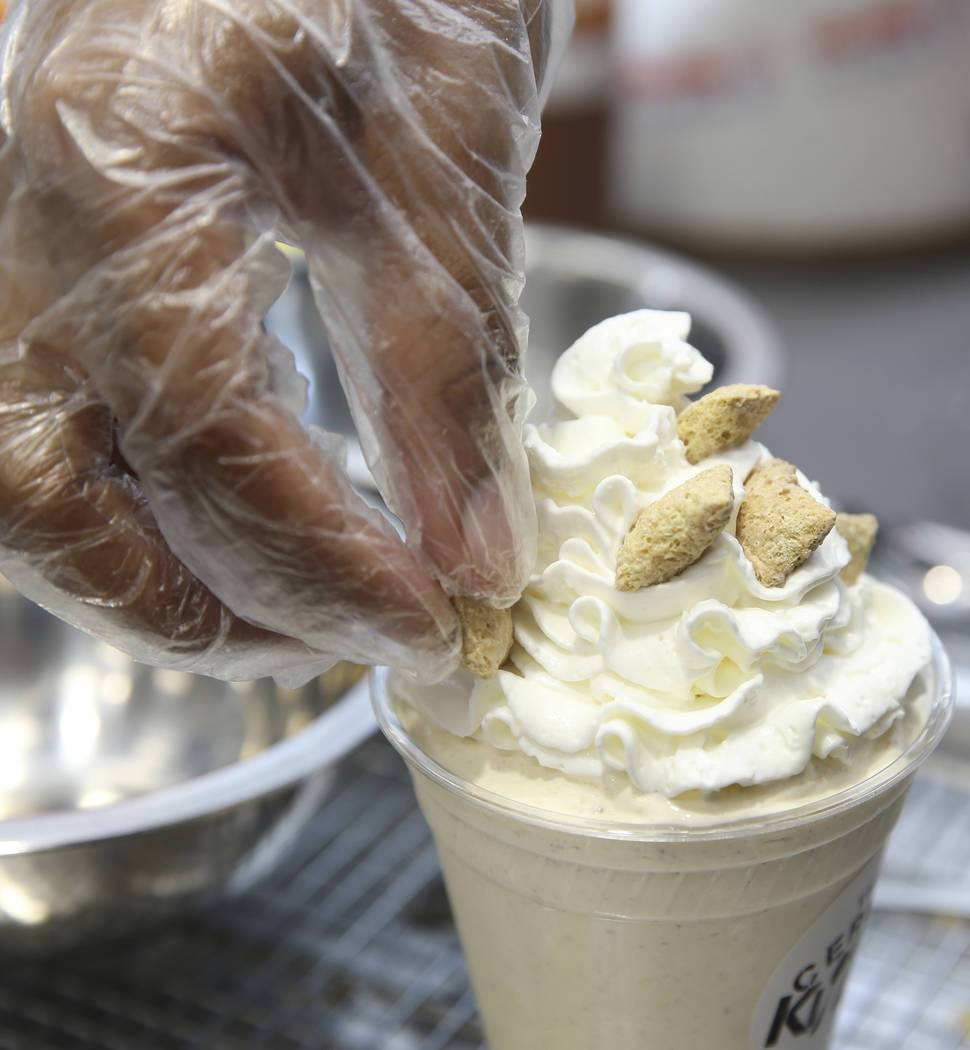 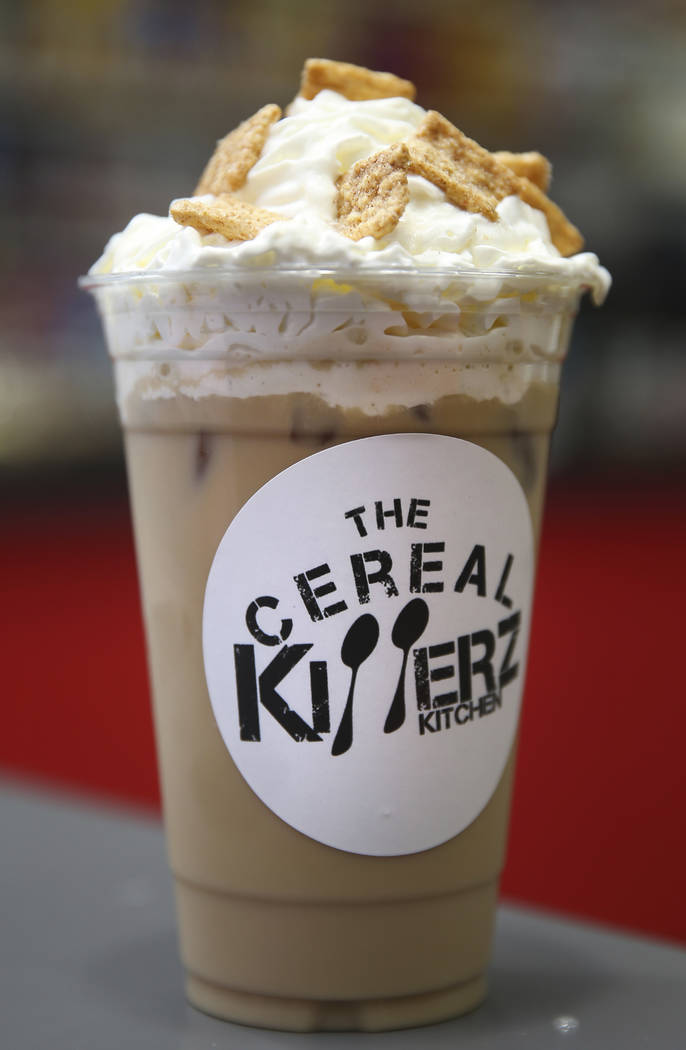 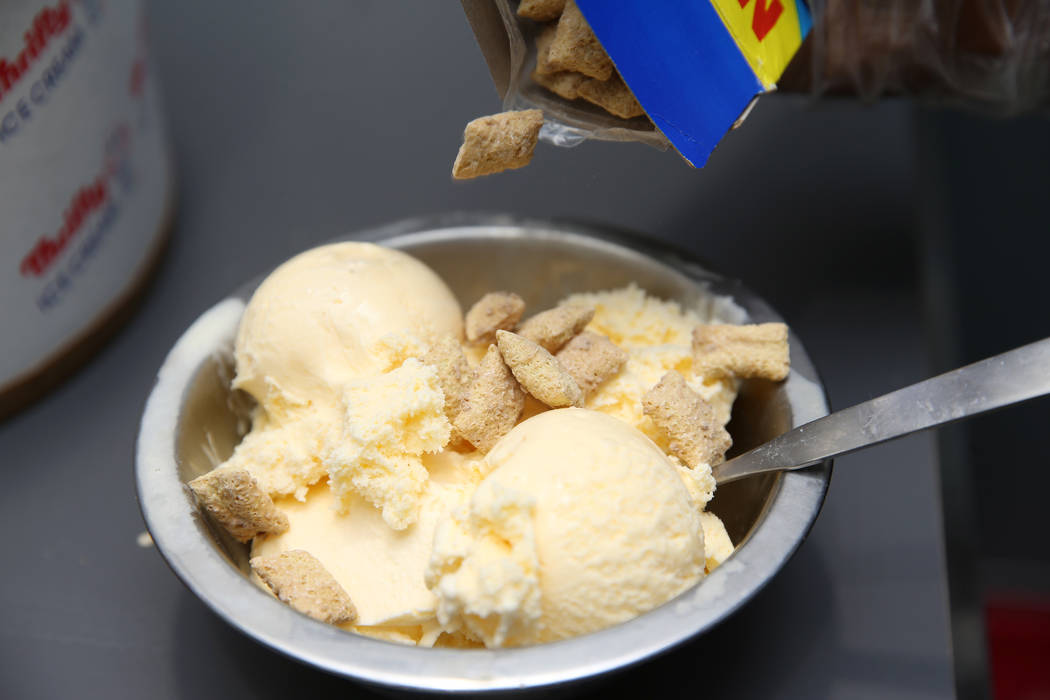 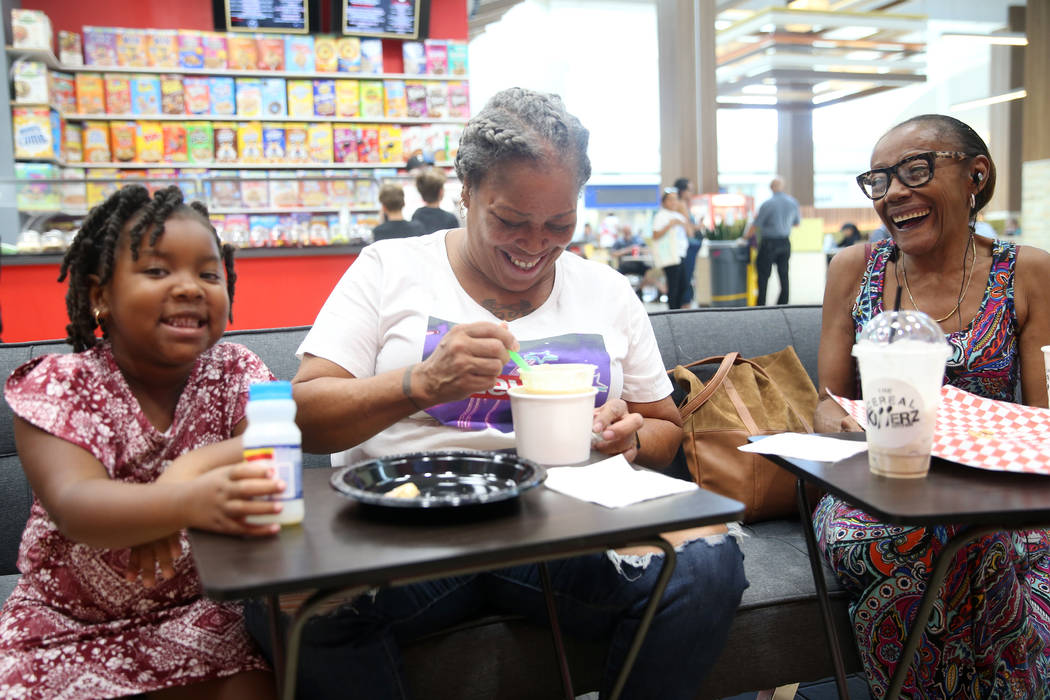 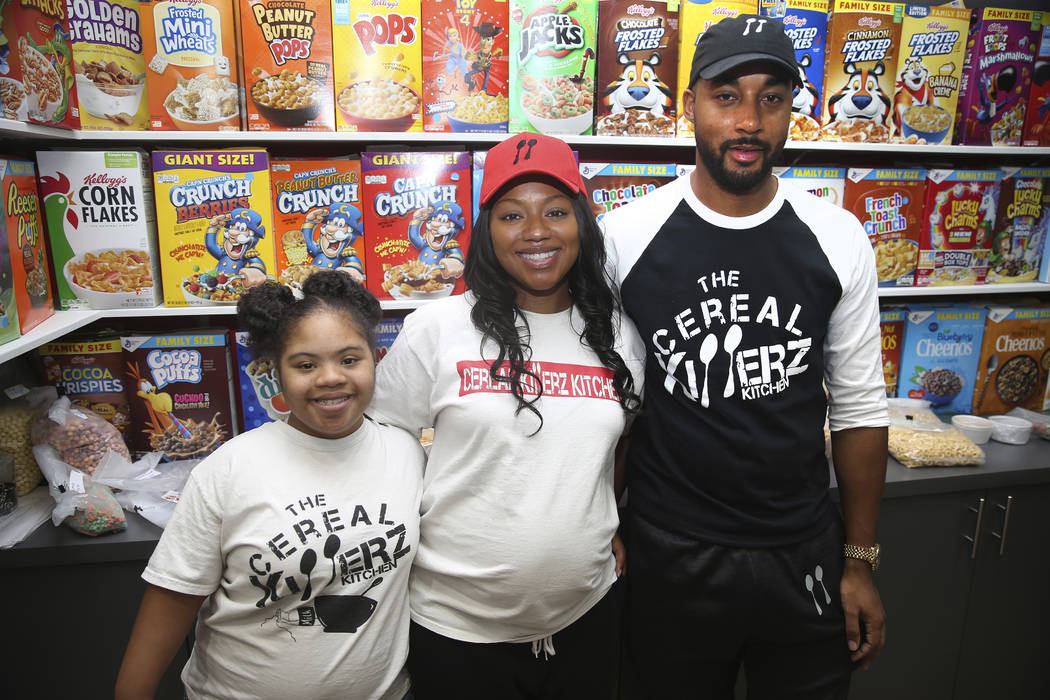 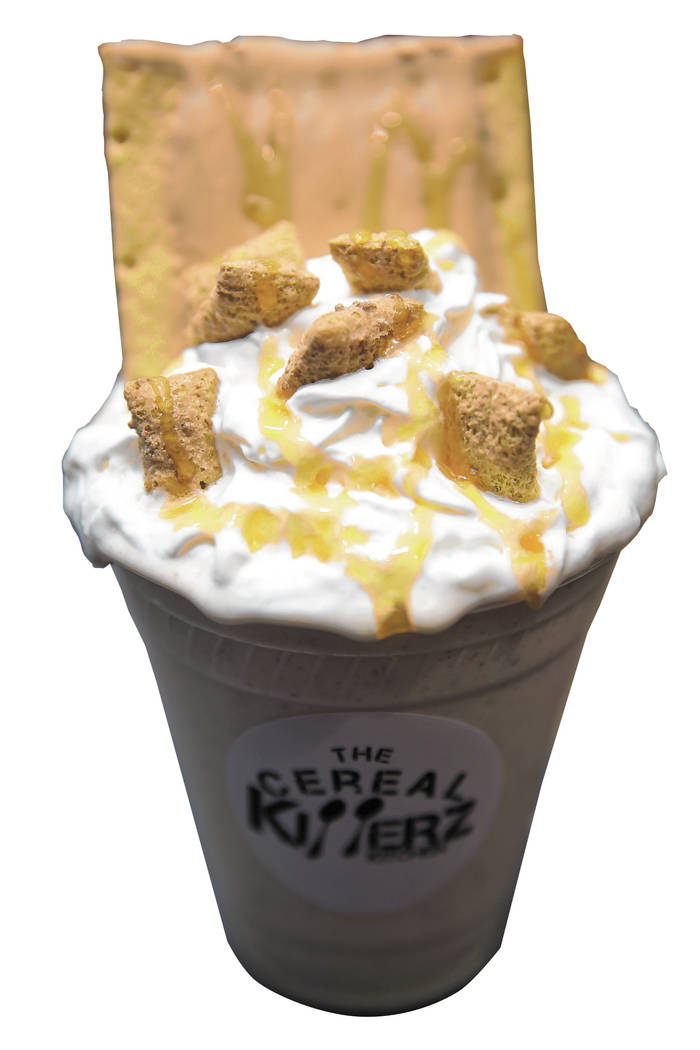 It’s every 8-year-old’s ultimate fantasy right there at the mall, a crazy quilt of colors, phantasm of flavors, symphony of sugars and — yes — maybe a dental disaster: 100 types of cereal you’ve heard of and not, with milk and a couch and cartoons. The Cereal Killerz Kitchen in the food court at the Galleria at Sunset encapsulates Saturday morning, every day and every hour the mall is open.

And it’s not just cereal, with candy, ice cream, waffles and an unimaginable number of combinations of all of them, adding up to an appeal that extends far beyond kids.

“Older people, when they come around that corner and see those boxes, I see their jaws drop,” said Christopher Burns, who with his wife, Jessica, opened the business late last month. “Kids just run in. Usually it’s millennials that you get the jolt reaction out of. It’s colorful, it’s bright, it’s very welcoming. The reactions have been crazy. You’d think it was one group of people, but everyone has a connection to it and they come to a dead stop.”

Burns has loved cereal ever since he was a kid and begged his mom to let him mix Frosted Flakes and Cinnamon Toast Crunch. He’s a more indulgent parent; he and his daughter Amari, 13, could eat cereal for breakfast, lunch and dinner.

“My wife loves to cook,” Burns said. “She would get upset when she would say, ‘What do you want for dinner?’ and we’d say, ‘Cereal!’ ”

An employee of the City of Las Vegas since he was 20, the 32-year-old Burns has a day job as a parking facilities manager. Thinking of opening a business, he started doing some research.

“I found people were making businesses out of cereal bars,” he said. “I wanted to take bits and pieces from other cereal bars and make it our own. Most had only the popular cereals. We knew we should go big or go home.”

And go big they did; besides the 100 cereals, they offer 20 toppings and 10 milks. Some of the cereals are obscure, like Caticorn, with its edible glitter.

Burns said only about 25 percent of customers buy bowls of cereal. The others indulge in concoctions such as a Killer Milk Shake, which is vanilla, chocolate or strawberry ice cream with toppings and mix-ins that may include candies, doughnuts and Pop Tarts besides cereal.

“You pretty much use your imagination,” he said. “We allow you to do the things your parents would never let you do.”

The Cereal Killerz Kitchen also offers waffles with any chosen cereal baked into them and the Cinnamon Toast Waffle Crunch, which is a cinnamon roll toasted in a waffle iron, topped with icing and Cinnamon Toast Crunch — and ice cream, if you’d like. The waffles run $5 to $6, shakes start at $7 and bowls of cereal run $5 to $7, depending on size and how many you mix. There also are coffee drinks, toasts and even oatmeal. They open earlier than the mall, at 8 a.m.

Burns said the whole thing’s a lot of fun and most of all, he’s enjoying those customer reactions.

“We’ve created happiness for these people,” he said, “one bowl at a time.”