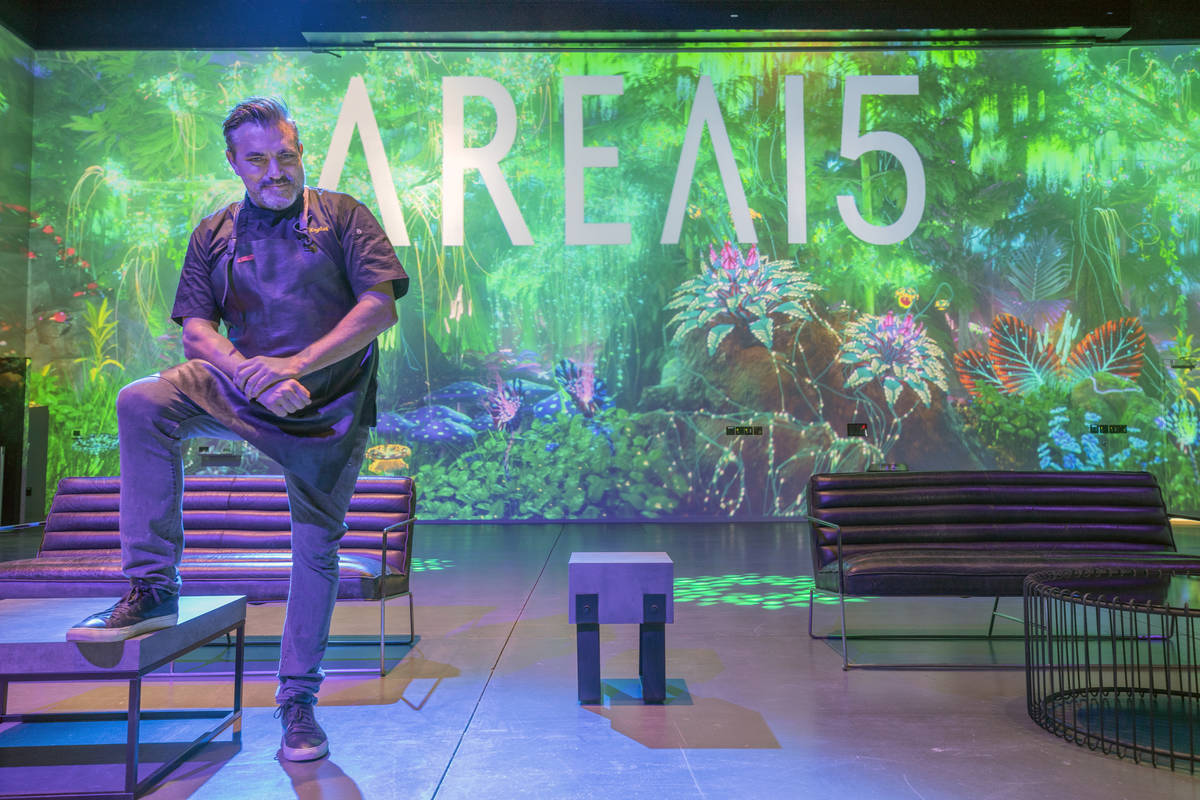 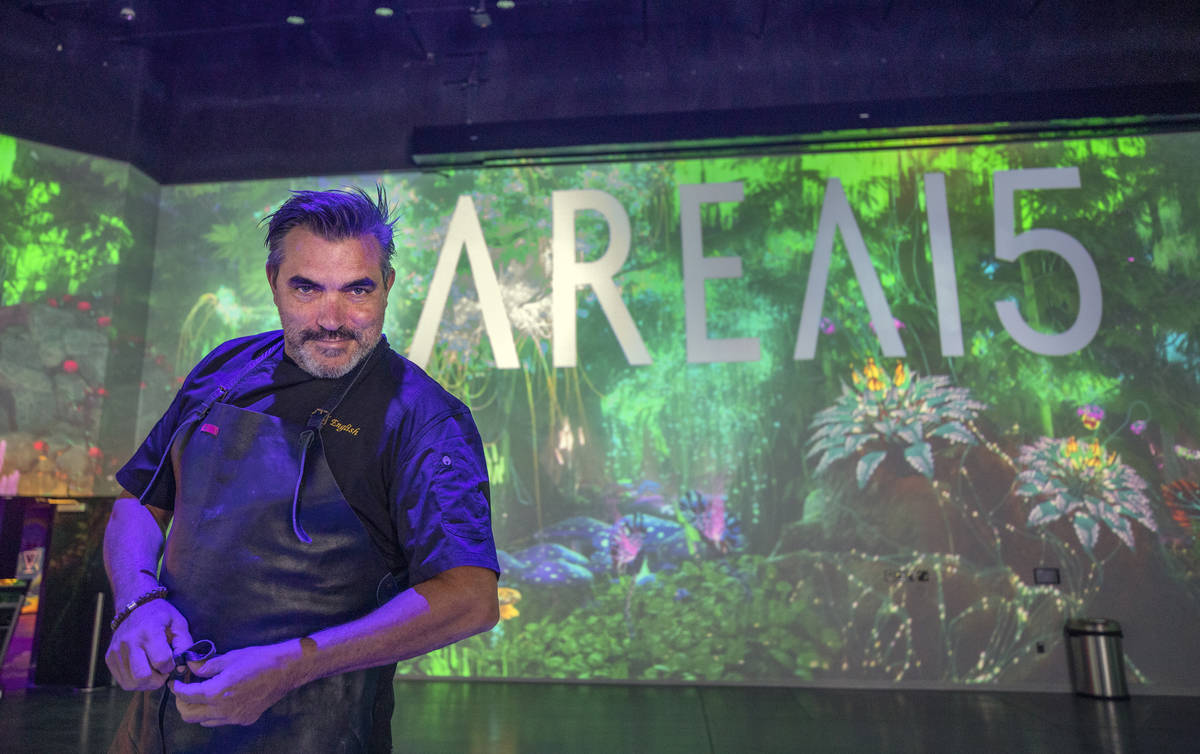 The team behind Area15 hadn’t planned to open any dining options until the next phase debuts closer to the end of the year. But life has a way of changing plans, and when the experiential retail and entertainment complex opens its passage-to-unreality on Thursday, it’ll be with food by multiple James Beard Award winner Todd English.

A scaled-down pop-up version of English’s The Beast will open in otherwise unused (for now) event space to comply with anti-COVID-19 guidelines requiring that food be served with alcoholic beverages.

English’s food will be served in Oddwood, the center bar from Ryan Doherty of Corner Bar Management Group; The Portal, a multi-use room with 360-degree, 3D-projection-mapped walls; and Sanctuary, a space that reflects its name with a zenlike opportunity to escape the complex’s frenetic energy. The Beast pop-up itself will be outdoors in the A-Lot, an art-bedecked future event space.

The menu will reflect its transient nature. While English said the real deal, which will be fronted by an 80-foot-wide sculpture of the front of a car, will serve 40 to 50 food items from nine stations, the pop-up will break the ice with 15 to 20 dishes. What they’ll have in common: “Fun, playful, common food in uncommon ways,” he said. While it will somewhat reflect the Mediterranean flavors he’s known for, he said the food will be generally American.

A sneak peek at the menu reveals such dishes as tuna tartar wonton tacos with avocado crema and wasabi aioli, $14; heirloom cherry tomatoes with burrata and basil, $12; and Todd’s Hot Chicken with buttermilk ranch slaw, $14.

English said he got involved with the Area15 project three years ago and described it as “Mad Max meets Burning Man meets car culture.” A widely respected chef whose former Las Vegas restaurants have included Olives at Bellagio and Todd English P.U.B. at The Shops at Crystals and the upcoming Olives at Virgin Hotels Las Vegas, he’s known for revolutionizing the food hall at the Plaza in New York a decade ago.

“I took that concept and came up with the idea of taking it to the extreme,” he said of the Area15 project.

But he now eschews the label, at least as it’ll apply to the future The Beast.

“I’m kind of over the term ‘food hall,’ ” English said, adding that it’s not intended to be Food Court 2.0.

“This is very much about the experience, watching it being created,” he said. “We’re taking a culinary artistic approach, with lots of fun.”

At the other end of the complex, a shop from Boston-based Emack & Bolios is scheduled to open soon, serving ice cream and yogurt, house-made fudge, micro-brewed sodas and vegan choices.

It’ll be followed by, besides The Beast, the Lost Spirits Distillery, which promises an “immersive whiskey distillery,” and Meow Wolf’s Omega Mart, a fantastical futuristic take on the supermarket. And Fisher said more eateries are to come, including a sit-down restaurant, for which they’re just looking for the right operator.

“We’re trying to have a lot of dining options,” he said. “We curate this place. I tell people, ‘I won’t put somebody next to you that cheapens your brand.’ ”