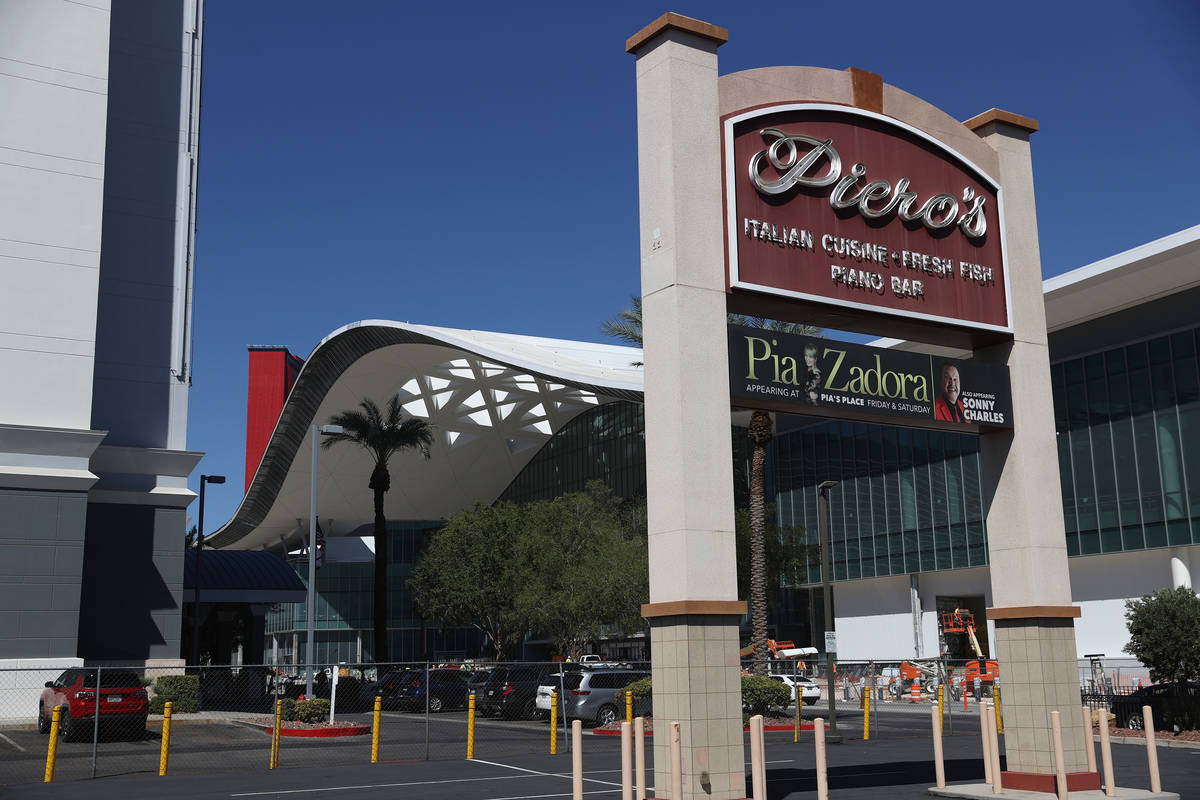 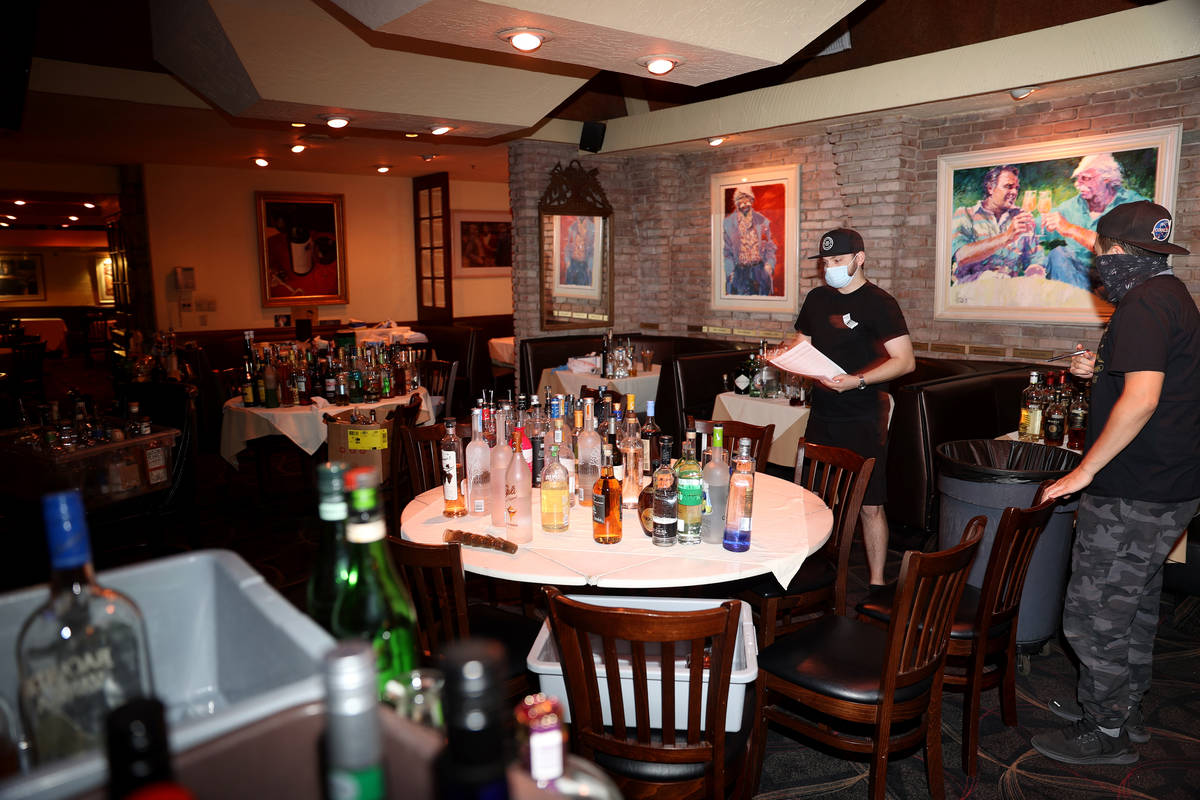 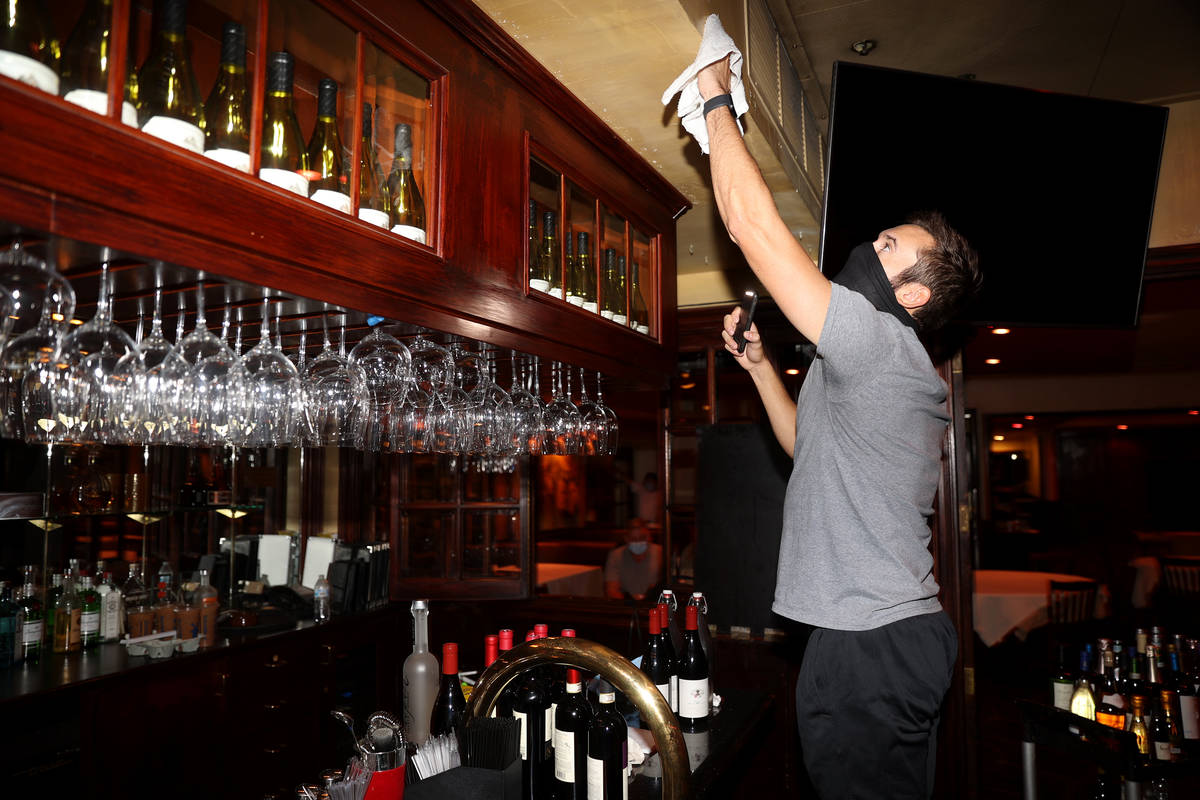 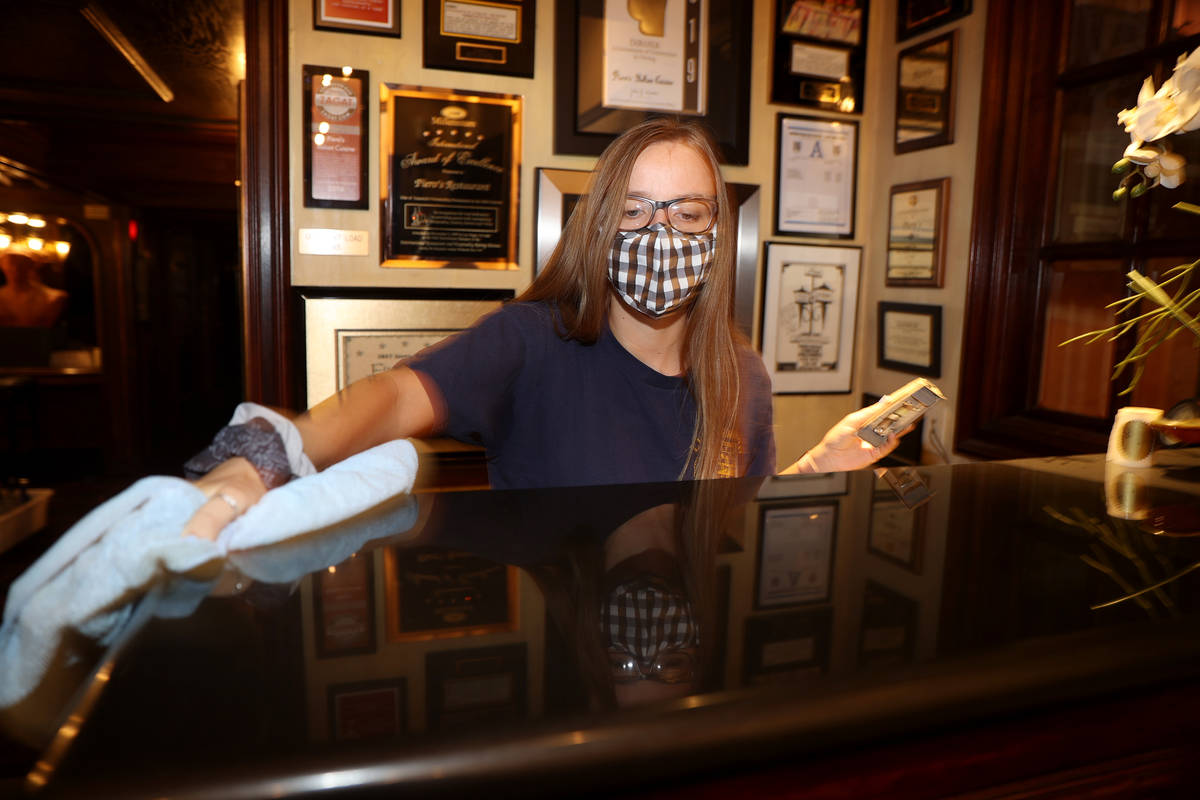 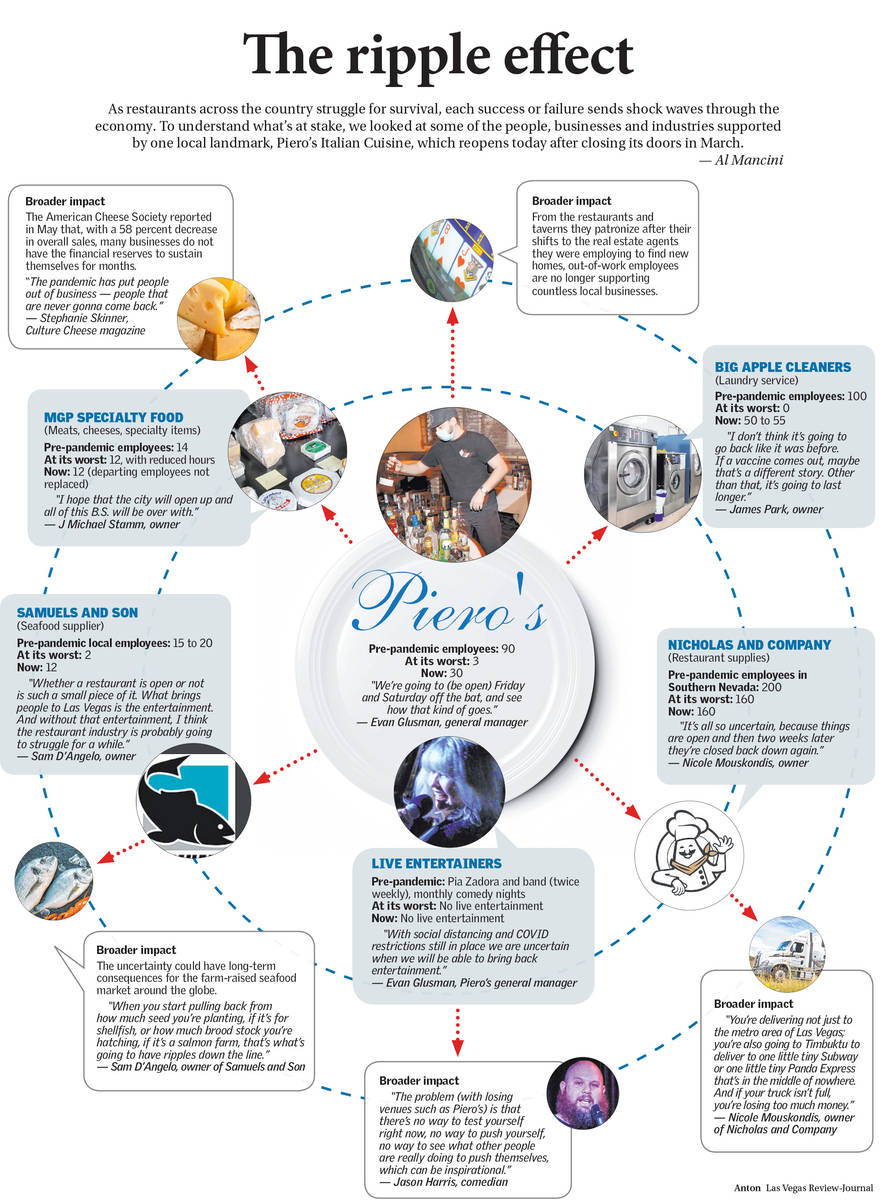 After closing its doors in March, Piero’s Italian Cuisine will begin serving customers again today, with limited hours and a limited menu. General manager Evan Glusman, whose family founded the restaurant in 1982, is excited to begin seating customers again.

“This restaurant started when I was 4 years old, and I’ve worked in this restaurant since I was a teenager,” Glusman says. “It’s my identity. I’ve done it my entire life.”

Glusman is glad he can rehire 30 of the restaurant’s 90 employees, and he knows they’re grateful to be back to work.

“The first meeting, when I brought everybody back, there were a few guys who cried, and were just so thankful and appreciative,” Glusman says. “There were a couple of people who were like, ‘You don’t know how hard it’s been.’ ”

Those grateful employees, and their former coworkers who aren’t returning to work yet, represent just a fraction of those affected by restaurant shutdowns and reduced capacity.

The National Restaurant Association estimates that more than 8 million restaurant employees were furloughed or laid off between March and August. 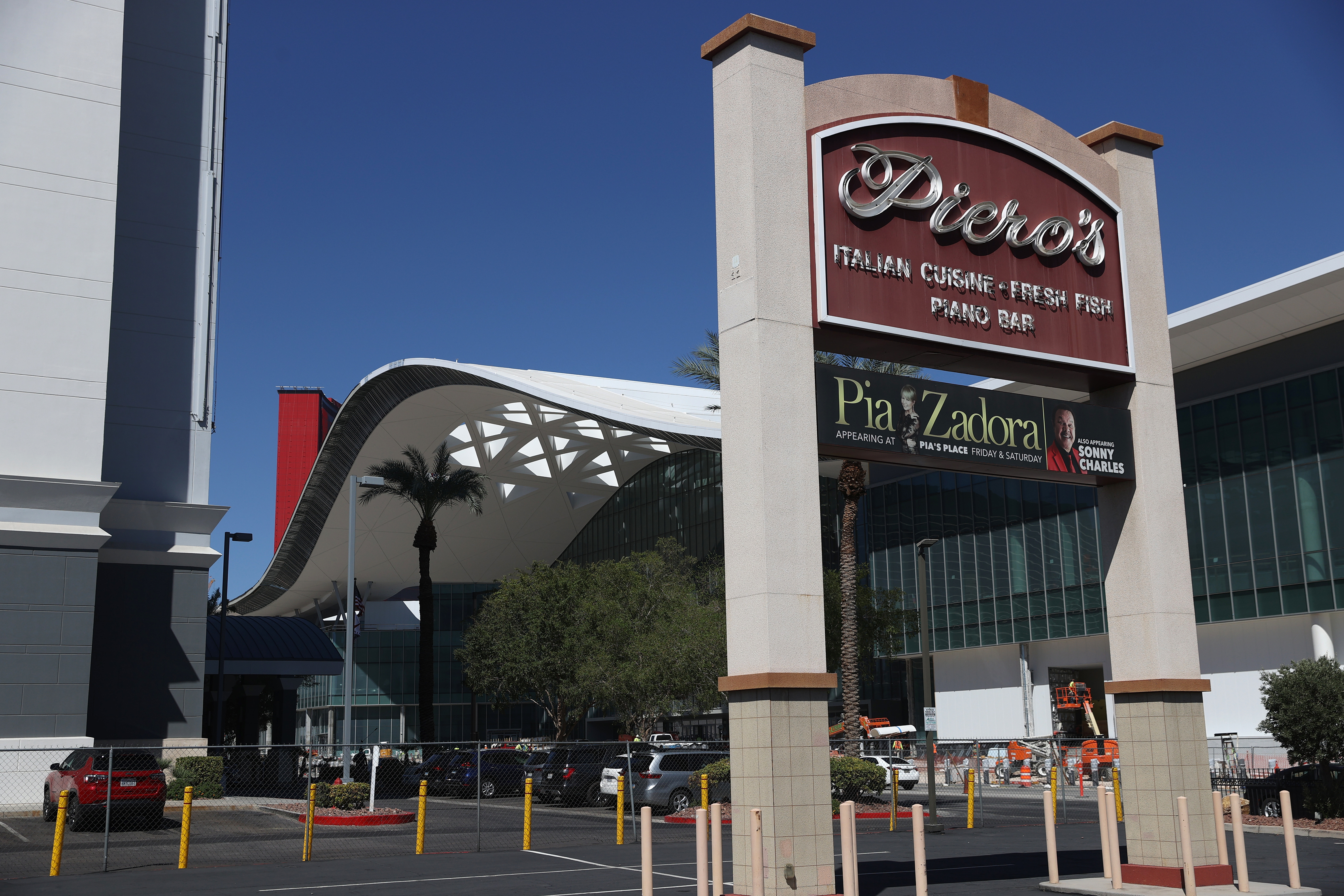 While each story is unique, the pain, anxiety and uncertainty felt by the Piero’s team is being repeated millions of times across the country. And the impact is more widespread than you might think.

Manager/captain Bill Hutton is among those returning to work at Piero’s. Like millions of people across the country, he had to put some plans on hold when the pandemic struck.

“I’ve had to put off buying a house for the last seven months,” explains Hutton, who was informed by his real estate agent in March that he wouldn’t qualify for a loan during the restaurant’s closure.

“He basically told me, ‘The loan officers are not going to give you a loan if you don’t have a current paycheck.’ ”

Hutton’s ability to qualify for a mortgage is just one way in which a single restaurant being open or closed can reverberate through the local economy. Another example includes the staff’s traditional after-work visits to favorite gaming bars.

“We’d go to our local bar and gamble a little bit, throw a little money in the machine and take care of our bartenders,” Hutton says of the group visits, which ended when Piero’s closed.

UNLV professor and gaming historian David Schwartz says these are just a few examples of how the economic impacts of restaurant closures ripple through the local economy.

It may be impossible to estimate how many others were affected by restaurant job losses. To get some idea just how far those effects could extend, we asked Glusman to connect us to a few of the local companies with which the restaurant does business.

Piero’s relies on a variety of suppliers to keep its kitchen stocked. Several who were contacted said that while they’re all handling this crisis differently, each has been forced to take drastic measures to adjust to decreased demand.

Only one reported zero layoffs this year: MGP Specialty Foods, which supplies gourmet meats, cheeses and specialty items to restaurants on and off the Strip. It wasn’t easy, however. Along with reducing hours and shifting employees to their retail store, Cured & Whey, owners Cathy and J Michael Stamm had to dig into their personal finances to augment the limited PPP and EDIL loans they were able to secure.

“I took some money out of my 401(k) to make sure that we can continue,” J Michael says.

Two other suppliers had no option but to reduce workforce. Samuels and Son Seafood, which regularly supplied Piero’s chef Chris Conlon with swordfish, tuna, halibut, Chilean sea bass, scallops, squid, branzino, clams and more, cut its local team from 15 to 20 workers in January and February to just two in May and June. Nicholas and Company, a third-generation, family-owned restaurant supply business, which has been operating in Las Vegas since 2016, was forced to lay off about 40 of the 200 workers at its North Las Vegas Distribution Center.

“COVID was the very first companywide layoff that we’ve ever had to do in the history of our organization,” says owner Nicole Mouskondis, who relocated to Las Vegas with her husband when the distribution center opened. “So it was super-painful.”

And while things are bouncing back slowly, neither company has returned to full strength.

“In mid-May, we started bringing people back,” says Samuels & Son’s Geoffrey Kramer, who estimated they were back to about half staff by September. Since then, he says, “it’s been trickling upward, very slowly.”

Like most restaurants, Piero’s contributes more to the local economy than simply purchasing food and supplies. It also contracts for services, from large-scale companies such as its laundry service, to the performers who entertain in its showroom. Both have felt the impact of Piero’s temporary shutdown and the closure of other restaurants.

Big Apple Cleaners, in business in Las Vegas for over 20 years, once employed nearly 100 people to clean the linens for restaurants throughout the valley. When business dropped by over 95 percent in March, owner James Park was forced to shut down completely for almost a month. Even today, Park says business remains down 55 percent, and his ability to rehire staff has been limited. 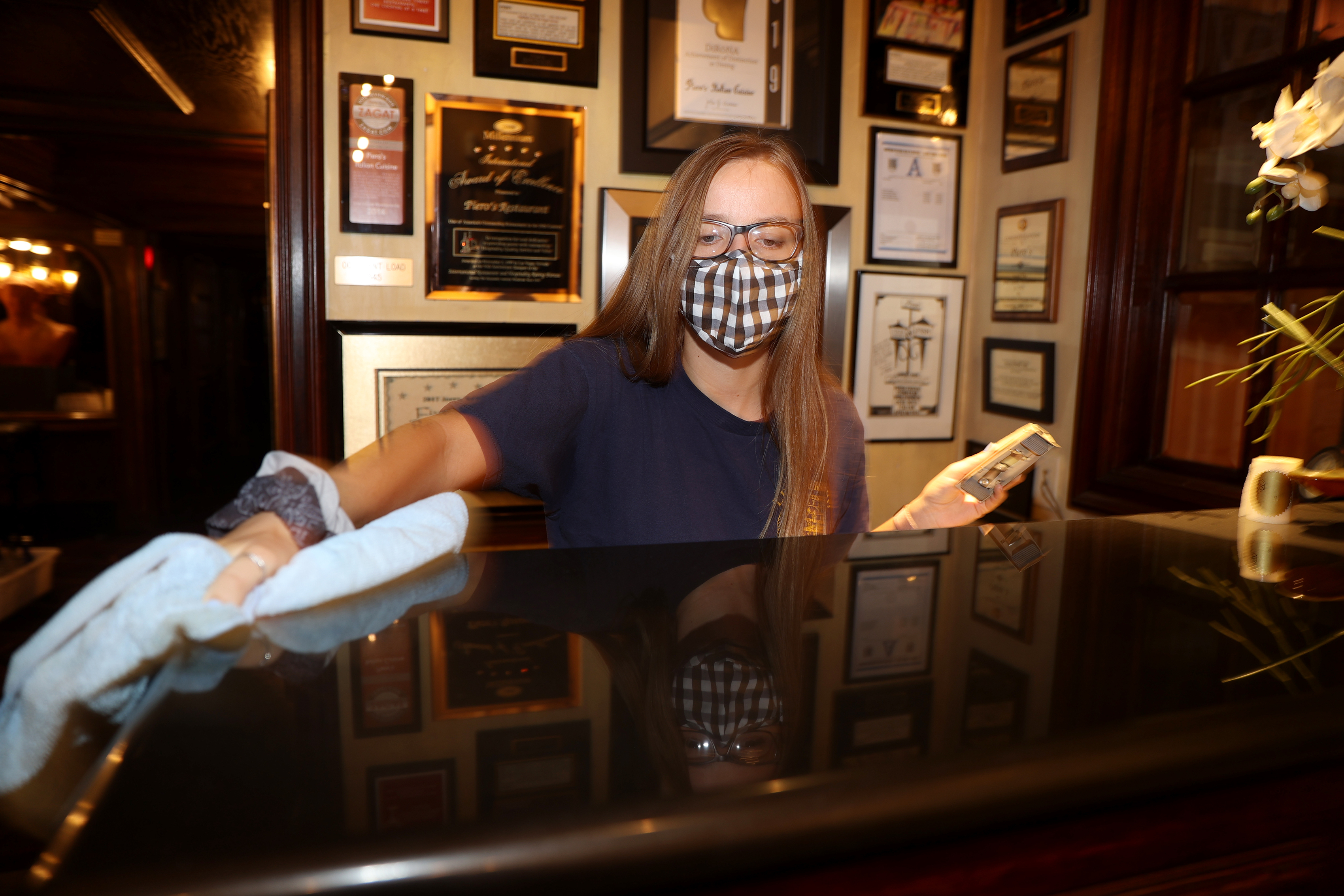 Over the years, Piero’s has also helped support the entertainment community. Along with two weekly performances by Pia Zadora and her band, the restaurant began hosting monthly comedy nights shortly before COVID-19 struck. Las Vegas-based comedian Jason Harris, who organized the latter, says “nontraditional venues” like restaurants were more than just a way for comics to “supplement their income.” Without them, performers are left without that money, or a forum for developing new material.

“The problem is that there’s no way to test yourself right now, no way to push yourself, no way to see what other people are really doing to push themselves, which can be inspirational,” Harris says.

The future effects of such lost opportunities are impossible to calculate. And similar long-term ripples are spreading though many of the industries that Piero’s and other local restaurants support.

Stephanie Skinner, founder of Culture Cheese magazine, says some small cheese producers, confronted with sales drop-offs of 80 percent or more, have begun selling, or even giving away their cows. “The animals have to be milked,” Skinner says. “You don’t get to say to the cow, ‘I’m sorry, but today we don’t need your milk.’ ”

Similarly, D’Angelos worries what will happen to supplies as commercial fish farms reduce the shellfish seed they plant or the fish broodstock they hatch. And Mouskondis says that when she can’t fill her trucks with deliveries for Las Vegas restaurants, it makes it financially challenging to supply small chain restaurants in rural areas.

Clearly every closed restaurant, and every lost shift, causes countless ripples that spread throughout the community in ways we may never have considered. As result, many businesses you’ve probably never heard of have a lot riding on how quickly customers return to Piero’s and other local restaurants. 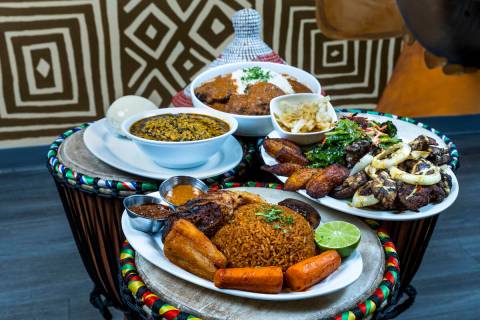