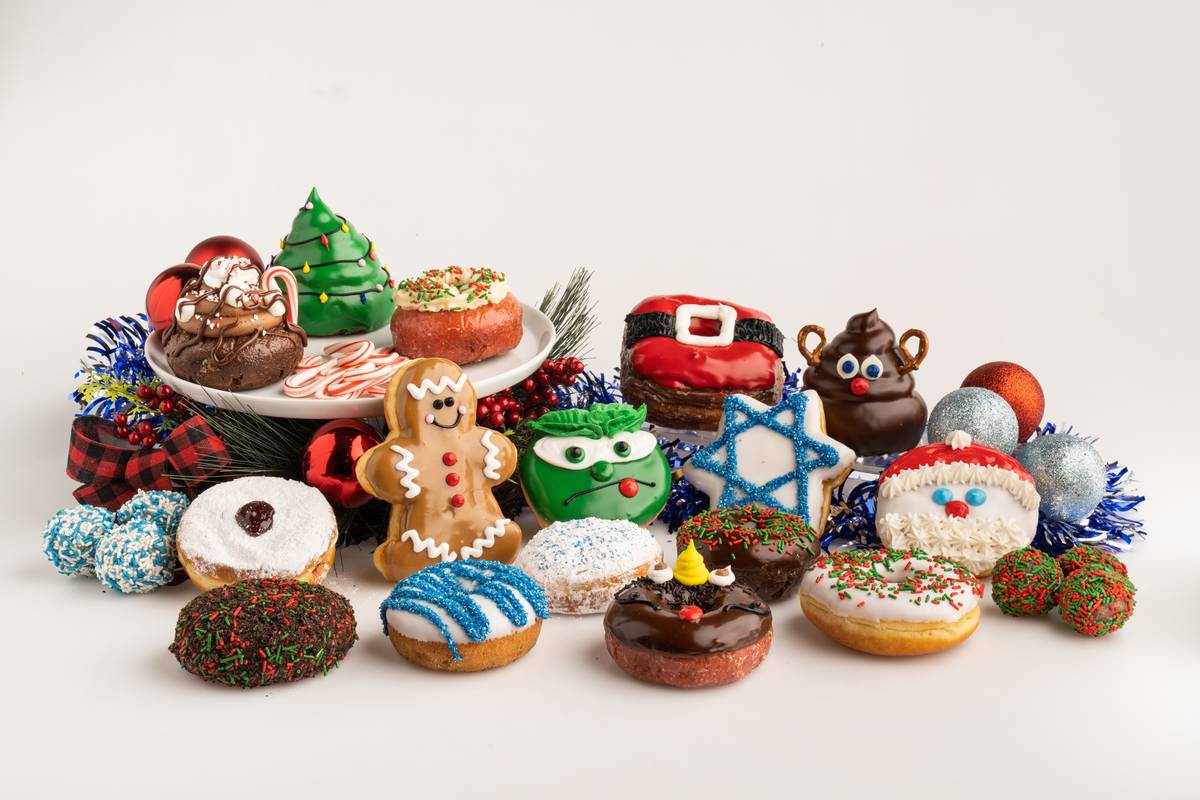 Miracle on Spring Mountain in the Sand Dollar Lounge at 3355 Spring Mountain Road will celebrate the beginning of Hanukkah with Vodka and Latkes from 7 to 10 p.m. Thursday with free latkes, while supplies last.

Pinkbox Doughnuts, which has three locations in Southern Nevada, is offering doughnuts inspired by Hanukkah and Christmas through Dec. 28. They include the Star of David, $3.25; Stuffed Grinch filled with chocolate whip, $3.25; Santa Belt DoughCro, $3.25; and Hot Cocoa, $3. Vegan varieties also available. pinkboxdoughnuts.com

Lotus on Flamingo to reopen

Lotus of Siam’s location at 620 E. Flamingo Road will reopen at 5:30 p.m. Friday, which is that location’s third anniversary. Lotus is offering three new prix fixe menus at the Flamingo location and the original at 953 E. Sahara Ave. — one of the family’s favorites, one of the restaurant’s signature dishes and one offering a typical northern Thai meal. They and the complete menu are available for dine-in or takeout, which can be ordered through the restaurant’s app. 702-735-3033 or lotusofsiamlv.com