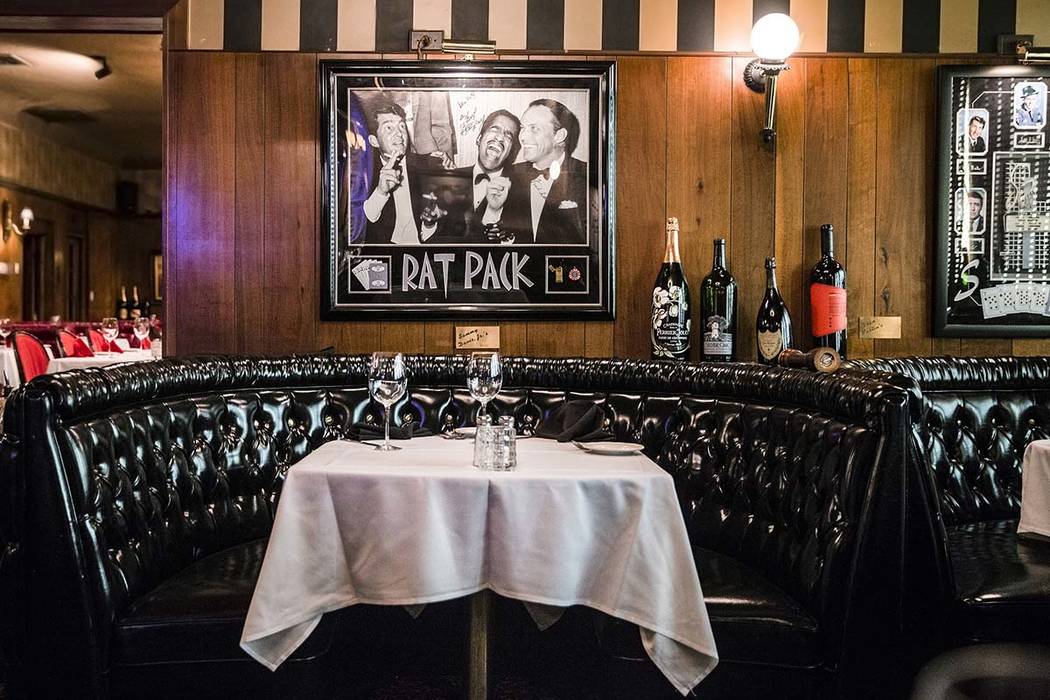 The "Rat Pack" booth is one of the most popular seating options at the Golden Steer Steakhouse. (Benjamin Hager/Las Vegas Review-Journal) @benjaminhphoto 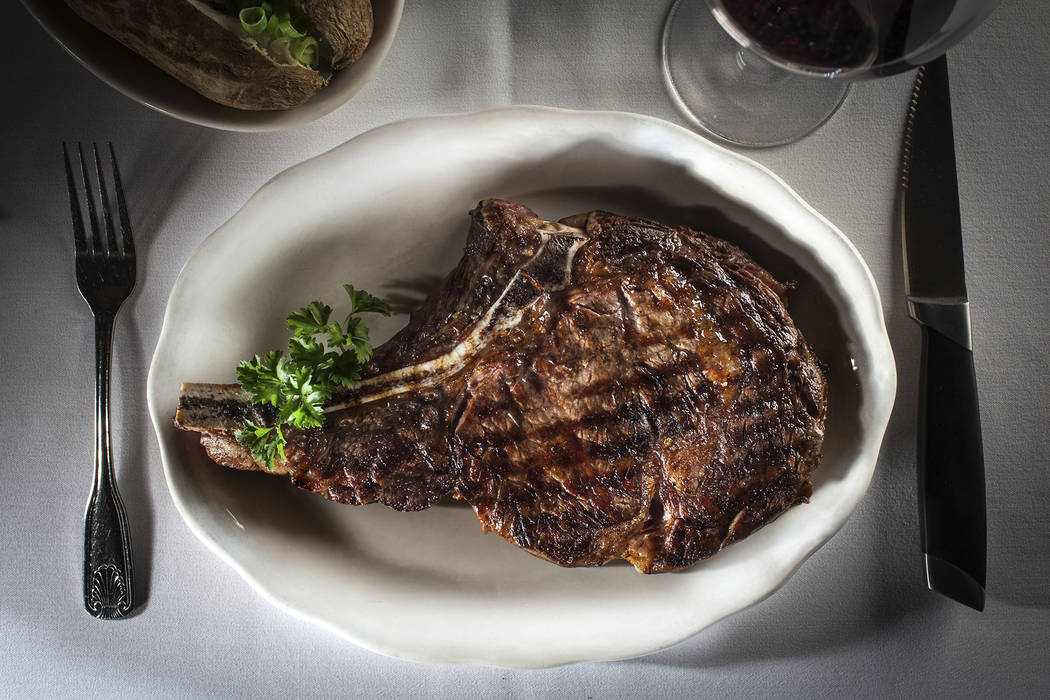 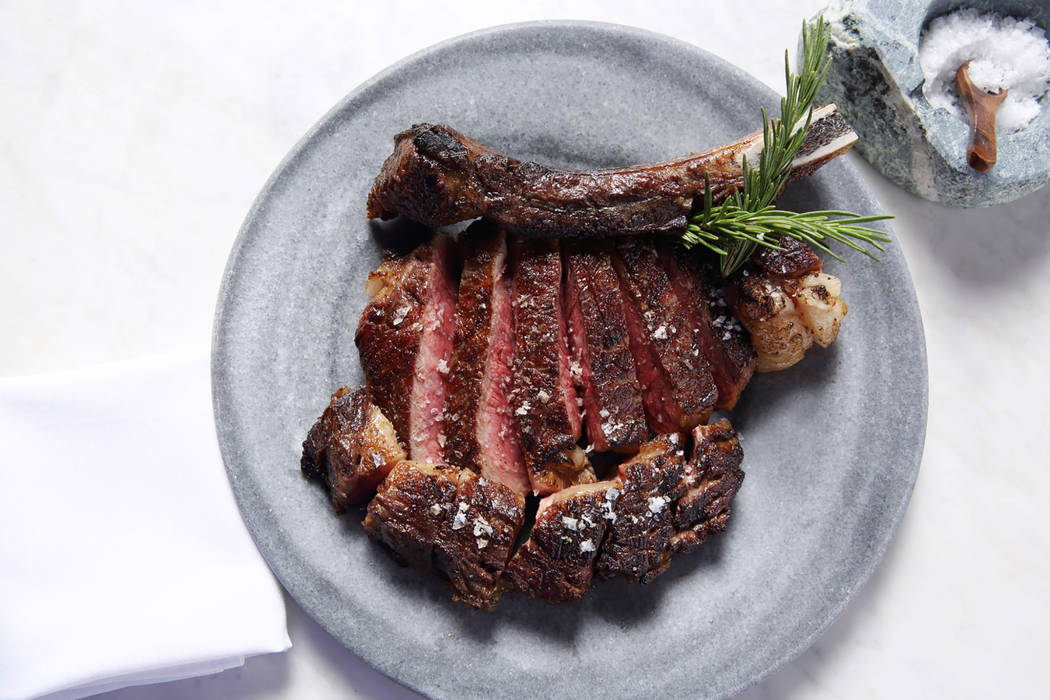 Looking for a place to grab a good steak after a long day at CES? Las Vegas has you covered, with a slab of beef for every taste. Each of the following offers something a little different, but they should all satisfy a craving for cattle.

Steakhouses can be simple, steak is not. Jose Andres has studied the complexity of meat with the focus of the world’s greatest scientists and butchers. Age versus freshness. Muscle versus fat. How to harness fire. He his staff offer graduate courses on each nightly. If carnivorism were a religion, this would be its Sistine Chapel, conveniently located at the north end of the Strip. That the chef’s fame as an innovator and pioneer in bringing tapas and paella to our shores sometimes overshadows what he’s doing at the Sahara is an injustice that every steak fan should make it their mission to rectify.

Its Westgate location alone makes this a no-brainer if you’re at the Convention Center. But Edge is an undiscovered gem of a restaurant on several levels. The beef is top-notch, with many cuts dry-aged in-house (on display through a window on the promenade that connects the hotel and the LVCC). Moreover, Steve Young has a serious resume that includes time in Joel Robuchon’s local kitchen, and he loves to add some unexpected gourmet touches and international flair to his cuisine. Look for them among his appetizers, sides, pastas and daily specials.

When you want a steak with a side of authentic Rat Pack-era atmosphere, Golden Steer is one of two obvious choices. (The other is a bit more affordable and located inside Circus Circus, but you’re on an expense account and probably don’t want to deal with a hotel filled with kids, right?) Even if you don’t get Sinatra’s favorite booth in this 60-year-old institution, you’ll feel the ghosts of Vegas past in the leather-tufted booths. Toast them with Dean Martin’s favorite martini while you enjoy a hearty slab of beef and classics such as oysters Rockefeller or tableside bananas foster.

The Cosmopolitan of Las Vegas’ steakhouse is the hands-down choice for those who want a beef fix before a night of clubbing at Marquee. Those who aren’t quite up for that but still want a bit of a party vibe can still enjoy the house DJ while you eat, dance in the lounge before or after or just scope out the beautiful people who are doing any of the above. This is unquestionably the best steakhouse in Las Vegas for anyone who wants to mix and mingle. And chef Stephen Hopcraft consistently puts out food that can stand on its own in any atmosphere.

A modern steakhouse seems like an oxymoron; the genre is usually at its best when it indulges our most base and primitive instincts. But Wolfgang Puck has upended the very notion by deconstructing the components of a traditional steak dinner and reassembling them in sleek and sophisticated ways. Whether it’s the bone marrow flan, veal tongue with shelling beans and salsa verde or poached golden fertile egg over parsnip puree with shaved black truffles, Puck somehow manages to create signature dishes that stand up within the traditional framework. 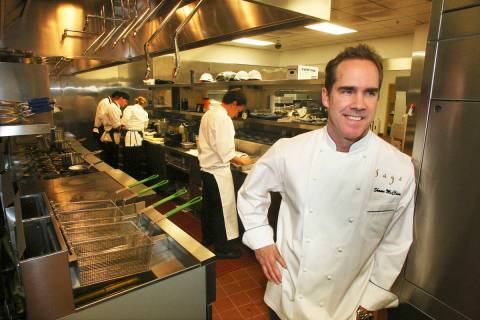 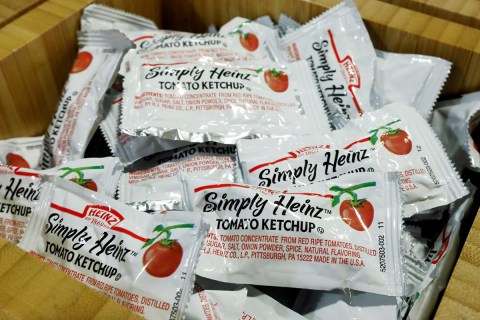 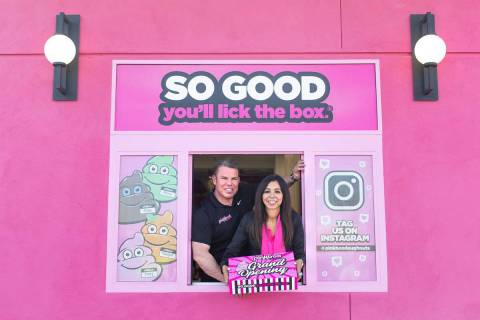 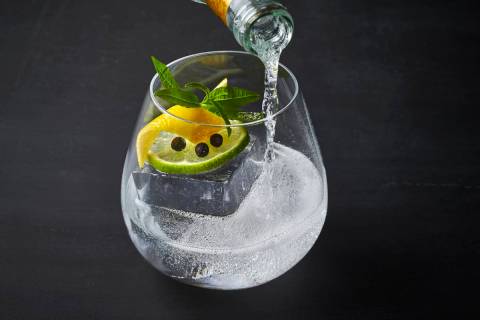 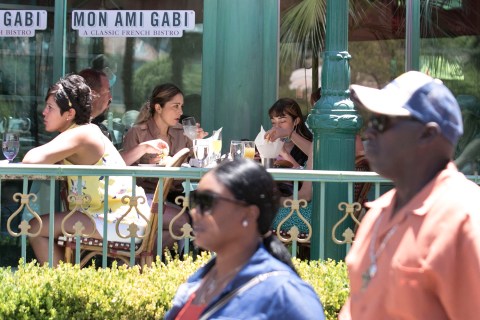 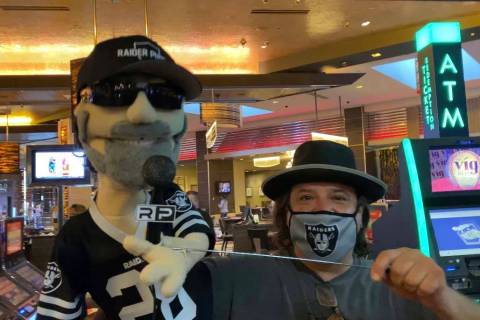 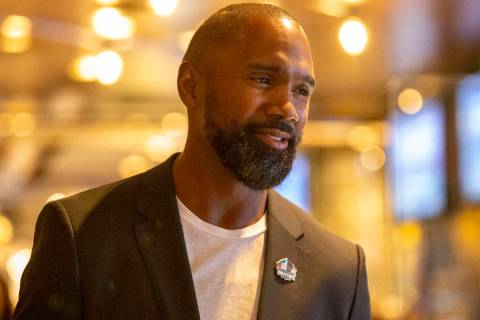 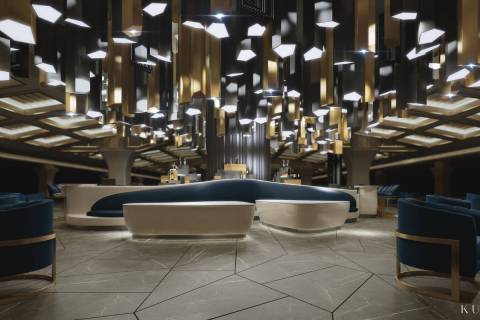 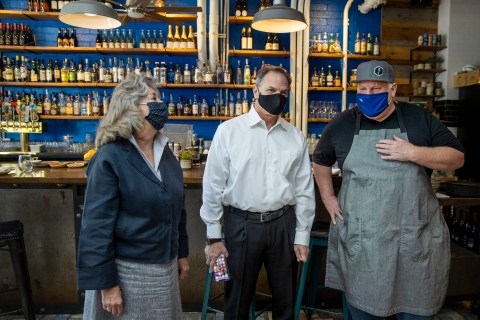