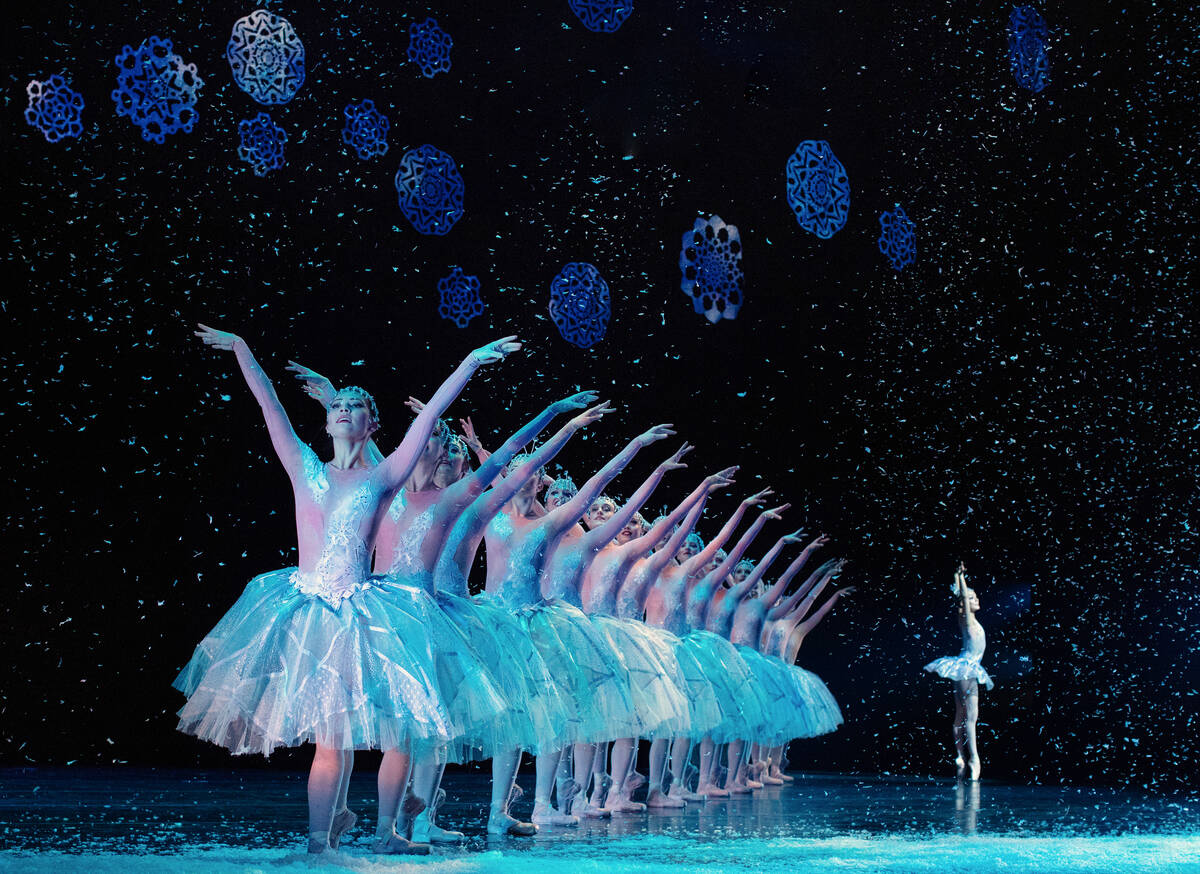 It takes a cast and crew of more than 100, more than 130 costumes and a 34-foot-tall Victorian dollhouse to bring Nevada Ballet Theatre’s holiday tradition to life. The least you could do is go see what all the fuss is about when “The Nutcracker” returns. See it at 7:30 p.m. Friday, 2 and 7:30 p.m. Saturday and 2 p.m. Sunday, with additional performances through Dec. 24, in Reynolds Hall at The Smith Center. Tickets start at $35.95; thesmithcenter.com.

Ramblin’ man Gregg Allman rambles no more, having passed away in 2017. But the songbook of the Southern rock great and Allman Brothers co-founder lives on via the Allman Family Revival Tour, featuring the Devon Allman Project, Duane Betts, Donavon Frankenreiter, Maggie Rose, Larry McCray and others. The Midnight Rider rides on at 8 p.m. Dec. 15 at the Westgate. Tickets start at $29.95; ticketmaster.com.

“Only the Sandman makes people laugh. (Expletive) every other comedian,” so quipped Adam Sandler during his widely circulated acceptance speech for a performer tribute honor at the Gotham Awards last week. He was being a little silly, but then again, being silly is Sandler’s thing. Tell your friend Veronica, it’s time you celebrate Hanukkah with Sandler at 8 p.m. Friday and Saturday at The Chelsea at The Cosmopolitan of Las Vegas. Resale tickets are available at ticketmaster.com.

Tony Abou-Ganim, the famed mixologist and cocktail expert, is leading a seasonal cocktail class from 6:30 to 8:30 p.m. Wednesday at Libertine Social in Mandalay Bay. Guests will learn the art and science behind hot buttered rum, eggnog, and a Santa’s Boulevardier cocktail. Tickets are $75; secretburger.com.

Yes, it’s a big deal that Vegas will be hosting the NCAA Men’s Final Four in 2028. But we’re already home to some quality basketball events. On Saturday, there’s The Clash at the MGM Grand Garden, where UNLV takes on Washington State and Arizona challenges Indiana. Also that day is the Jack Jones Hoopfest at Michelob Ultra Arena at Mandalay Bay featuring Creighton vs. BYU, Cal State Fullerton vs. Southern Utah and Utah State vs. Loyola Marymount, with Creighton also battling Arizona State on Monday. The Clash tips off at 1:30 p.m. Saturday. Tickets start at $49; axs.com. The Hoopfest gets going at 4 p.m. Saturday. Tickets start at $59; axs.com. The action resumes at 6 p.m. Monday. Tickets start at $31.

Take Django Reinhardt, smash his jazz stylings together with Christmas music, and you’ve got “Djangobells — A Gypsy Jazz Holiday Experience.” The Lost Fingers with John Jorgenson, along with Richard Smith, will be performing holiday classics in the gypsy jazz style Reinhardt made famous. See “Djangobells” at 6 p.m. Friday in Henderson’s Water Street Plaza Amphitheater. Tickets are $15, $20 on the day; cityofhenderson.com.

“Mondays Dark” is turning 9 years old and, as always, the presents are going to some of those who need them the most. The variety show boasting some of the area’s best entertainers donates $10,000 to a different local charity every other week. Performers for the anniversary show include Clint Holmes, Daniel Emmett, Lorena Peril and the cast of “Fantasy,” the Bronx Wanderers and many more, including special performances by the casts of “Bat Out of Hell” and “Freestyle Love Supreme.” See it at 8 p.m. Monday in The Pearl at the Palms. Tickets start at $20; mondaysdark.com.

Obviously, country fans like to rock. And so Lynyrd Skynyrd fits this final weekend of the National Finals Rodeo as snugly as that beer koozie on your Coors Light. Yes, after decades, we’ve finally gotten to the point where drunk dudes have stopped yelling for “Free Bird!” at every live show. No, that shouldn’t stop you from calling out for that Southern rock anthem as Skynyrd plays The Theater at Virgin Hotels Las Vegas at 9 p.m. Friday and Saturday. Tickets start at $49.95; virginhotelslv.com.