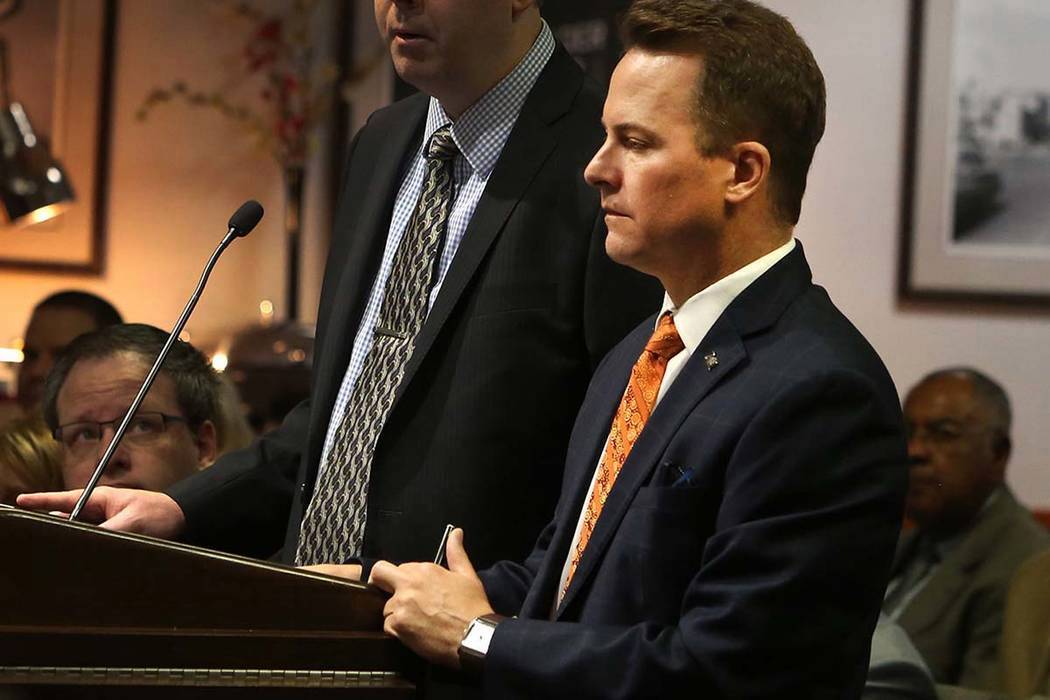 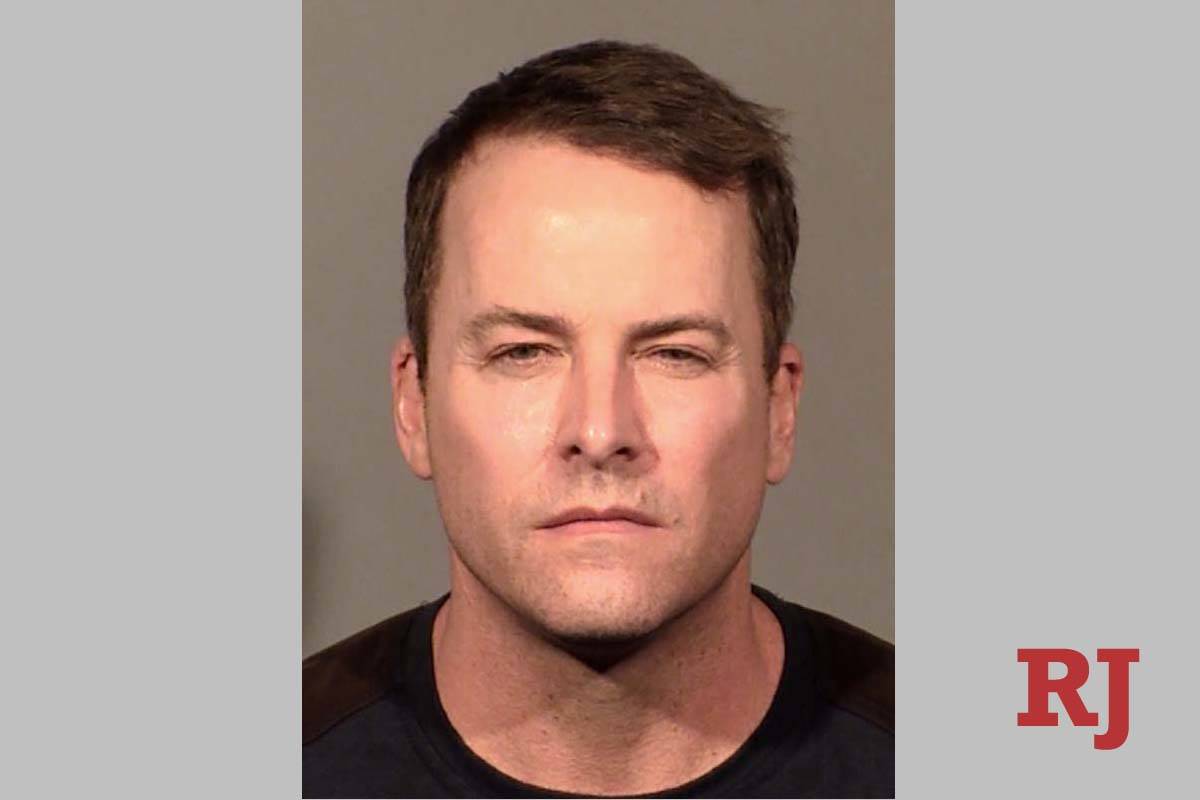 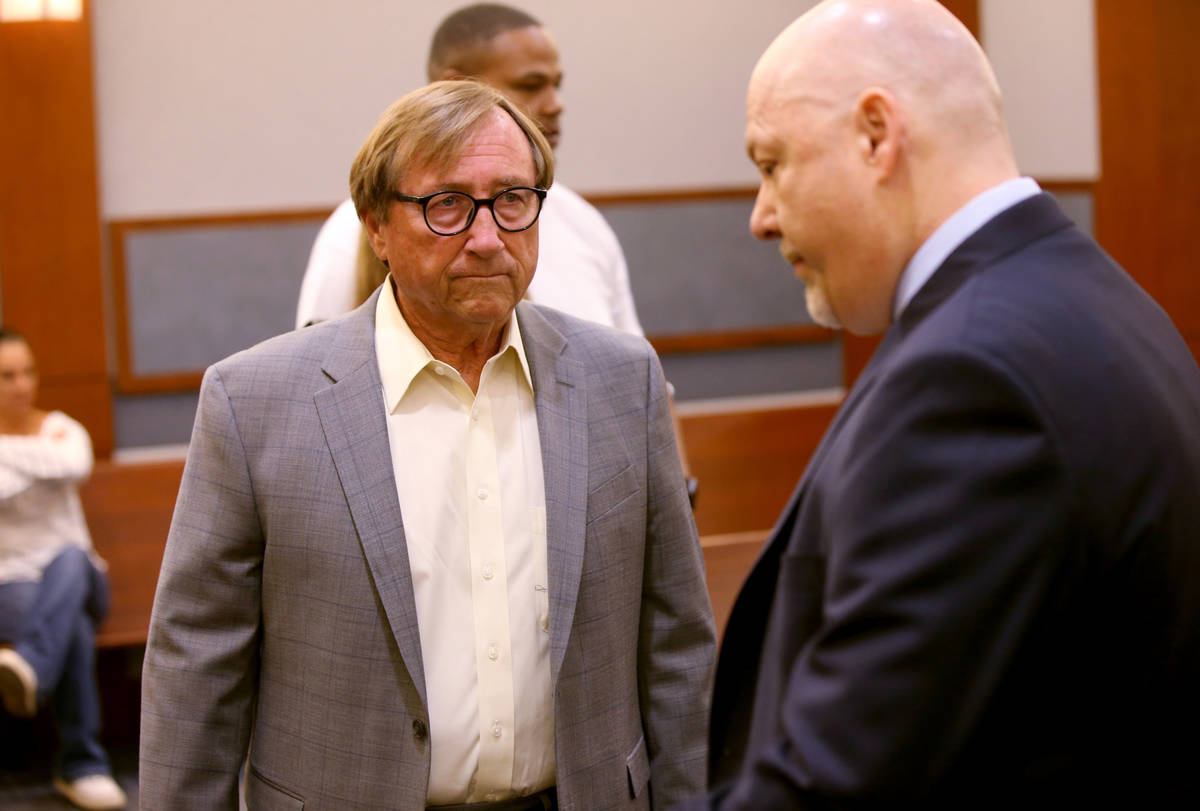 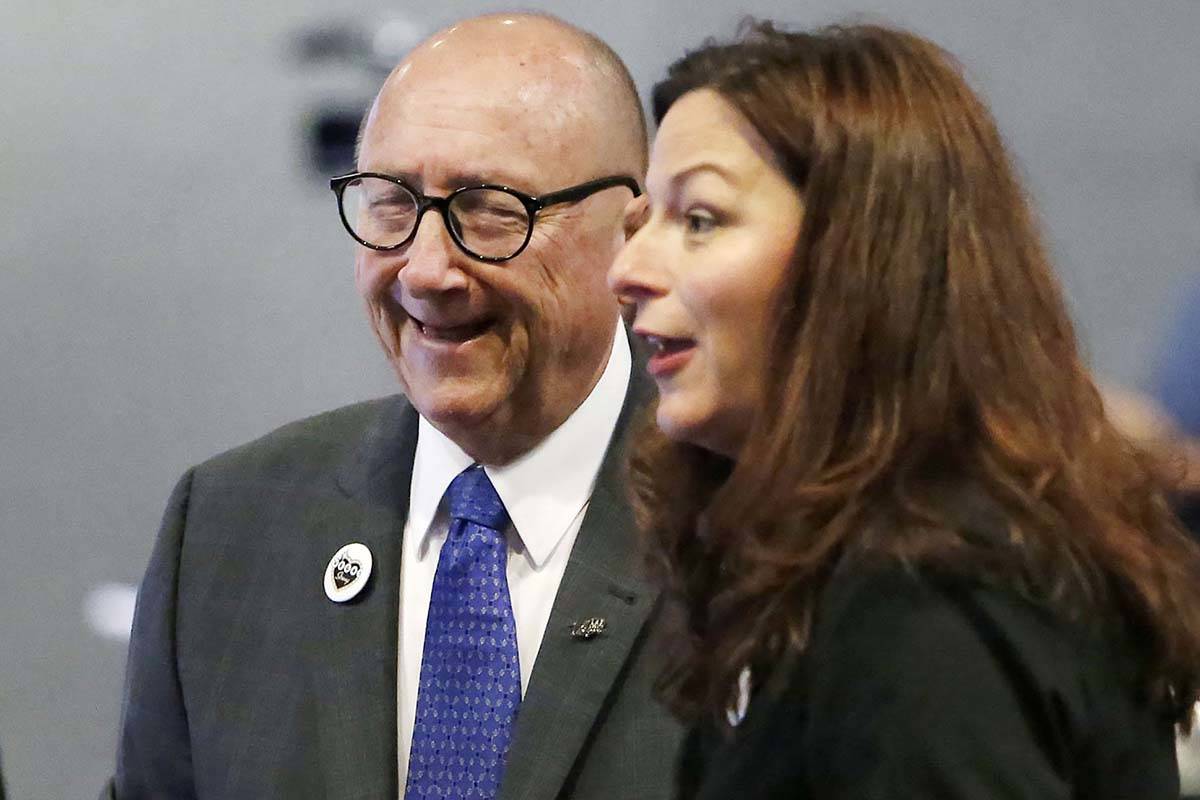 His deal with prosecutors put an end to a public scandal the past three years over the misuse of airline gift cards at the influential Las Vegas Convention and Visitors Authority.

Lawson, 50, the tax-funded agency’s former director of business partnerships, pleaded no contest through his lawyer to a misdemeanor charge of “violation of law by a public officer.”

Las Vegas Justice of the Peace Harmony Letizia accepted the plea, which also included a $500 fine.

Defense lawyer Chris Oram said afterwards that Lawson, who was not in court, believes he was not treated fairly.

“He feels vindicated that the state has resolved this from multiple felonies to a misdemeanor,” Oram said. “He feels he will continue to be a successful person. He’s going to put this behind him.”

A 2018 audit of the tax-funded agency and a Las Vegas police investigation found that Lawson disguised the purchase of $90,000 worth of Southwest Airlines gift cards with the help of Southwest employees. He distributed the cards within the agency, and other top executives, including former CEO Rossi Ralenkotter and chief marketing officer Cathy Tull.

Ralenkotter, 73, and Tull, 53, pleaded no contest to the same misdemeanor charge as Lawson last year. Ralenkotter paid a $1,000 fine and Tull paid $500.

All three had been facing felony theft charges, which could have drawn prison sentences. Ralenkotter and Tull also were charged with misconduct by a public officer. Lawson also faced charges of forgery and unlawful use of public money.

By pleading no contest to the misdemeanors, the trio did not admit guilt, but acknowledged that prosecutors may have enough evidence to convict them at trial.

The felony case against a fourth defendant, former Southwest Airlines marketing executive Eric Woodson, was dismissed at the request of prosecutors.

Woodson was alleged to have helped Lawson hide some of the gift card purchases in promotional invoices.

Neither Tull nor Ralenkotter were arrested or booked into the Clark County Detention Center after they were charged. Both were allowed to remain free and did not have to submit to customary fingerprinting and mug shots.

Police arrested Lawson in March 2019 on the same day they executed search warrants at the convention authority offices. He was later released.

Two former prosecutors who are now defense lawyers questioned whether Ralenkotter’s plea deal harmed the public’s confidence in the justice system. One called it a “sweetheart deal.”

Ralenkotter’s access to large sums of public tourism dollars and his relationships with the major casinos on the Strip made him one of the most powerful public officials in the state for years. Tull was his top executive.

Days before his plea, Ralenkotter agreed to pay $24,406 in ethics fines for violating state laws prohibiting him from using his public position to enrich himself.

The criminal case was tied to Ralenkotter’s use of nearly $17,000 in Southwest gift cards on personal travel and Tull’s personal use of $6,000 in cards.

Both reimbursed the convention authority before they left the agency.

Ralenkotter retired in August 2018 after the scandal broke with a $455,000 financial package approved by the LVCVA board. He was earning roughly $1 million a year in salary and benefits when he stepped down and went on to collect a nearly $300,000 annual state pension.

After Tull resigned last year, she took a job running the Las Vegas office of Cult Collective, a Canadian-based marketing service company that had a professional relationship with the LVCVA.

The criminal investigation was prompted by Review-Journal stories disclosing audit results that showed widespread misuse of the Southwest gift cards. The agency could not account for more than $50,000 worth of the cards, the audit found.

The audit was ordered amid the newspaper’s investigation, which revealed wasteful spending and poor board oversight of the convention authority, which at the time had a $251 million operating budget, mostly from tourist taxes, to lure visitors to Las Vegas.