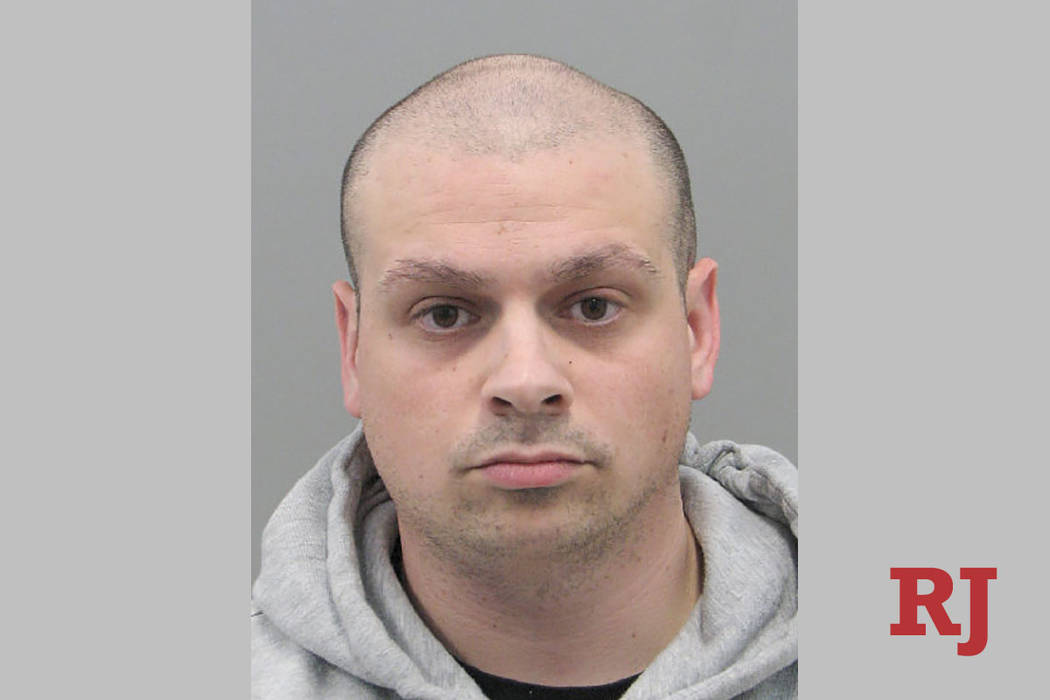 About three weeks after a Henderson police officer was arrested on suspicion of domestic battery, and four days after the Review-Journal published a story about the withholding of public records, the Henderson Police Department released the arrest report.

Tyler Travers, 29, was arrested Dec. 19 and charged with domestic battery. He had called dispatchers around 3 a.m. that day, claiming his wife, Kristen, had a gun and was suicidal, and that their children were in the home, according to the report released Tuesday.

When officers arrived, they found Kristen and their children safe, without a gun visible, though there were firearms stored in the home, the report said. Tyler and Kristen each alleged they had been abused by the other.

She told the officers that Tyler had a history of abusing her and that he “battered” her the night before while they were arguing.

Kristen told police that she and Tyler began arguing around 4 p.m. the day before, and that after a few hours the argument escalated to talks of divorce. She said Tyler left the house off and on during the argument, but when he came home around 8:30 p.m., he grabbed her arm forcefully and pulled her hair.

Officers said they were unable to locate any injuries on Kristen’s scalp, but that she did have a bruise on her right arm.

Police were called to the Travers’ home in October as well, but Kristen told police at the time that Tyler had not hurt her, the report said. But on Dec. 19, she told officers she’d been lying to protect Tyler’s job. According to the report, “she wanted to be open and honest now to help him get the help he might need.”

Kristen told officers that she and Tyler fought regularly and that the fights often resulted in Tyler grabbing her arms or her neck and threatening to have her hospitalized for depression, anxiety and suicidal thoughts. She said that she takes medication for depression and anxiety but denied ever making suicidal statements.

When interviewed by police, Tyler told a different story. He confirmed that he and Kristen fought often but denied ever putting his hands on her.

He said that when he came home around 10:30 p.m. Dec. 18, Kristen was drunk and begged him not to go. He told officers that he wanted to leave the house to get some space before continuing the conversation in the morning, but Kristen followed him outside and began yelling his badge number and claiming that he was pointing a gun at her.

Police interviewed neighbors, who said that they had heard yelling and a woman screaming, “Help me. Help me. Please someone help me,” before they heard a car speed away, the report said.

In the past, Tyler told police, Kristen had struck him in the back and in the face with a wine bottle opener. He said he didn’t call police because he didn’t want to get his wife in trouble.

Despite conflicting stories, police said in the report that they “determined that Tyler was the primary physical aggressor in Domestic Battery … due to the increasingly volatile incidents between them, his size, as well as the fact that Kristen had a bruise on her arm consistent with being grabbed by Tyler.”

Tyler Travers was booked into the Henderson Detention Center on Dec. 19 and released the same day on $50 bail, online court records show. His criminal arraignment is set for Jan. 16.

Travers was hired by the department in December 2017. Henderson Police Chief Thedrick Andres said last month that Travers’ firearm and “credentials” were taken away. He was placed on paid administrative leave pending the outcome of an administrative investigation.