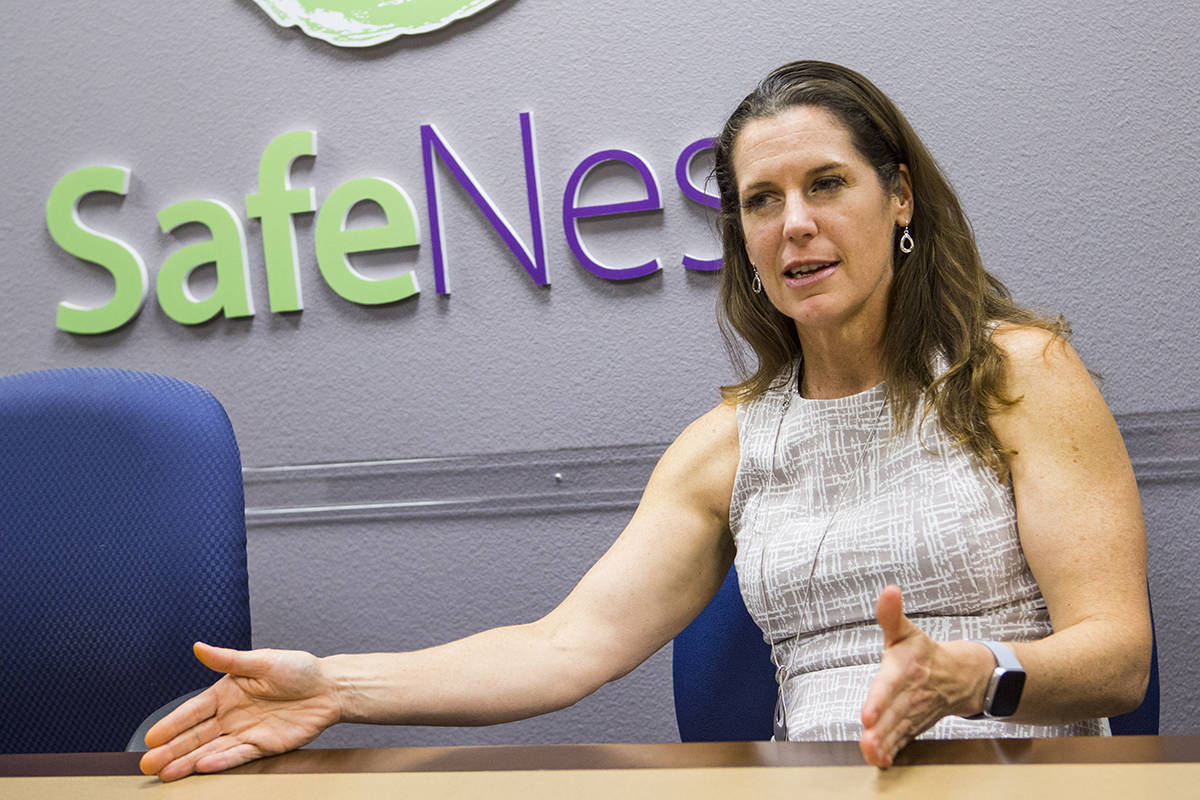 “Sometimes the only private time you may have are the 5 to 10 minutes when you’re using the bathroom or if you’re texting late at night and nobody can hear your voice, then you’re able to do that quietly and silently in a way that’s safest for you,” she said Tuesday.

During the pandemic, as more people have been staying home, calls of domestic abuse have increased, Ortenburger said.

“SafeNest works in tandem with Metro in many, many ways, including we respond alongside Metro in domestic violence 911 calls,” Ortenburger said. “We get looped into helping victims no matter if it comes through Metro or our hotline.”

Metro has said it prefers 911 voice calls because they help emergency dispatchers gather information. Metro advises those who text to describe the location and emergency, to not rely on the phone’s GPS coordinates, to avoid emojis and to not text 911 in a group chat. The system also is not equipped to receive photos or videos and can only process texts in English; however, interpreters are available for voice calls.

While the texting method is new to Metro, SafeNest launched its own text hotline in 2019.

Gillian Pinchevsky, an associate professor of criminal justice at UNLV’s Greenspun College of Urban Affairs, said victims around the country have been resourceful in the way they reach out for help.

“We’ve heard the stories about somebody texting Domino’s pizza or something for their pizza orders when they need help,” Pinchevsky said.

She referred to a 2015 case in which a woman and her three children were being held hostage at home. She placed an online order with Pizza Hut and left a plea for help in the notes field that alerted employees who then notified police.

In 2019, an Ohio woman called 911 and faked a pizza order to discreetly get help for her mother during a suspected domestic violence dispute.

Pinchevsky’s research focuses primarily on sexual victimization and domestic abuse, and the ways that current systems respond to victims of these crimes. The 911 texting program increases the choices and avenues to contact help, she said, but there are underlying reasons why people may not seek help.

Pinchevsky said her research shows people don’t call police for fear of judgment or embarrassment, fear of Child Protective Services being involved and fear of violence getting worse after police involvement.

“There’s a million reasons why people don’t come forward,” Pinchevsky said. “Some of them have to do with the way how people either perceive the system, have been treated by the system in the past and other reasons have nothing to do with this system.”