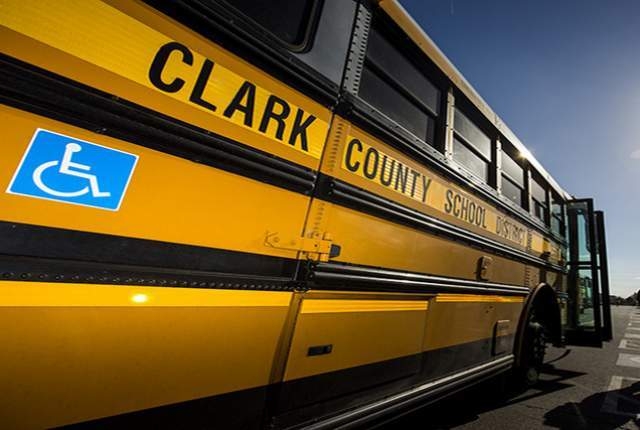 High-ranking Clark County schools official Bramby Tollen was supposed to be on medical leave, unable to work while continuing to draw her $106,560 annual salary.

However, the Review-Journal has learned that Tollen was hired by Snohomish County, Wash., 2½ months ago as its purchasing manager for a $98,000 annual salary, effectively double dipping from the Clark County School District while working full-time 1,200 miles away.

The Family and Medical Leave Act allows Tollen and other employees to take paid time off when they’re “unable to work because of a serious health condition,” according to guidelines on the district’s website. District administrators also are permitted medical leave under the contract negotiated by the administrators union.

“Under no circumstances would we condone someone being on sick leave and drawing a salary here while having gainful employment somewhere else,” said Stephen Augspurger, executive director of the union representing district administrators.

“They’re supposed to be too sick to work.”

District spokeswoman Melinda Malone confirmed Wednesday that Tollen was on paid leave during the time in question but wouldn’t confirm whether the district required Tollen to provide proof of a serious health condition.

“The big question is what are they (Clark County School District) going to do to remedy this?” Augspurger said. “They need to be recapturing that money, one way or another.”

Tollen resigned from the district on Aug. 29 and is under investigation, Malone said. However, Tollen started her job in Snohomish on June 13, according to Snohomish Human Resources Director Bridget Clawson.

That means Clark County taxpayers forked out about $23,000 in medical-leave pay to Tollen from June 13 through her last day on Friday while she worked in Washington.

Tollen was the district’s purchasing manager for 12 years until being transferred on March 28 to human resources on “special assignment,” for reasons that district officials wouldn’t disclose.

Tollen claimed medical leave a month and a half later on May 15. Less than a month after beginning her medical leave, Tollen started her job at Snohomish County.