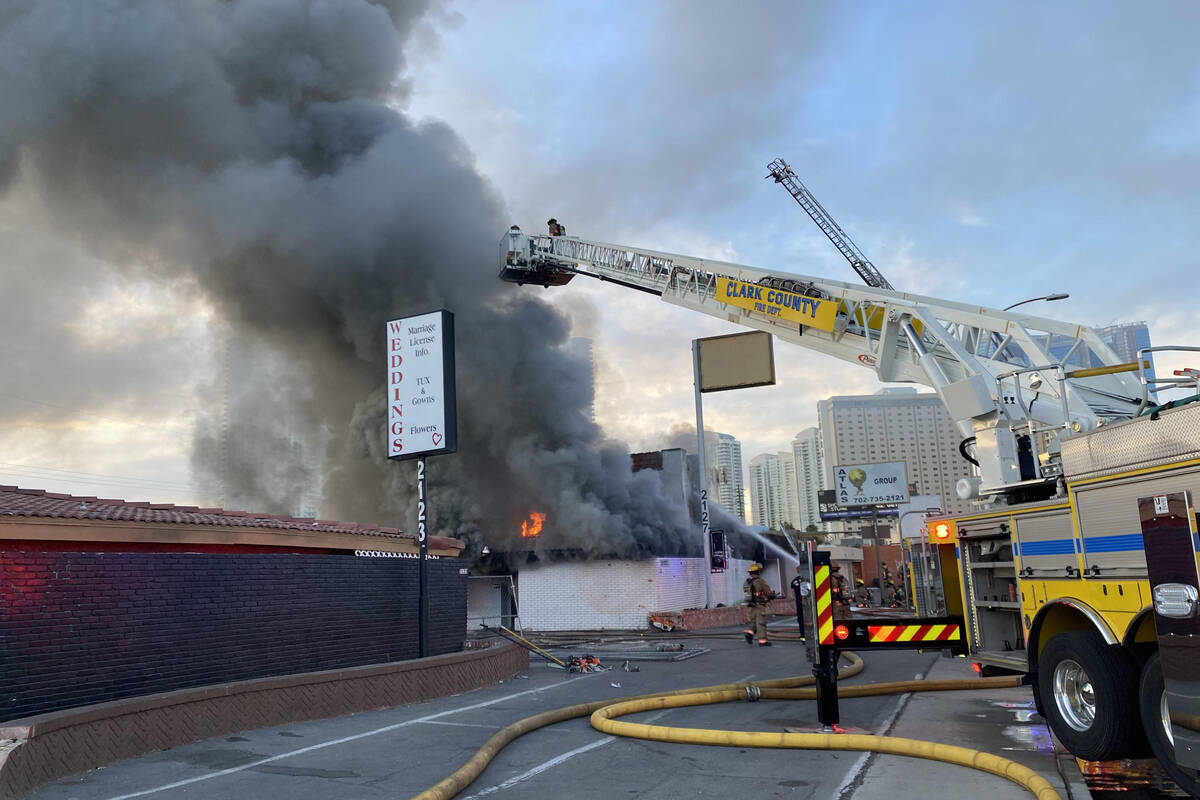 A fire in central Las Vegas sent a large cloud of thick smoke into the sky early Thursday in an area where fires in vacant buildings have become a persistent problem.

Las Vegas Fire Department spokesman Tim Szymanski said the fire was reported at 6:20 a.m. in a vacant commercial building at 2127 Paradise Road. Crews from Las Vegas and the Clark County Fire Department responded, but the building was a complete loss. There were no injuries, he said.

Las Vegas resident Trana Bryant, who has been staying at a nearby Siegel Suites, said there have been multiple fires in vacant buildings frequented by the homeless in the area of Paradise in Sahara Avenue in recent weeks.

“Unfortunately we’ve watched this happen all too often,” Bryant said. “We’ve seen at least four fires in the last month, this being the largest one. I do believe it may be vagrants who are trying to stay warm.”

Bryant said the frequency of the fires causes her concern.

“There are still gas lines that are active, the electricity lines, it can shut down power for the neighborhood,” she said.

Firefighters knocked down the flames by 8 a.m..

At the height of the fire, the cloud of smoke could be seen throughout the Las Vegas Valley as it drifted down the Las Vegas Strip.

Szymanski said the city of Las Vegas is working to tear down many of the vacant buildings in the area.