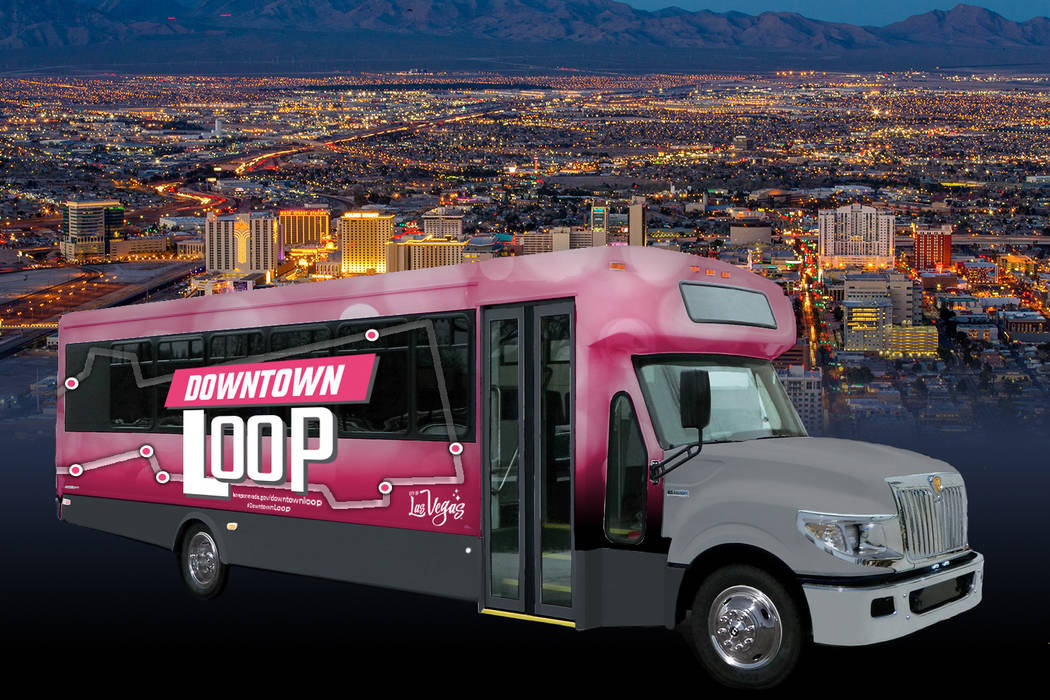 A rendering of the Downtown Loop, a free shuttle that will ferry people for free around downtown Las Vegas. City of Las Vegas. 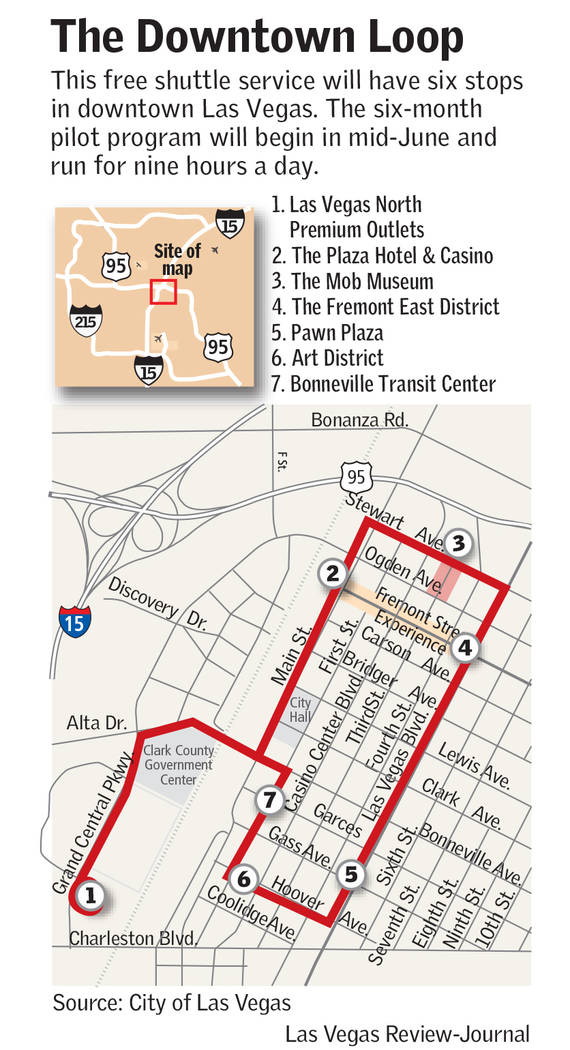 Visitors and locals alike will be able to catch a free ride from the Las Vegas North Premium Outlets to the Fremont East district this summer.

The 28-foot shuttles and the corresponding signage at pick-up points will add a pop of pink to downtown streets starting in mid-June, matching the city’s new magenta logo.

Dubbed the Downtown Loop, the service will operate for nine hours per day. During the pilot period, the city will compile ridership data and track how long it takes the shuttles to pass through the route, Public Works Director David Bowers said. 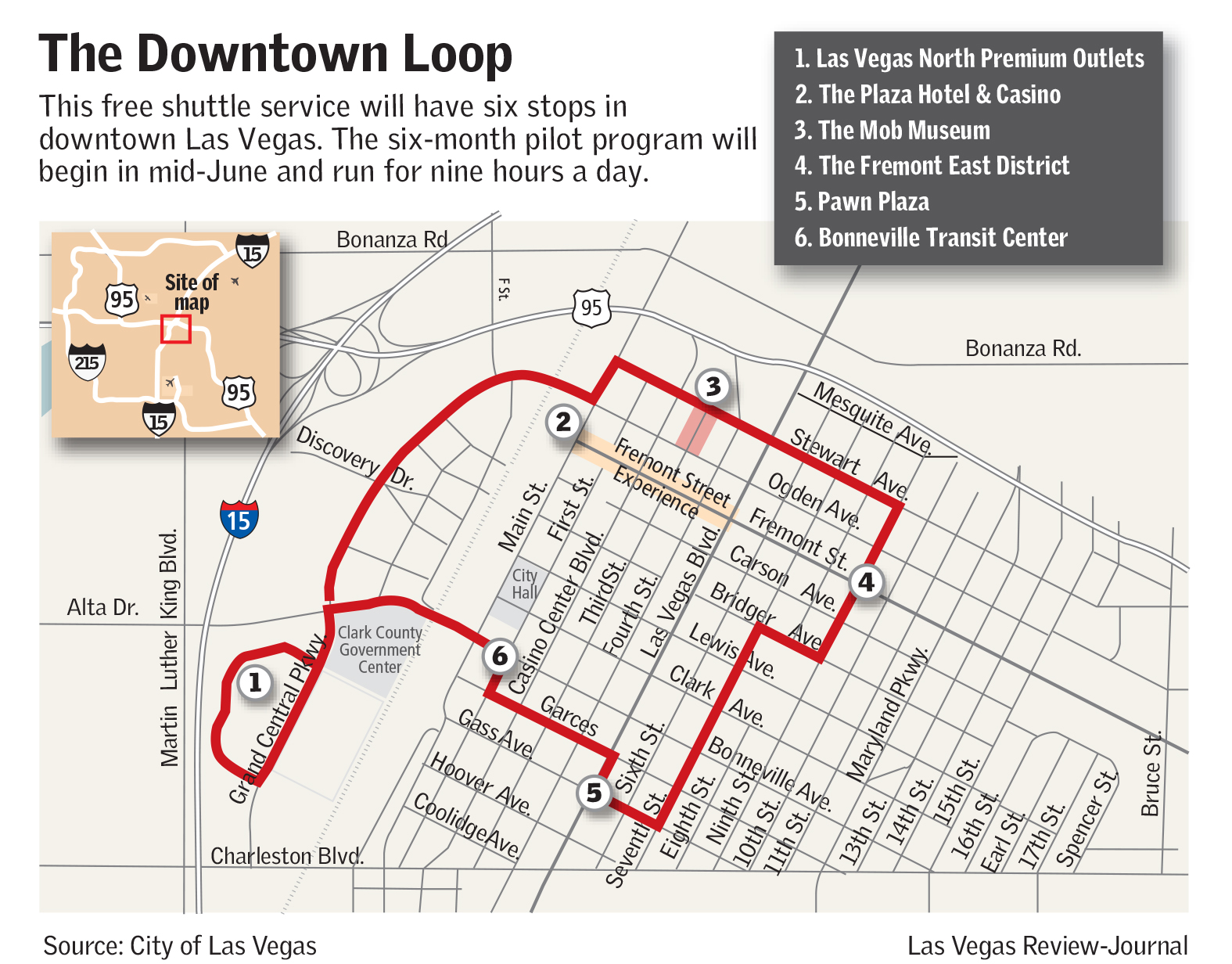 Las Vegas Mayor Carolyn Goodman envisions drivers who are “interactive with the ridership” and knowledgeable about attractions along the route.

The cost is $275,000 for the first six months, with an option to extend for another six months at the same cost.

RTC of Southern Nevada will administer a contract between the city and transit company Keolis.

Friday and Saturday: 3 p.m. to midnight