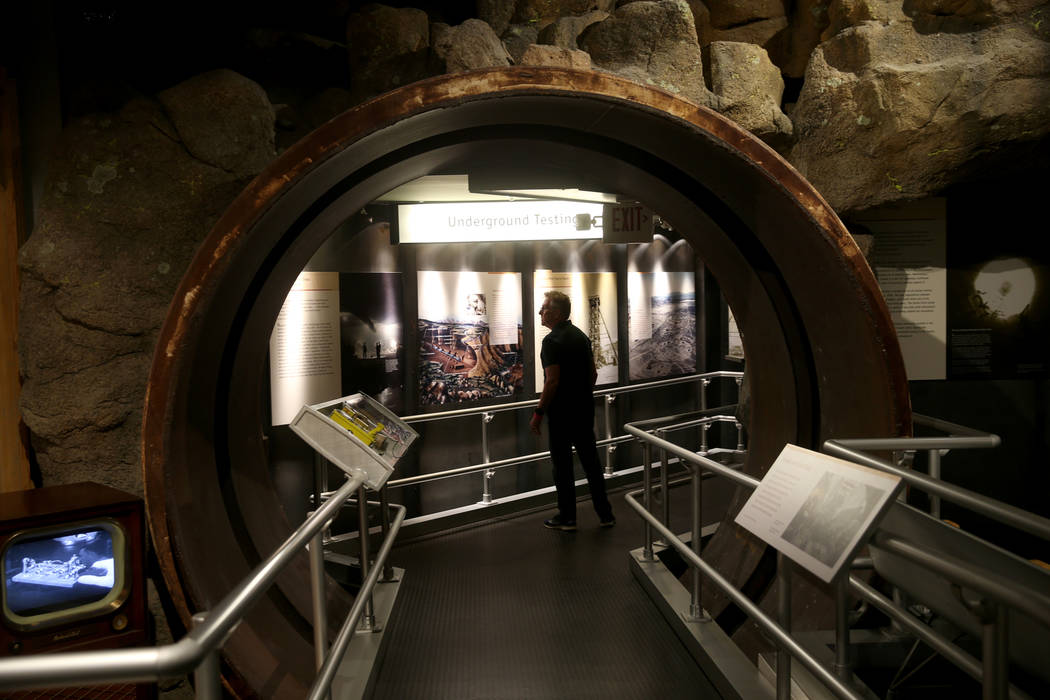 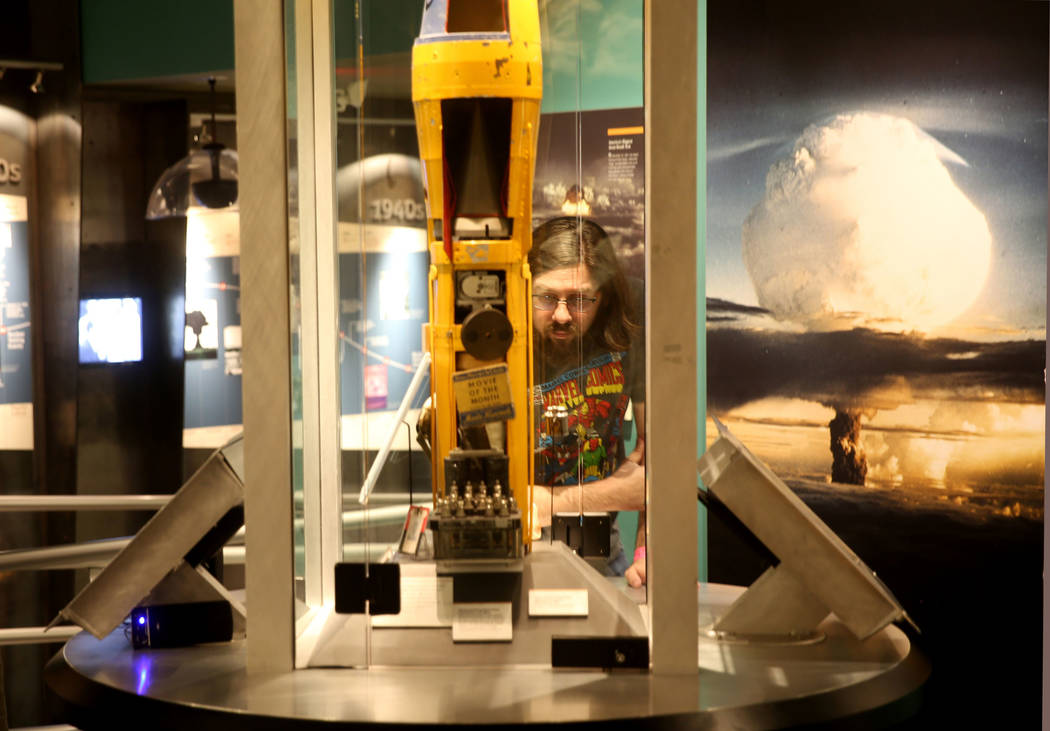 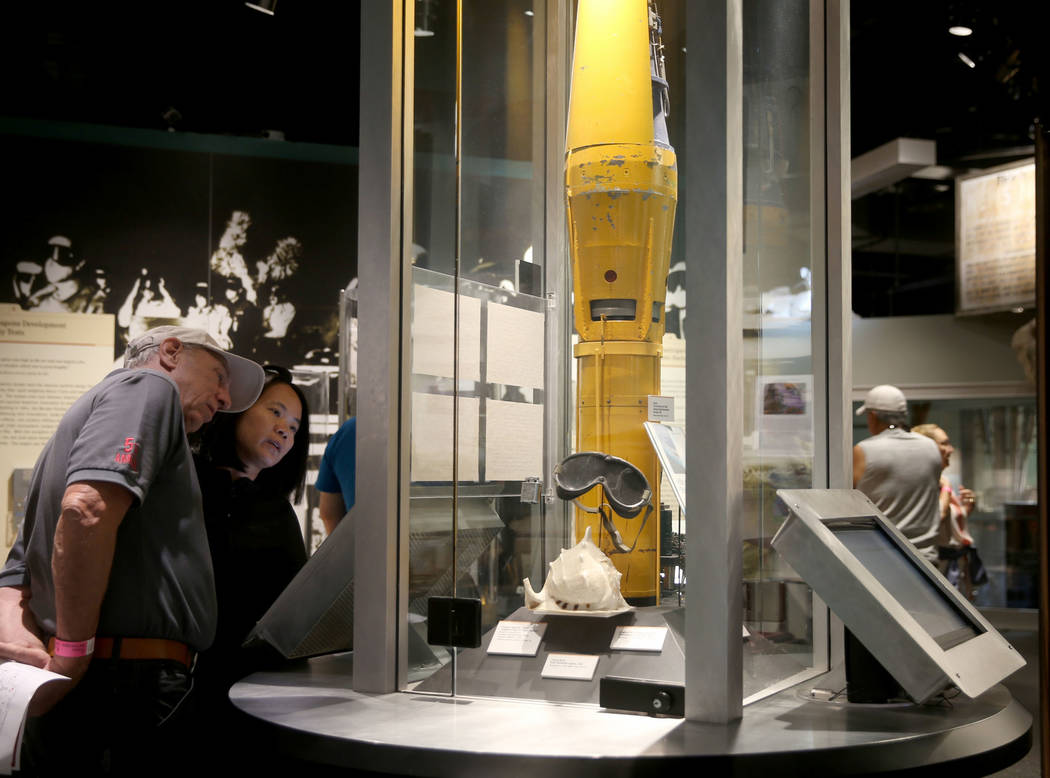 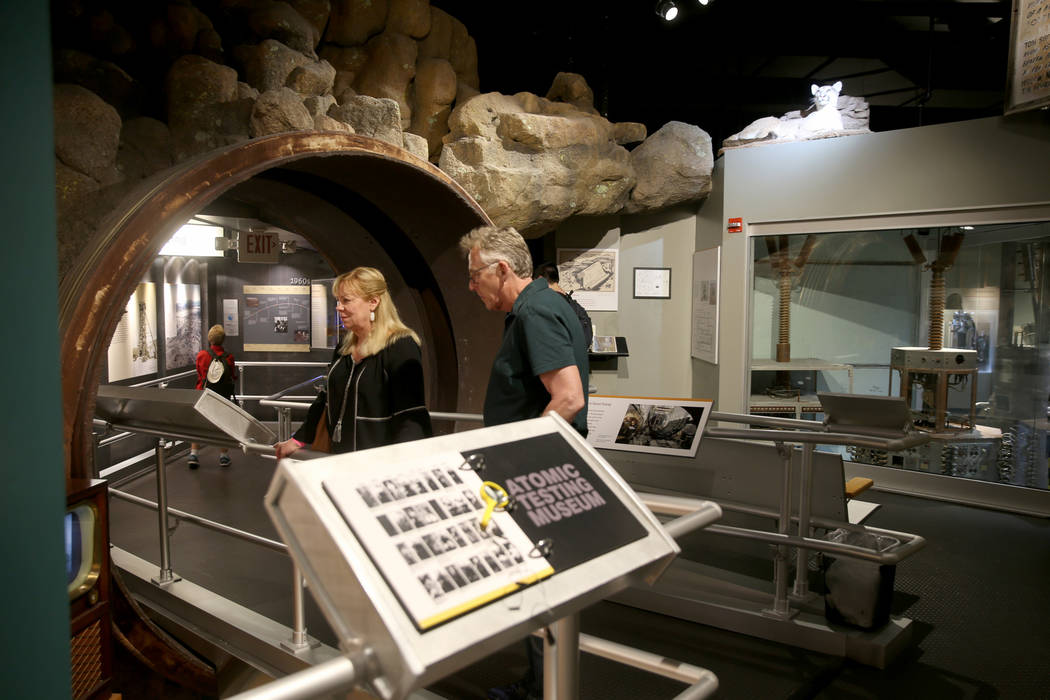 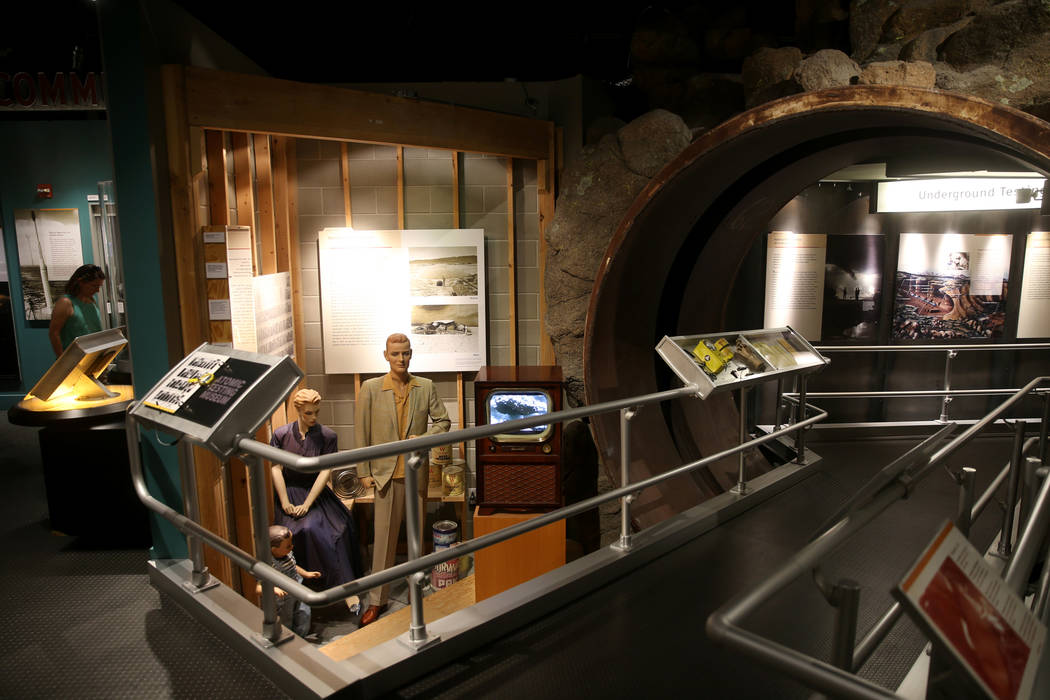 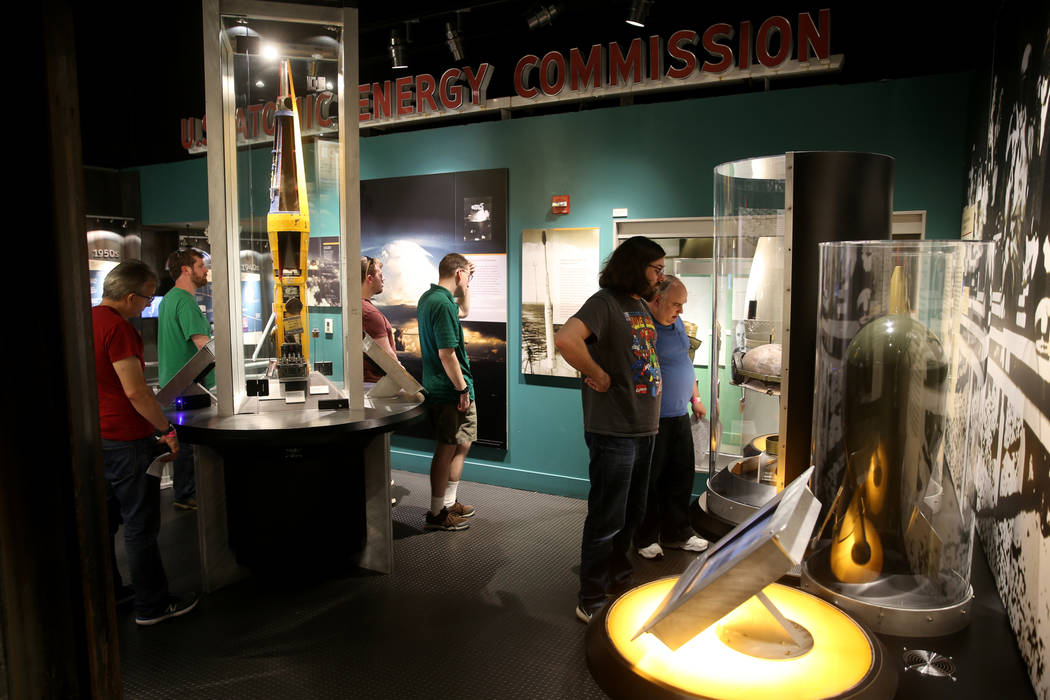 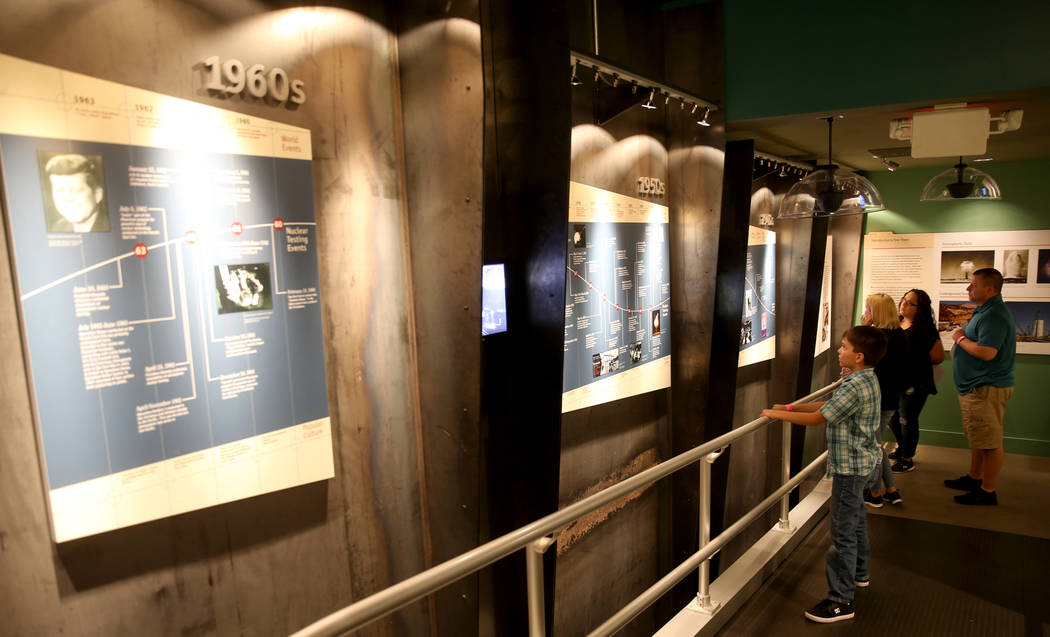 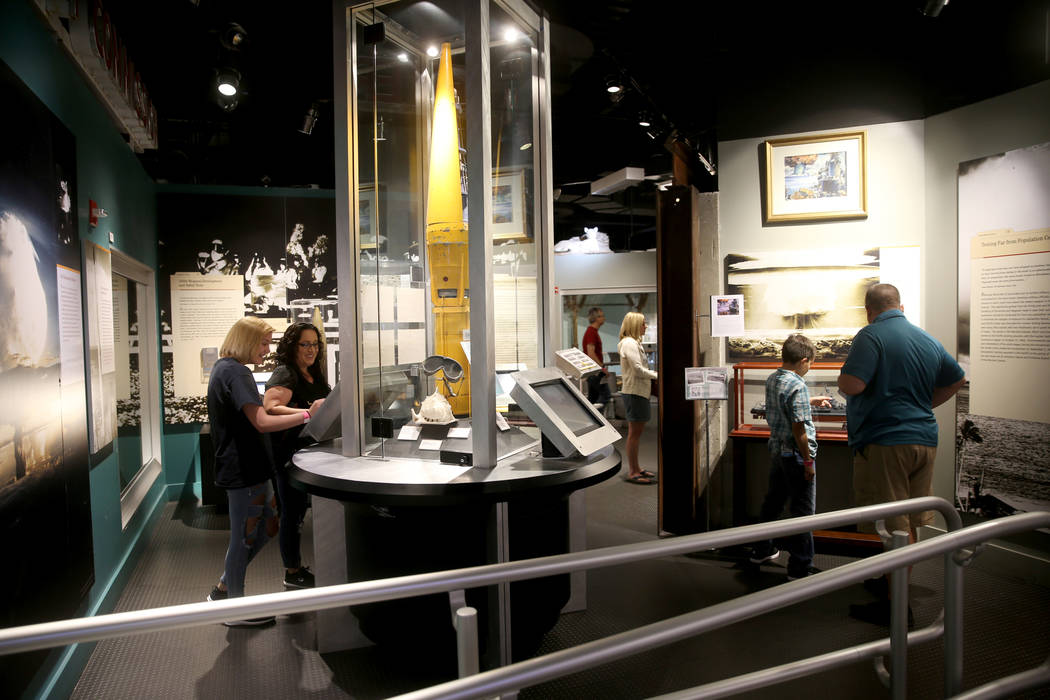 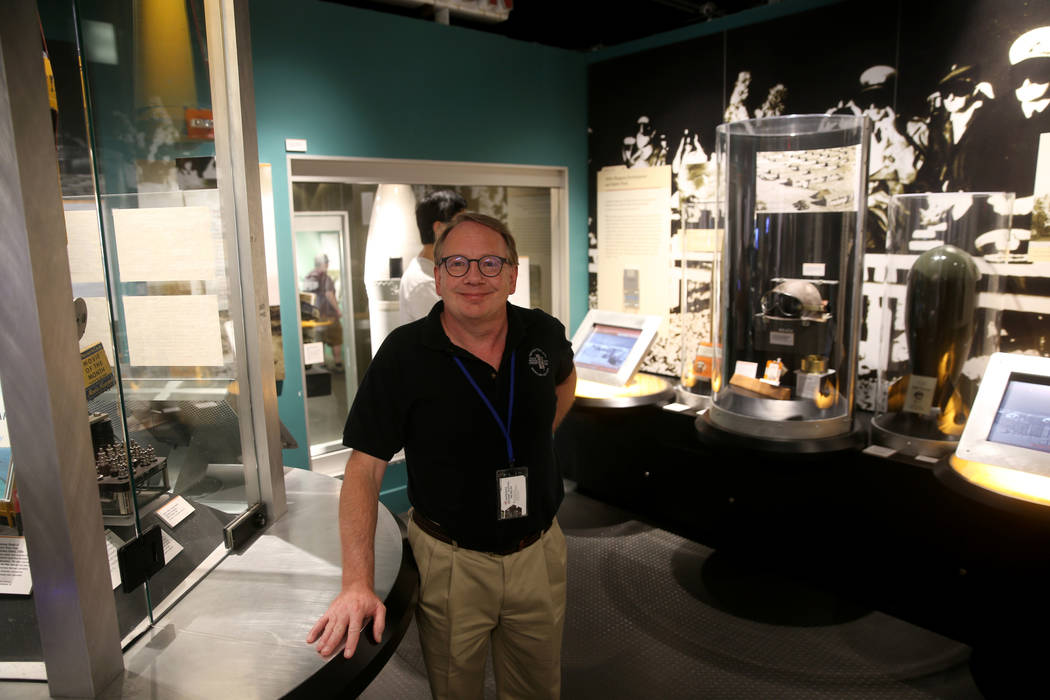 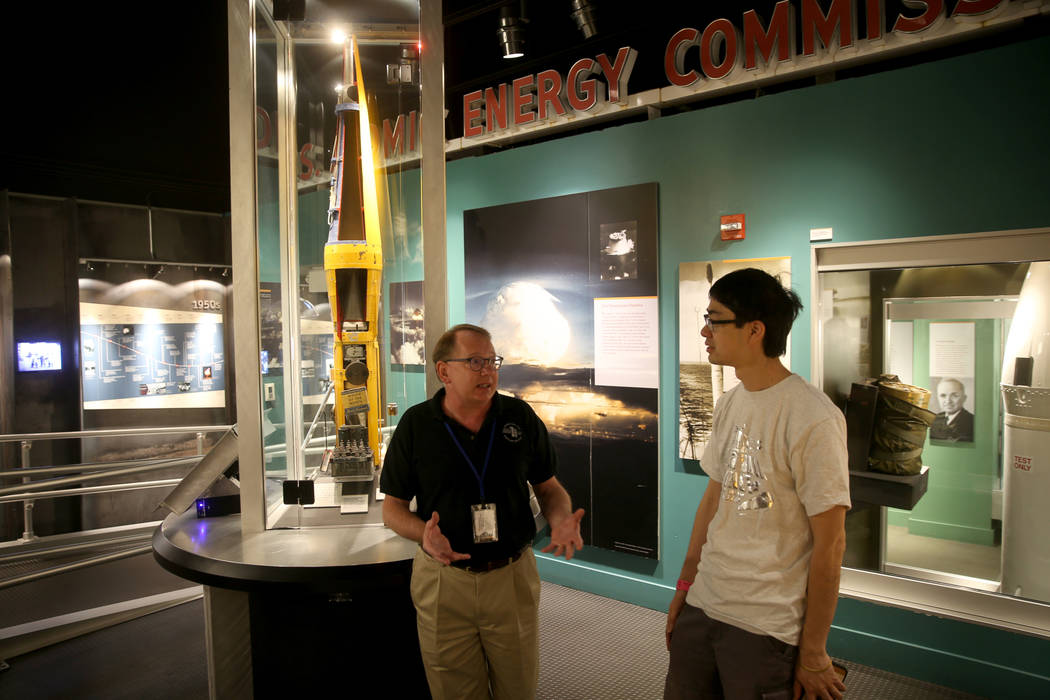 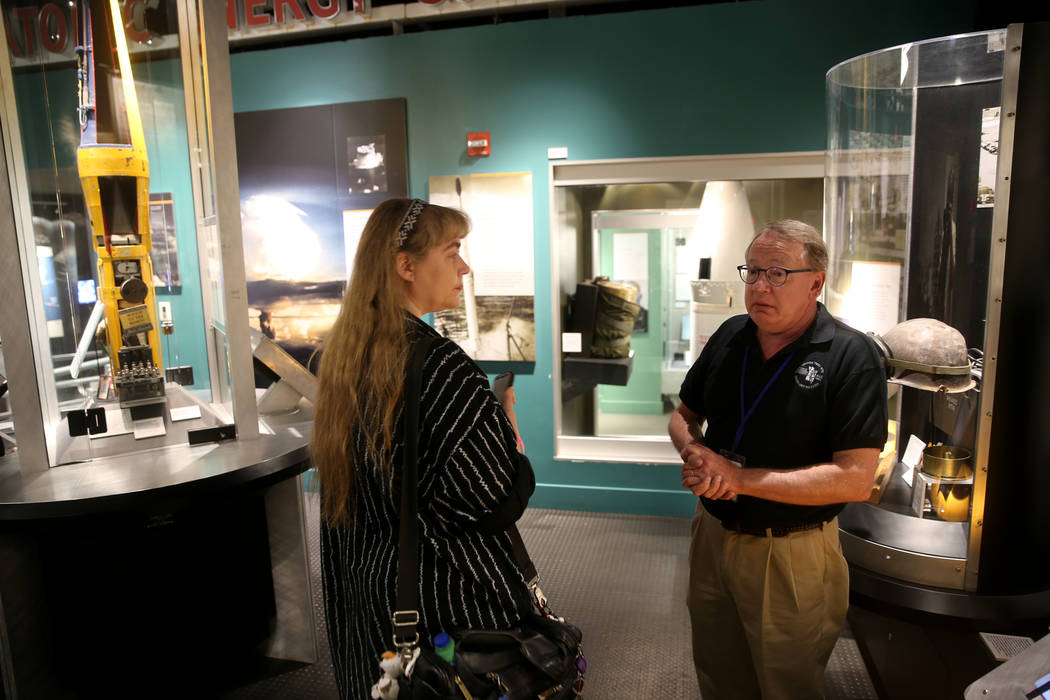 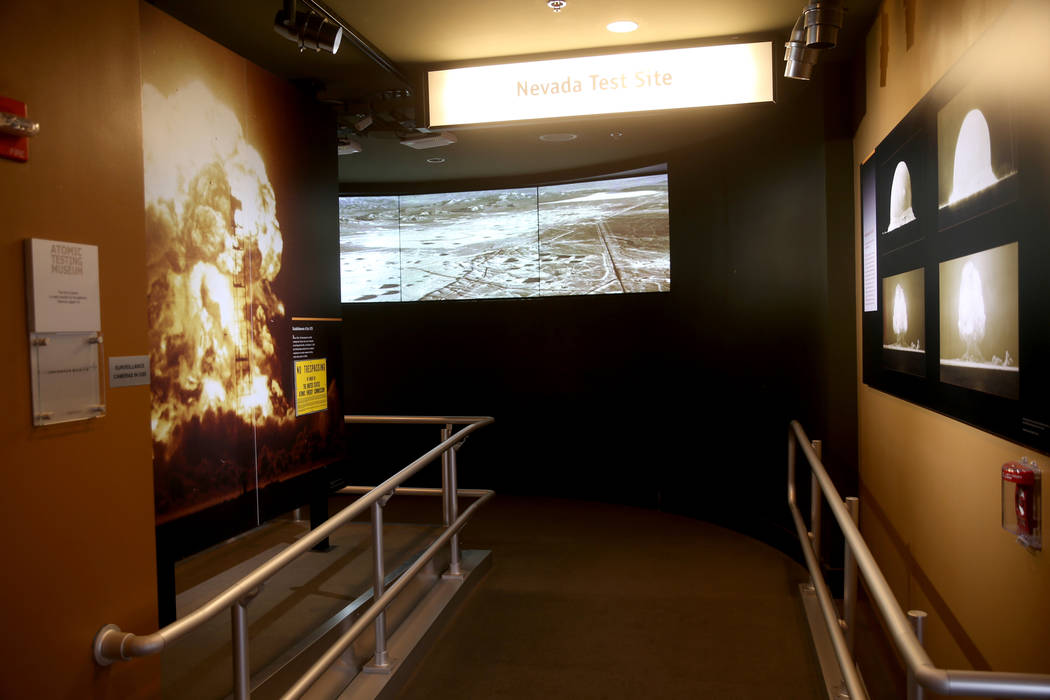 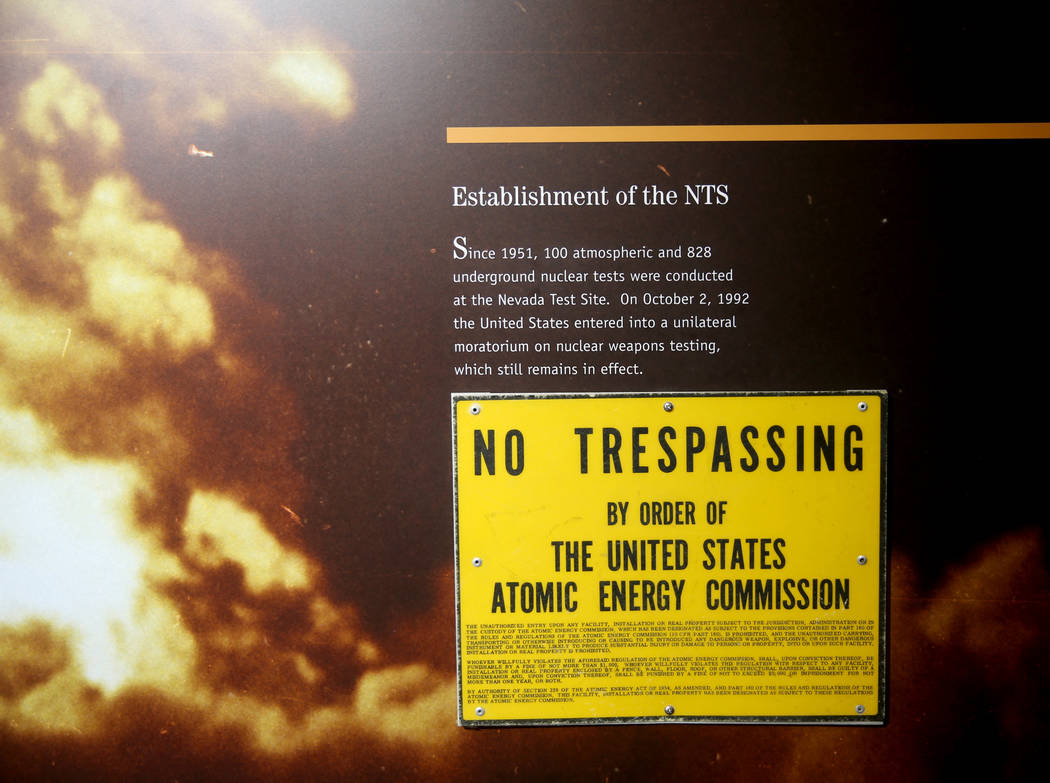 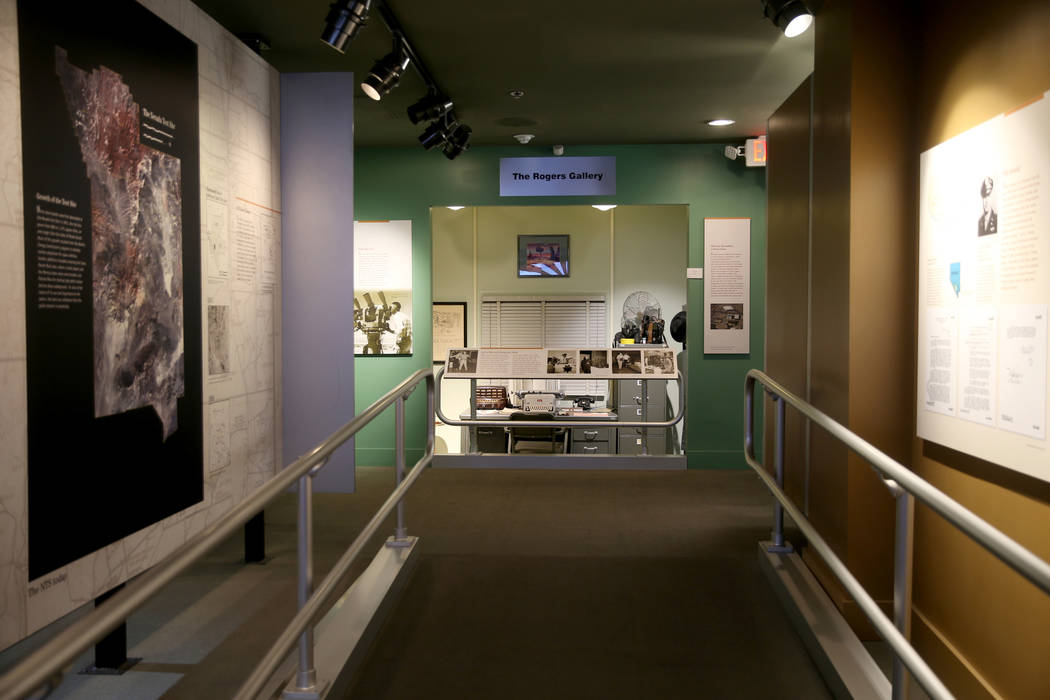 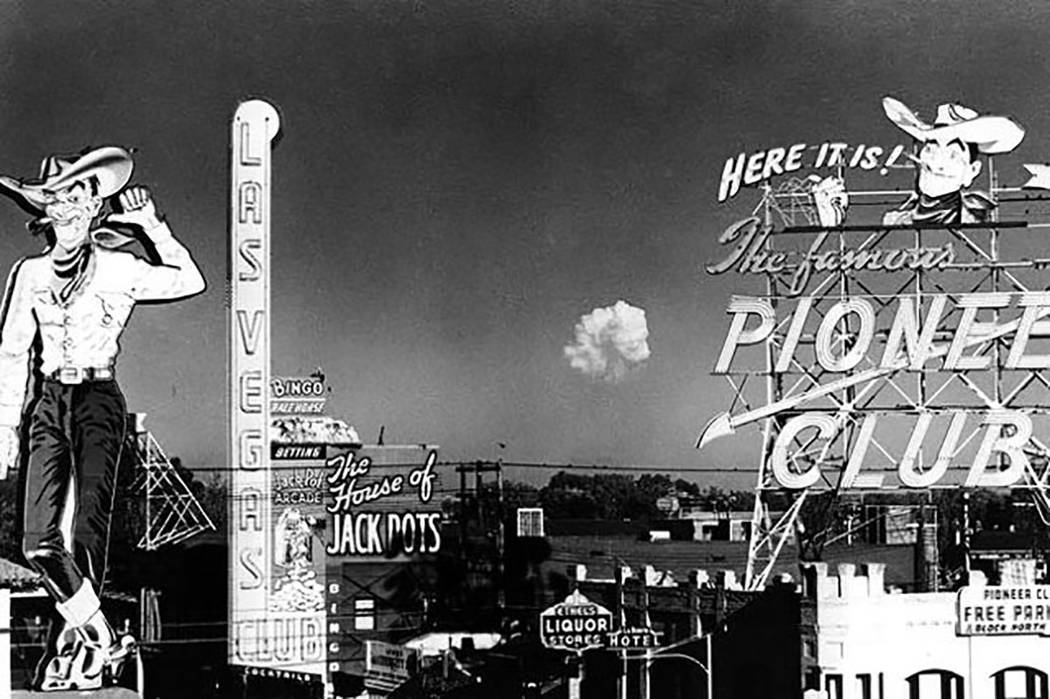 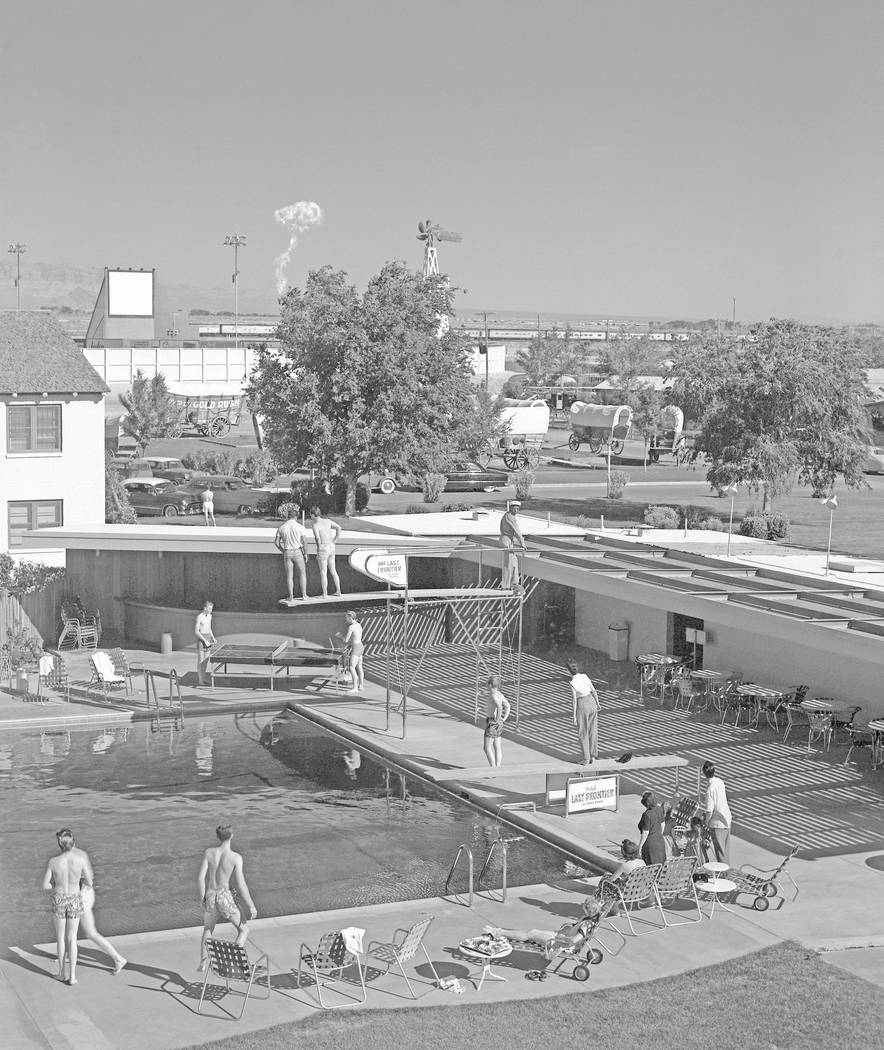 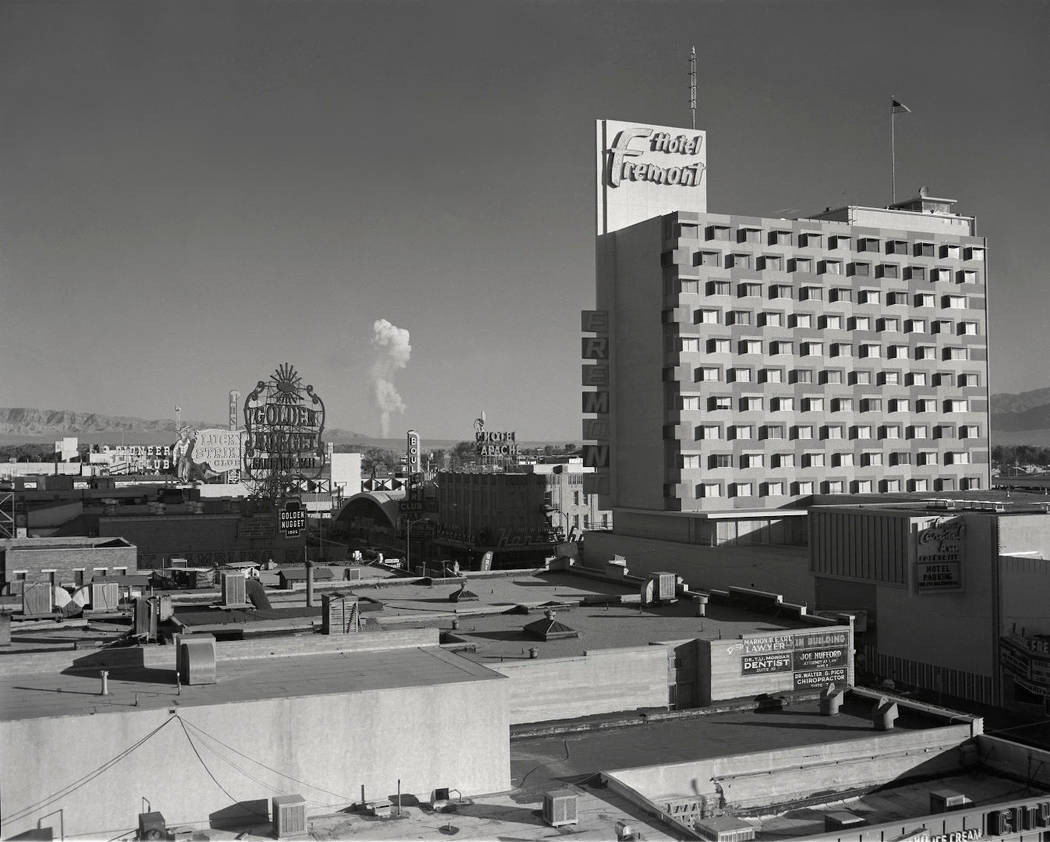 In this June 24, 1957, Las Vegas News Bureau's photo, a mushroom cloud is seen from the roof-tops of businesses located on Fremont Street in Las Vegas during a nuclear test. The detonation was part of Operation Plumbbob, code-named Priscilla. The test of the MK-15 bomb was launched via balloon over Area 5 of the Nevada Test Site. (Las Vegas News Bureau)

The National Atomic Testing Museum is searching for a new home in the city that once made mushroom clouds into tourist attractions.

With the help of a $1 million matching grant from the state, museum officials said they hope to find a larger space in downtown Las Vegas so they can expand their exhibits on nuclear testing in Nevada.

“The museum has been in the same location for the past 15 years now. We’ve basically outgrown it,” said Jordan McGee, the museum’s director of education. “We have more stories to tell.”

During the above-ground nuclear tests of the 1950s and early 1960s, Las Vegas was the epicenter for atomic tourism, with Chamber of Commerce promotions and test-blast watch parties at downtown casinos. One iconic news photo from the time shows visitors pointing from poolside as a radioactive plume rises in the distance.

Tourist interest waned after 1963, when an international ban on atmospheric testing moved the blasts underground, but Nevada would play host to more than 900 more nuclear detonations until the tests halted altogether in 1992.

All of that history is documented in the atomic testing museum, which opened in 2005 and became a national museum, affiliated with the Smithsonian Institution, in 2011.

The collection includes everything from radiation detectors and atomic age pop culture memorabilia to American Indian artifacts recovered from the test area. There is a display on Area 51 and an atmospheric test blast simulator called the “Ground Zero Theater.”

The exhibits are currently housed in a state-owned building on Flamingo Road near Swenson Street that is part of the Desert Research Institute’s Southern Nevada campus. The Nevada Test Site Historical Foundation runs the museum, and the U.S. Department of Energy pays the lease, which is set to expire in 2023.

Las Vegas Mayor Carolyn Goodman said she has been lobbying for years to bring the museum downtown. She said she would love to see a new facility built for the collection on vacant land near the Mob Museum, possibly with the help of some federal funding.

“I’ve been trying to bring anything historic down into the heart of downtown for years, and what more significant museum could there be than the National Atomic Testing Museum?” Goodman said.

McGee couldn’t offer any details on a new location because museum officials are still in the early planning stages of the possible move.

“If we could afford to double the space, that would be amazing,” she said.

Under Senate Bill 501, passed by the Legislature on June 3, the museum could receive up to $1 million in matching funds to help pay for relocation. Gov. Steve Sisolak had not yet signed that measure into law on Monday.

During testimony on the bill before the Assembly Ways and Means Committee last week, DRI officials said the museum is welcome to stay if it wants.

“We do not have an immediate need for the space that they occupy and are not encouraging the museum to move to a new location. That said, we recognize that the museum must look to the future and determine what is best for the museum’s future growth,” Tracy Bower, director of external affairs for DRI, told the committee. “We look forward to the museum’s continued success whether they are located at DRI or elsewhere in the community.”