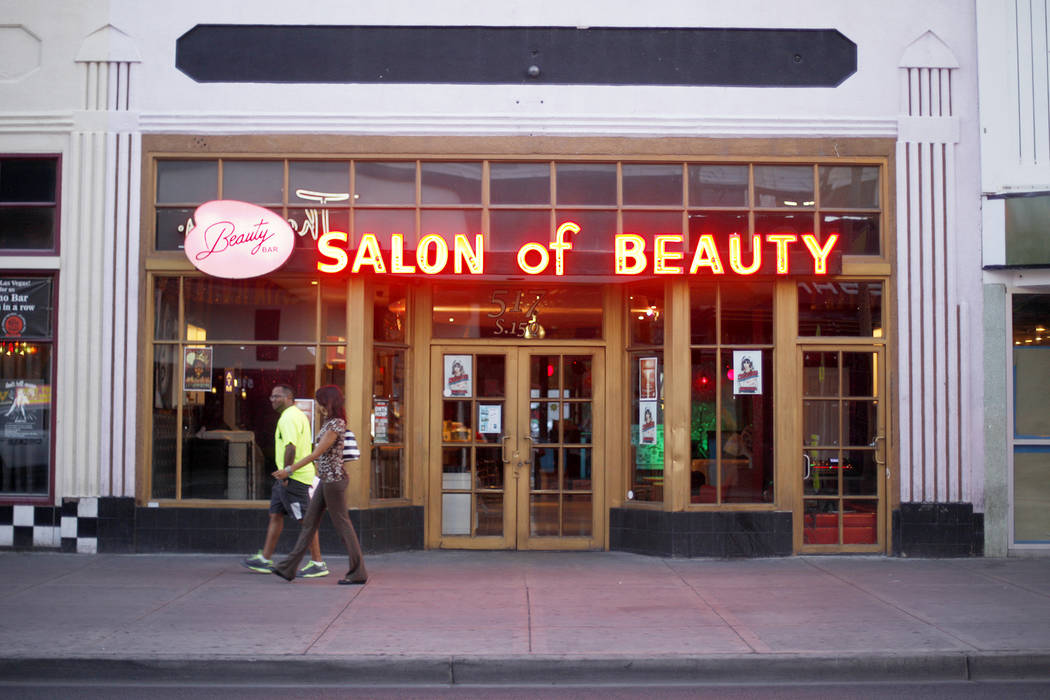 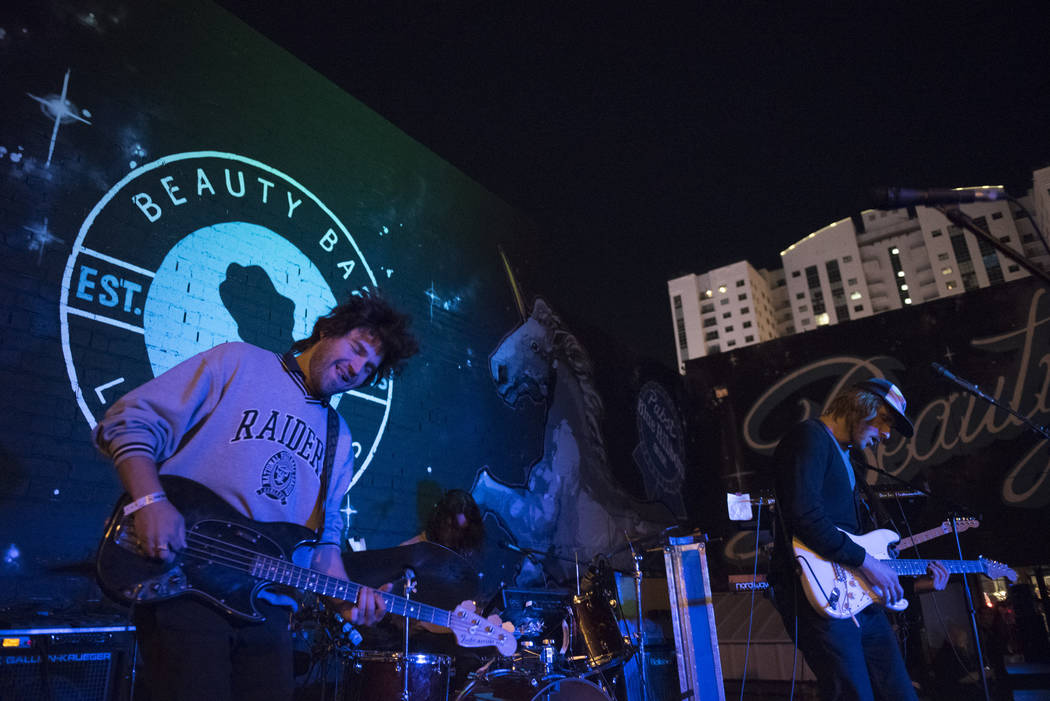 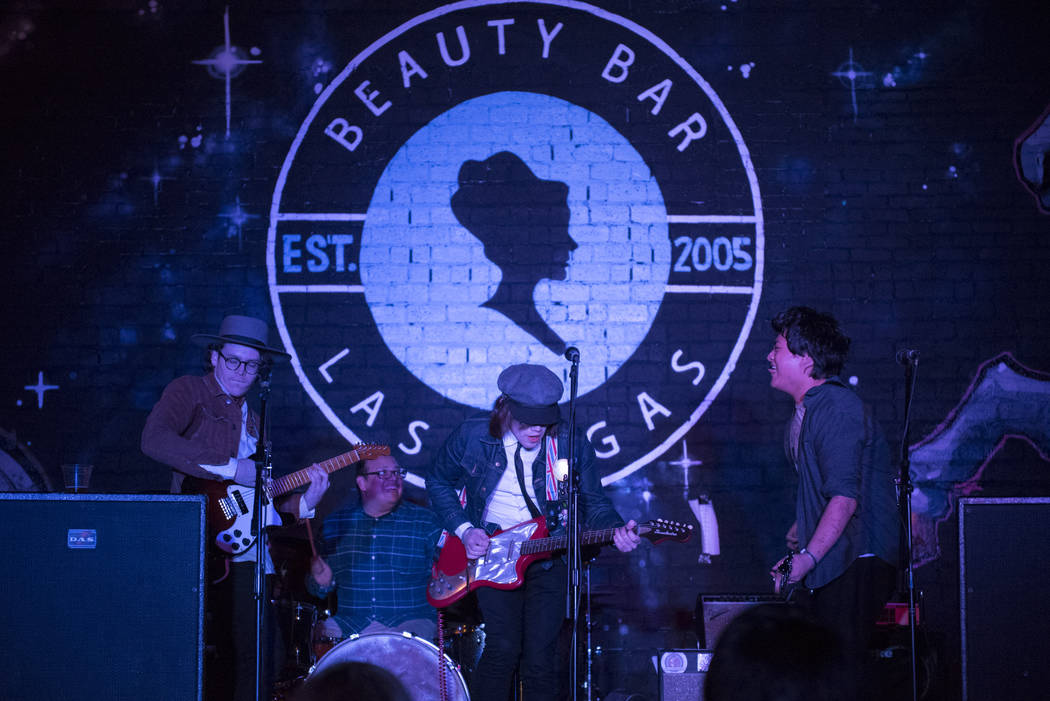 Las Vegas officials have revoked the temporary liquor license for Beauty Bar on Fremont East, which shut down Monday after it was served with an eviction notice.

The move followed a “suitability investigation” that detailed incidents with security and issues with management at the live-entertainment tavern since it opened under new ownership in August, according to Deputy Planning Director Mary McElhone.

“In the eight short months that this operation has been open, the Beauty Bar has had problems with the security staff and general management obeying laws and regulations, including incidents that have involved Metro and have included lack of cooperation,” McElhone told the City Council on Wednesday.

By a 5-0 vote, the council revoked Beauty Bar’s temporary tavern-limited license, which governs alcohol beverage sales, and denied it a permanent one after hearing about the series of incidents.

Owner Roxie Amoroso, a longtime musician and Las Vegas promoter, said in an interview Thursday that running the venue did not pan out as she anticipated. She noted that Fremont Street is “a beast all its own,” while lamenting the hit to her reputation and to the business she knew “meant something to the community” since it first opened in June 2005 as one of the early outcroppings of the Fremont East entertainment district.

At Wednesday’s council meeting, McElhone listed numerous incidents at the bar that required attention from police.

On Aug. 6, a security guard placed a band member in a choke hold, she said. The Metropolitan Police Department determined the security guard’s self-defense was justified, but also concluded his use of force was unreasonable and excessive, McElhone said.

Then on Oct. 5, the same security guard repeatedly punched a patron in the face who did not attempt to strike anyone, she said. The guard was cited for misdemeanor battery and later dismissed. along with a bar manager who she said had been uncooperative with police.

Other incidents outlined by McElhone included an undercover detective who was sold $30 worth of marijuana by a new security guard, who obtained it from a DJ in the bar; a new security company that did not have required alcohol awareness cards; two changes in bar ownership without proper notification of the city; and a Christmas party scheduled by the Vagos Outlaw Motorcycle Gang.

The issues led McElhone to recommend revocation of the temporary license granted to Amoroso on Aug. 2.

Amoroso said she cured those issues, but after moving to Oregon in January she realized that the venue — always a break-even proposition at best — needed an owner who would be in the trenches daily.

“The reality was it was a passion project, 100 percent, and I was not ready for the toll it takes,” she said. “I had to assimilate to a certain culture that I wasn’t prepared for and there was a whole (learning) curve there.”

Amoroso denied any involvement in planning the Vagos Christmas party, according to McElhone, saying a previous business partner scheduled it without her knowledge.

Stephen Stubbs, a Las Vegas attorney who represents Amoroso, said Thursday that Amoroso, who did not appear at this week’s hearing inside council chambers, had been trying to relinquish ownership for a month: “Roxie was going to walk away,” he said.

But he claimed that problems with a would-be buyer led to the ownership change stalling and bills going unpaid, adding that “Roxie got screwed.”

But on Thursday, she said, her next steps were unclear.

“I feel I owe an apology to the community,” she said. “That’s the dagger.” 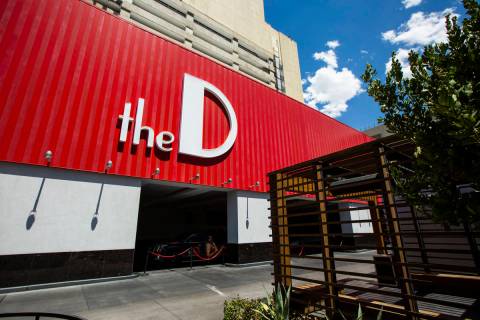 An unidentified slot player is about $1.2 million richer on this Friday after hitting a slot jackpot at The D in downtown Las Vegas. 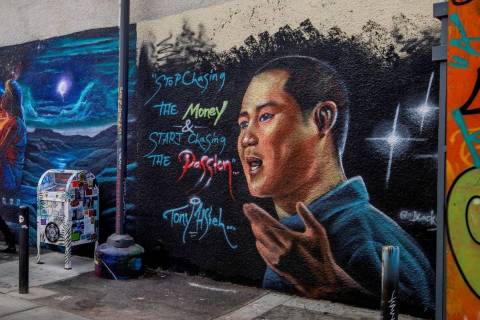 A second friend of Tony Hsieh has sued the late tech mogul’s estate, seeking nearly $7 million from a breached contract. 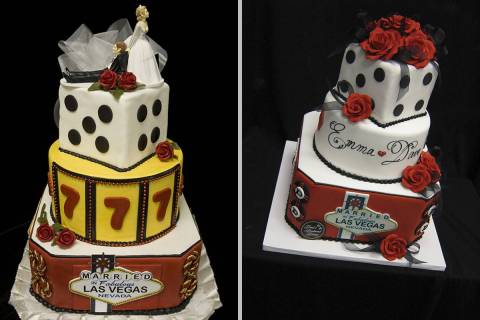 The local institution, which has been serving Las Vegas since 1959 and has a starring role in the Food Network series “Vegas Cakes,” will open a dessert shop in the Arts District.