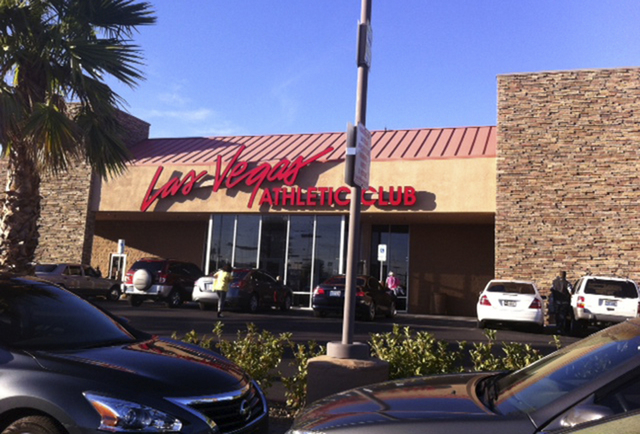 In the age of smartphone technology, many gym-goers use their cellphones to listen to music, check emails and use workout applications, while others enjoy posting photos of their progress on social media.

Seemingly harmless, its use raises privacy issues and adds to the debate on whether cellphones should be permitted inside fitness facilities.

“The laws have not caught up to technology yet,” said Life Time Fitness member Duane Wyland. “People are unaware that photos can be taken inside gym locker rooms. I’ve had instances when I was naked, and I couldn’t tell if the guy next to me was playing on his cellphone or taking a photo. It makes me uncomfortable.”

He believes that many gyms do not want to enforce their own policies for fear of losing members.

Natalie Bushaw, spokeswoman for Life Time Fitness, said the gym has a firm no-cellphone policy inside its locker rooms at all 112 clubs across the country.

There are signs in front of the locker rooms, and employees are instructed to monitor the areas. However, like at most gyms, cellphones are allowed on the gym floor.

“We allow it because people use their cellphones as an iPod or for workouts,” Bushaw said. “At the same time, however, we don’t want to promote an environment full of selfies.”

If a person is caught using his phone inside a locker room, Bushaw said an employee should pull him aside and talk to him about the rules. The employee may even ask to see his phone or erase a photo.

Other facilities, such as Anytime Fitness, 7537 S. Rainbow Blvd., do not have cellphone policies because they haven’t had any complaints.

“This whole selfie thing is new,” said Donald Gray, owner of that location. “Obviously, it’s an epidemic. The other day, there was a girl working out doing curls with one hand and FaceTiming someone with the other hand. If this gets out of hand, I’ll have to create a rule.”

So what can people do if they catch someone taking their photo?

“In any gym, regardless of what their policies are, there’s an expectation of privacy in the locker room,” said Robert L. Rosenthal, partner at Howard & Howard Attorneys, 3800 Howard Hughes Parkway.

He said people should approach the person and ask him not to take photos. Then, they can contact the gym manager and file a written complaint.

A person cannot take a cellphone away from another unless there is a court order. However, if someone finds his photo posted online without his consent, he can take legal action.

“Criminal prosecution is up to the police, but they can sue for invasion of privacy,” Rosenthal said.

In addition, he suggested that fitness facilities should have strong policies prohibiting cellphone usage in the locker rooms. These policies should be followed up with consequences, such as revoking gym memberships if a person doesn’t comply.

Privacy concerns are not limited to photos. There are plenty of YouTube videos showcasing unsuspecting people working out. Voyeur videos, for instance, feature footage of men and women naked and getting dressed inside of gym locker rooms.

In response to this, the Video Voyeurism Prevention Act prohibits the photographing or videotaping of a naked person without his permission in a gym, a tanning salon, a dressing room or anywhere else where one expects a “reasonable expectation of privacy.” Violators can expect fines of up to $100,000 and/or up to a year in prison.

“In our club, this isn’t a predominant issue,” said a Las Vegas Athletic Clubs employee at the 1725 N. Rainbow Blvd. location who wished to remain anonymous. “There is a twisted minority who use their cellphones for (perverse) acts, but for the most part, people who take photos just want to post their progress.”

Regardless of why people take photos, Rosenthal said they should be aware of their surroundings.

“It’s a problem, because everyone has a phone,” Rosenthal said. “It’s not something you can avoid, but you can take precautions.”