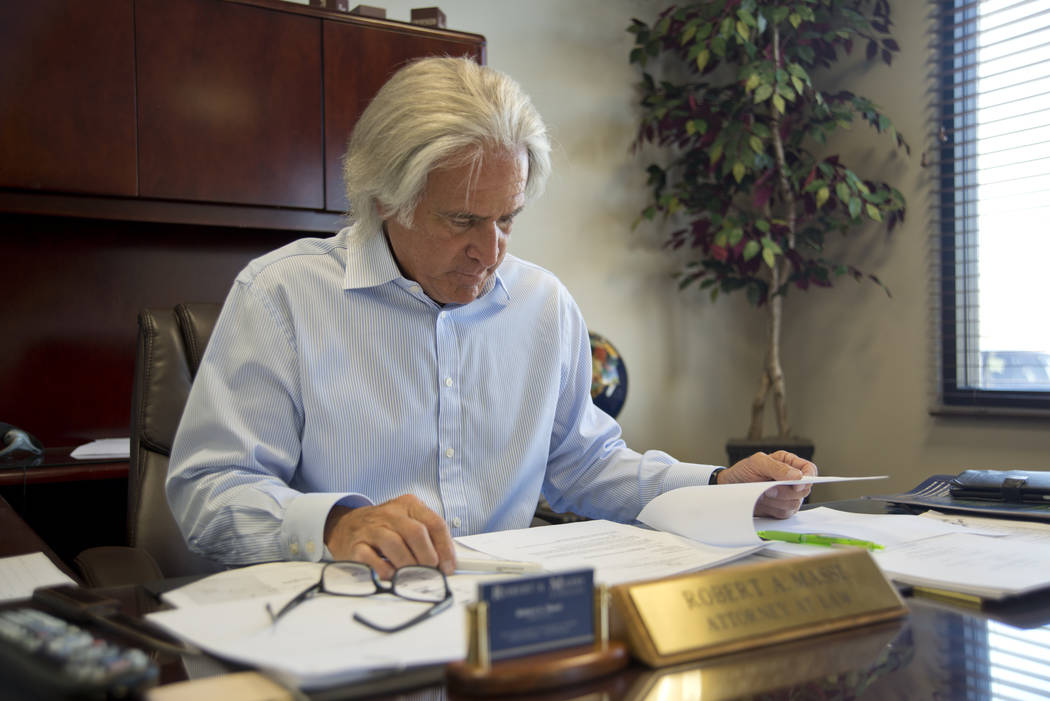 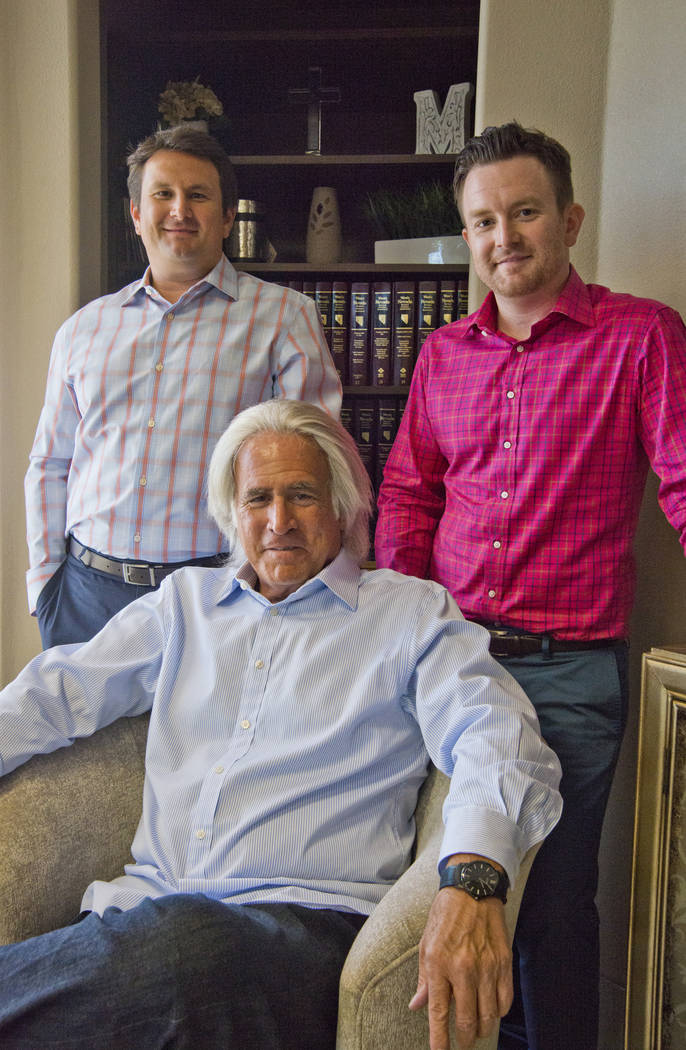 Robert A. Massi poses for a photograph with his two sons, Robert, right, and Dominic inside his Henderson law offices on Monday, Aug. 15, 2016. Robert currently works with the law firm, and Dominic operates his own insurance business. Daniel Clark/Las Vegas Review-Journal Follow @DanJClarkPhoto 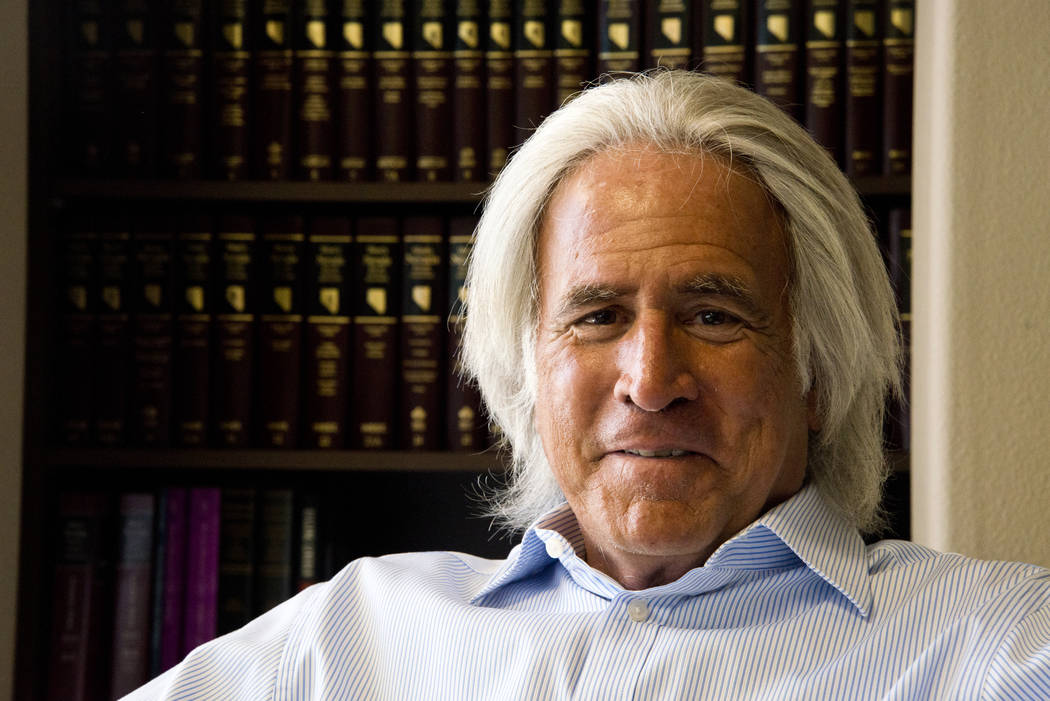 Robert A. Massi sits in the lobby of his Henderson law offices on Monday, Aug. 15, 2016. His son Robert currently works with the law firm, and son Dominic operates his own insurance business. Daniel Clark/Las Vegas Review-Journal Follow @DanJClarkPhoto

Massi was a FOX5 KVVU-TV legal analyst who also hosted “Bob Massi is the Property Man” on Fox Business Network.

His Henderson-based law firm, Massi & Massi, confirmed Wednesday to the Las Vegas Review-Journal that Massi is dead but otherwise declined to comment.

The Review-Journal reported in 2011 that Massi, then 60, was married with a daughter and two sons and had four grandchildren. He went to college in Maryland and law school in Texas, had been in Las Vegas since the 1970s, and started his own practice in 1980.

Shocked & deeply saddened by death of friend Bob Massi. He was one of the last cool cats. I’ll miss his talent & verve & gracious manner. Bob cared about everyone. Talented & knowledgeable, he was a great lawyer, terrific TV talent & caring man. So sorry Lynn, Dominic & Bob jr

He said that he became involved in local news in 1985 with Channel 8.

“I did a video on how to get out of jail, how to find a lawyer and what to do when you’re in an accident,” he said. “I had a segment called ‘Legal Ease.’”

Asked if he ever cut his hair, he replied: “No. Not even a little bit. People don’t know my name but they see the hair and say, ‘I recognize you from TV.’ It’s sort of become my brand, I guess.”

Massi also wrote a book, published in 2007, titled “People Get Screwed All the Time: Protecting Yourself from Scams, Fraud, Identity Theft, Fine Print, and More.”

A website for “Bob Massi is the Property Man” says the program “brings viewers important analysis and answers on the real estate and housing markets,” and that Massi provides “invaluable insight and expertise” on market trends.

The show launched in 2015. It wasn’t immediately clear whether it was still in production.

The general manager of FOX5 and a spokeswoman for Fox Business Network did not immediately respond to requests for comment Wednesday.