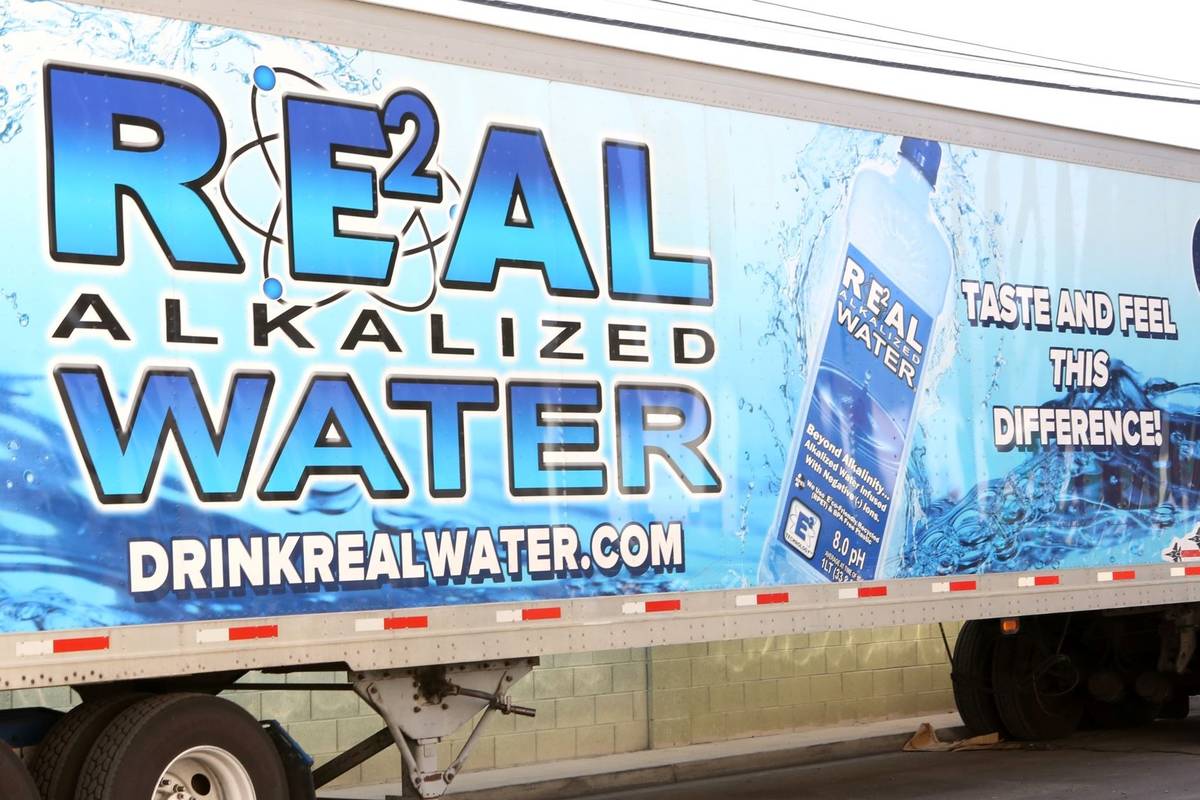 At least seven lawsuits filed on behalf of almost 40 people since last week, when the Food and Drug Administration announced an investigation into the bottled water company, point to a rash of hospitalizations that date back nearly five years. The mounting litigation includes a federal class-action complaint lodged Monday.

One of the complaints, filed Friday by the Kemp Jones law firm, identified three dogs — Moosey, a 3-year-old golden retriever, Buckley, a 13-year-old Chihuahua, and, Joey, a 13-year-old miniature pinscher — who died late last year after drinking the water. Joey’s sister, Phoebe, “has an extremely enlarged liver after drinking Real Water and is dying,” the suit states.

“It just shows how toxic this is,” attorney Will Kemp said. “A consumer would not expect that bottled water would kill their dog.”

One man made 10 visits to the emergency room and lost 70 pounds in 2016 after purchasing the water and having it delivered to his home.

Kemp, who represents at least 30 people who suffered various medical problems after drinking Real Water, said Friday that he planned to file more complaints next week.

“I expect some of the plaintiffs will be able to prove that they had miscarriages caused by the toxic water,” he said.

On Monday, a Clark County judge is scheduled to hear arguments on whether to send samples of Real Water to the FDA. The judge also could decide whether the company should turn over production records and preserve a tool known as an oxidation reduction potential meter for inspection.

Several people named in the litigation were on the verge of liver transplants, lawsuits allege, but recovered after they stopped drinking Real Water. One man was diagnosed with acute liver failure and underwent a transplant at UCLA’s Ronald Reagan Hospital. Many of the plaintiffs said they consumed the product in large quantities, as they had the water delivered to their homes in 5-gallon jugs and smaller bottles.

A complaint Kemp lodged Thursday named six plaintiffs, including one man who was hospitalized three times in November after drinking Real Water.

The attorney said a defective tool used to find the ability of water to break down and cleanse contaminants could have resulted in toxins in the water.

Last week, the Southern Nevada Health District and the FDA announced an investigation into illnesses that could be linked to alkalized water. In a video statement on Real Water’s website, company President Brent Jones, a former Nevada legislator, said he was cooperating with the investigation.

But the FDA said Thursday that the company had not turned over records sought from facilities in Henderson and Mesa, Arizona.

Real Water, which was sold across the Southwest, was marketed as “alkalized water infused with negative ions” and touted on its label as “the healthiest drinking water available.” The FDA has now warned consumers, restaurants and retailers not to drink, cook with, sell or serve the product.

A lawsuit filed Wednesday pointed to a 5-year-old girl’s liver malfunction, saying she was “lucky to be alive” after she was airlifted to a special children’s hospital in Salt Lake City.

In another suit, UFC Hall of Famer Stephan Bonnar claimed he suffered liver failure and was hospitalized for five days after drinking Real Water.

The FDA and Jones have called for retailers to pull the product from shelves.