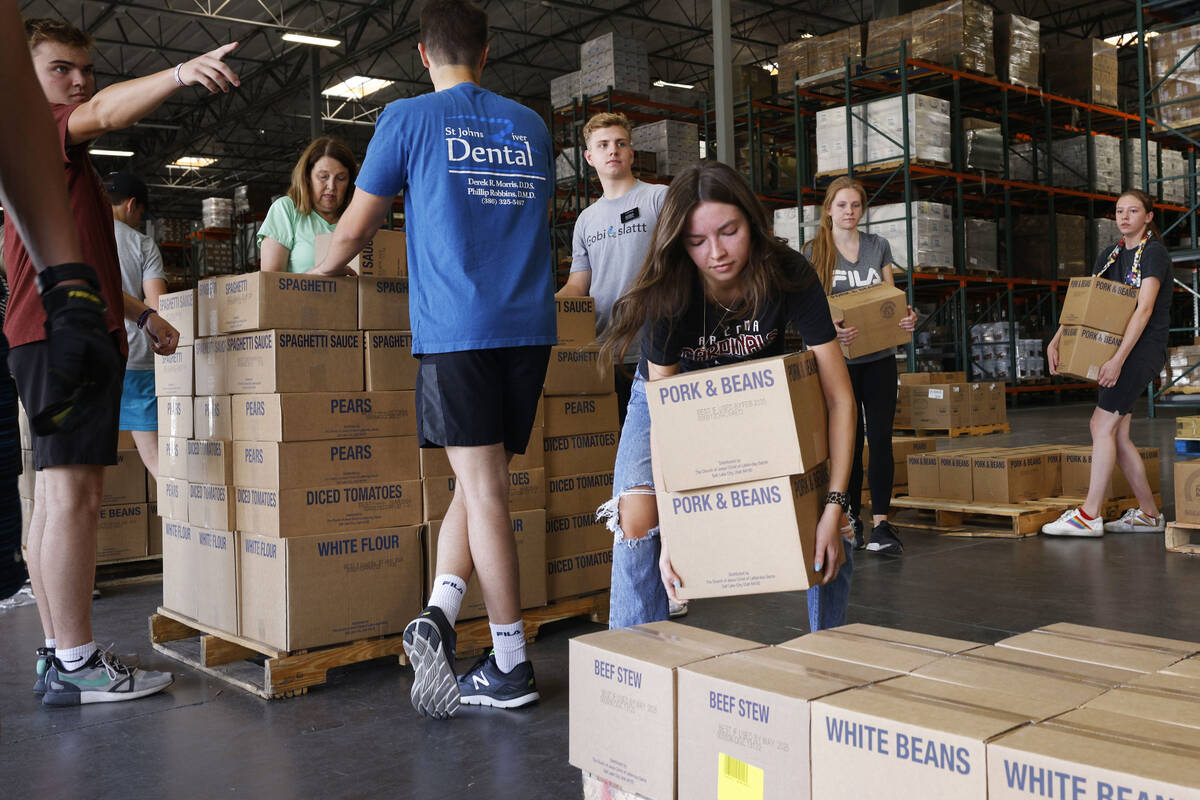 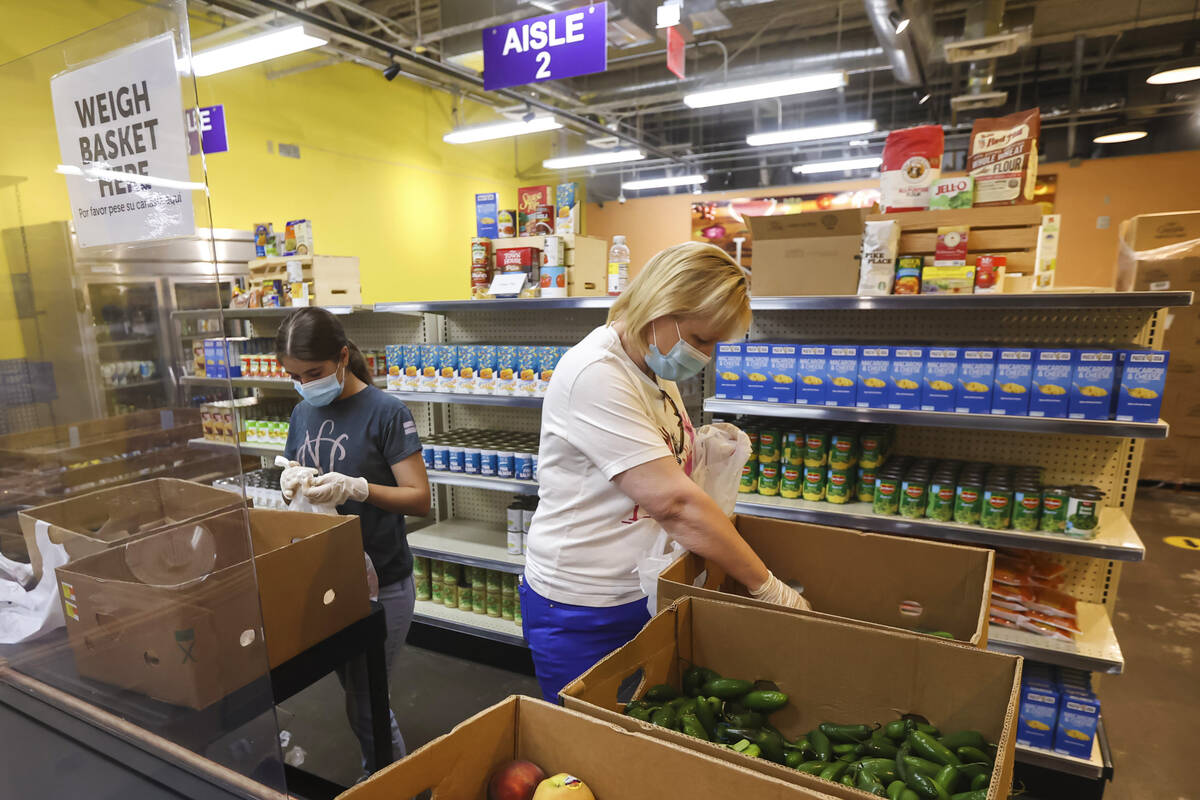 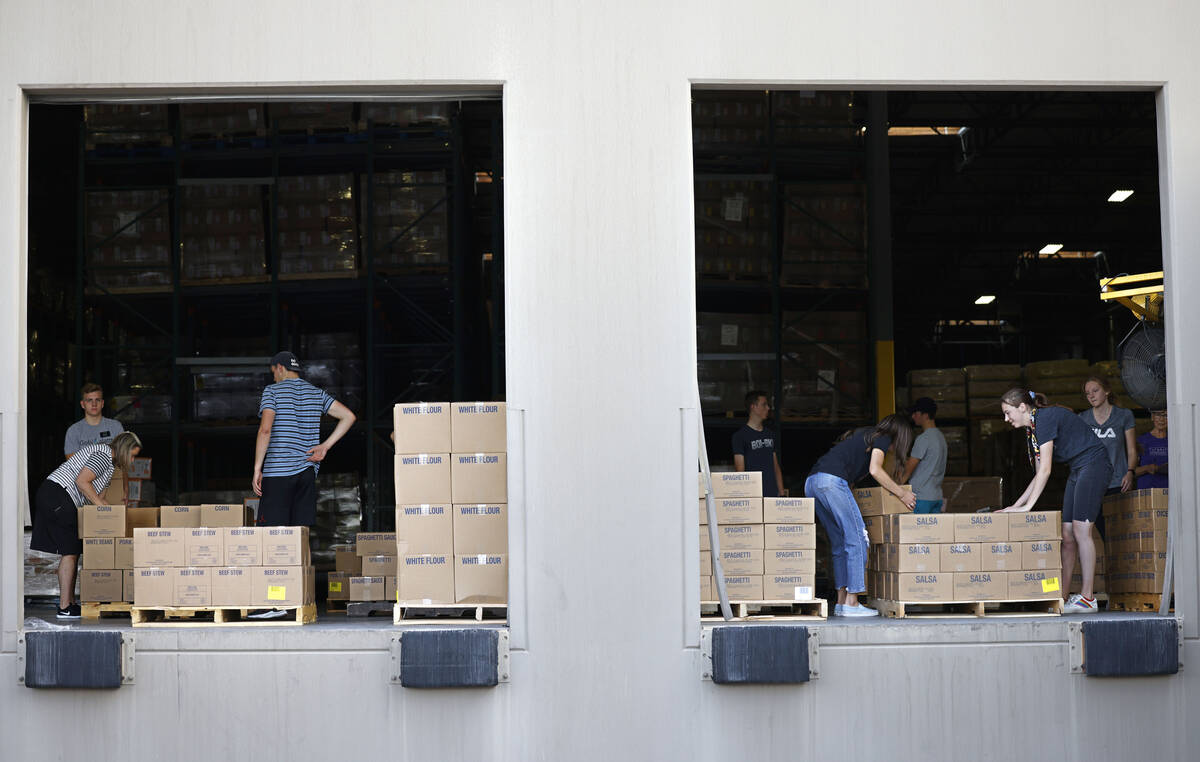 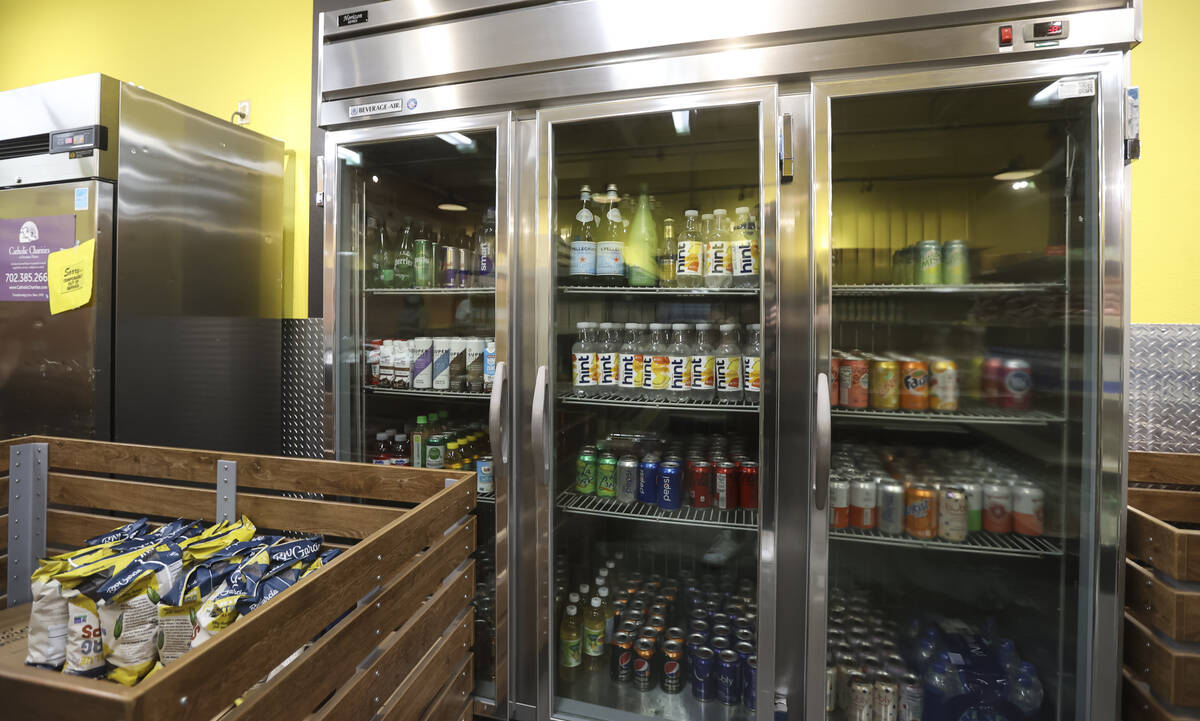 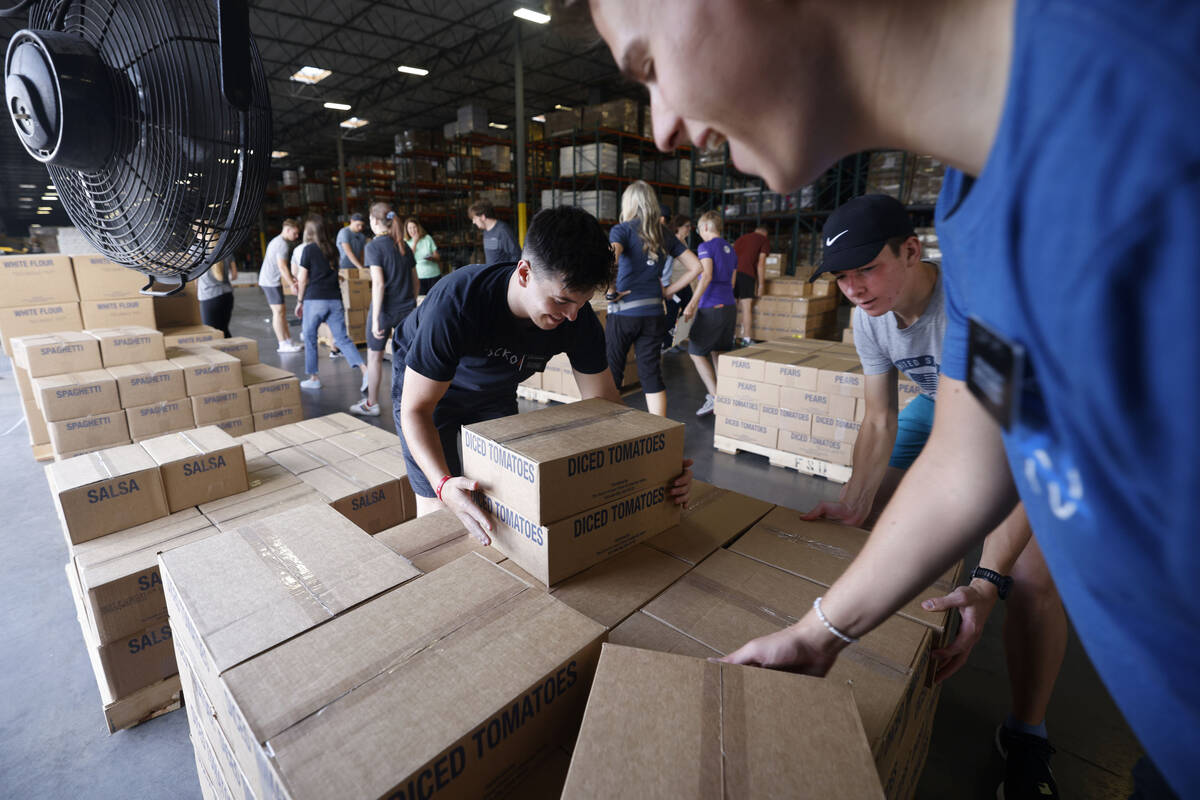 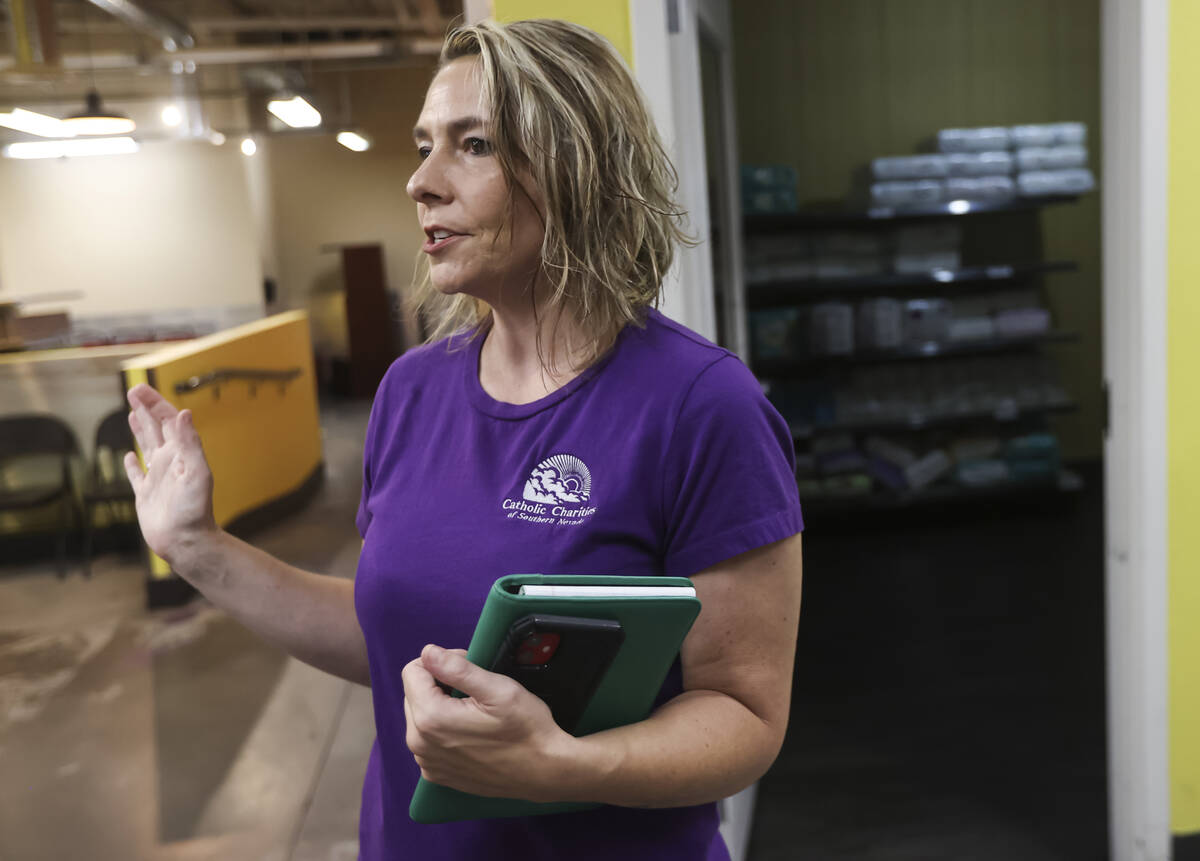 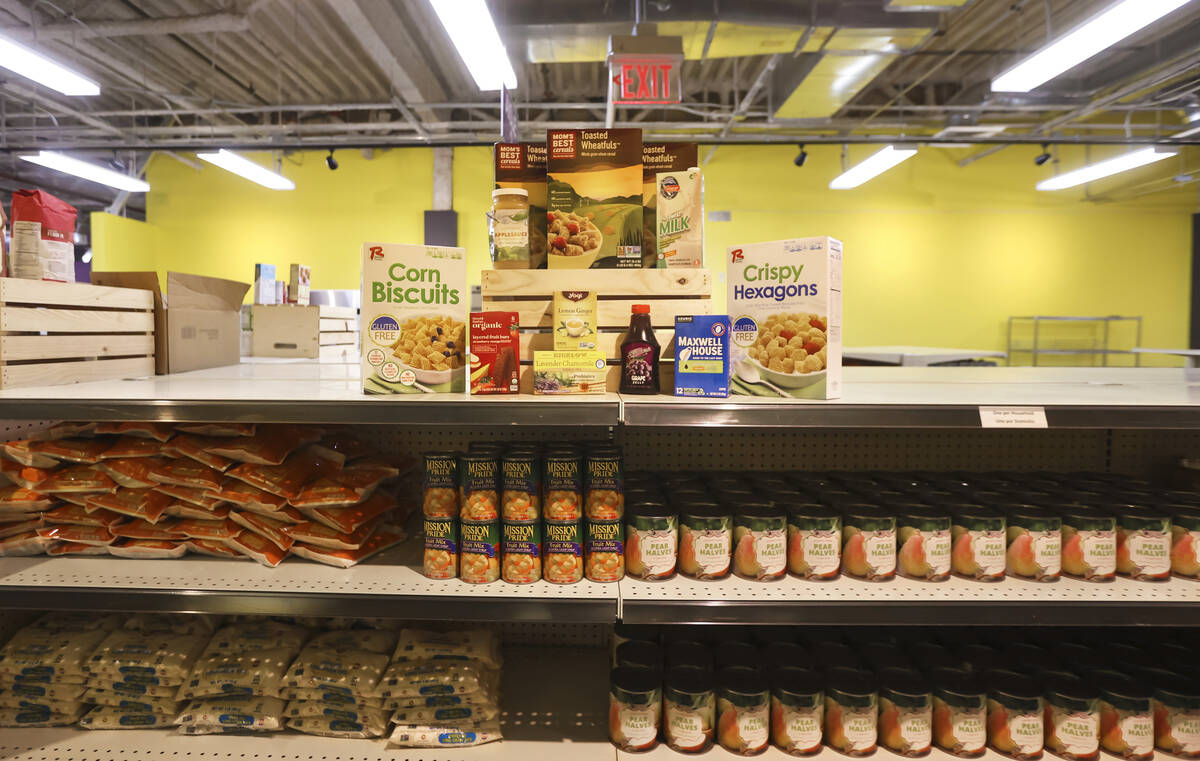 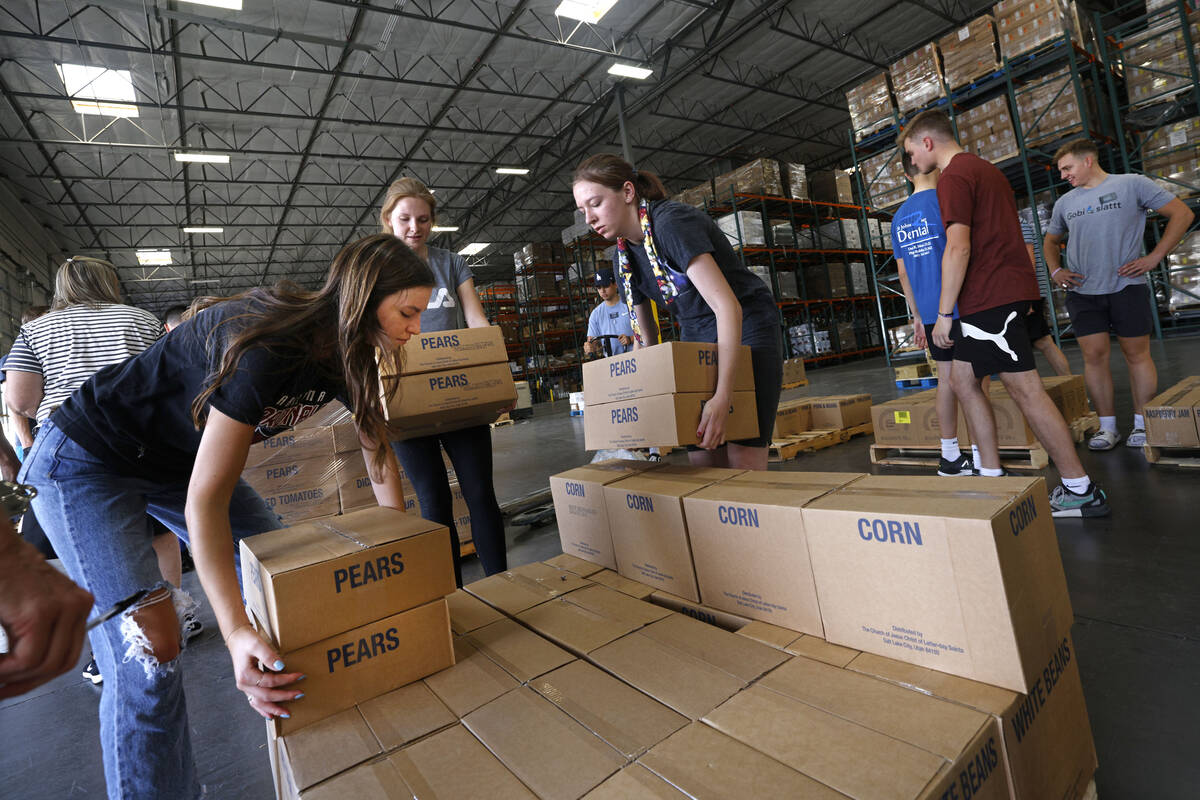 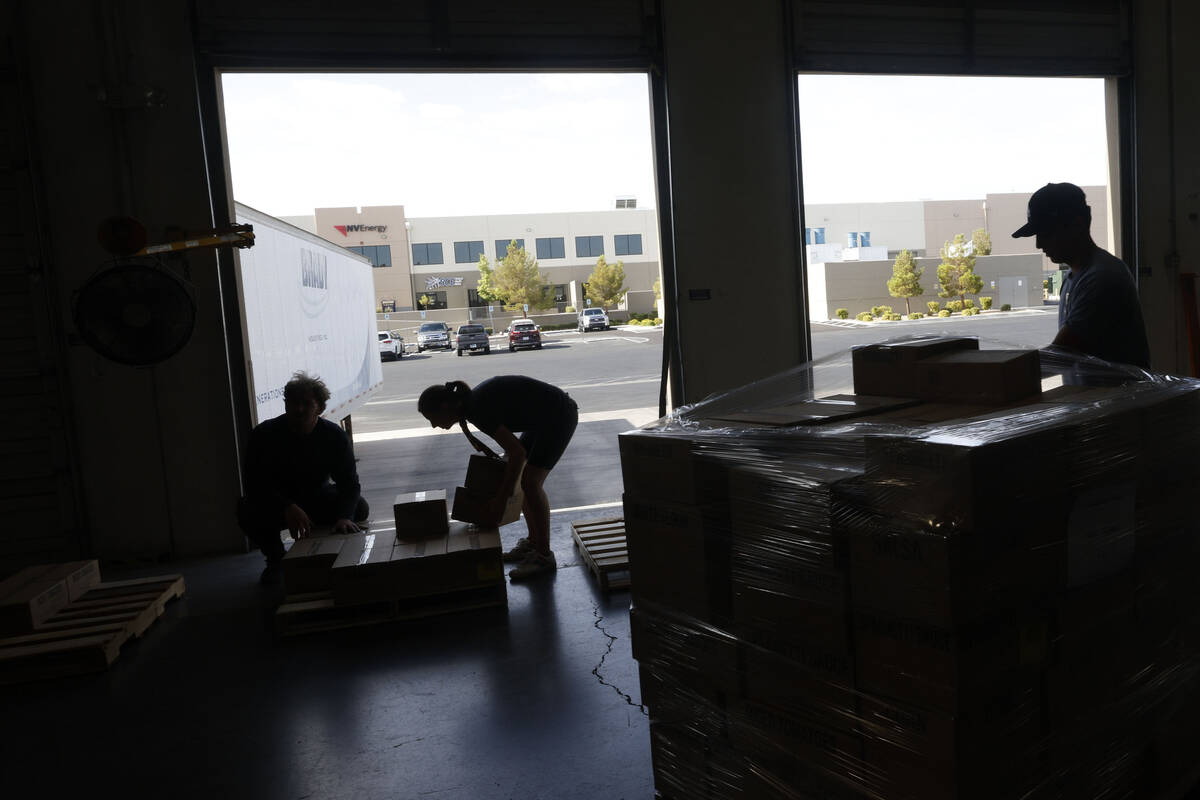 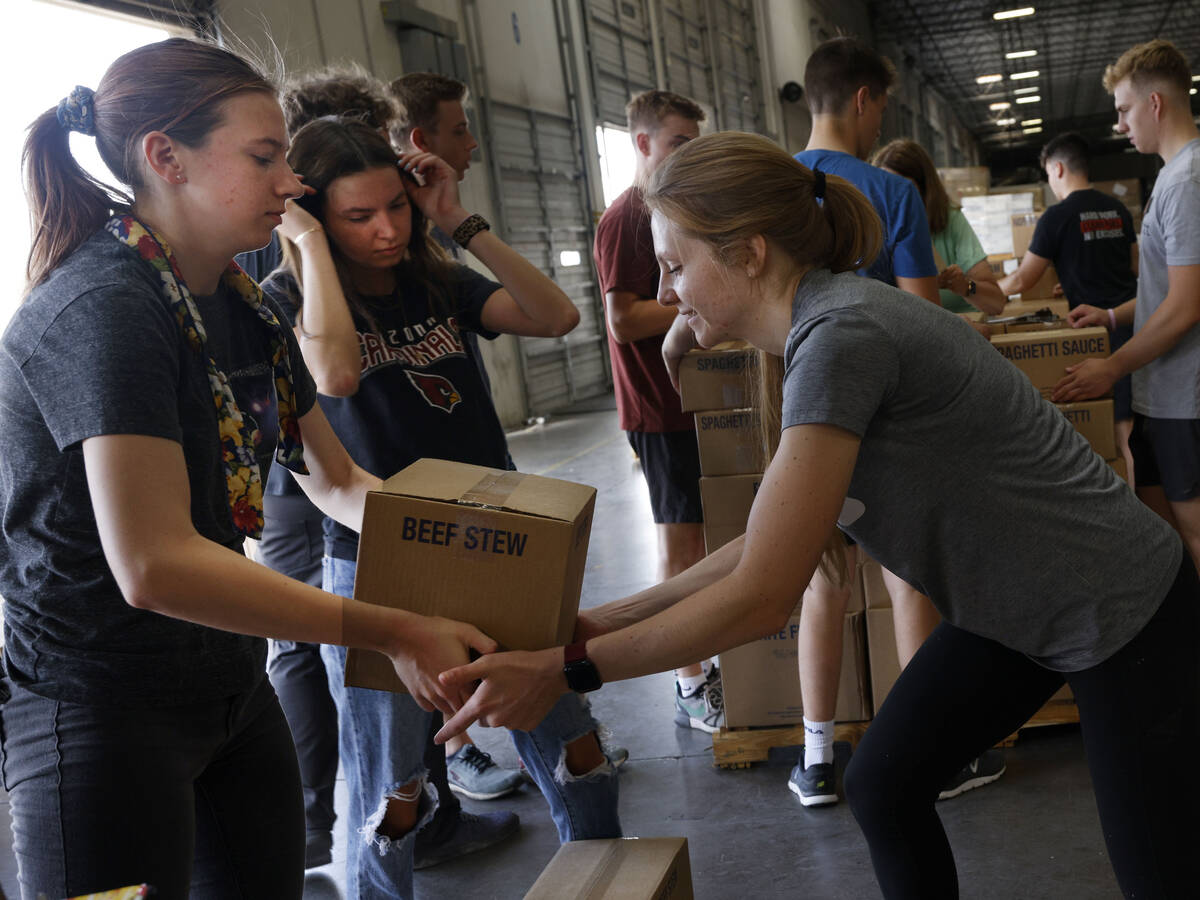 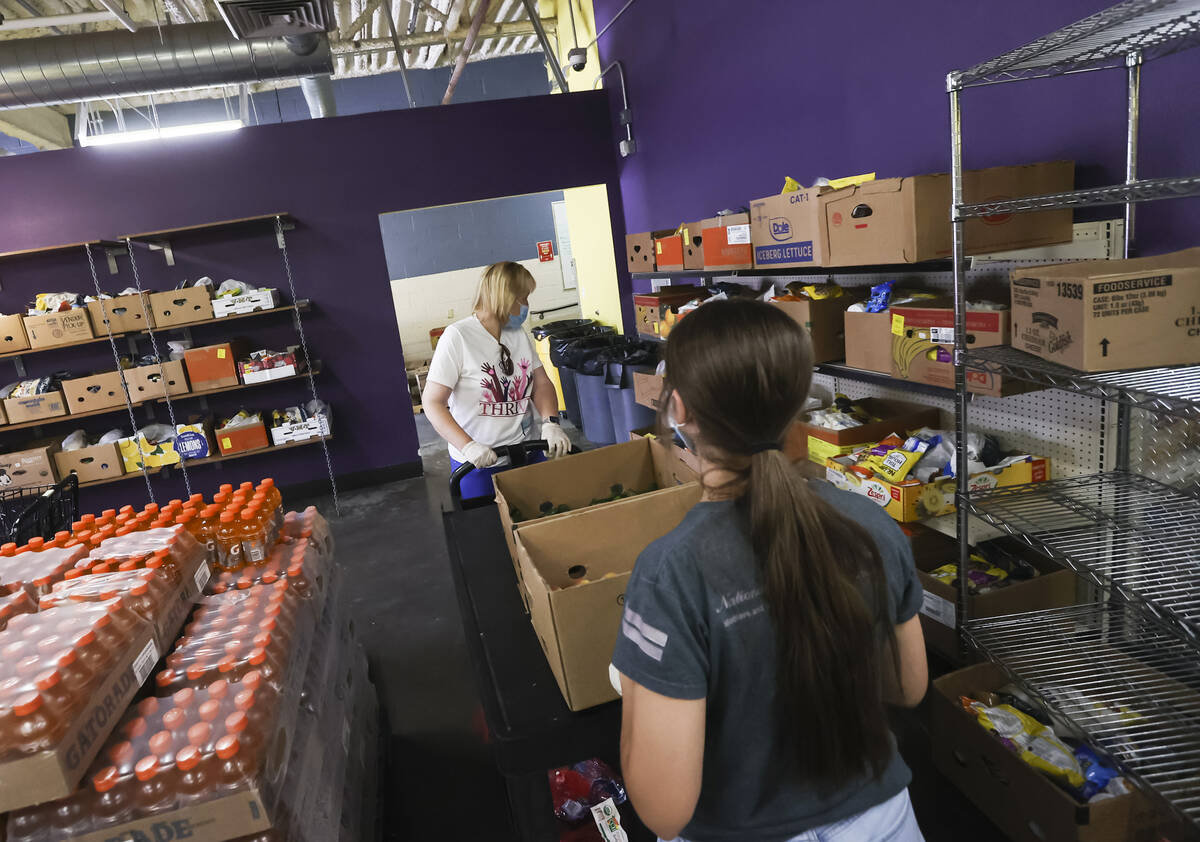 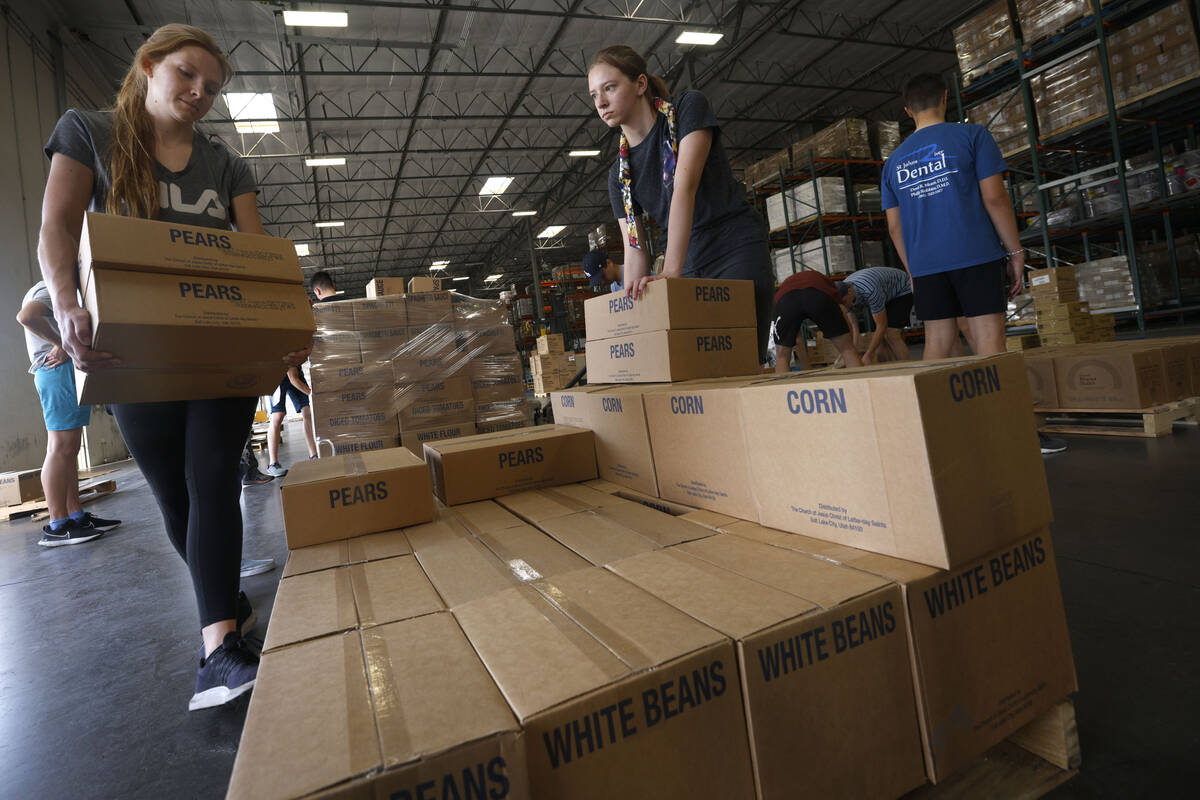 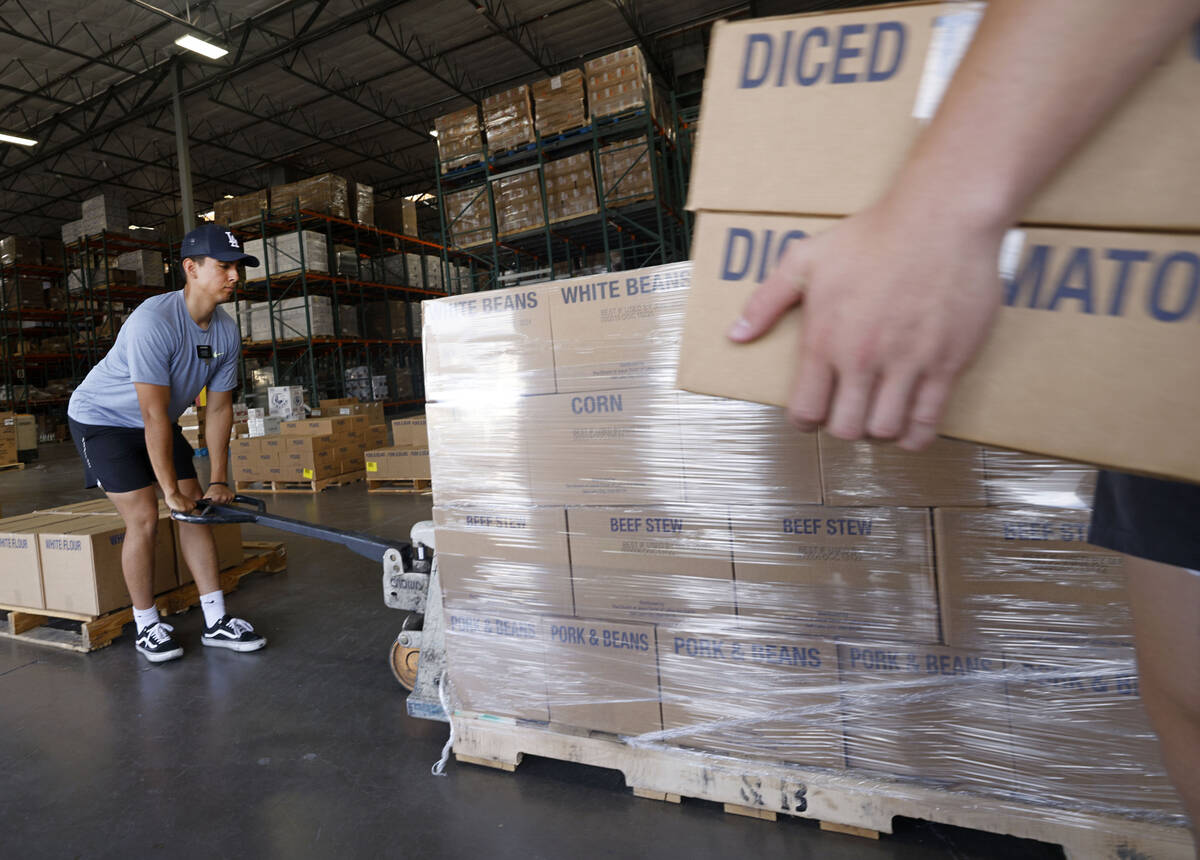 Volunteer Elder Jarim Medina, 19, from The Church of Jesus Christ of Latter-day Saints, moves a block of food donations to a truck after sorting them, Friday, July 22, 2022, at Brady Industries in Las Vegas. (Chitose Suzuki / Las Vegas Review-Journal) @chitosephoto 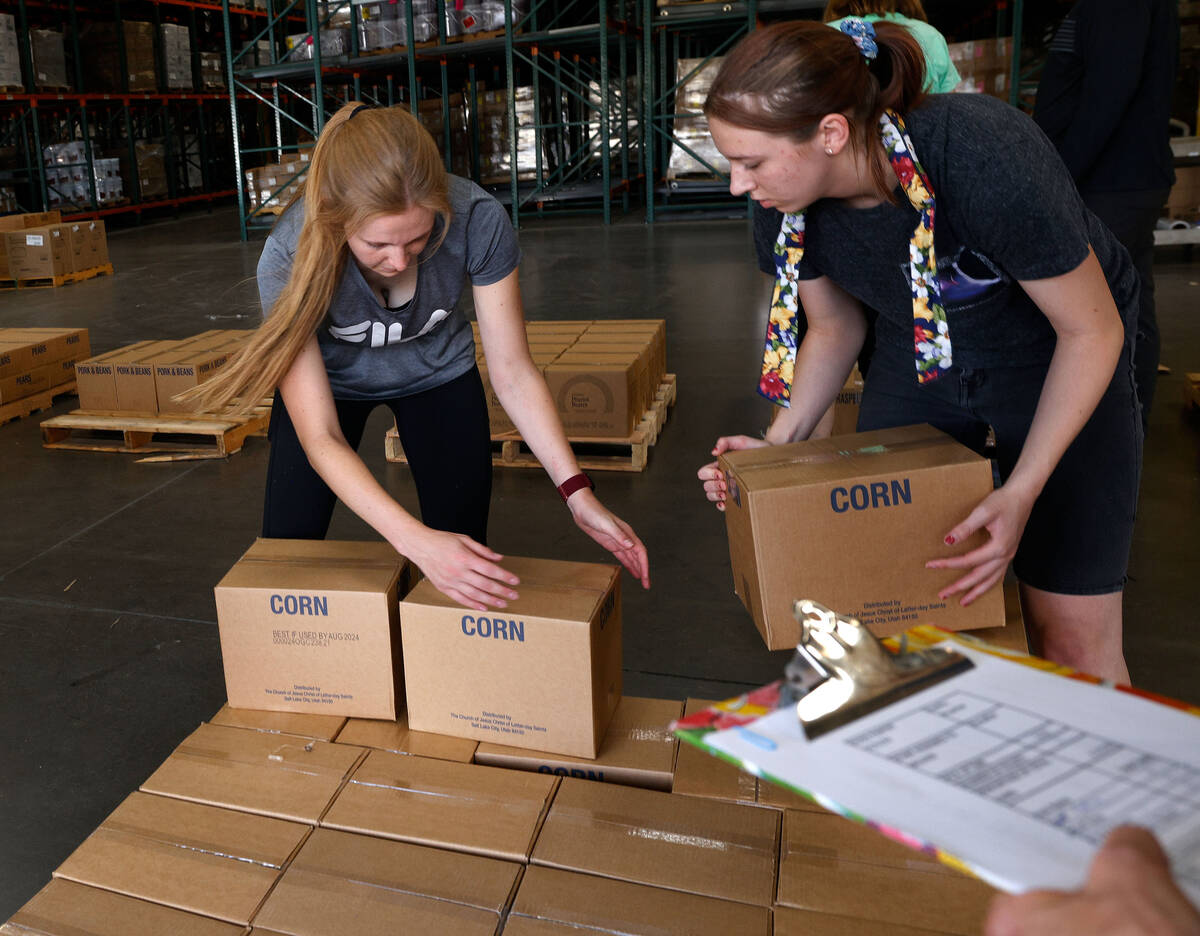 More people are turning to food pantries as Las Vegans feel the pinch of inflation.

Nonprofits, religious organizations and other agencies saw between a 5 percent and 15 percent jump in food pantry utilization between the first and second quarters of 2022, according to Three Square Food Bank, Southern Nevada’s Feeding America affiliate.

About 340,000 Southern Nevadans were experiencing food insecurity at the start of the pandemic. Now, with the costs of food, energy and rent rising at a historic pace, many other middle- and low-income Americans are turning to charitable support to offset costs.

The last national inflation report showed that consumer prices jumped by 9.1 percent in June, one of the largest price increases since 1981. Food prices nationally increased by 10.4 percent in June, according to the report released by U.S. Bureau of Labor Statistics.

Inflation is what brought Las Vegas resident Andru Hardy to the food pantry at Catholic Charities of Southern Nevada, where he has received food support for himself and his daughter for about a month. He said he hasn’t been able to find a job that can cover rent and food costs. Savings from a pantry visit offset bills and costly fuel fill-ups.

“Sometimes we have to put our pride aside and work together as a community in order to overcome the obstacles that life throws at us,” Hardy said.

Hardy isn’t alone. Catholic Charities officials said they’ve seen a nearly 100 percent increase in traffic at the pantry, where most people first access the nonprofit’s services. There also has been a 75 percent increase in new clients in 2022 so far, Chief Operating Officer Steve Schmitt said.

Vic Caruso, director of the City Impact Center, said his nonprofit’s food pantry typically serves 300 to 350 families per week — many of them “underemployed.” Recent weeks have had close to 500 households seek their monthly allotment of produce, meat, dairy and other staples.

“If you’re already living on a budget, you’ve got nowhere to go. There’s no recovery,” Caruso said. “We have a lot of people now, they tell us that their dollar isn’t going far enough.”

Food pantries started to see some relief in the later half of 2021 — though still operated at rates above pre-pandemic levels — as people returned to work and there were fewer COVID-related disruptions. Then, federal programs that dispersed commodities to help address food insecurity during the pandemic waned. But demand crept up with inflation, leaving the nonprofits to deal with procuring food at higher prices all while some businesses scale back their in-kind donations.

“Then 2022 came and all of the sudden, you’ve got this massive need that’s starting to spike up but not that amount of support that we’ve had in the past few years,” said Regis Whaley, director of advocacy and research at Three Square.

The persistent demand led the Church of Jesus Christ of Latter-day Saints to continue pantry support for about 40 community and faith center-based pantries.

Volunteers in the Las Vegas area began receiving food donations from the church’s charitable arm in Salt Lake City during the first lockdown. They expected to stop in July 2021, interfaith specialist Keith Thomas said. But an upsurge in late 2021 kept them from discontinuing the deliveries.

The church continues to ship truckloads of nonperishable food for small pantries, in addition to nonperishables, dairy and meat produced donated to Three Square. A shipment expected Thursday will mark a million pounds of food donated to the region since May 2020.

“I don’t see that demand decreasing anytime soon,” Thomas said. “As long as inflation continues like it is, people are going to continue coming to food pantries.”

The popular Seven Magic Mountains art installation in the desert south of Las Vegas keeps getting marred by graffiti , and John Henderson and his team keep cleaning it up.