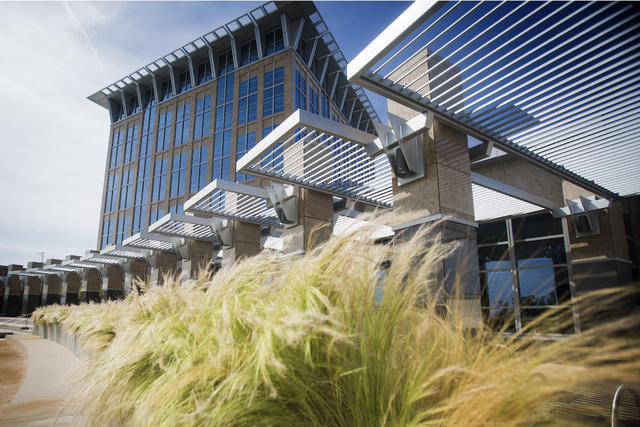 Sandra Douglass Morgan will step down Aug. 18 as city attorney in North Las Vegas, setting off a statewide search for her replacement, city officials announced this week.

Morgan was hired as a deputy city attorney in 2008, and promoted to her current role in 2013.

As city attorney, Morgan earned about $175,000 annually, plus $85,000 in benefits, city spokeswoman Delen Goldberg said. It was not disclosed where Morgan is going to work next.

Chief Deputy City Attorney Bethany Rudd Sanchez, a 10-year veteran worker in North Las Vegas, will temporarily serve as city attorney. Sanchez earns about $133,000 a year, plus $70,000 in benefits, but Goldberg said that it’s standard for employees to receive a 5 percent salary bump when taking on temporary director roles.