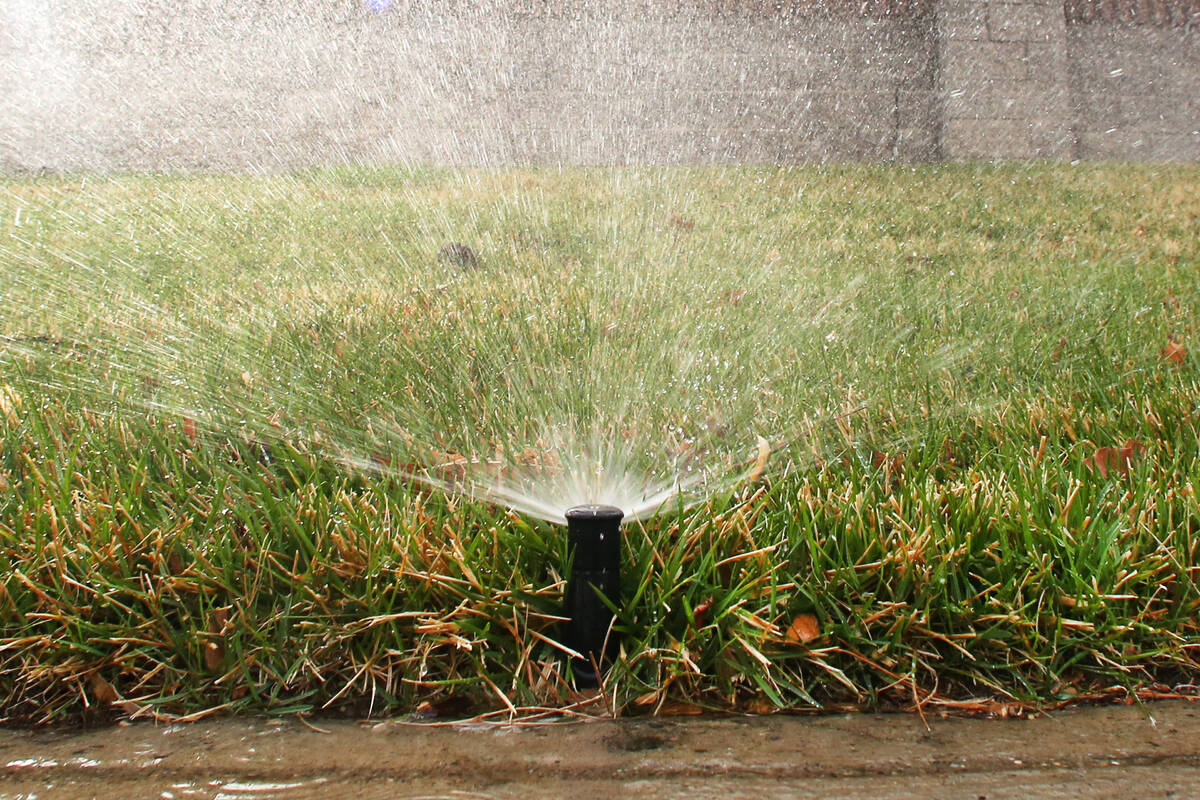 A sprinkler is on to water grass at Green Valley Parkway on Tuesday, March 5, 2019, in Henderson. A new water rate structure that will impose hefty levies on the valley’s biggest residential water users was approved Tuesday by a Southern Nevada municipal water board. (Bizuayehu Tesfaye Las Vegas Review-Journal) @bizutesfaye 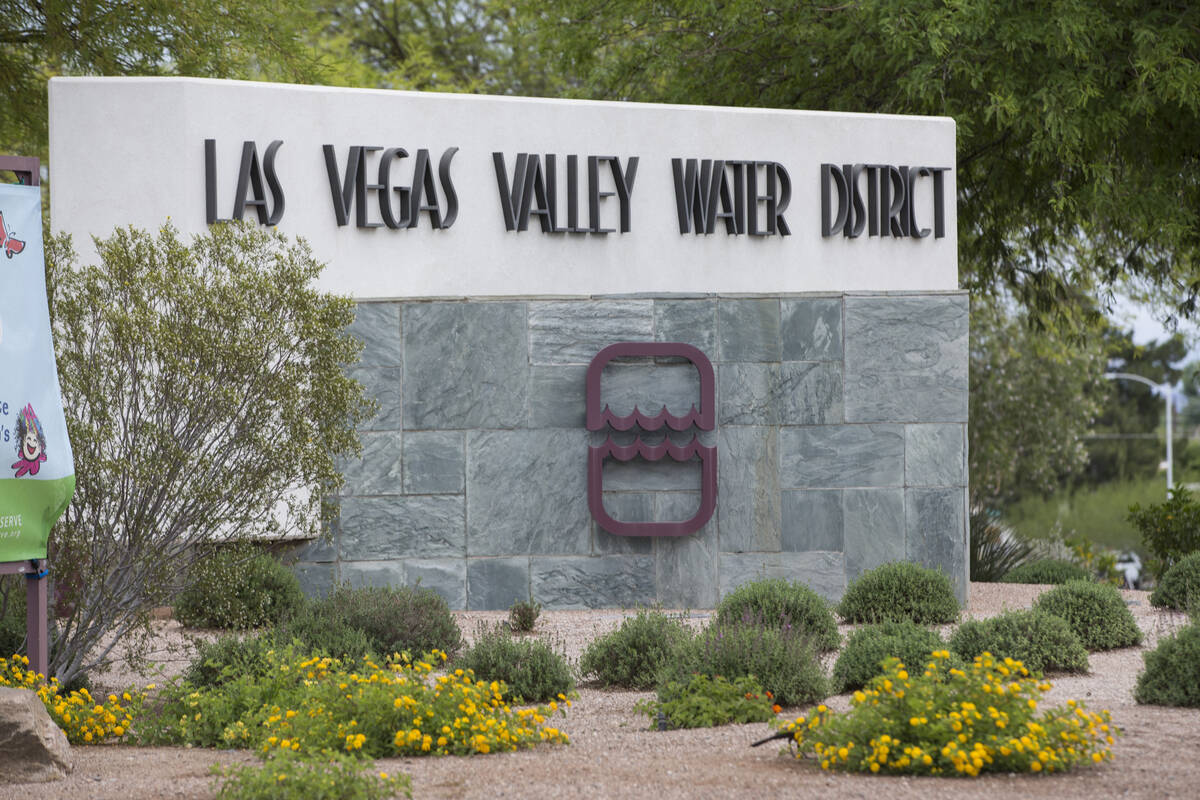 The changes, which were approved unanimously by the Las Vegas Valley Water District board, include a new excessive use fee targeted at the top 10 percent of residential water users in the valley and an equalization of current water rate tiers so that all residential customers will pay the same rate per 1,000 gallons, regardless of the size of their water meters.

John Entsminger, the water district’s general manager, said rate changes will lead to water bills going up $200 to $300 for those in the top 10 percent. And for the very top water users, about 1 percent, who consume hundreds of thousands of gallons each month, that increase is likely to be in the thousands of dollars.

The goal, Entsminger said, is to encourage those customers to change their behaviors and help the valley conserve more water amid the worsening western drought that has sent lakes Mead and Powell to historically low levels.

“We continue to have segments of the community that have pretty high, intensive outdoor water use,” Entsminger told the district’s board of directors Tuesday. “We think today’s measures are really aimed at enhancing the current rate structure so that the excess use charge is for really the top decile of water users within the community.”

The changes will go into effect on Jan. 1. for water district customers. The water district covers about 70 percent of residents in Southern Nevada, including the city of Las Vegas, unincorporated Clark County, Blue Diamond, Kyle Canyon, Laughlin and Searchlight.

“The excess use charge won’t affect the bottom 90 percent of customers,” Entsminger said.

The tier equalization will affect substantially more customers but on a far smaller scale for most of them.

Starting next year, all single family homes will fall under the existing tier for the smallest, 5/8-inch water meter users. That means all customers, regardless of their meter size, will pay the same costs for the same amount of water.

About 52 percent of the district’s customers have a 5/8-inch water meter. About 43 percent are on the next size up, or 3/4-inch meters, and most of those customers will see small increases in their bills, Entsminger said, while those on 1-inch meters could see larger changes.

But for those on larger 1.5- or 2-inch meters, who represent less than 1 percent of the district’s customers, the tier changes and excessive use fees together could result in water billsseveral thousands dollars more per month in the summer if they don’t change their watering behavior, Entsminger said.

The rules changes are expected to generate as much as $25 million in new revenue in the first year. But Clark County Commissioner Michael Naft said the motivation isn’t to generate more fees.

“The goal of this would be to reduce water consumption, not bring in revenue,” Naft said. “I think people will adjust their behavior, at least some.”

Kyle Roerink, executive director of the Great Basin Water Network, said the changes target those who can most afford the price changes, as well as those who can least afford to continue to ignore the water crisis while living in the desert.

“Focusing on the price of water is one of the best ways that we can conserve, and this should send a strong signal throughout the West that business as usual is no longer acceptable,” Roerink said.

Entsminger underscored the need for further water conservation during Tuesday’s meeting, noting recent projections from the Bureau of Reclamation that show the water level at Lake Mead could fall below 1,000 feet by August of 2024.

The Department of Interior has tasked the seven states that draw from the Colorado River, which supplies about 90 percent of Southern Nevada’s water, to work together to reduce overall water use by as much as 30 percent. The states thus far have failed to come to any such agreement.

“So the message for Nevada is that we need to continue to be capable of taking care of ourselves,” Entsminger said.