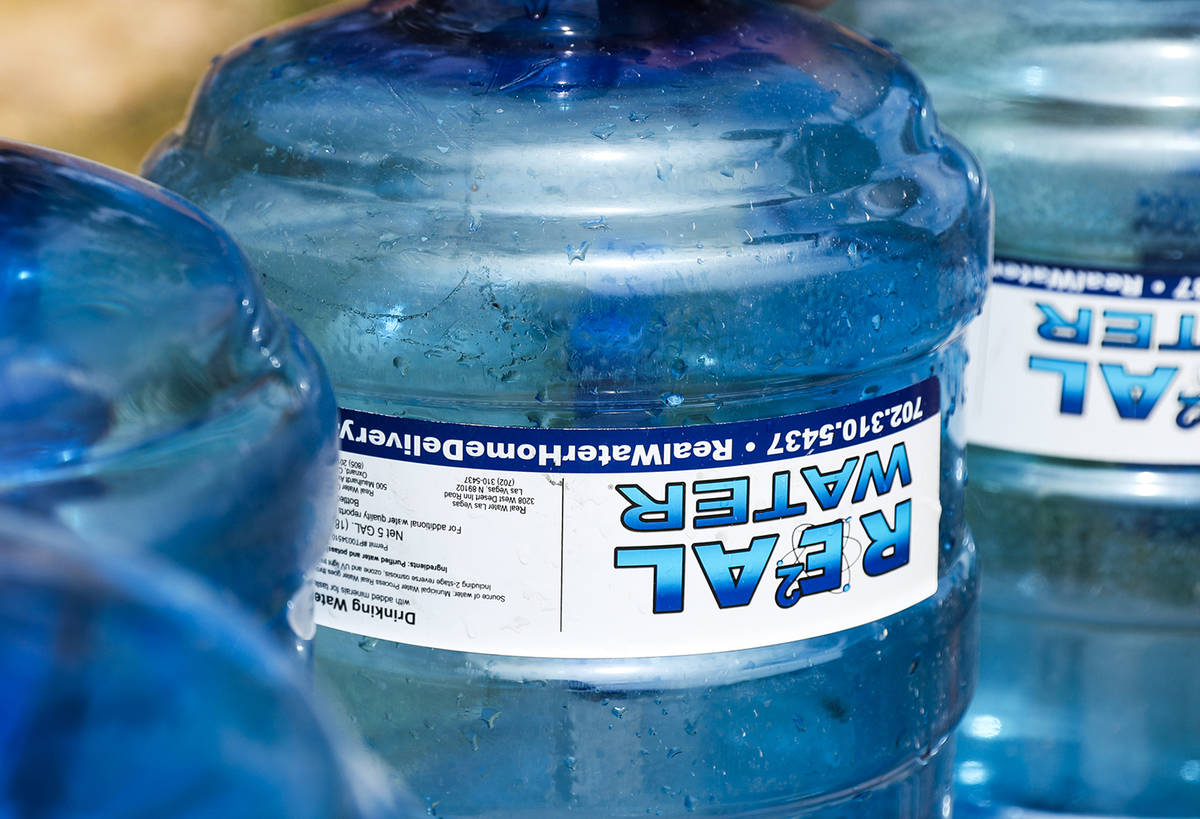 As of Friday, March 26, 2021, at least seven lawsuits had been filed against locally bottled Real Water, the focus of a Food and Drug Administration investigation.

A lawyer for Las Vegas-based Real Water told a judge on Monday that he could not find the company’s plant manager or lead technician in the midst of a Food and Drug Administration investigation into severe illnesses linked to the bottled water.

During a brief teleconference hearing, attorney Charles LoBello asked District Judge Elizabeth Gonzalez for at least a week to track down the employees.

“There has been difficulty getting ahold of them,” LoBello said.

Real Water owner Brent Jones, a former Nevada legislator, has said that he was cooperating with the investigation being led by the FDA and the Southern Nevada Health District. But the FDA, which issued a Real Water recall, said last week that it had not been provided with requested records from the company’s facilities.

In a phone call to the Las Vegas Review-Journal on Monday, another Real Water attorney, Laura Ungaro, defended the company’s efforts.

“I can’t imagine how they could say we’re not cooperating,” said Ungaro of Craig Mueller & Associates. “We’ve done everything but stand on our heads for them. Anything and everything they want, we’ve made available to them.”

Asked if the company had identified any problems with the water, Ungaro responded, “The assumption you’re making is that Real Water may have done this, and we’re not sure that’s the case.”

The judge, meanwhile, allowed plaintiffs in one of several lawsuits to turn over sealed 5-gallon jugs of the water to the FDA for inspection. The jugs had been delivered to their homes.

Gonzalez also asked the company’s attorney to turn over a water testing tool so it could be preserved for observation.

Plaintiffs attorney Will Kemp said he wanted to inspect “a critical piece of evidence” — what’s known as an oxidation reduction potential meter — that was used at the company’s manufacturing plants in Henderson and Mesa, Arizona.

“They knew four days ago we were chasing this meter real hard,” Kemp said after the hearing. “Why didn’t they just go bag it and tag it? That’s what I would have done.”

Kemp also said he found it “kind of concerning” that the plant manager and lead technician could not be found.

LoBello said he could not obtain the meter without tracking down the employees.

“I’m not sure how anything might be destroyed or how there might be alteration,” he told the judge.

During the hearing, Kemp pointed to a “super bad batch” of water produced in October. But in a series of lawsuits, including a federal class-action complaint, lawyers have tied Real Water to five years of liver illness in adults, children and pets.

“The whole manufacturing process is flawed in the first place,” Kemp said.

Gonzalez ordered the lawyers to report back at another teleconference hearing next week.