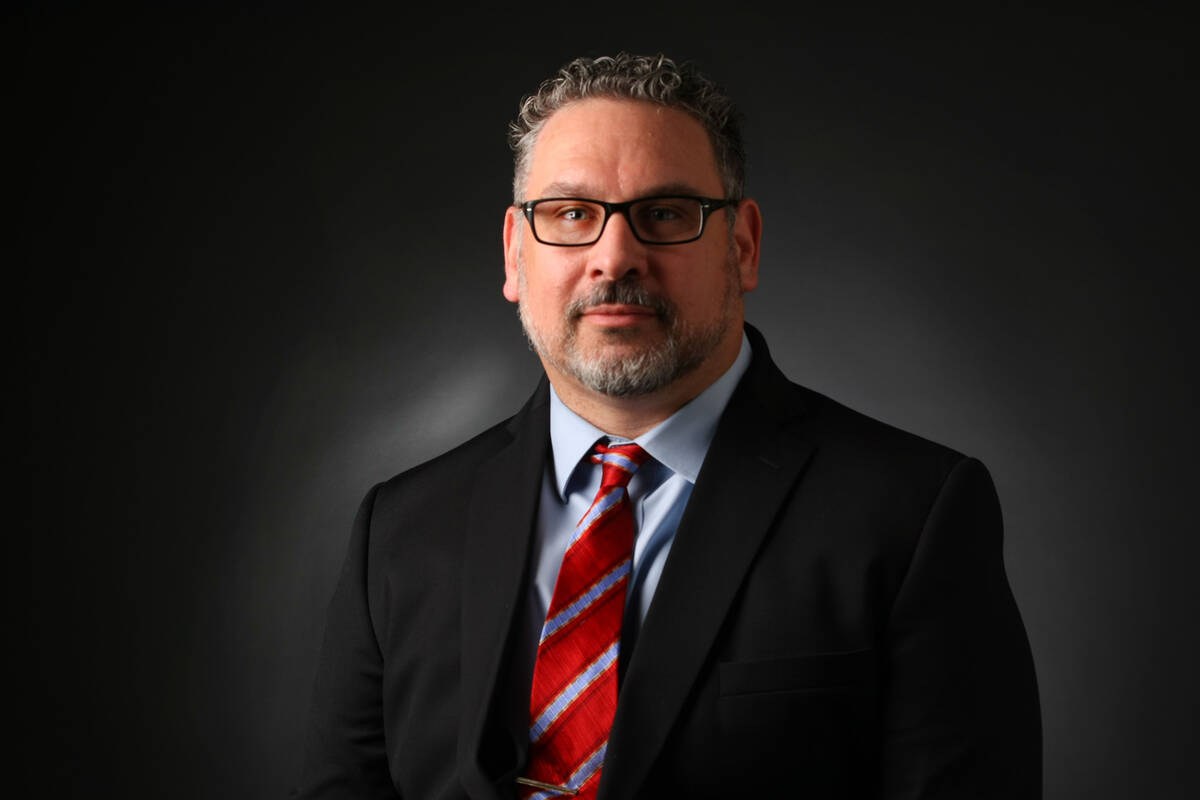 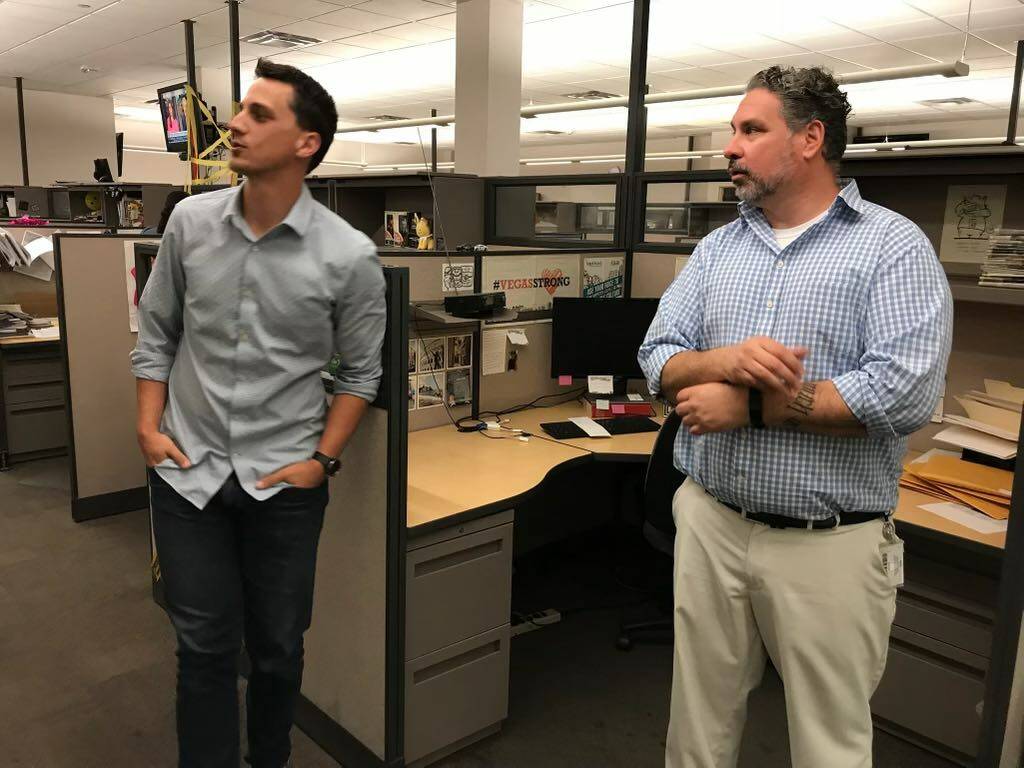 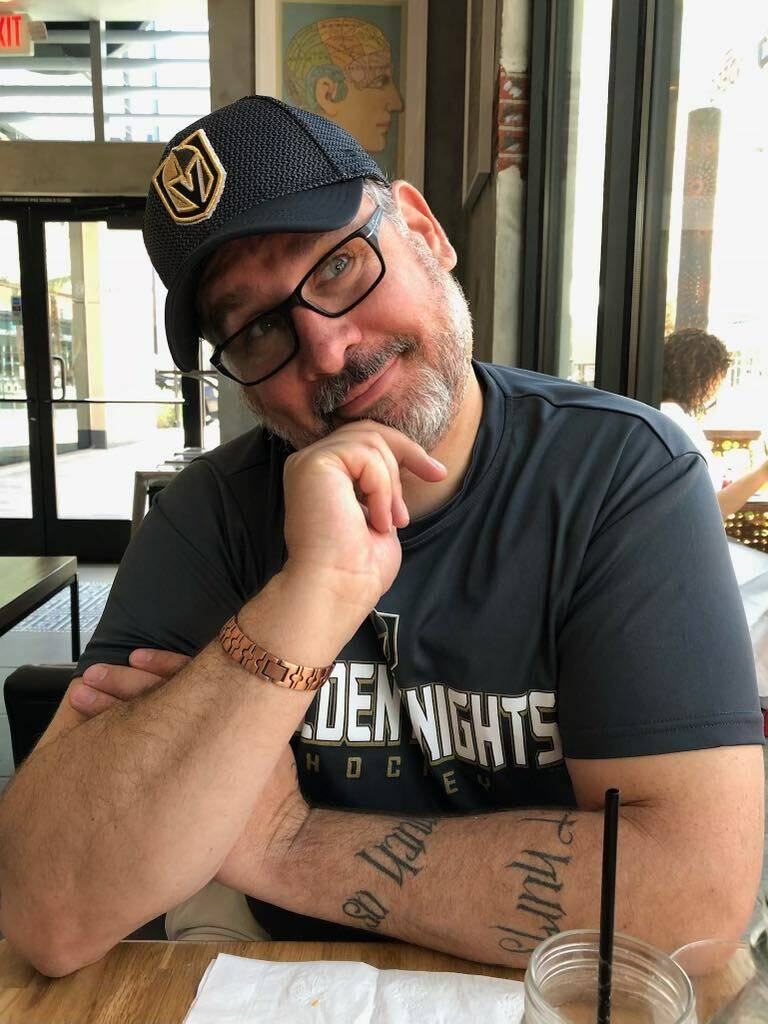 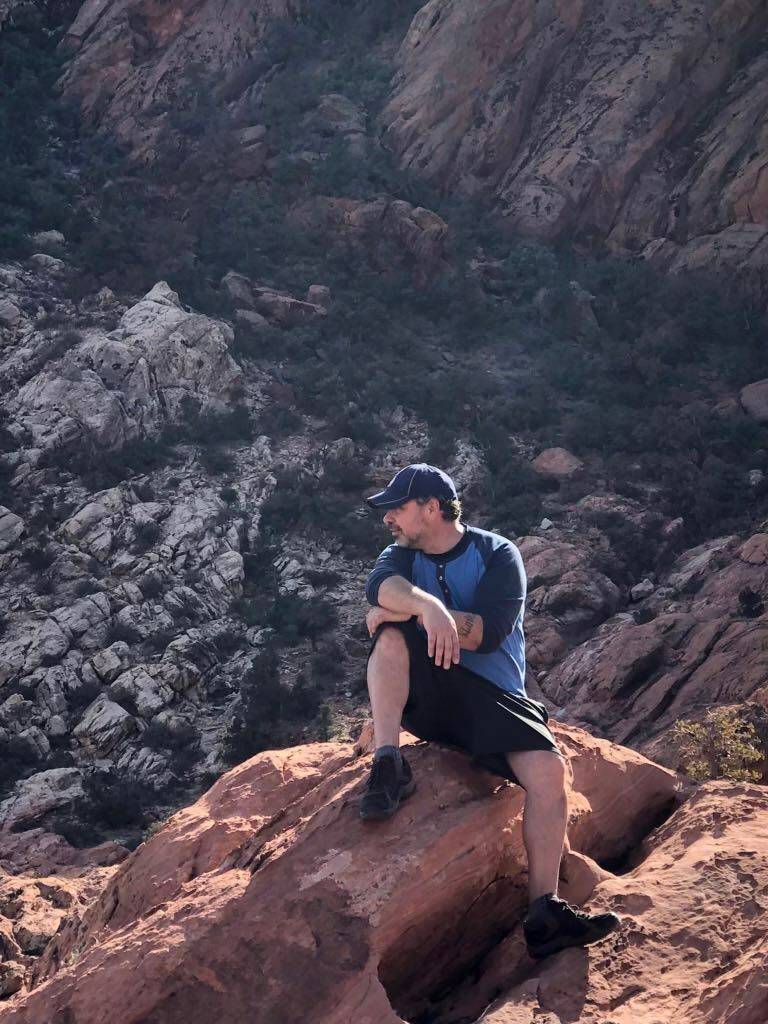 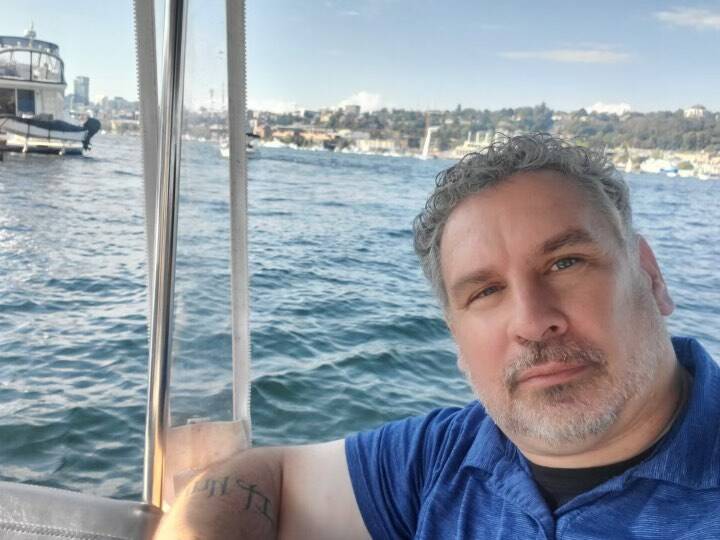 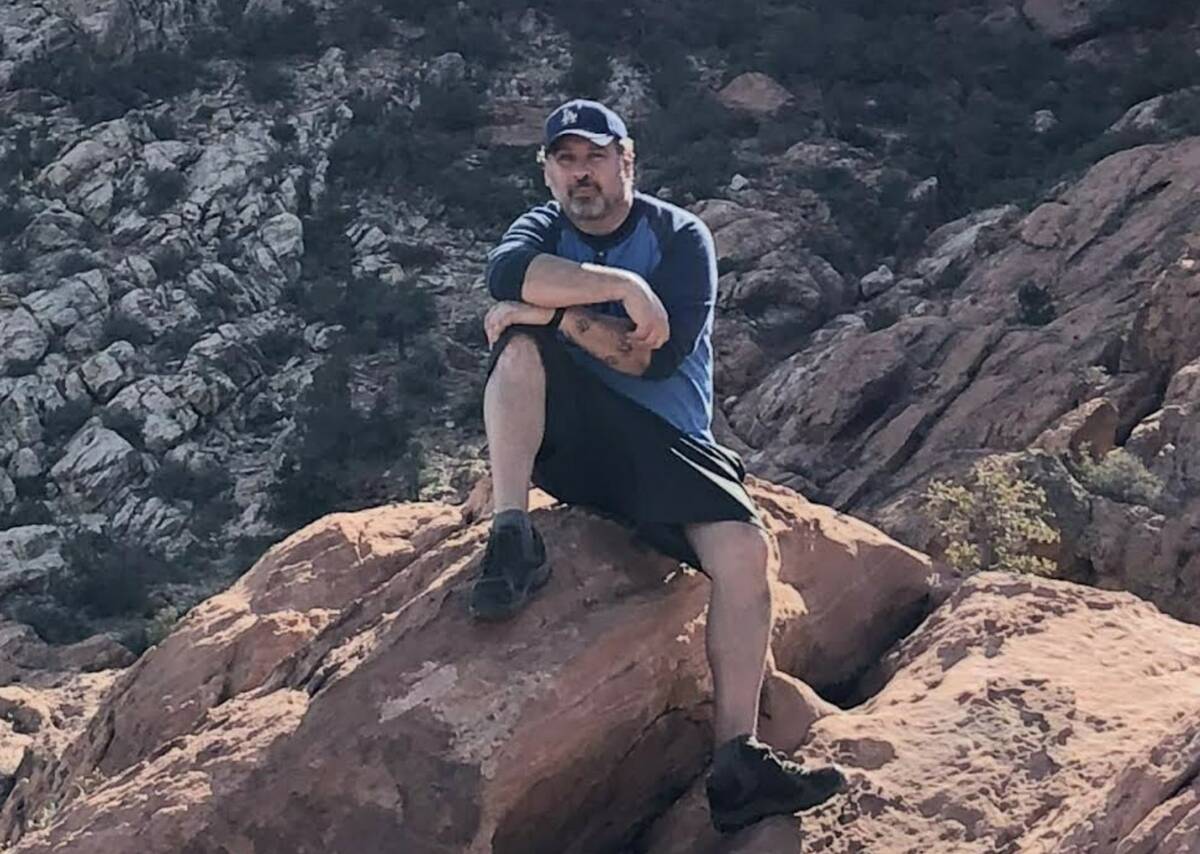 Rob Johnson, a former Review-Journal editor who led the newspaper’s efforts to identify the victims of the Oct. 1 shooting, died last month at the age of 48.

Soft-spoken with a penchant for dry humor, Johnson always delivered advice that his reporters needed to hear, often brief and biting, or in the form of a Post-it note.

Johnson’s daughter, Tatum Johnson, said she’d remember her father’s blue eyes and signature bear hugs, and that his sarcastic sense of humor lives on in each of his four children.

“We miss him so much and will keep his memory alive,” she said.

Johnson joined the Review-Journal as an assistant city editor in December 2016 after working for newspapers across California and in Colorado. He moved back to Washington, where he was born, in 2019 to serve as managing editor of the Puget Sound Business Journal.

During his time at the Review-Journal, Johnson spearheaded the effort to memorialize each of the initial victims of the Oct. 1 shooting, before their names had been publicly released by police. He also oversaw coverage of the closely watched 2018 midterm elections, where Republican incumbent U.S. Sen. Dean Heller lost his seat to Democratic Rep. Jacky Rosen.

Deputy Managing Editor Peter Johnson remembered him as an editor who made a big impression during the brief time he worked at the newspaper.

“Rob was a valued colleague, a good editor and a mentor to many of our young reporters,” he said.

With a soft voice that commanded the rapt attention of those around him, Rob Johnson also commanded deep respect among those that worked for him, with several former reporters referring to Johnson as the best boss they had ever had.

“He made you want to be better for him,” former local government reporter Shea Johnson said.

Reporters remembered Rob Johnson’s guidance for them as straightforward and to the point: “Leave out the boring parts.” “Shut up and write.” “Do it better.”

But he would also leave notes of encouragement, like one he left for former state government reporter Ramona Giwargis one day as she cried in the newsroom. Johnson left Giwargis the same advice that was tattooed across his forearm: “It hurts as much as it’s worth.”

“I never took it off my computer screen,” Giwargis said of the note.

“As I got to know him better and what a great guy he was, I really came to appreciate them … they showed that he cared about me,” Brunker said.

Friend outside of work

A craft beer lover and avid concertgoer, Johnson was the kind of boss who became a friend to many of his colleagues outside of work, the kind of friend whom two of his reporters would ultimately help move to Washington state.

Kimberly Johnson, who was married to Rob for 14 years, recalled the day that he returned home from work after covering the Oct. 1 shooting to tell her how proud he was of his reporters.

“He cared about his work and the people that he worked with,” Kimberly Johnson said. “He always made sure that everybody was taken care of. I loved that so much about him.”

That care also extended to the communities his reporters covered. In Las Vegas, Johnson advocated for readers by helping to launch panels during the election cycle where residents would come to the newspaper’s offices to talk about the issues at stake and float questions that they wanted the candidates to answer.

“I think it goes back to how inspiring he was,” Giwargis said. “He was able to convey his vision and execute it beautifully in Las Vegas. The city was better off for it.”

Rob Johnson passed away at his home in Federal Way, Washington. He is survived by his mother, Susan, his children Ashlynn, Tanner, Logan and Tatum, his granddaughter Bexley, his sister Denise and brother-in-law Derrick, his sister Barbara and his niece and nephews Melanie, Brandon, Luke and Juniper.

In honor of Rob Johnson, who loved baseball and the Philadelphia Eagles, guests have been asked to wear their favorite sports regalia, be it T-shirts, jerseys or baseball hats.

“I attribute more to him than any other boss I’ve had in making me a better journalist,” former Review-Journal investigative reporter Michael Scott Davidson said. “I’m gonna miss him. I do miss him already.”