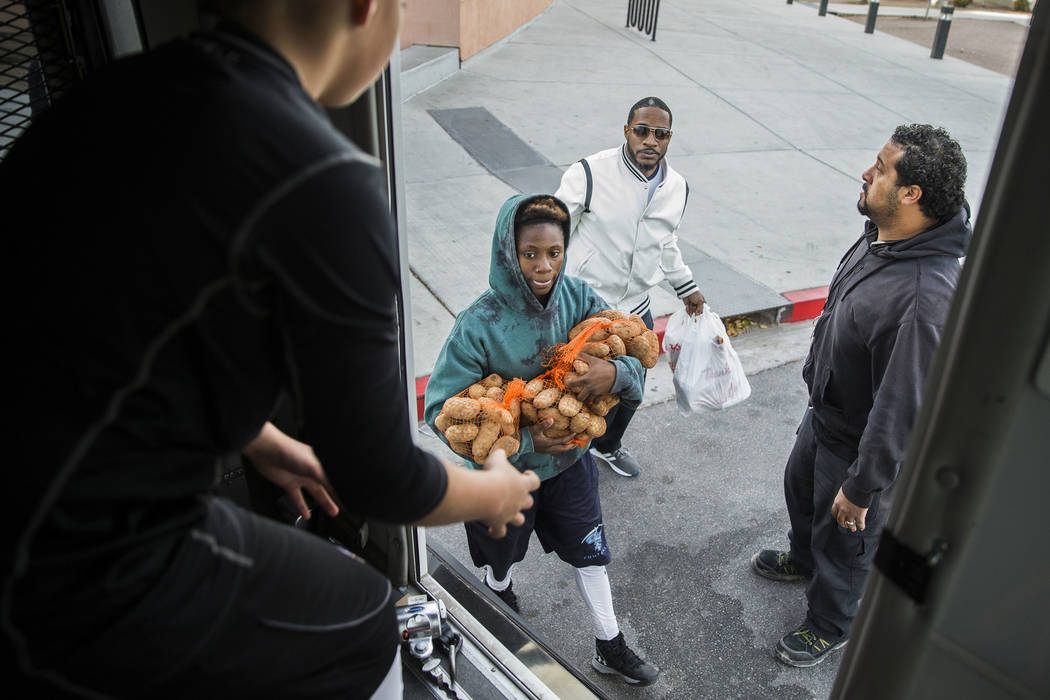 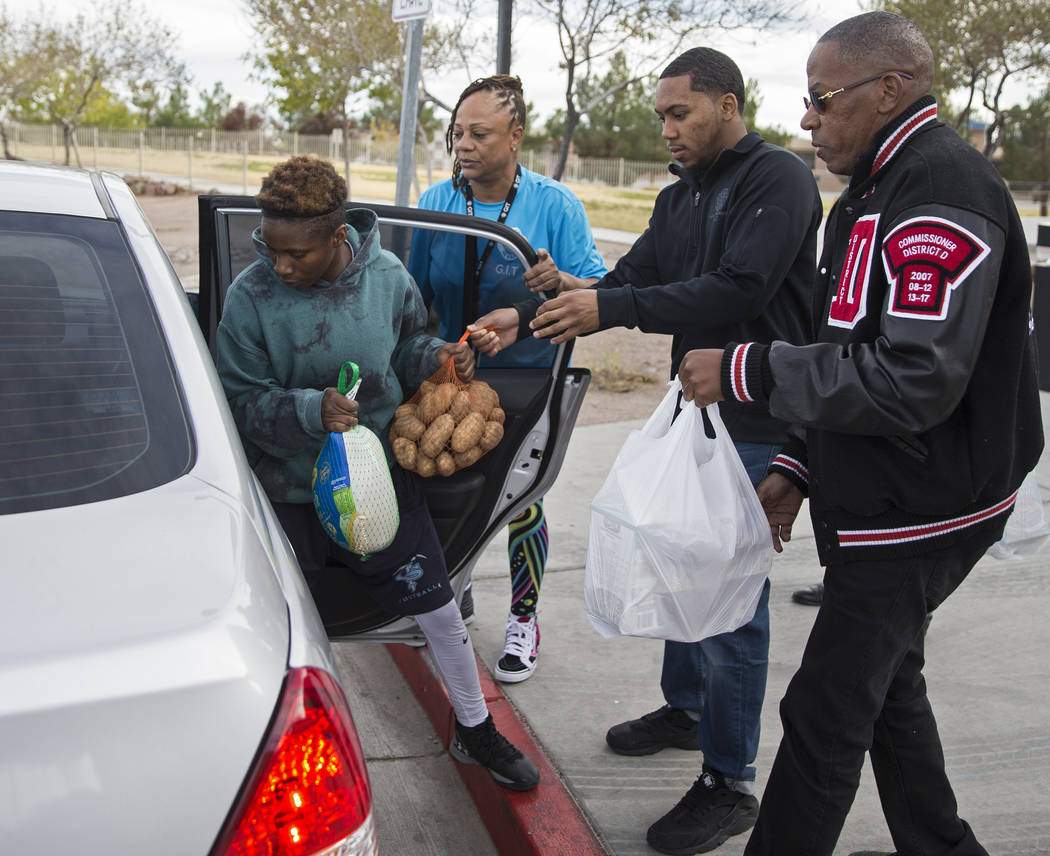 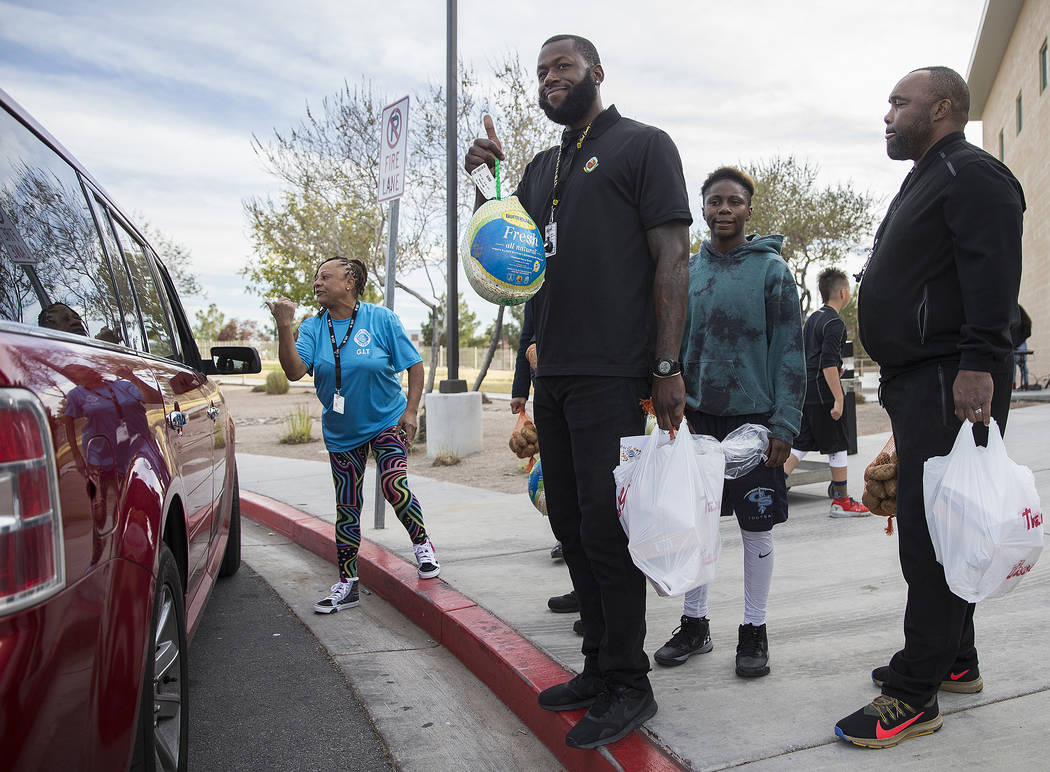 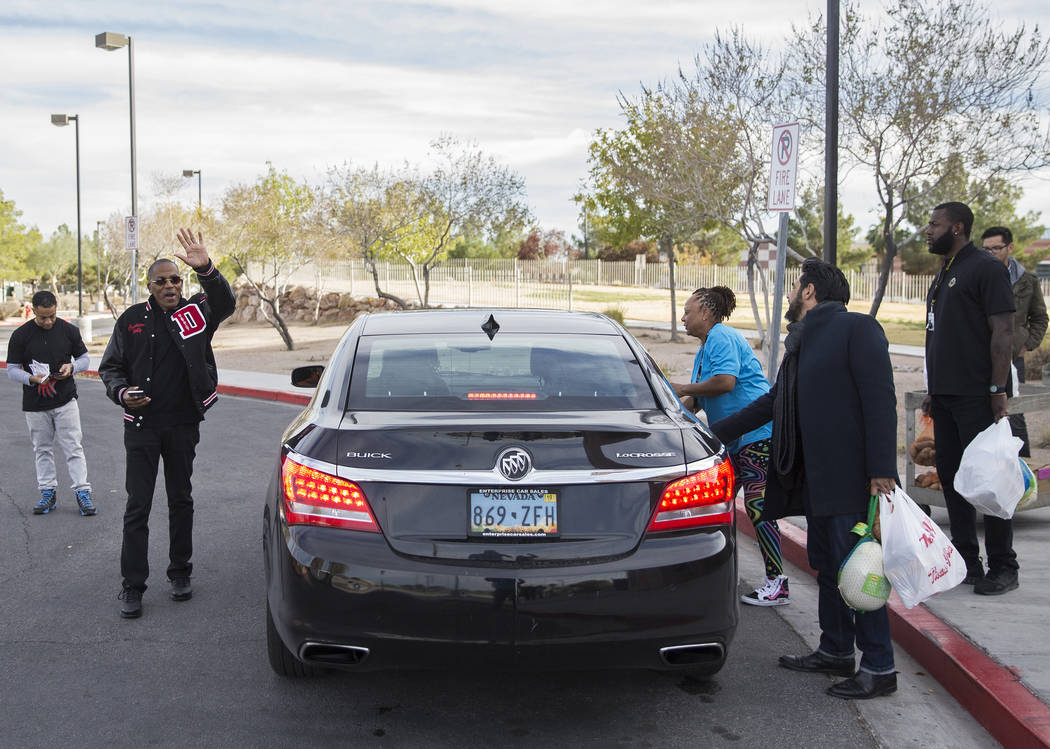 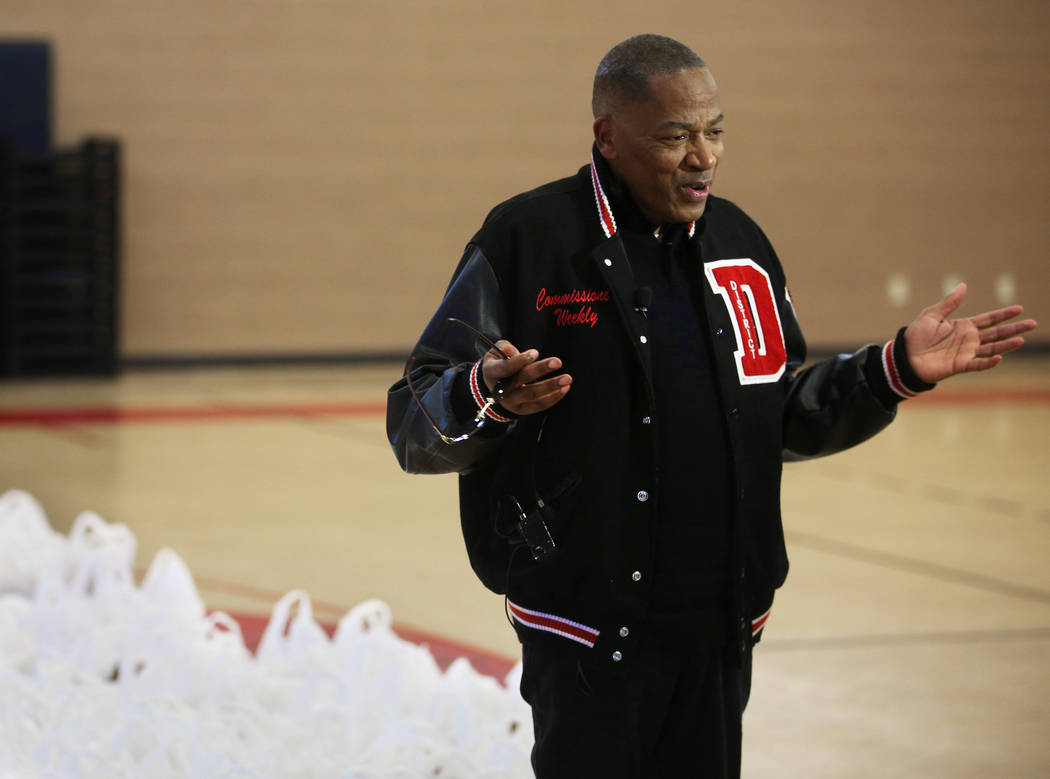 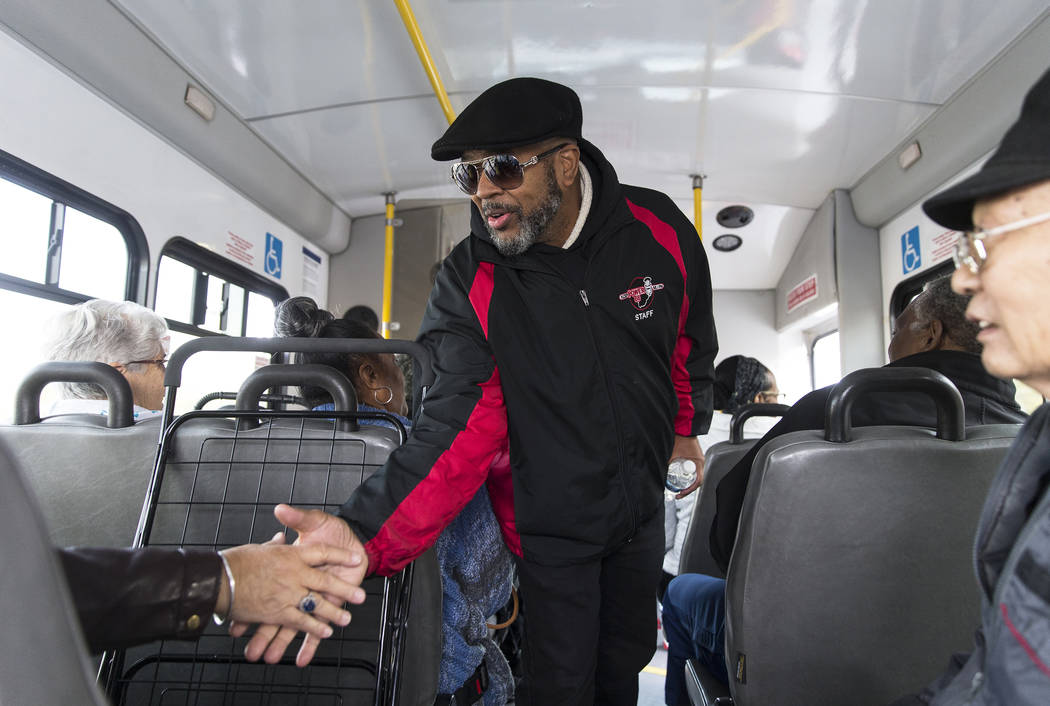 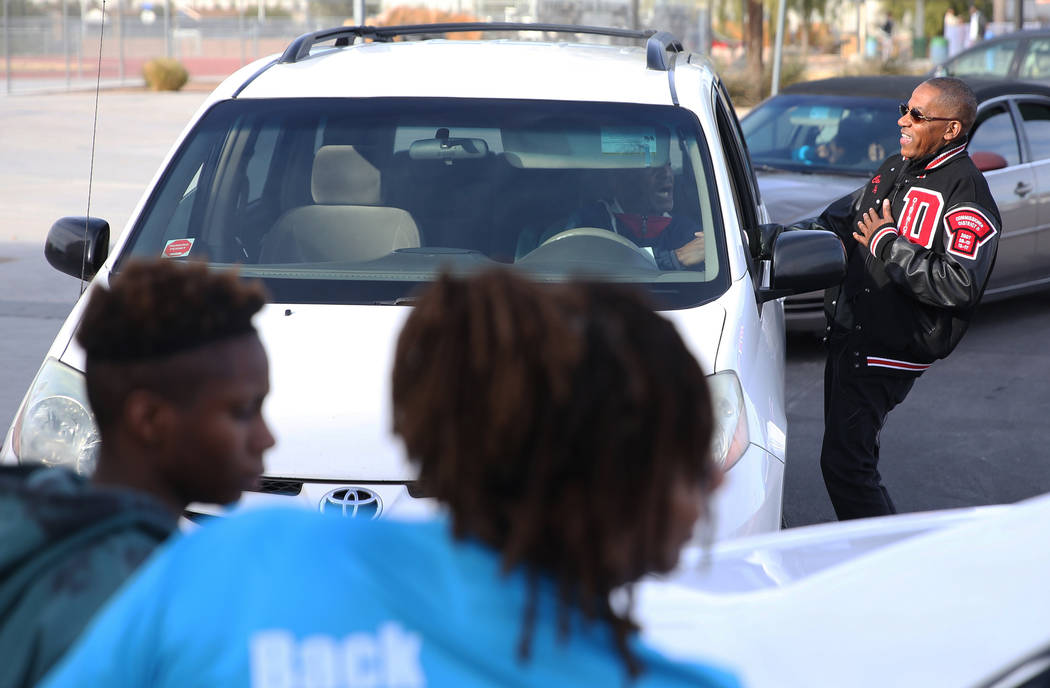 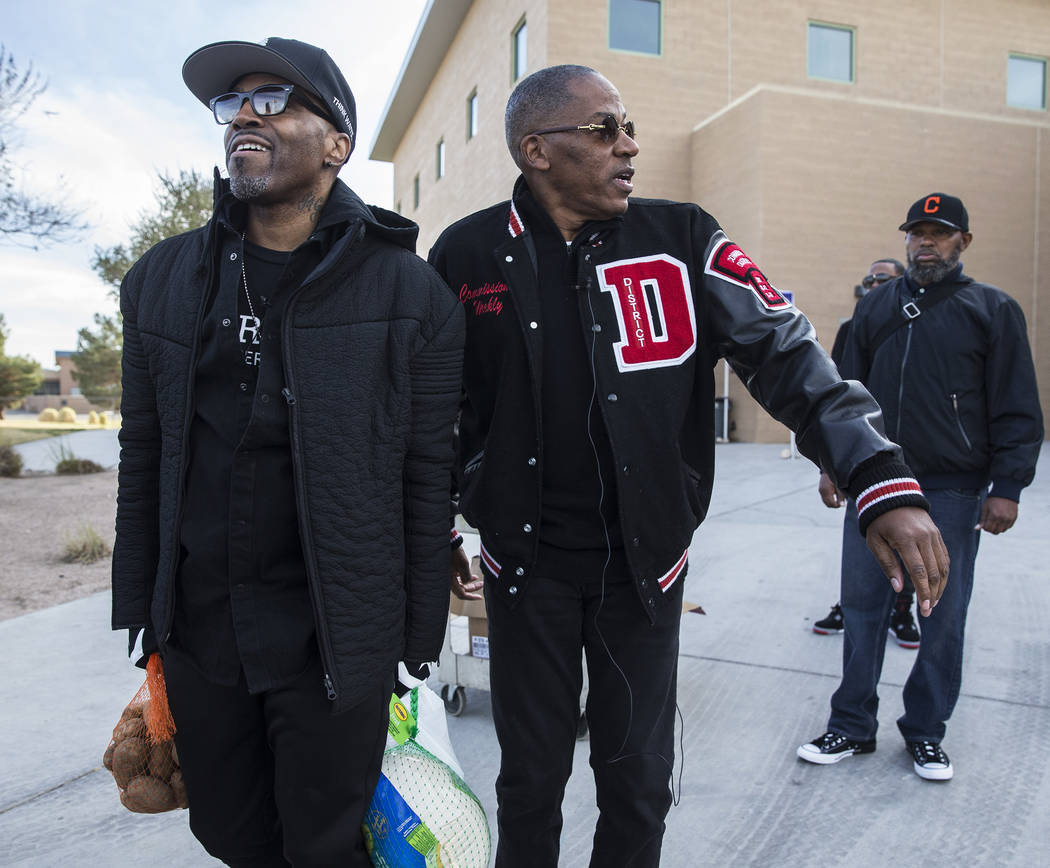 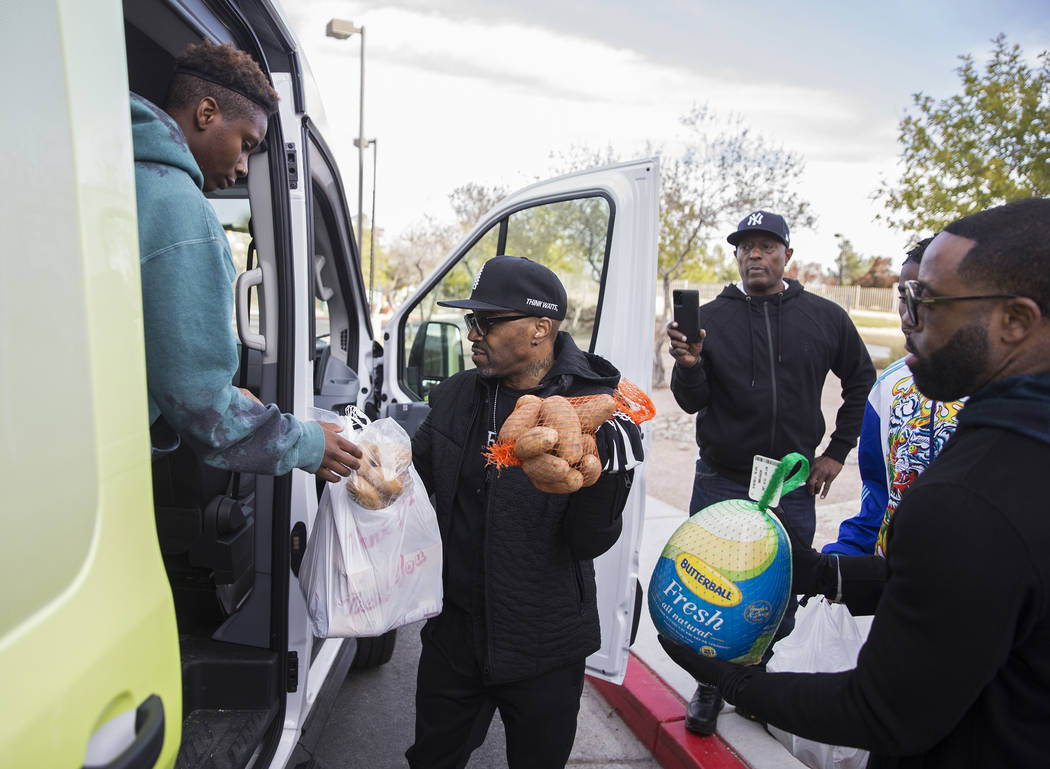 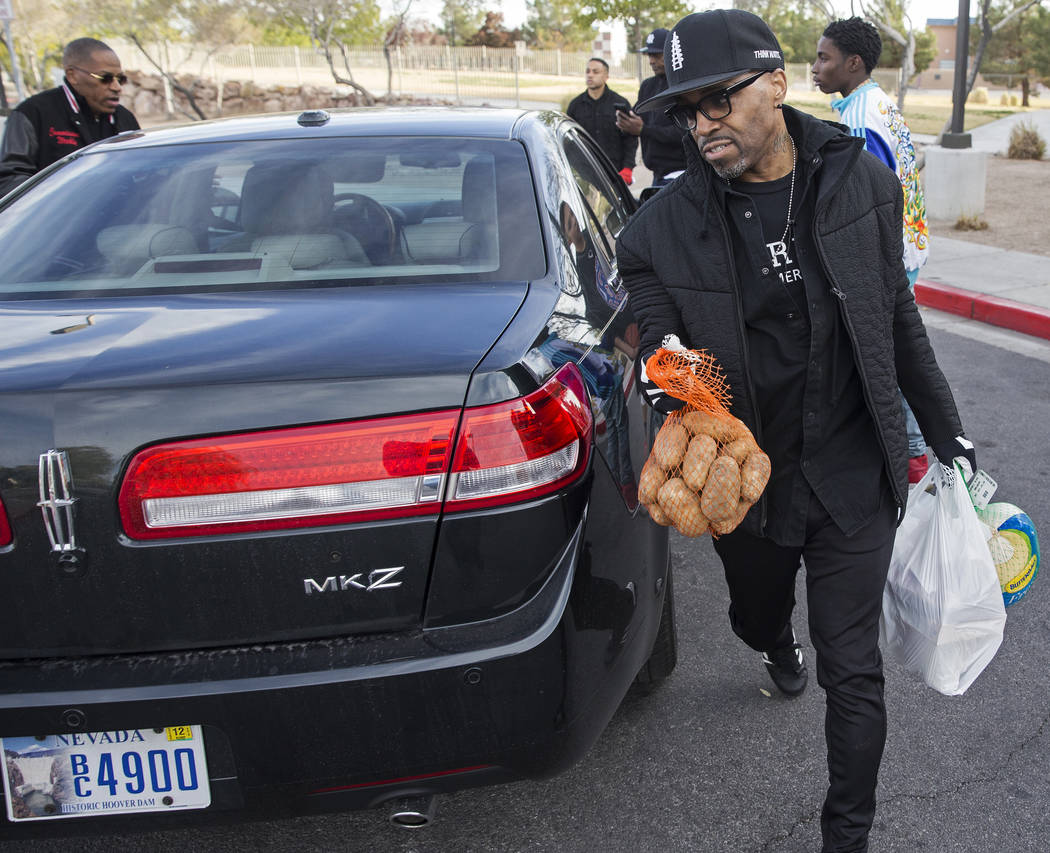 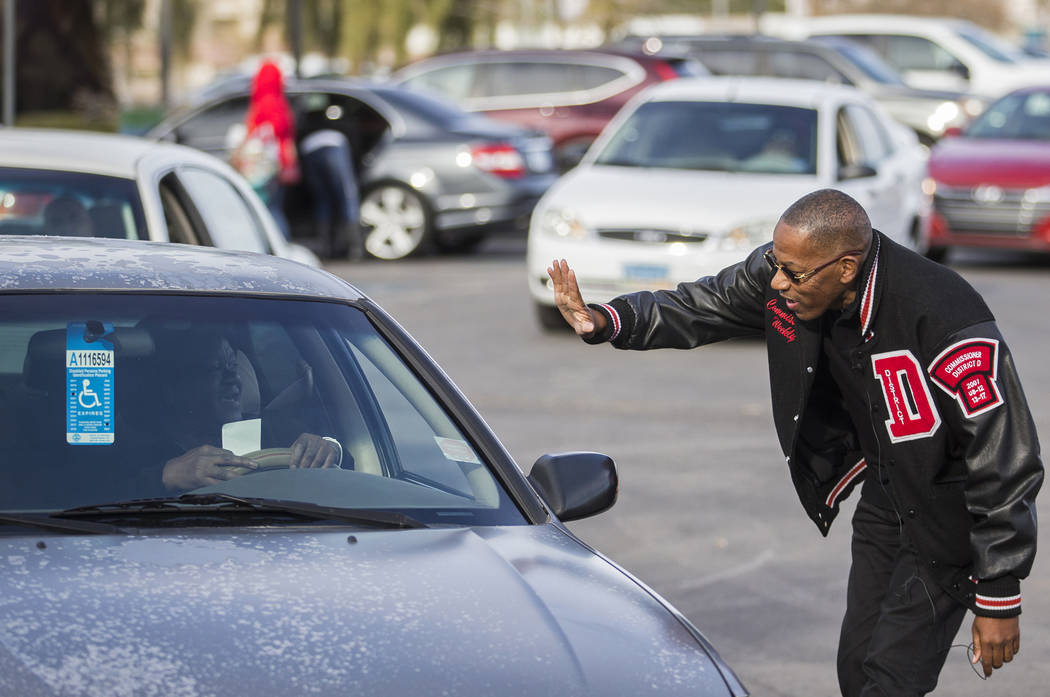 The cars were in a row about two dozen deep along a bending curb, inching forward one by one until they reached the front of the Pearson Community Center, where vouchers were treated like currency on a crisp Tuesday afternoon.

Motorists gave the tickets to volunteers in exchange for food: a turkey, potatoes and a white sack of other Thanksgiving goods at what could be described as an open-air holiday drive-thru.

Clark County Commission Vice Chairman Lawrence Weekly and community organizers in his district have been giving away turkeys and trimmings for 15 years, dating to his time as a Las Vegas city councilman. He said the giveaways have grown in popularity.

“When we first started doing this, no one was doing turkey giveaways, and so at that particular time we started out doing like maybe 200 (dinners), 150 here, and then we grew it up to almost about 1,000,” Weekly said.

“We’re honored that on Thanksgiving Day, when we’re sitting with our families, we know at least 310 families will be eating turkey dinner because of us,” he said.

The families were pre-selected for the giveaway and recommended by the community partners who interact with them, including the Southern Nevada Regional Housing Authority, the Clark County Department of Social Services, the Blind Center of Nevada and senior and community centers.

“They know their clientele better than we do,” Weekly said.

Among the volunteers: Grammy Award-winning recording artist and producer Teddy Riley. He drew a parallel between where he grew up in Harlem and the Las Vegas district that Weekly represents, saying it mattered to him to be invested in inner cities.

“It’s my mission to do that,” said Riley, who formed the R&B group Blackstreet in 1991 and is credited with fusing musical genres to create the New Jack Swing style. “If I can do this continuously, you know, where I can do it throughout the year where we can give and really show our people that we care, we’re going to do it.”

Riley moved to Las Vegas a few years ago and has been connected to Weekly for about two years after the commissioner invited him to judge a slam dunk contest as part of a community event.

It followed a city of Las Vegas giveaway Monday. The annual Ward 5 Turkey Donation in Councilman Cedric Crear’s district collaborated with Smith’s, according to city officials, and made seven stops to assist the senior community.