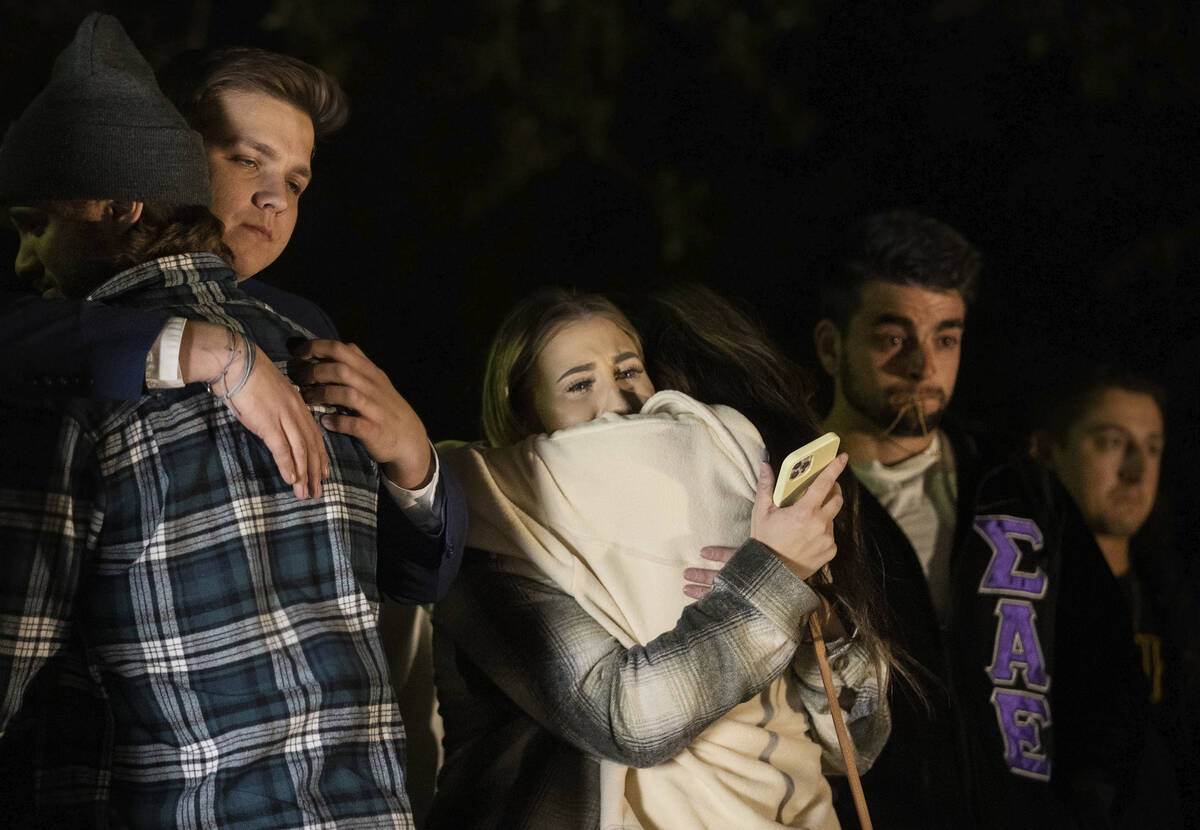 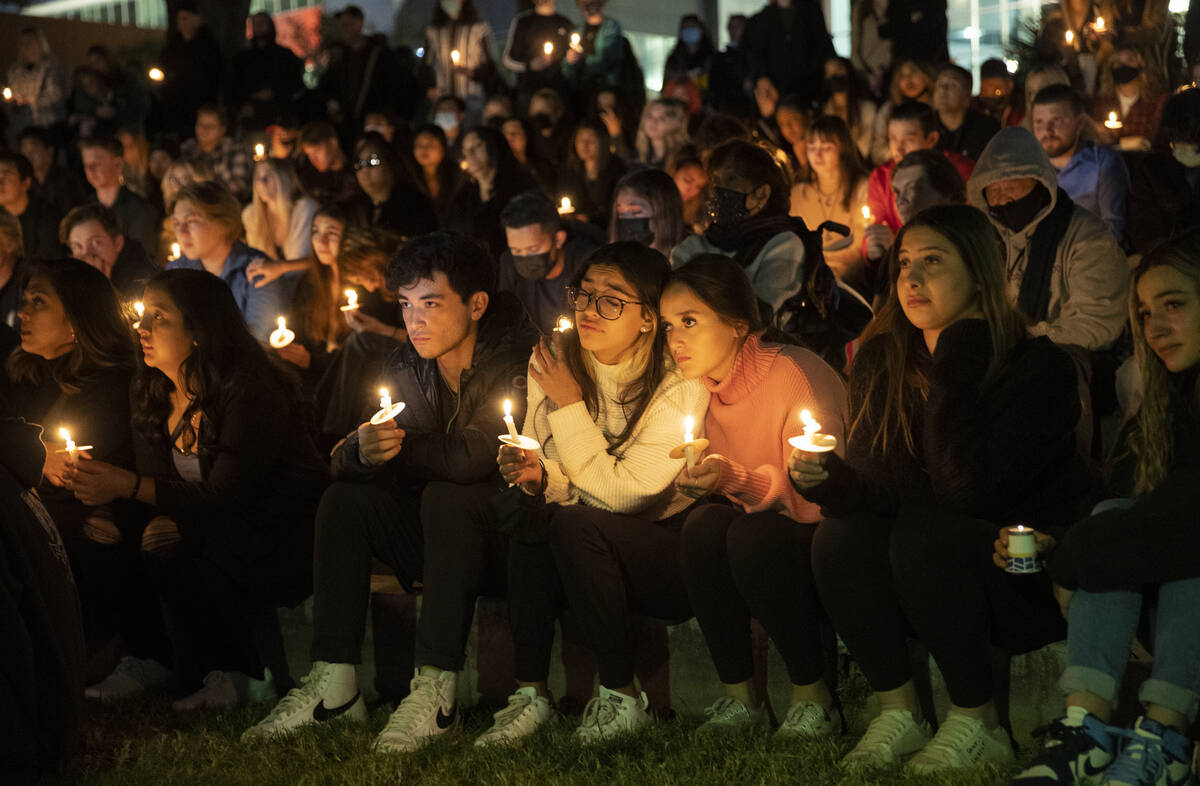 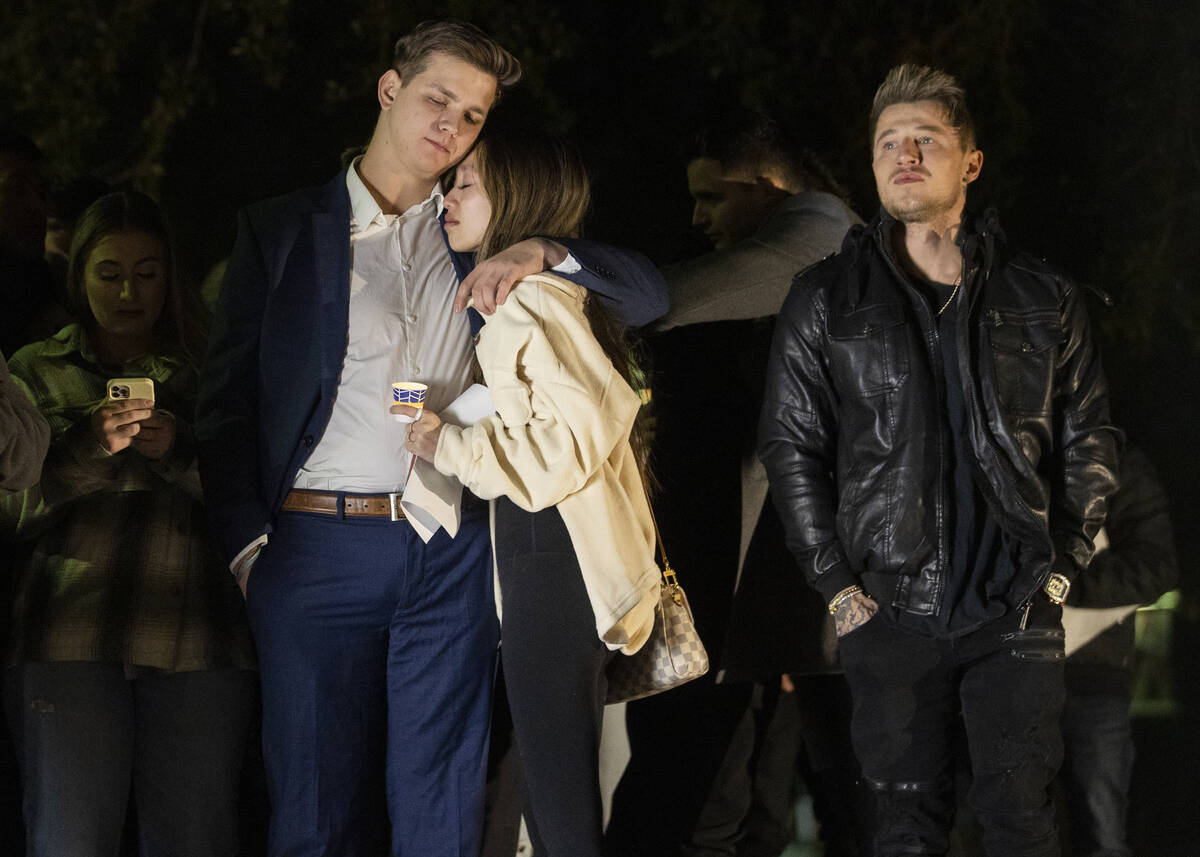 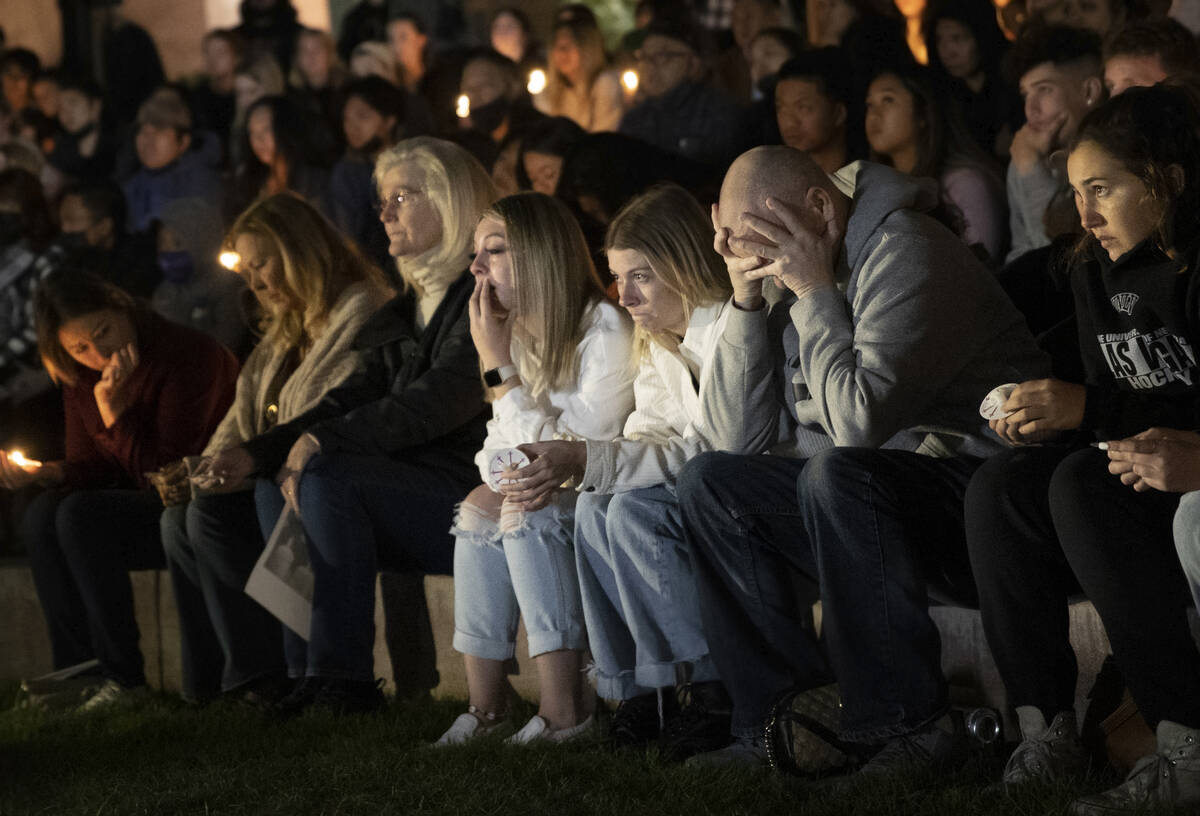 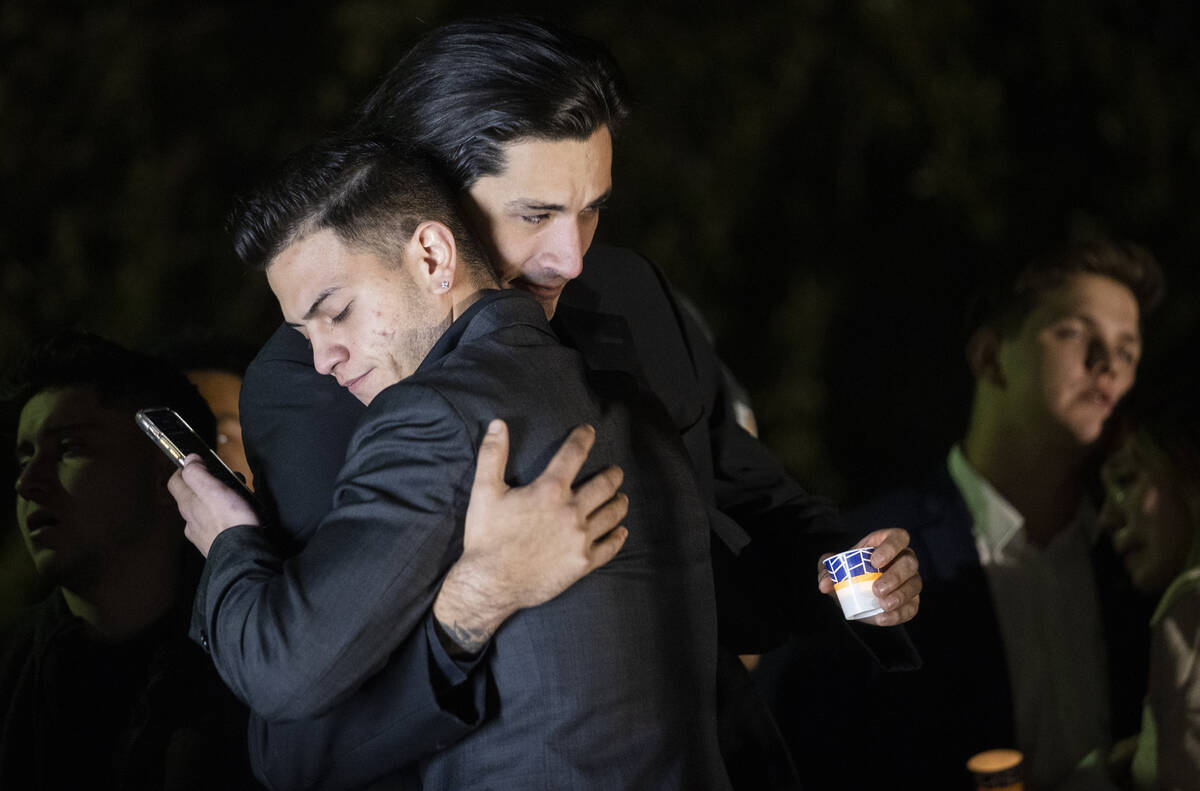 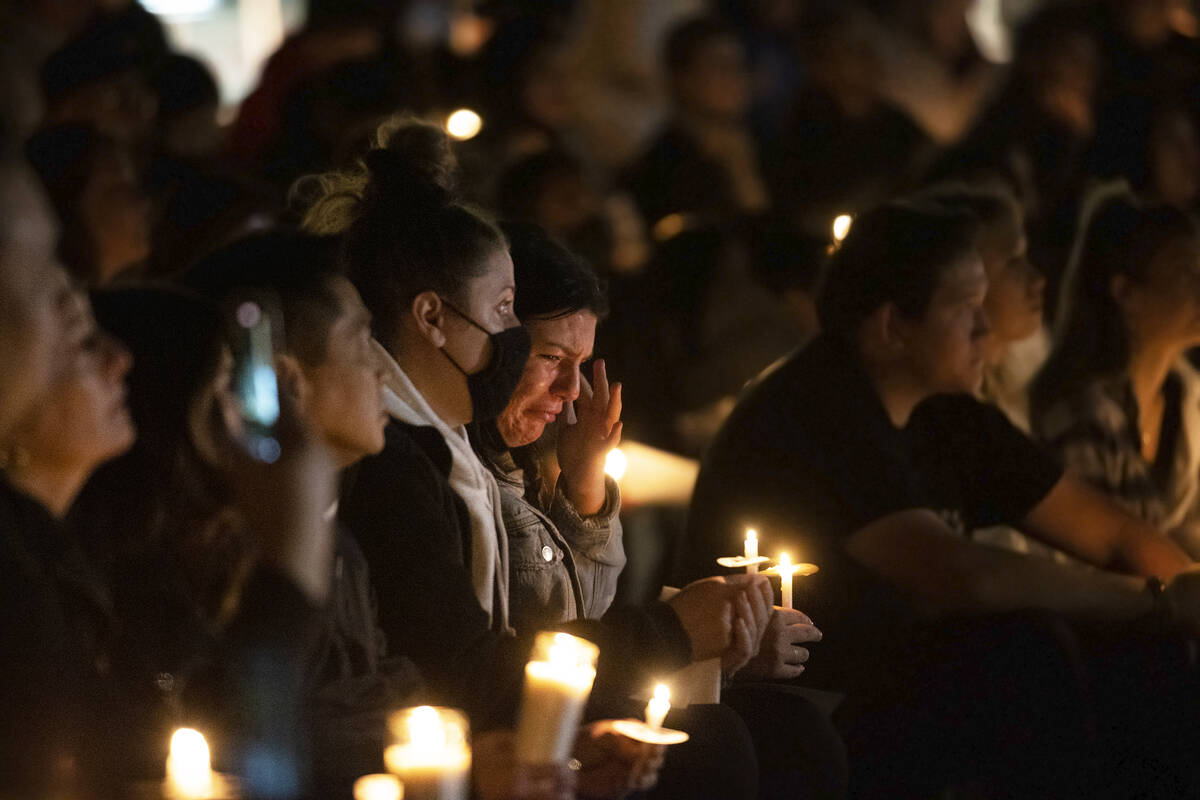 Nathan Valencia should have spent Saturday celebrating his 21st birthday, ordering mimosas at brunch and preparing for his first night at a Las Vegas club with his fraternity brothers.

Instead, hundreds of his family, fraternity brothers and former classmates gathered at UNLV on Saturday to shed tears after his death on Tuesday.

In a vigil on campus, Nico Escobar retold the moments when his friend fought valiantly Nov. 19 before stepping back into his corner and tumbling over. Escobar felt helpless as people surrounded Valencia. He remembered hearing echoes of Valencia’s girlfriend, Lacy Foster, screaming for help.

“That night proved to me how valuable life is,” Escobar said sobbing. “I’m still trying to process it all.”

Isaac Ho said he met Valencia while the two were teenagers. Valencia attended Bishop Gorman High School and was three years into his time at UNLV studying kinesiology. Ho said he hopes to use his business degree and become successful enough to open a charity in Valencia’s name.

“I still don’t believe it’s real that he’s gone,” Ho said. “I still text him because I know he’s watching over me. My goal to move forward is to be successful in life to the point where I can start a foundation in his name and spread his kindness around the world.”

Foster, Valencia’s girlfriend of nearly two years, started an online fundraiser for Valencia’s family. It had raised more than $47,000 as of Saturday night. She offered encouraging words to hundreds who grieved on campus Saturday.

“Find comfort in those around you and allow yourself to feel all the emotions,” she said. “There is not a handbook for this and everyone will grieve differently.”

The family released a statement through their attorneys, Lasso and Ryan Zimmer of the Richard Harris Law Firm, which specializes in personal injury and wrongful death litigation.

“Our preliminary investigation reveals mistakes were made and safety precautions overlooked. We will be completing a full investigation to determine how UNLV and the Kappa Sigma Fraternity could allow and promote an event like this to take place,” the statement read. “College students should not be placed in a situation where they are pitted against each other for combat. ‘Kappa Sigma Fight Night’ is an event that has been held annually and was well known to both UNLV and the national Kappa Sigma Fraternity. We will leave no stone unturned to determine how a 20 year old ended up in a school-sanctioned amateur fight that cost him his life.”

Joshua Chavez, a senior who participated in the fight representing another fraternity on campus, said the students provided a welcoming environment and tried to prioritize the fighters’ safety.

“It was extremely unfortunate,” he said. “He got in there hoping to raise money for charity and literally putting his life on the line to help pother people. I don’t think any of us thought it would turn out this way.”

UNLV President Keith Whitfield on Friday said the student body shares in grieving with the Valencia family and promised to review the circumstances.

“We are shocked and heartbroken as we mourn the loss of one of our own. Coping with the loss of life is always difficult, especially under these circumstances,” Whitfield wrote. “UNLV is committing all available resources to review the incident and determine how off-campus events like these can be as safe as possible.”