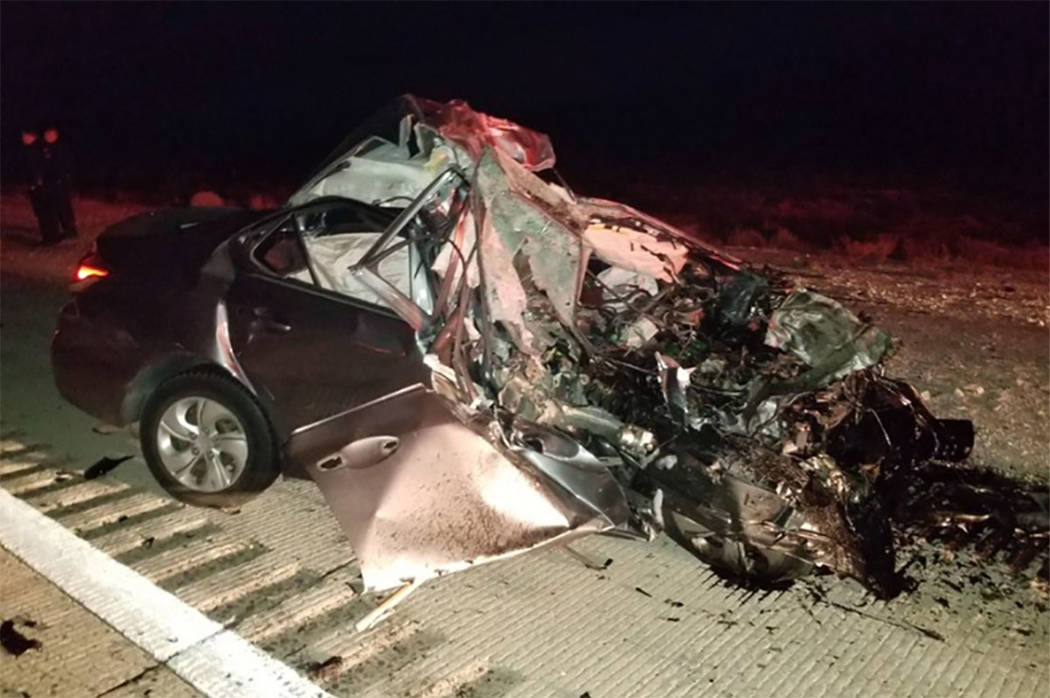 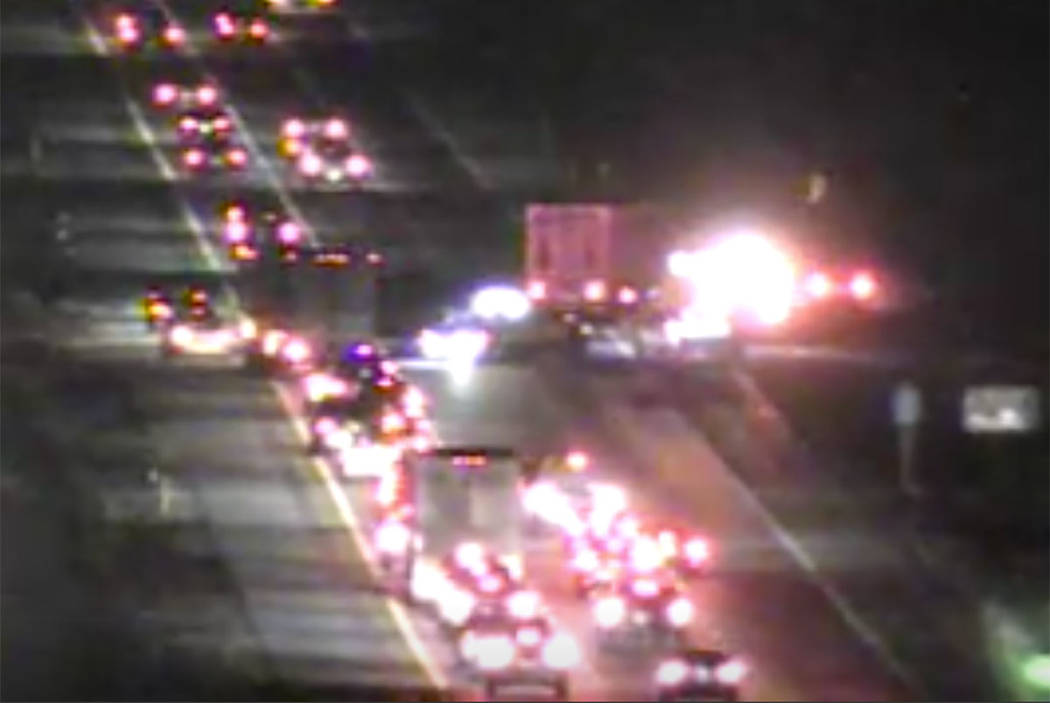 Police respond to the scene of a fatal crash in the northbound lanes of I-15 near Jean, south of Las Vegas, on Saturday, Dec. 21, 2019. (RTC fast cameras)

A woman is dead after what officials described as a “violent” wrong-way crash Saturday night on Interstate 15 between Jean and Sloan.

Troopers were called about 10:05 p.m. to the crash near miler marker 16 on northbound I-15, Nevada Highway Patrol Trooper Travis Smaka said early Sunday. The crash happened after a woman driving a Dodge car the wrong way in the northbound lanes collided head-on with a tractor-trailer.

The woman died at the scene, Smaka said. Two people in the trailer were uninjured.

Smaka said the crash was “violent,” causing a large fluid spill and debris field in the right lanes of the highway. Fire crews were on scene Sunday morning working to extract the woman from the vehicle.

“It is such a violent crash that up to this point we have not been able to remove the deceased,” he said.

The crash happened in between Sloan and Jean, but it was unclear how the woman began driving the wrong-way, he said. It was unknown if intoxication was a factor.

The woman will be identified by the Clark County coroner’s office after her family has been notified. Further information about the crash was not immediately available.

“It is absolutely a tragedy especially as we’re approaching the holiday season,” Smaka said. “Here we are again just days away from Christmas, and we’ve had someone else lose their life needlessly.”

Saturday night’s crash was the latest in a spate of fatal wrong-way crashes in the valley since November.

About 9:55 p.m. Dec. 5, a driver of an Oldsmobile driving north in the southbound lanes of I-15 crashed head-on into a Chevrolet van just north of Primm, the Highway Patrol said. Frank Thomas, 42, of Jean, was killed, along with John Camilo, 51, of Valley Village, California.

On Dec. 3, officials said Henderson resident Frank Magliarditi, 39, was killed when a vehicle he was driving southbound in the northbound lanes of I-15 slammed into an 18-wheeler.

In November, Ericka Avila, 27, had a blood-alcohol content of more than three times the legal limit when she was killed in a wrong-way freeway crash, the Clark County coroner’s office has said.

Avila was driving the wrong way about 3:30 a.m. Nov. 14 on I-15 near Cheyenne Avenue when her car hit another head-on, causing a chain reaction involving multiple vehicles. Avila died at the scene.