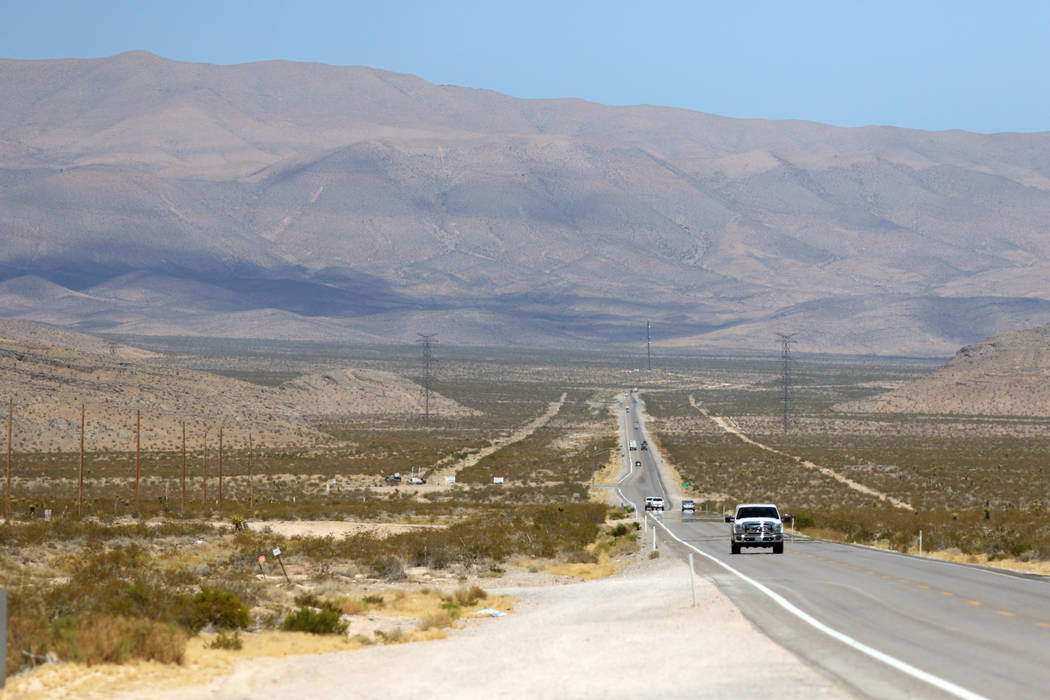 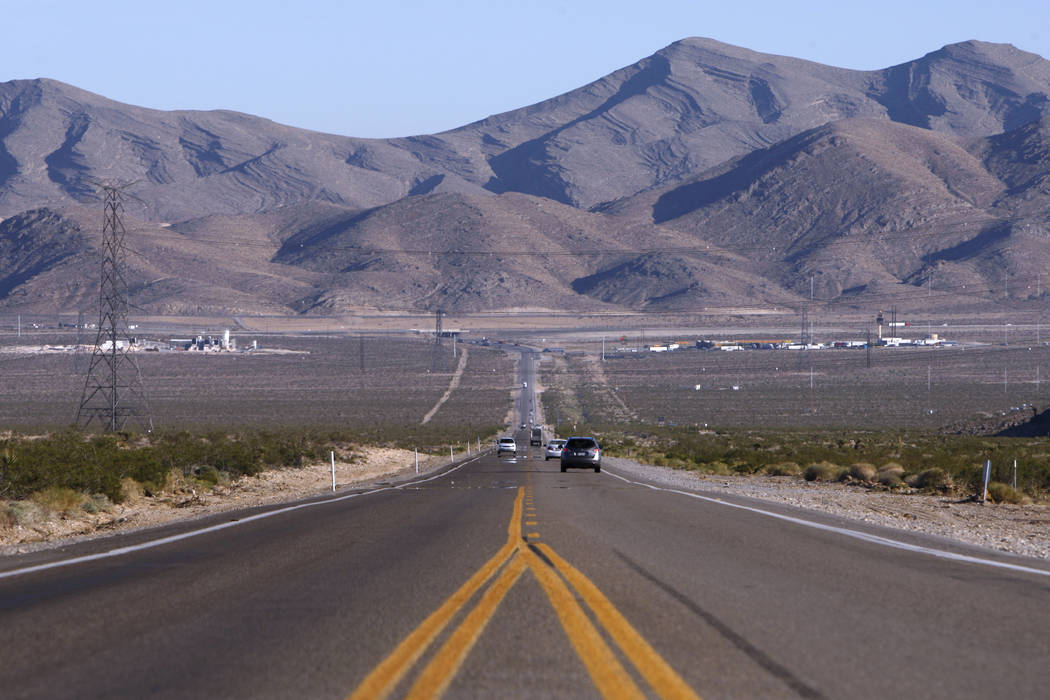 Highway 93 heads toward Interstate 15 near the Apex Industrial Park in 2014. (Las Vegas Review-Journal)

Figuring out how to run water up to the Apex Industrial Park has long vexed North Las Vegas officials, who have pinned the city’s economic future on development of the vast property.

Now, it appears that they’ve found a solution.

Near U.S. Highway 93, workers are installing a 150-foot-tall water storage tank with a water line that links to an existing well to serve the northern end of Apex, North Las Vegas Utilities Director Randall DeVaul told the City Council on Wednesday.

Separately, DeVaul said, a water line spanning 2.5 miles will connect an existing water storage and pump station to an area just south of Love’s Truck Stop to serve the southern end of Apex.

Two ground wells designed by the Southern Nevada Water Authority will be drilled as water demand increases at Apex, while a third well may be completed by a private company, DeVaul said.

While there are plans to eventually run sewer lines through the area, DeVaul said, the city’s main focus is to deliver water to Apex.

The city has $4 million in its capital budget to build the water tank and connecting lines serving the northern section of Apex, but DeVaul said the rest of the project will need to be funded by developers who plan to someday build at Apex.

An engineering contract could be considered by the City Council as soon as March 7, with construction starting in about a year.

“It’s a great, eye-opening experience to be able to tell people that we can satisfy their needs now,” North Las Vegas Mayor John Lee said.

Even though Faraday Future scrapped plans to build a manufacturing plant for electric cars, Juden said that the mere prospect of drawing businesses to Apex led to 16 changes in state law last year that will allow North Las Vegas to build water lines at the industrial park.