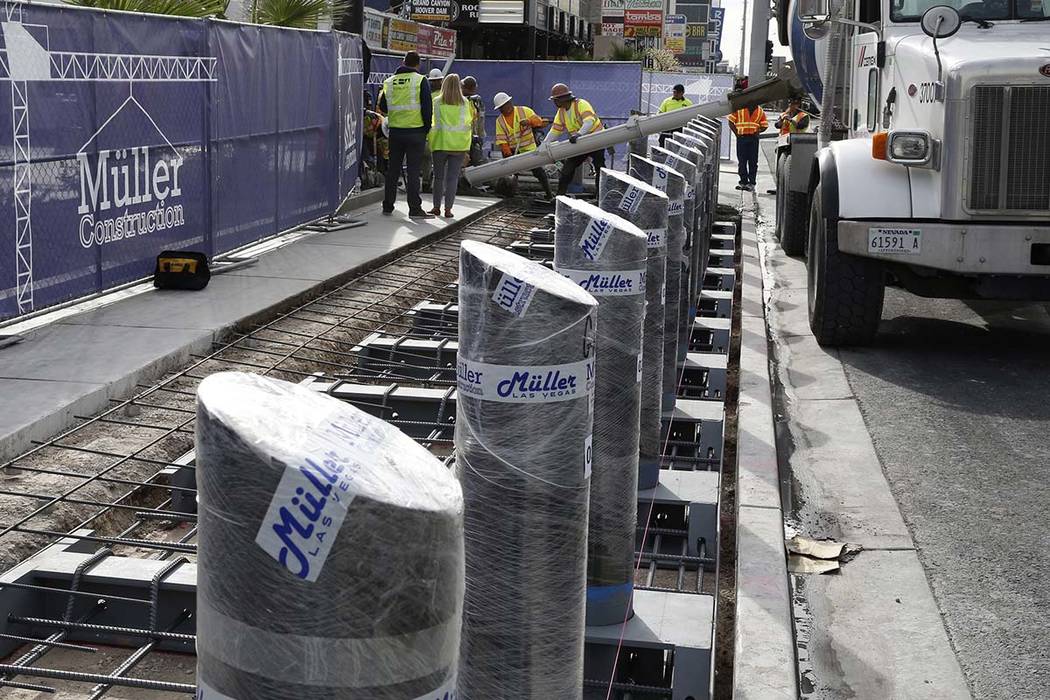 Construction will begin this week on another 650 steel posts along the Las Vegas Strip to protect pedestrians, Clark County spokesman Dan Kulin said.

Kulin said the posts, known as bollards, will line sidewalks on both sides of Las Vegas Boulevard between Sahara Avenue and Tropicana Avenue.

The bollards are 15 to 18 inches beneath the ground and anchored by interconnected, underground steel frames. The posts are about 4 feet tall and strong enough to stop a flatbed truck traveling 55 mph, the county has said.

Construction is expected to take about 60 days, Kulin said. The county has entered a $3.9 million contract with Unicon LLC to install the bollards.

Workers began placing bollards along the Strip in October, and some 840 posts are already standing.

Kulin said another 3,800 bollards could be installed before the end of February.

Concrete barriers will be temporarily placed in some areas that were planned to have bollards, Kulin said. Those locations are slated for development and any bollards installed would need to be removed during the construction.