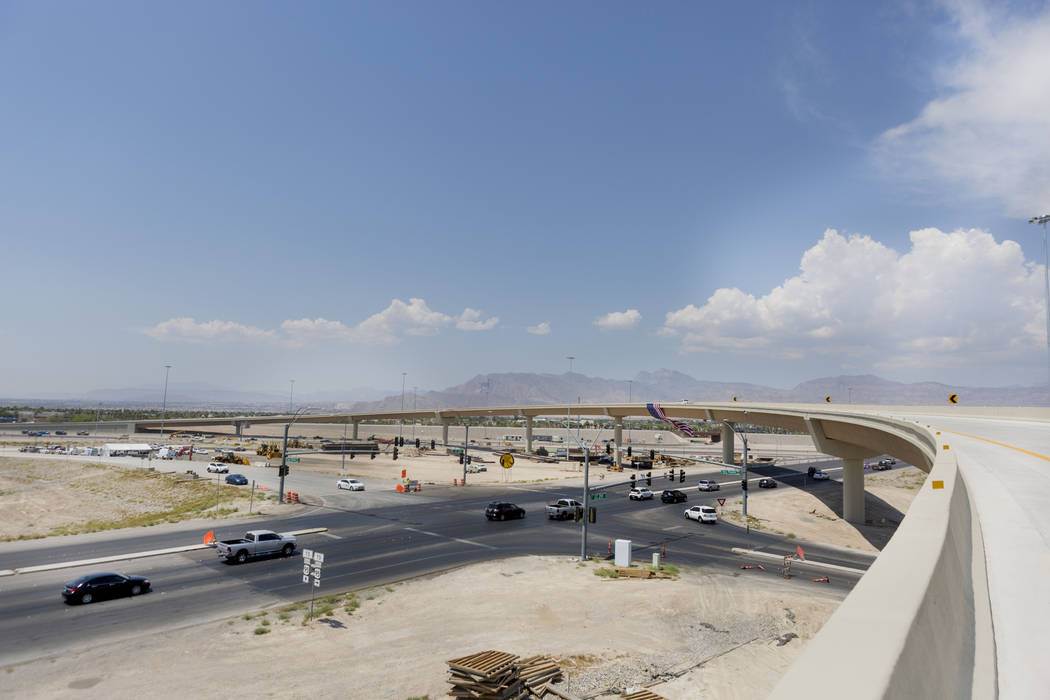 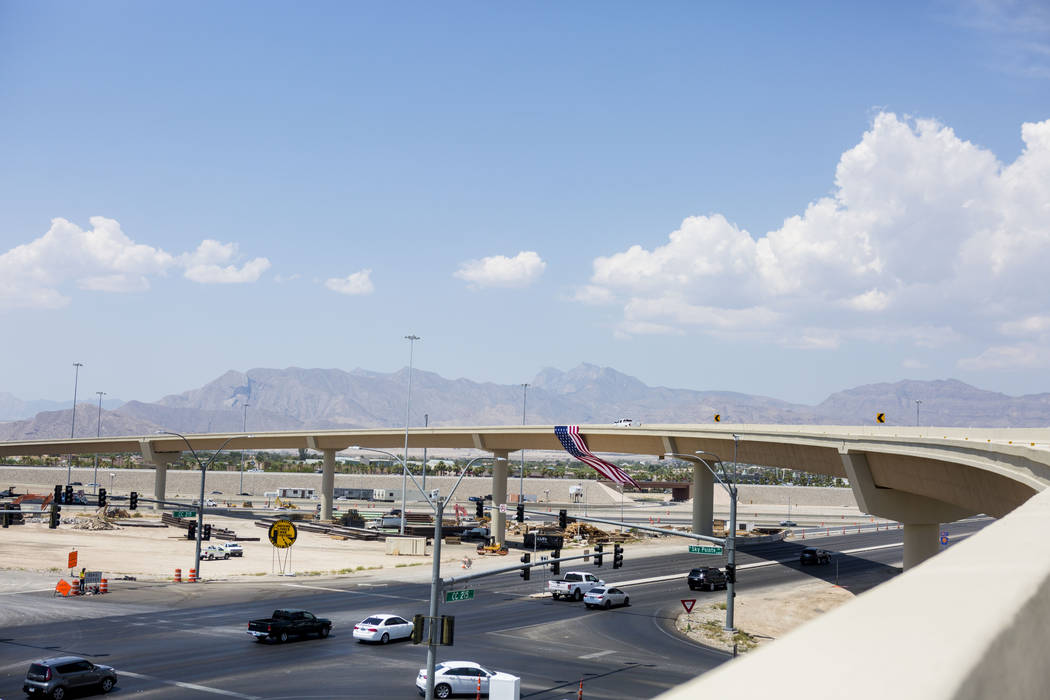 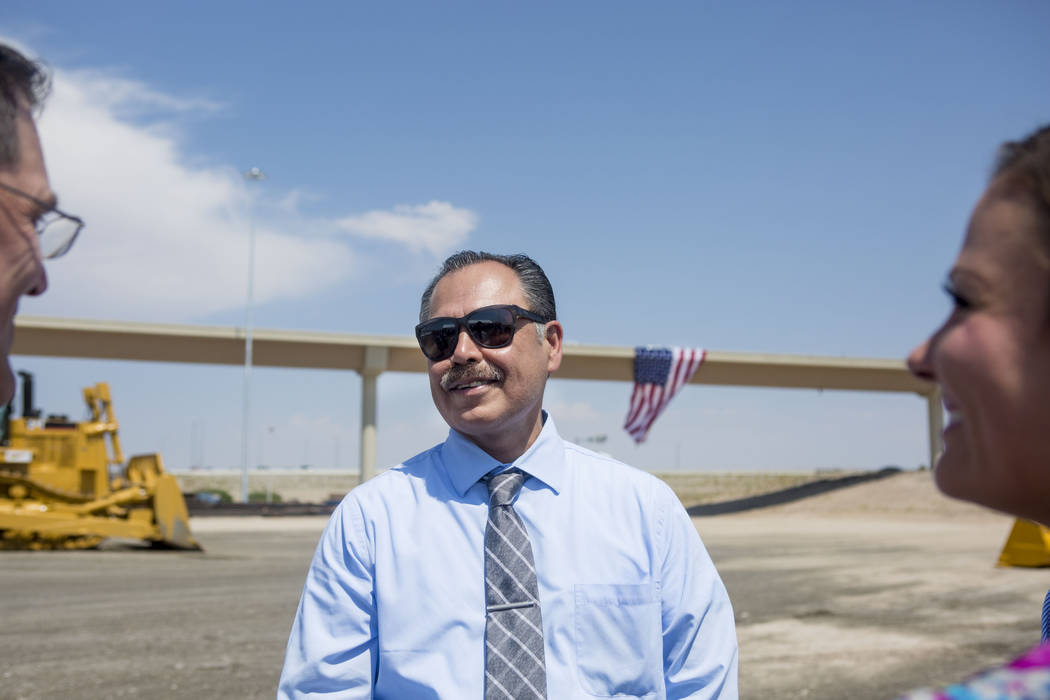 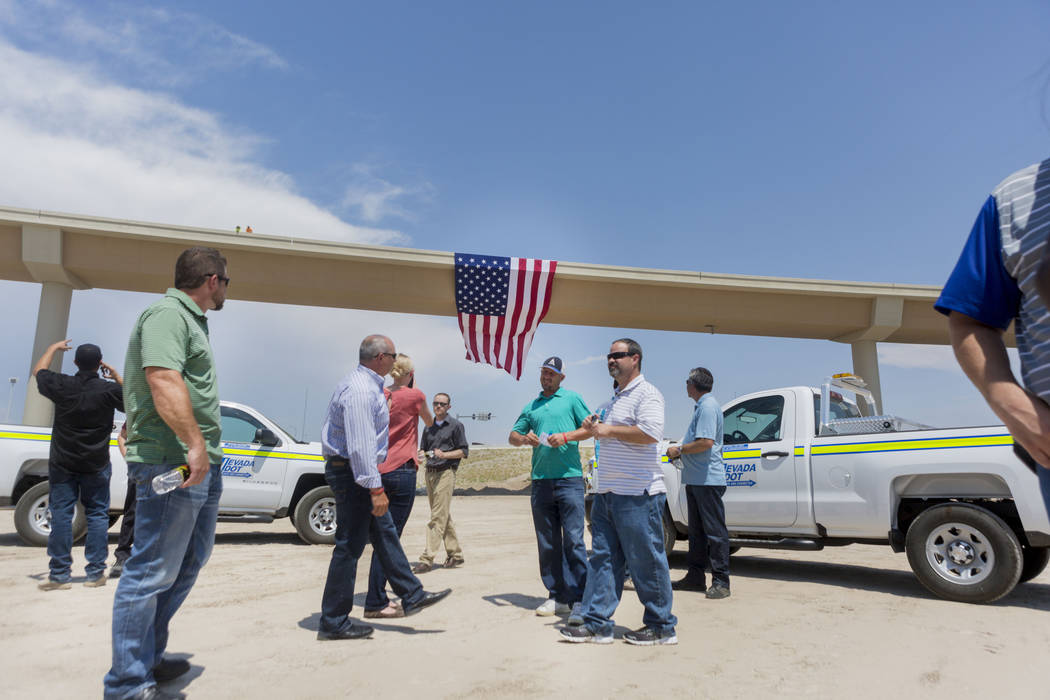 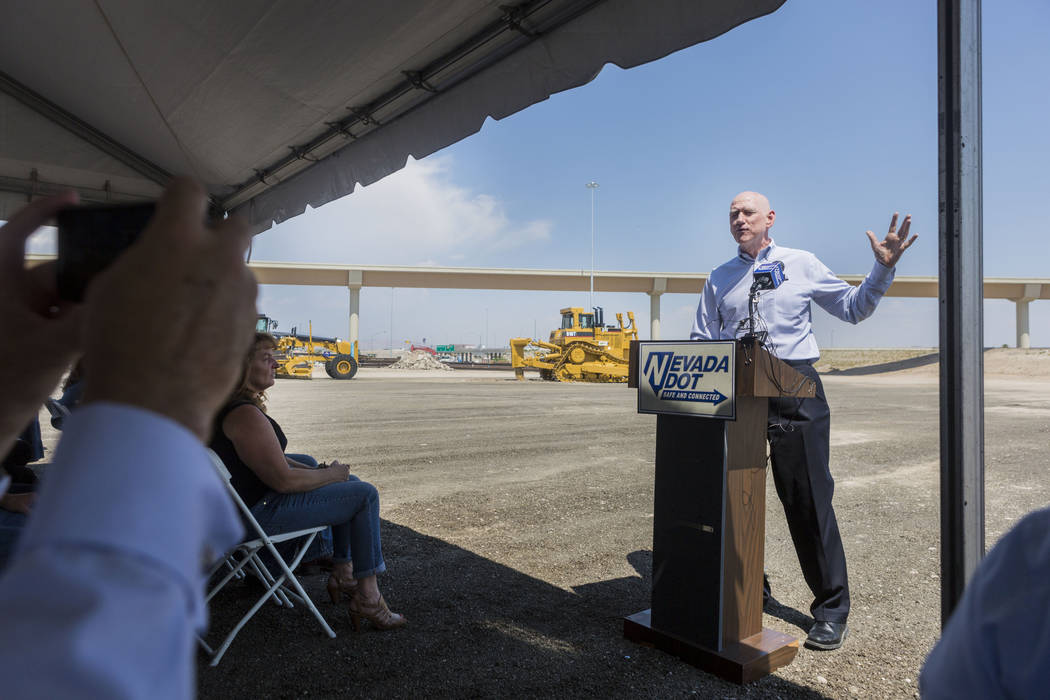 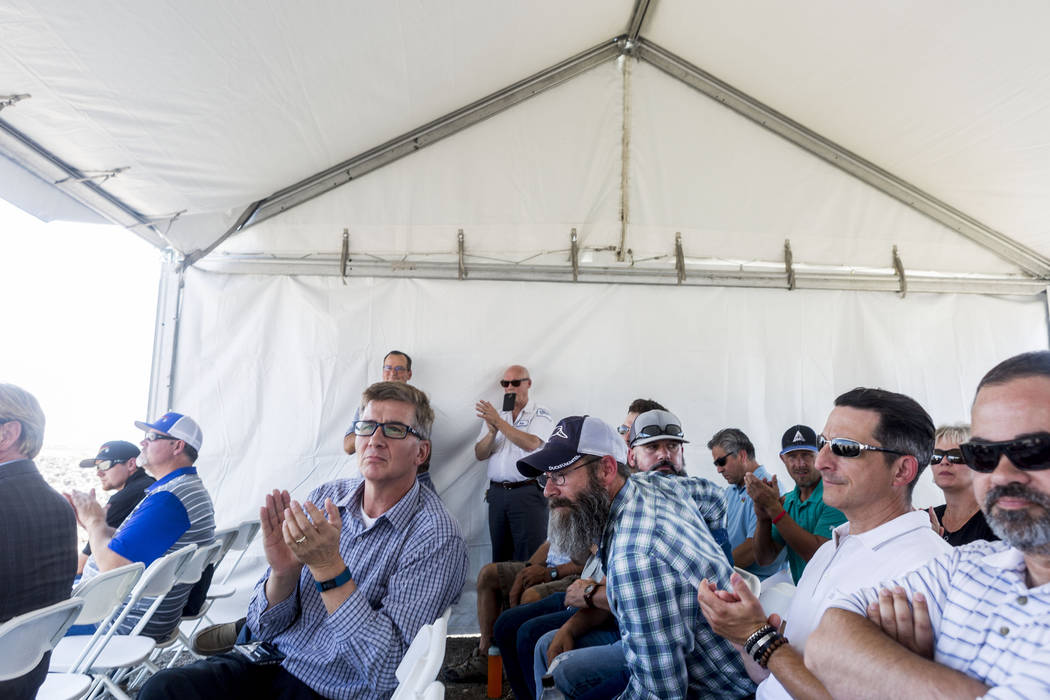 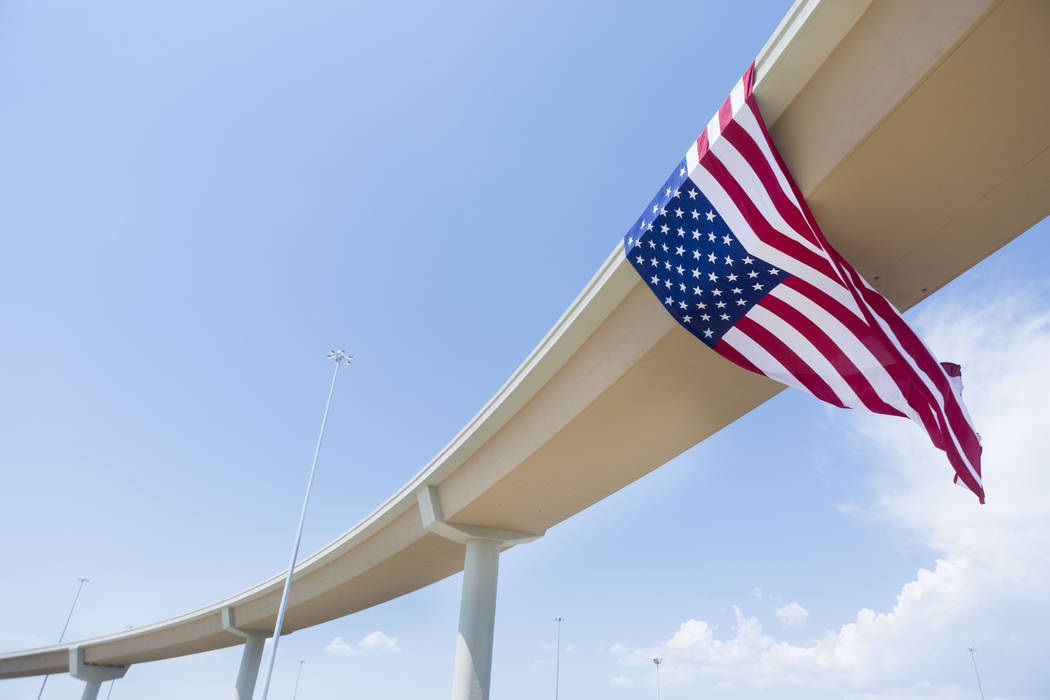 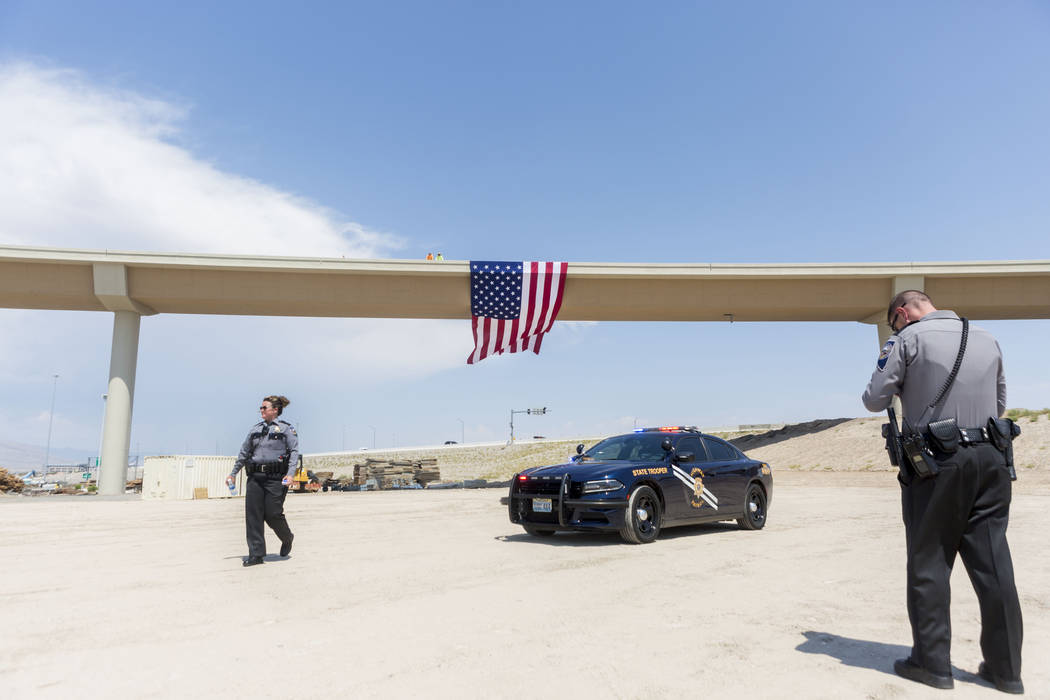 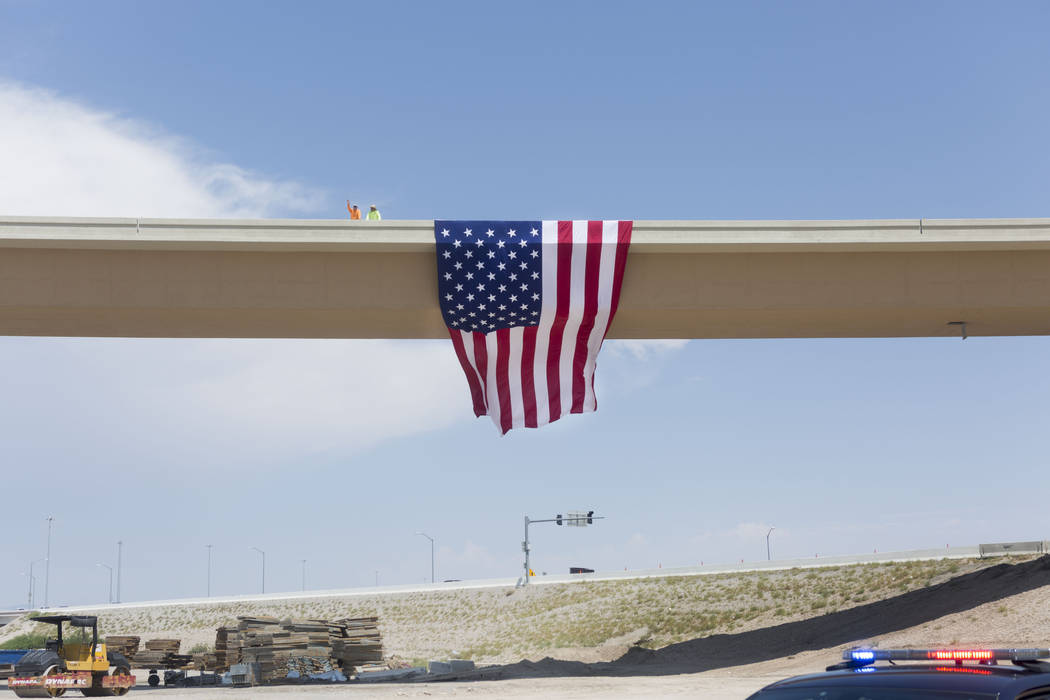 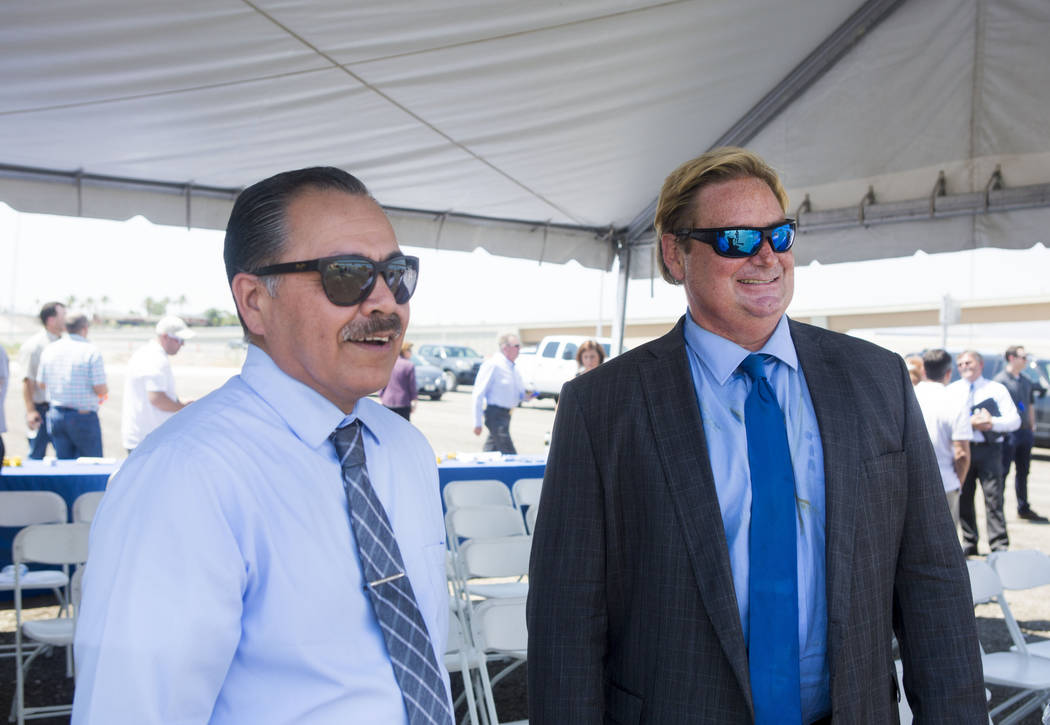 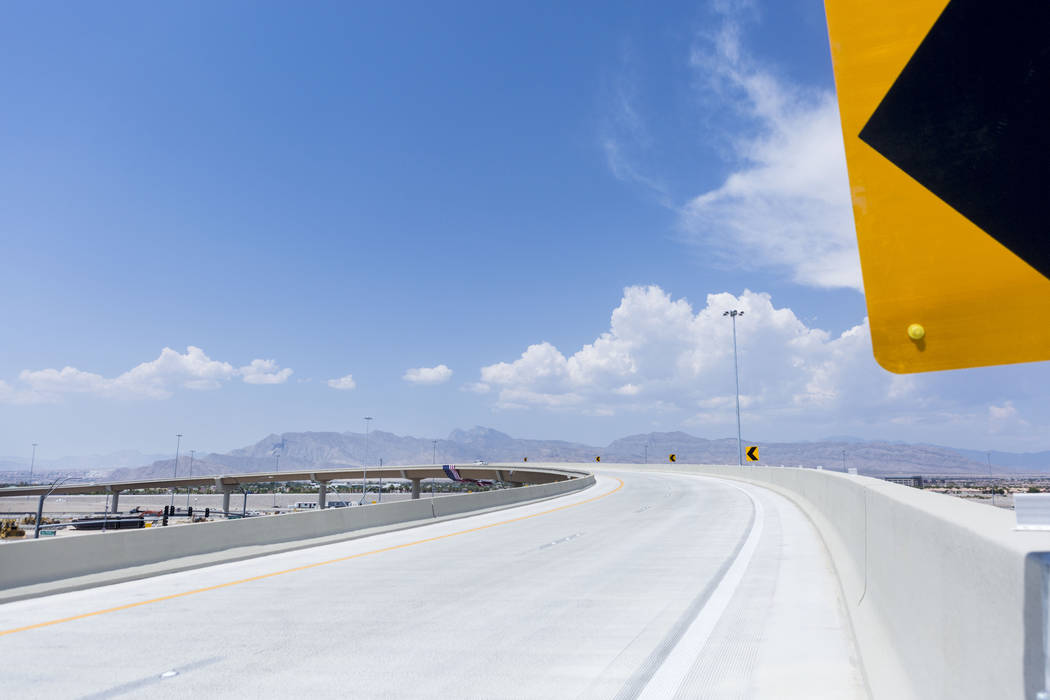 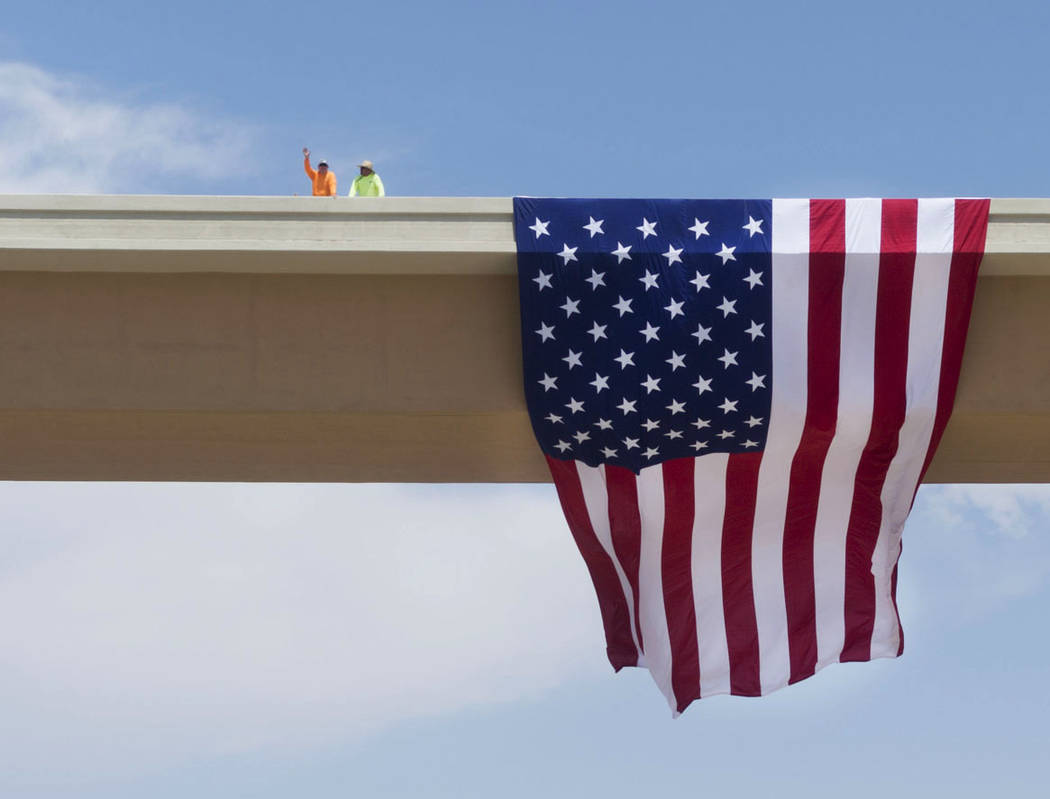 As an air horn blared, crews unfurled a giant, 85-pound American flag at the Centennial Bowl freeway interchange Wednesday to signal the opening of a passage that transportation planners say will relieve traffic congestion in northwest Las Vegas.

“I think that it’s going to pay off huge benefits, not only with accessibility and mobility, but also with safety,” NDOT Director Rudy Malfabon said while hailing the “impeccable new structure.”

About 107,500 vehicles travel daily through the Centennial Bowl, the second-busiest freeway interchange is Southern Nevada.

Assemblyman Richard Carrillo, D-Las Vegas, said the interchange is vital to the region because sections of U.S. 95 will eventually have a dual designation with Interstate 11, which is under construction between Henderson and Boulder City.

Supporters envision I-11 as an eventual trade route extending from Mexico’s border to Canada and running through Arizona, Nevada and Idaho.

“It will provide a direct link between Southern and Northern Nevada, reduce miles traveled and it will be used by freight carriers,” said Carrillo, chairman of the Assembly Transportation Committee. “The result of this combination means lower prices for goods delivered throughout the state.”

Crews also widened U.S. 95 in both directions between Ann Road and the Beltway. Connection ramps were added, along with 8,200 feet of storm drainage, signs, lights and landscaping. Road striping, landscaping and other finishing touches will completed within the next few weeks.

What driving new #CentennialBowl ramp from WB 215 Beltway to SB US95 looks like! It opens @ 2pm (pay no heed to truck going wrong way) pic.twitter.com/Dpc66Cwofb

“Infrastructure such as this is the backbone to our community,” said Susan Klekar, Nevada’s division administrator for the Federal Highway Administration. “Efforts like this improve connectivity and mobility in this area.”

Construction of the Centennial Bowl began in August 2015, and the initial phase was completed last year with the opening of a ramp linking northbound U.S. 95 to the eastbound Beltway.

Those ramps are expected to be completed by 2020.

Shortly afterward, bids will be solicited for the final construction phase, expected to take another two years to complete. That last chunk, estimated at $110 million, calls for an upgrade of the 215 Beltway to a divided, six-lane freeway through the Centennial Bowl interchange.