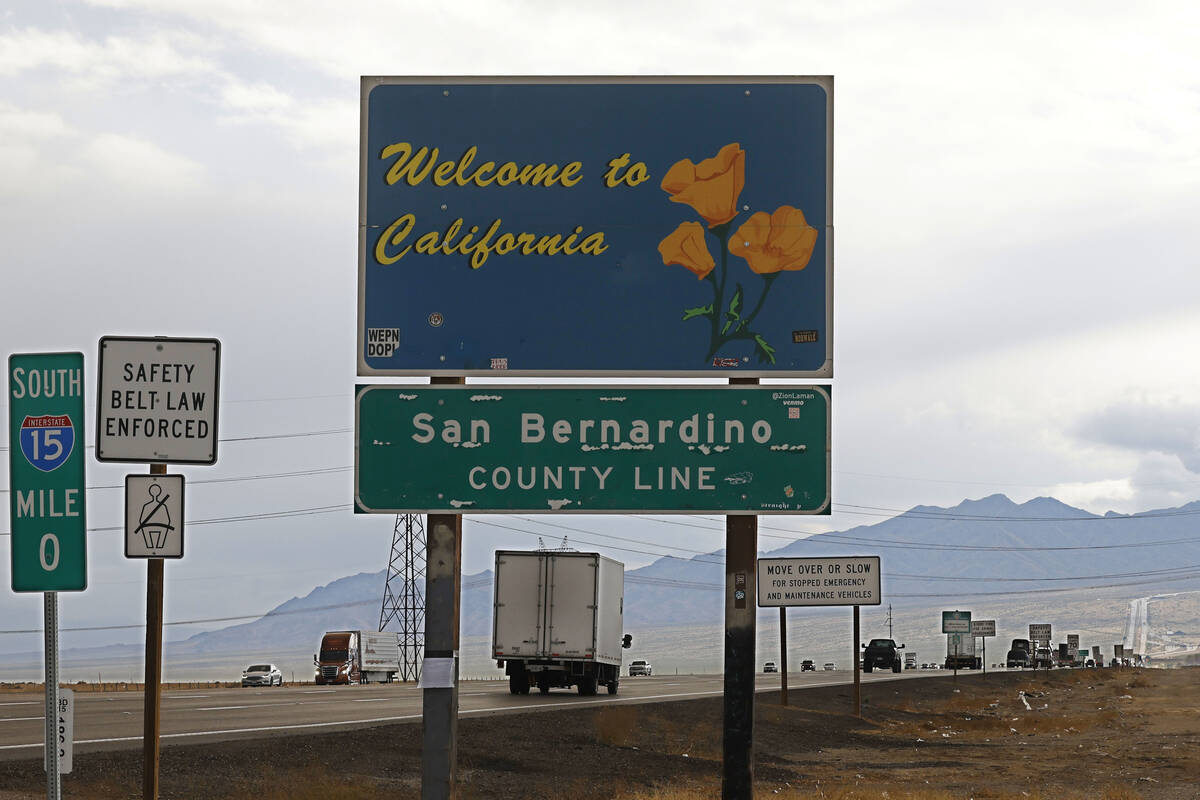 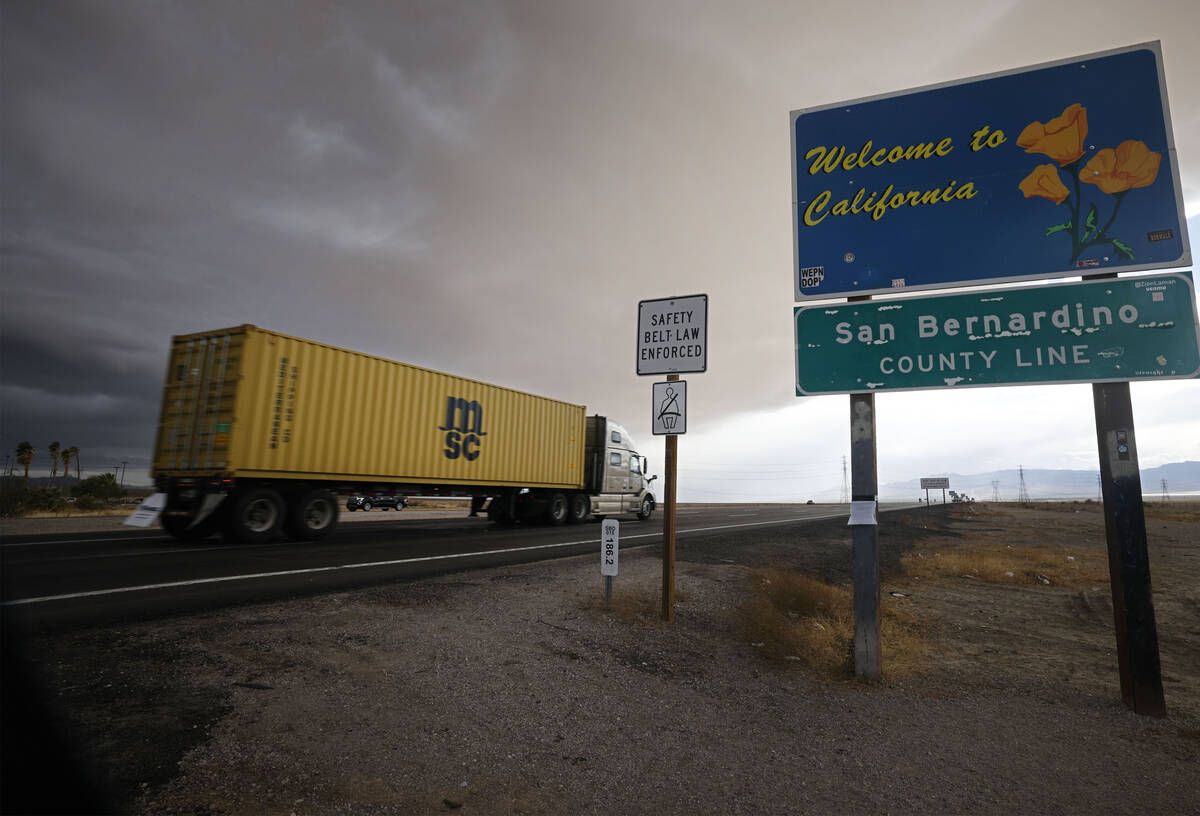 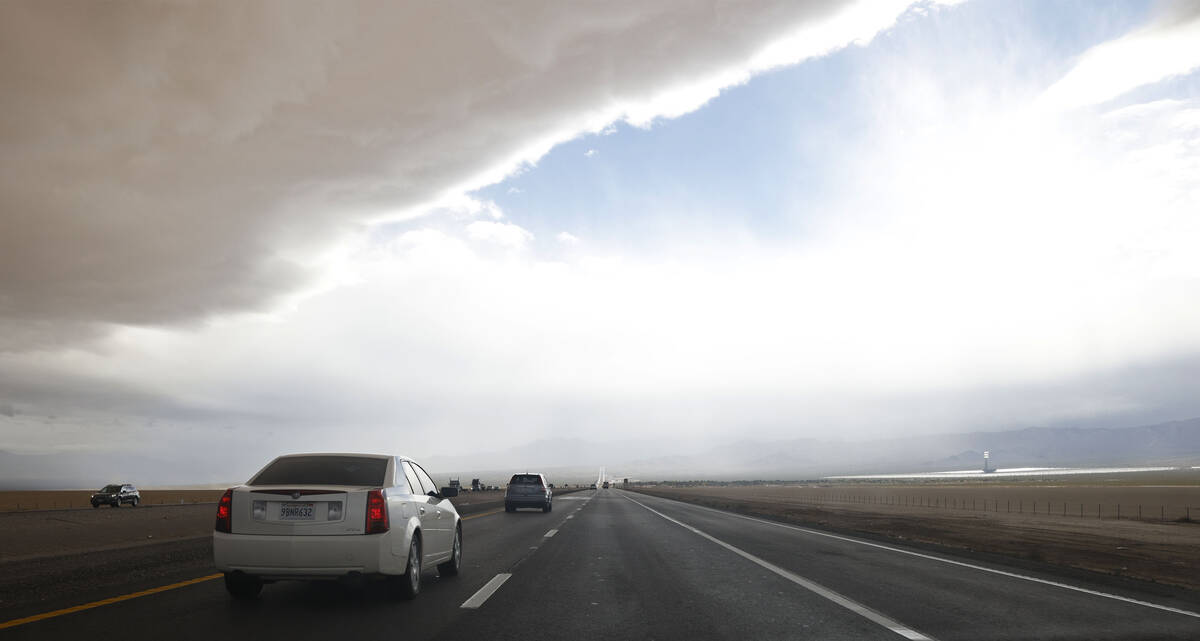 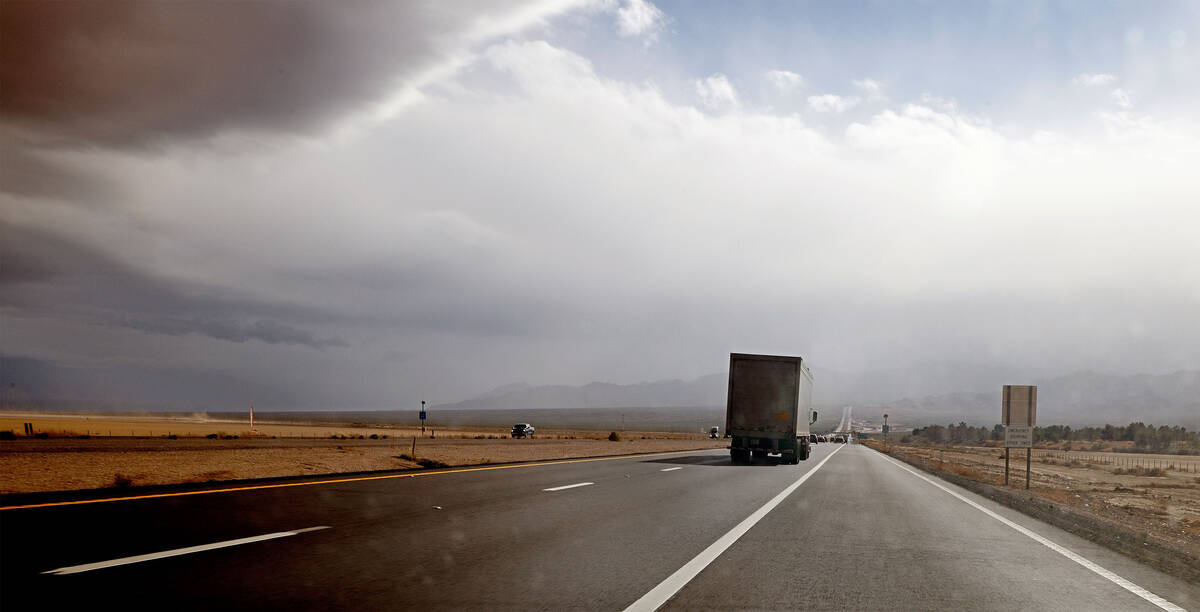 Motorists traveling back to Southern California from Las Vegas should see less of a backup on Interstate 15 at the state line.

On major holiday weekends such as Thanksgiving, traffic backups of up to 25 miles are common on I-15 southbound. That can add hours to one’s commute back to California.

A one-mile transition lane that allows motorists to merge from three lanes to two starting at the Nevada-California border now is open to traffic.

Paving is also complete on the Nevada side leading up to the California border, along with rumble strips and final striping, according to Justin Hopkins, Nevada Department of Transportation spokesman.

“The work on Nevada’s side is approximately one mile, bringing the total of completed work on both sides to a combined two miles,” Hopkins said.

NDOT is also installing a ramp meter and directional signage at the Primm Boulevard onramp to I-15 southbound. The project includes adding flashing beacon signs and intelligent transportation system equipment, and is expected to be completed by the end of the year.

Timing of a larger $5.1 million second phase, which includes rehabilitating five miles of I-15 southbound from the state line to the California Department of Food and Agricultural Station, has yet to be determined, Rojas said.

That project will restripe and repave the shoulder, allowing drivers to utilize it as a third lane during times of high traffic like Thanksgiving weekend.

Nevada Gov. Steve Sisolak and California Gov. Gavin Newsom announced the project last December at a joint press conference near the border of the two states.

Las Vegas Mayor Carolyn Goodman, who has been calling on California leaders to widen I-15 well south of the state line, told the Review-Journal in September that the full project is no more than a small fix for a major problem.

“I guess that five miles of 113 is better than nothing,” Goodman said in September. “For a community dependent upon tourism with a good portion of it coming in from California, it’s unfathomable that this Band-Aid is sufficing for a tourniquet.”