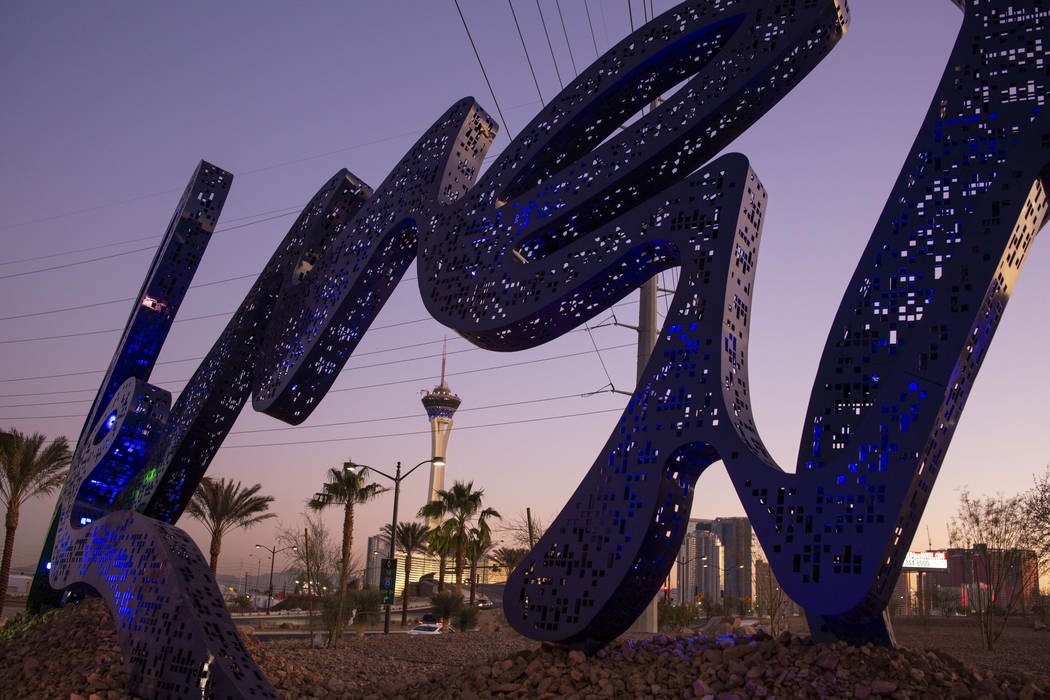 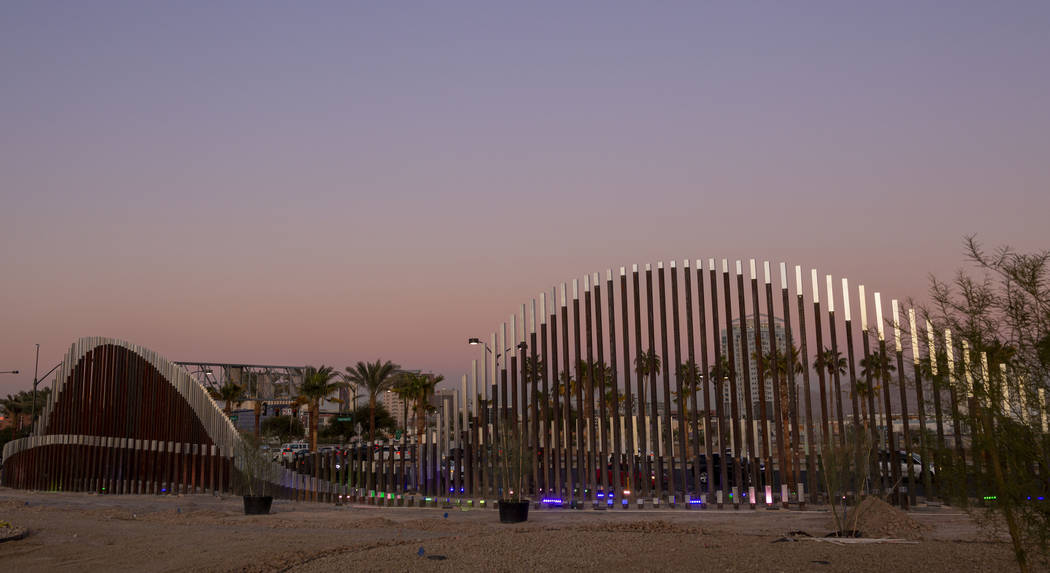 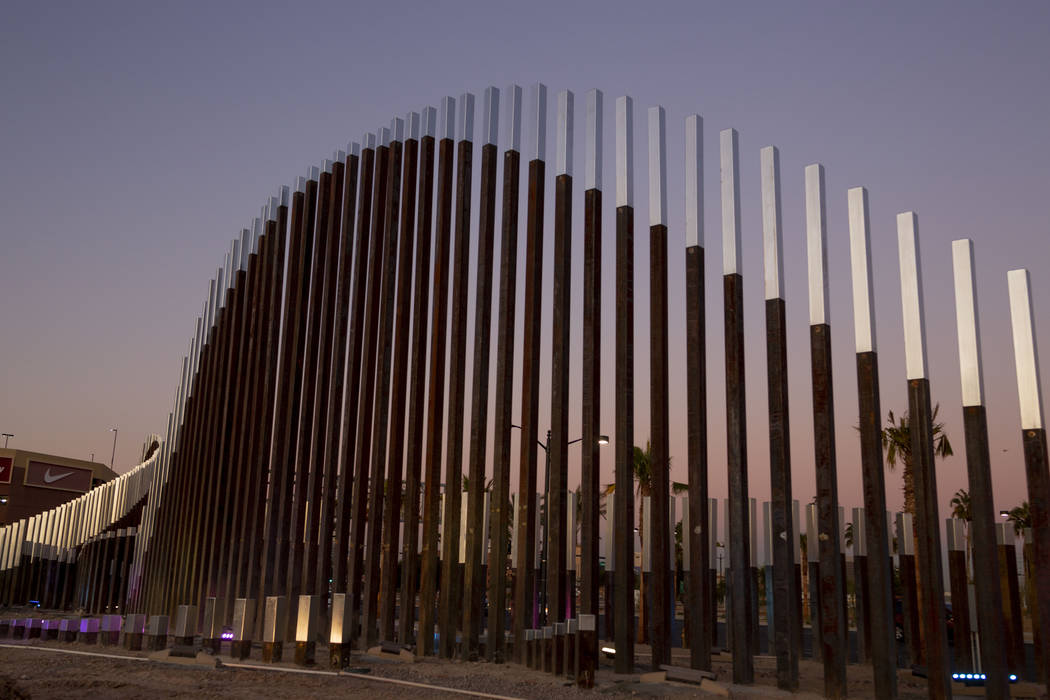 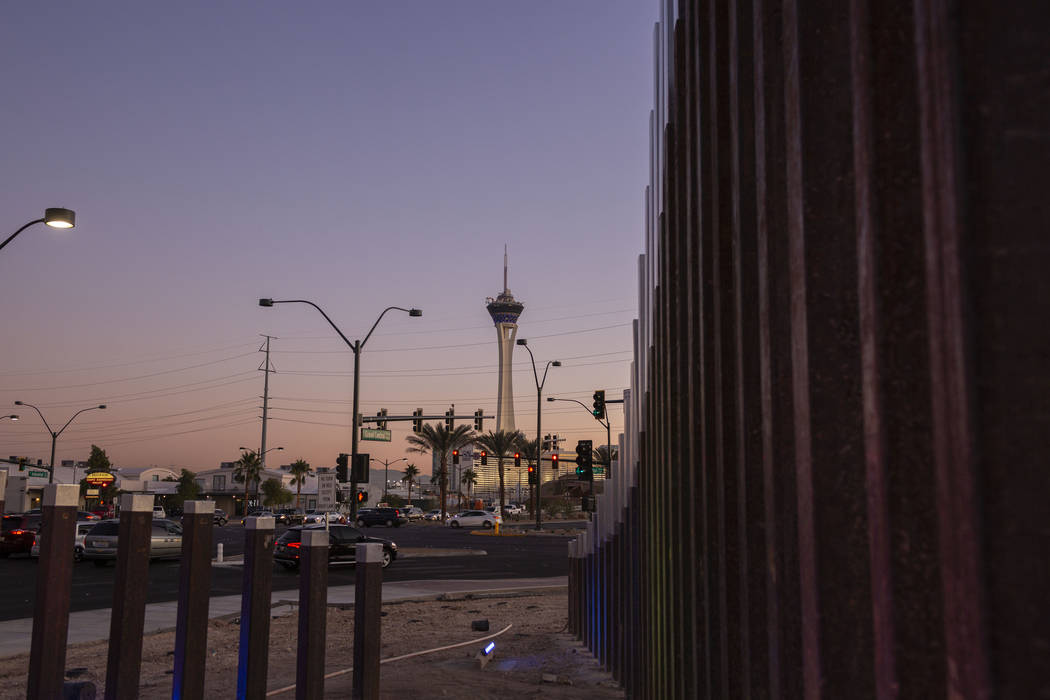 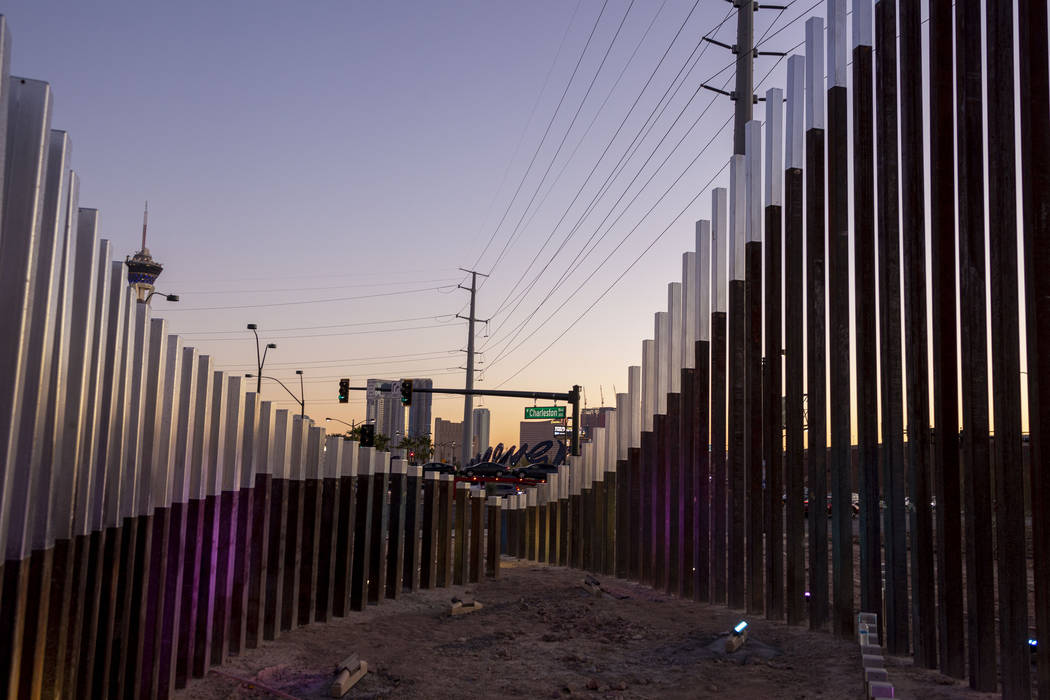 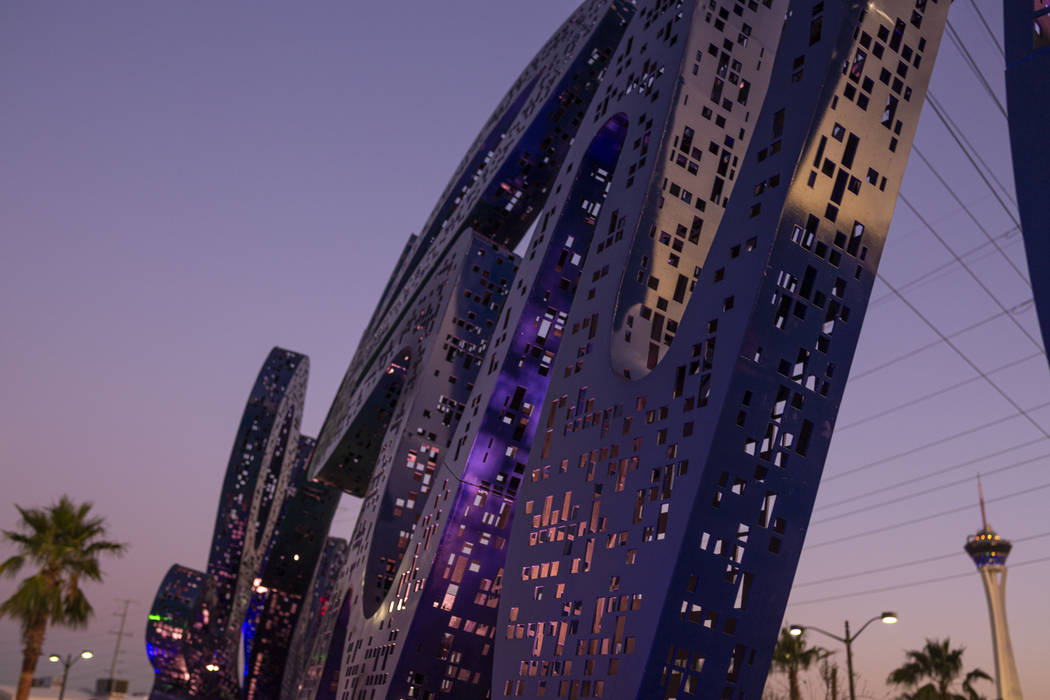 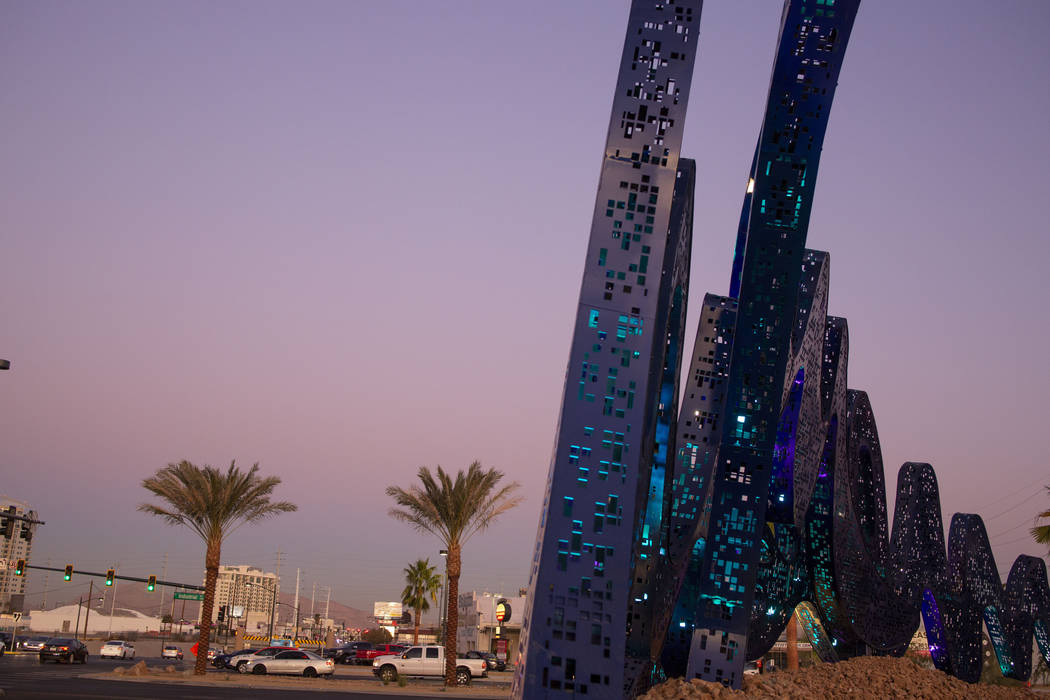 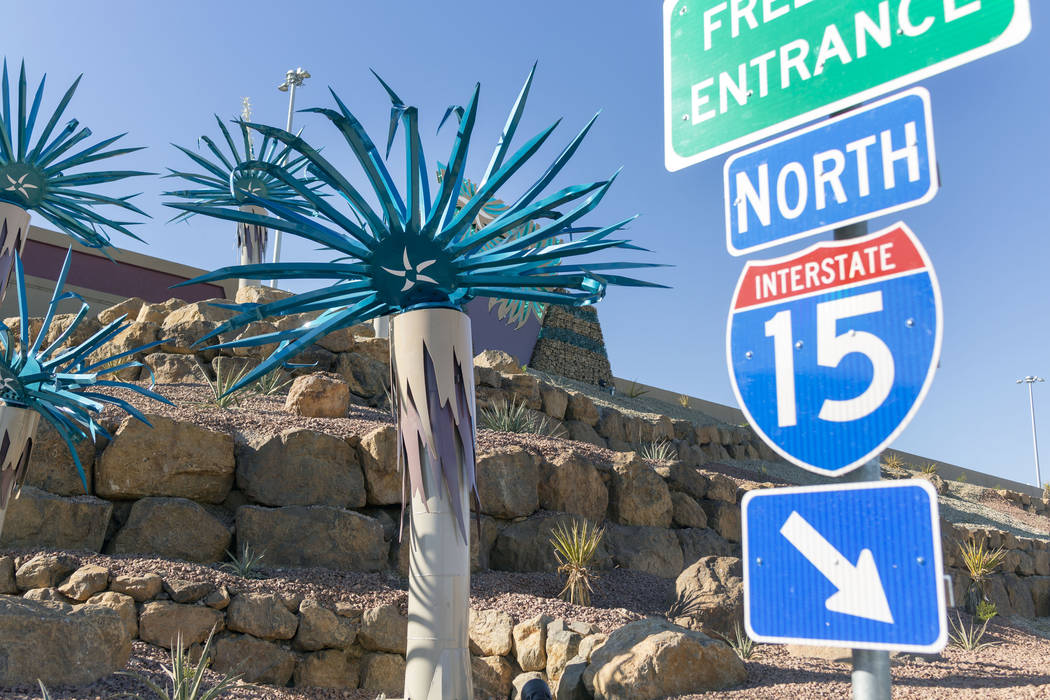 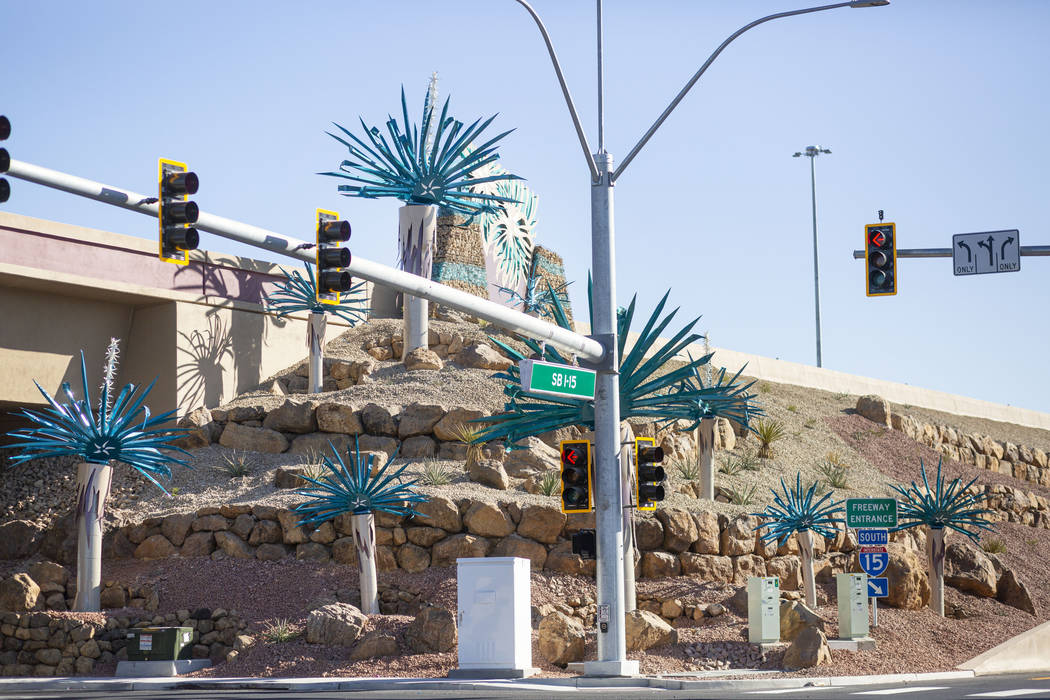 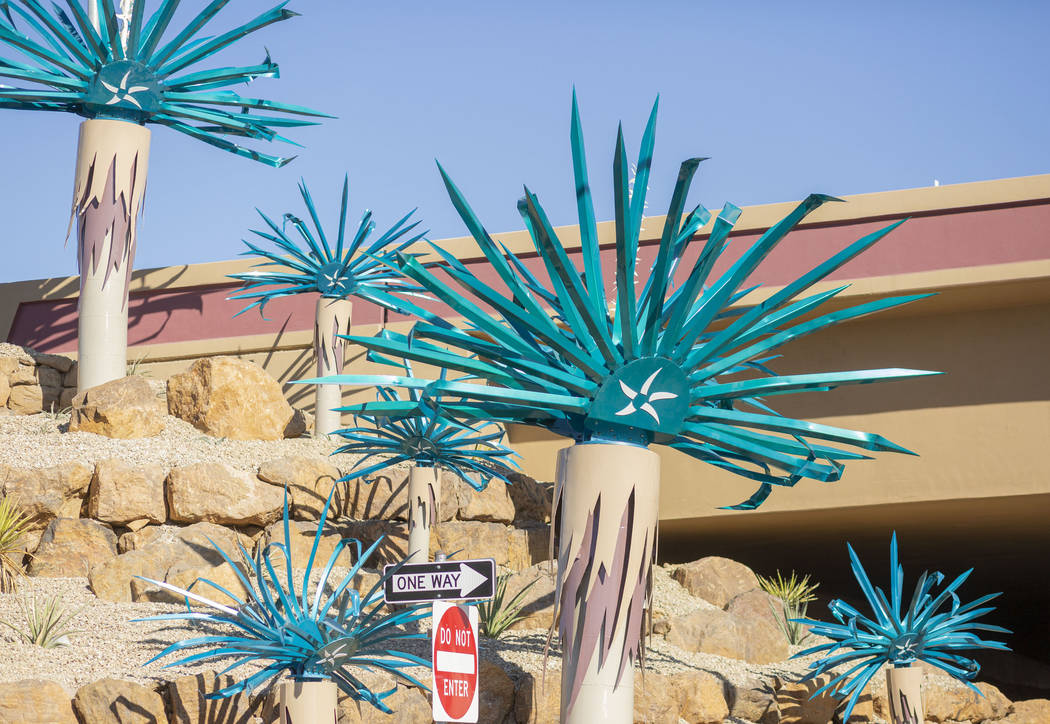 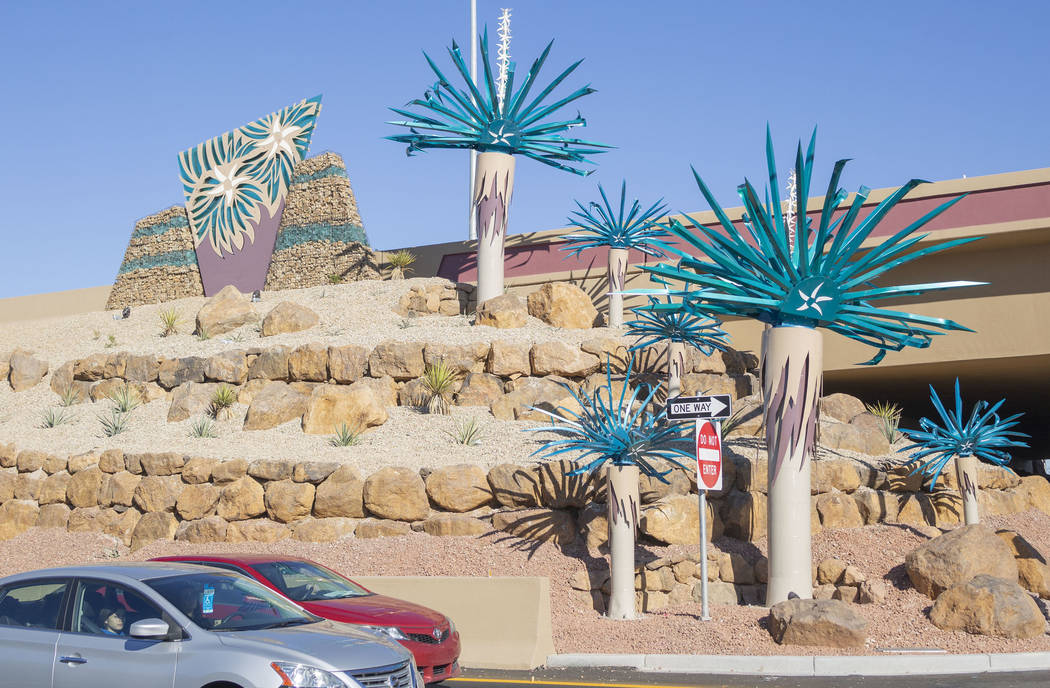 Upgrading motorists’ commutes isn’t the only thing on the minds of work crews as they carry out various improvement projects on state maintained roads.

Making the routes drivers take more aesthetically pleasing is also on the to-do list of the Nevada Department of Transportation.

The transportation department adopted a landscape and aesthetics master plan in 2002, dedicating up to 3 percent of new construction and capacity improvement funds toward art and other visual improvements tied to road projects.

Over the last three years, the department has spent about $20 million on landscaping and aesthetics in the Las Vegas Valley, according Tony Illia, NDOT spokesman.

“Nevadans deserve aesthetically pleasing, visually engaging highways that reflect the social, cultural, and historical values of their community,” Illia said. “As such, no state highway is complete until landscape and aesthetics are addressed. The department customizes sculptures, colors, and plantings to reflect the heritage, identity, and people being served.”

The art and landscaping aspects are specific for each location and are aimed at strengthening the public’s sense of involvement and ownership in an area.

Examples range from scenes from the construction of Hoover Dam associated with Interstate 11, including a 1,200-foot-by-28-foot cast-in-place concrete retaining wall with silhouettes of workers made out of Cor-ten steel, to bright color-changing lights under various underpasses in the downtown area that were introduced with the nearly $1 billion Project Neon.

Project Neon had several different areas with art and landscaping, including nearly $2 million in sculptures at the Neon Gateway, located on Charleston Boulevard and Grand Central Parkway. The area is home to the Found Font perforated metal sculpture weighing 12,000 pounds and sitting at 66 feet long and 25 feet high and Hot Dip, a 250-foot-long series of waving steel posts in varying heights that will reach as high as of 35 feet.

Another project getting a lot of attention from motorists because of its art additions is the Starr Avenue-Interstate 15 interchange that opened in September.

“Public art creates pride in our community and improves the quality of life for both visitors and residents alike,” said Naft, whose district includes the Starr interchange. “With the addition of these new features we will gain cultural, social, and economic value.”