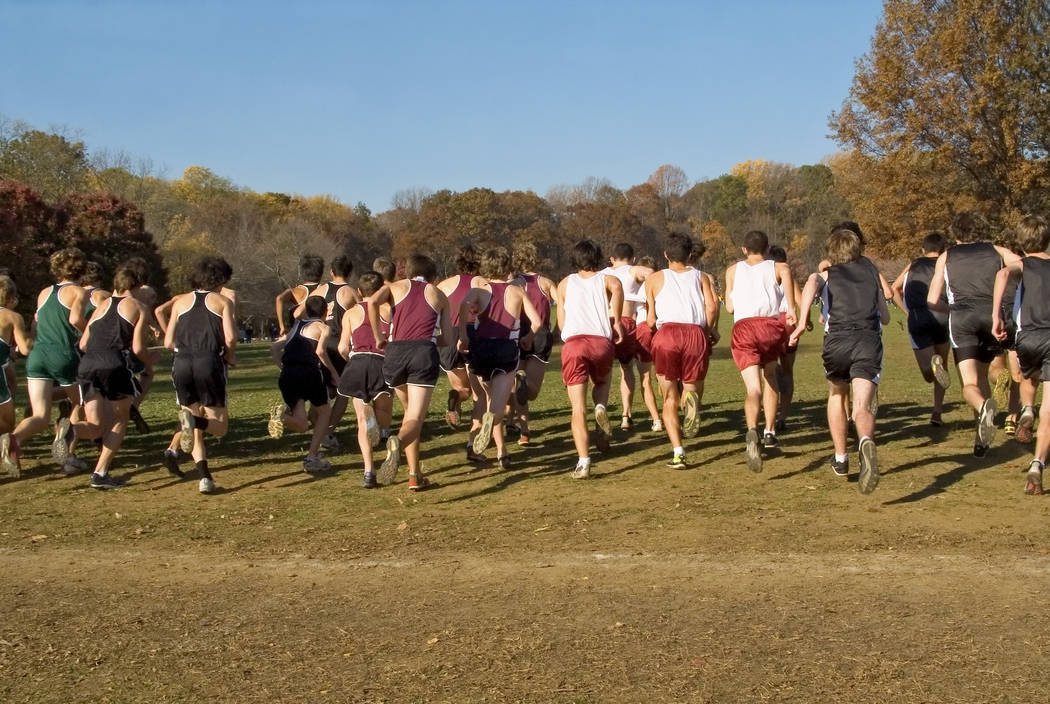 The Falcons cruised to the team title with 41 points. Arbor View was second with 101. Tech nosed out Coronado for third place on a sixth-runner tiebreaker after both teams had 105 points.

Green Valley used its depth to win the team title with 61 points. Shadow Ridge was second with 69, and Palo Verde took third with 91.

In the sophomore girls race, Bishop Gorman’s Emilia Puskas cruised to victory in 15:55.6

Faith Lutheran edged Palo Verde for the team title. The Crusaders had 68 points to the Panthers’ 72. Coronado was third with 81.

Cimarron-Memorial’s Olivia Garcia ran away and hid with the freshmen girls race, winning in 15:59.4.

Palo Verde won a close battle for the team title with 58 points, two fewer than Arbor View. Faith Lutheran was third with 61.