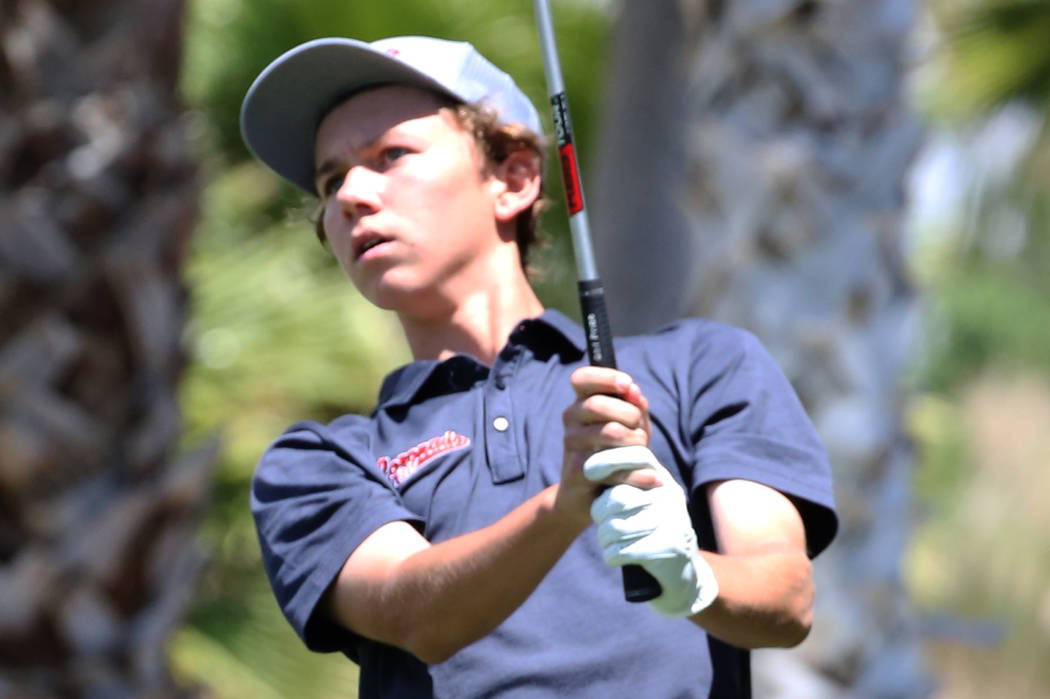 He got a whole lot more than he bargained for.

Sawaia birdied the only playoff hole Wednesday evening to break a tie with Foothill’s Noah MacFawn and score the Desert Region individual championship at Reflection Bay.

Sawaia and MacFawn both shot 5-under 139 through the two-day tournamen.

Sawaia split the fairway with his tee shot on the par-5 ninth hole in the playoff to position himself for the victory.

“I was hitting my tee shots really well and I knew I could make putts when I needed to,” Sawaia said. “I was just fortunate enough to play. … I was just trying to get some playing time. I was very fortunate to win this one.”

MacFawn nearly holed his chip shot on the playoff hole, but instead settled for par and second place. Cormack Goecke of Spring Valley shot 142 to finish third.

Sawaia also helped the defending state champion Cougars capture their sixth consecutive region title in impressive fashion. They registered a two-day score of 572 to beat runner-up Bishop Gorman by 28 strokes, and were the only team to finish the tournament under par (-4).

“This team is special. This team has won six in a row. We haven’t been beat this year, and we’re excited to roll up to Reno for state,” said Joe Sawaia, Brett’s father and Coronado’s coach.

“It takes good golfers, but it takes golfers to buy in. Even though it’s an individual sport, we try and build a culture where they play for each other and play for the school and they check the egos at their door.

“From March to May, it’s all about Coronado.”