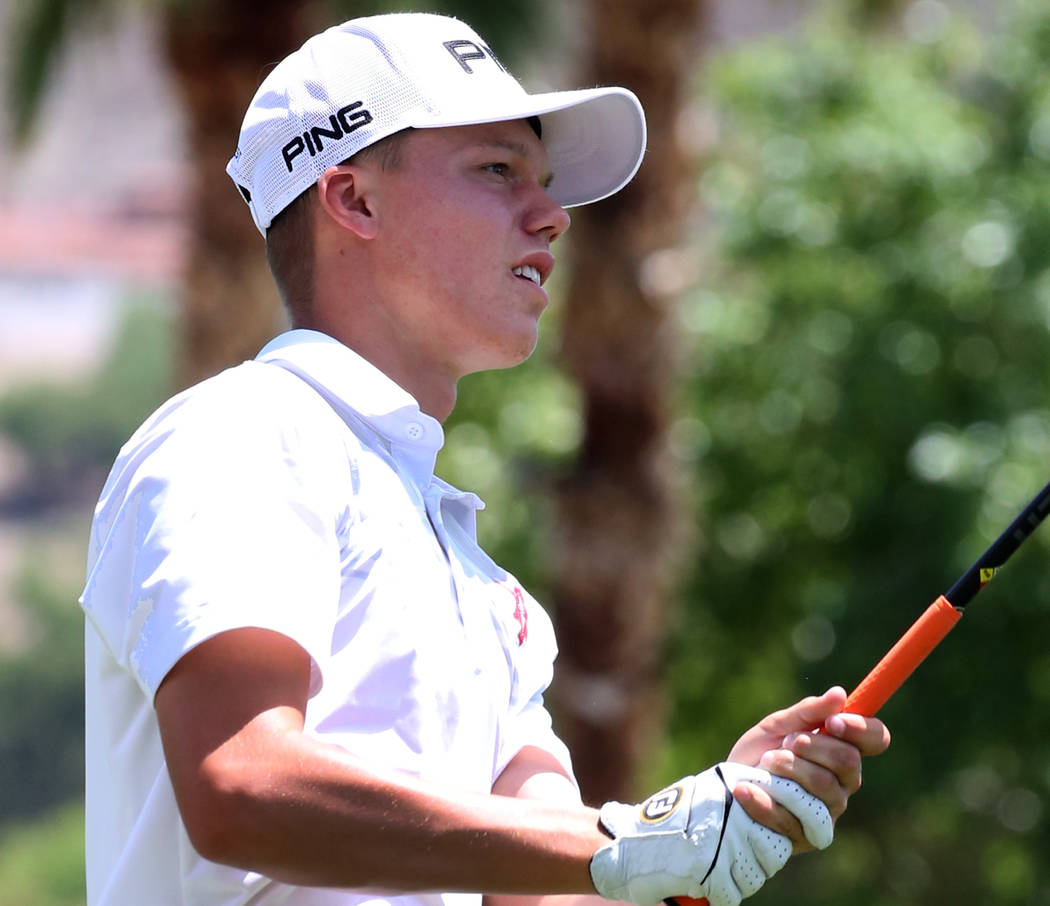 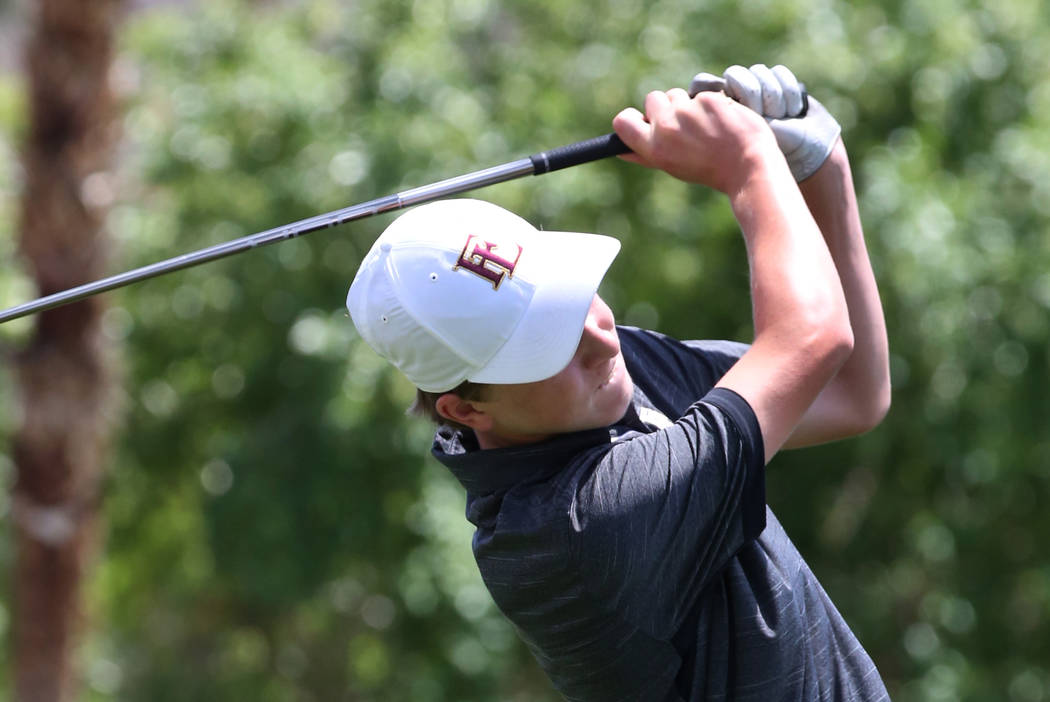 Eldorado senior Matthew Manganello is concluding his prep golf career the same way he started it.

As a region champion.

Manganello shot even-par 72 on the second day of the Mountain Region golf tournament to finish with a two-day total of 139 — and his second region championship at Reflection Bay on Wednesday evening.

He also won a Sunrise Region championship as a freshman in 2016, but couldn’t decide which of the two titles was more meaningful.

“I think they feel the same,” he said. “This one is my last one. It feels good to actually win it.”

Manganello shot a 67 on Tuesday to build a six-stroke lead over second-place finisher Hazen Newman of Arbor View. Newman applied pressure on Wednesday by shooting 67, but Manganello executed on the back nine to secure the victory by one stroke.

“I got a little nervous. Hazen is a really good player,” Manganello said. “I was able to stay up. It feels really good.”

Newman did, however, help the Aggies win the team title. Arbor View finished with a two-day total of 599 to claim its first region championship since 2005. Faith Lutheran shot 601 to finish second and secure a berth at the state tournament in Reno next week.

“It all came together. Especially on the finishing holes the last two days,” Aggies coach Ron Cyrankowski said. “Just like any other sport, we’ll get these guys well rested.”

Cyrankowski credited the contributions of Preston Harris and Kameron Kelsey, who played last year and joined the team late this season. Harris shot 154, and Kelsey shot 155 to finish third and fourth, respectively, in Arbor View’s lineup.

“Once (they came out) the talent kind of came to fruition,” Cyrankowski said. “We didn’t have all these guys at the beginning of the year.”