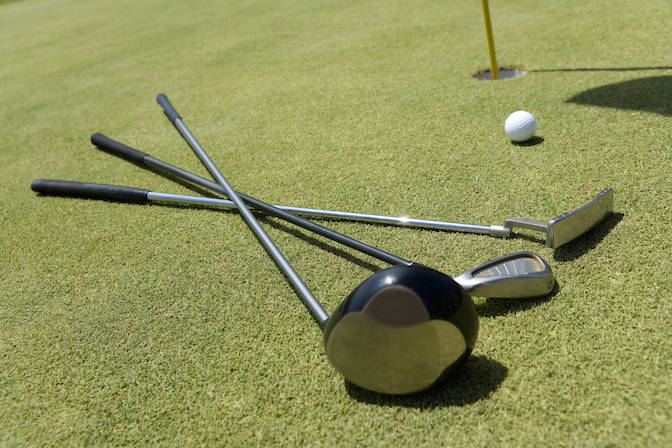 (As submitted by coaches)

Outlook: Johnson takes over a squad that brings back three letter winners and hopes to be competitive in the Mountain Region.

“It’s a young team, comprised of freshmen, sophomores, and juniors, with no seniors,” Stanfill said. “We have a positive outlook with three accomplished incoming freshmen, and six returners all of whom gained invaluable experience last year.”

Outlook: Schler takes over a squad that returns a pair of letter winners in Faucher and Aguilar.

Reese finished seventh in the state tournament and should again be among the best 3A golfers in the state.

“We look to be very strong throughout the season and hope to contend for a repeat state championship,” Schaper said. “As the girls have worked hard throughout the offseason, they all should drop their average score throughout the fall.

“It is going to be a fun and rewarding season for all of the girls who have been putting time into their games.”

Outlook: After finishing second in last year’s Class 4A state tournament, the Bulldogs bring back plenty of talent.

“Our young ladies work hard every day in practice,” Cerrone said. “We have high goals for the team, but also realize that along the way we need to take care of the challenge facing us first and not look ahead.”

“We want to improve each player’s technical skills and understanding and appreciation of golf team play,” Brody said.

Outlook: Jones is the lone returning letter winner on a team hoping to improve each day.

“We are working hard to compete,” Price said.

Outlook: A two-time state tournament qualifier, Smith is the lone returning letter winner for the Spartans.

Fields said he expects Smith to contend for a top spot in the league.

“The team outlook is to hopefully compete in half the league matches with a qualifying team score,” Fields said.

Outlook: The Chargers finished fourth in the Sunset Region tournament last year and may be better this year.

Mission, who was the Sunset Region runner-up and placed fifth in the Class 4A state tournament, leads a group of five returnees. Im also qualified for the state tournament last season.

“Based on the offseason work put in by these individuals, this group of athletes will prove to be the deepest team we have had in years,” Dehne said. “The athletes have great chemistry and truly enjoy being teammates. Considering their chemistry, experience and leadership, I fully expect this team to be very competitive this season.”

Outlook: Estrada was the 2016 Class 4A state champion and returns to help the Cougars chase their fifth straight team crown.

Querol finished ninth in the 2017 state tournament, and Estrada was 11th, giving the Cougars a potent one-two punch.

Outlook: The Diamondbacks bring back only three letter winners, including Lescenski, who qualified for the Sunset Region tournament last year.

With a number of new faces and limited varsity experience, it will definitely be a building year for the Diamondbacks,” Dinkel said. “Tori Ely is our lone senior returner and has been on the varsity since her freshman year. As our most experienced player, we have high hopes of leadership and competitive play from her.

“Our top two girls, Morgan and Gracie, have lots of playing experience,” Brown said. “Morgan plays all over the country and recently signed a letter of intent to play at Iowa. Gracie also plays in many junior events locally and out of state. Gracie moved here from Colorado this summer. Either of these two girls could win the regional or state title.

“Faith hits the ball as long as any junior player in the city. She is working hard on her short game, and is trying to reach her goal of becoming a complete all-around player. Fiona, though not long, is straight off the tee and accurate with her irons. She will definitely contribute greatly to the team this year.”

“We’re looking to compete for a regional championship and advance to the state championship,” Murphy said.

Outlook: Bryk takes over a team that returns only one letter winner and will hope to show improvement throughout the season.

Outlook: To say the Patriots are young this season would be an understatement.

“We have a very young, but talented team,” Walker said. “With only one returning athlete, we are looking for our underclassmen to step up and compete right away. These girls are dedicated to their craft and work well together.

“Our goal is to improve every match and qualify for regionals.”

Outlook: Slaughter, who qualified for the Class 3A state tournament, returns to lead a young squad.

“We are a new team with a lot of new golfers,” Gray said. “Our goal is to get all of our girls a good understanding of the game and to a skill level necessary to compete.

“Our team expectations include integrity, honesty and, of course, fun. We are looking forward to this and future seasons to come.”

Outlook: The Rattlers lack varsity experience as only one letter winner returns.

“Our goal is making the cut in every league match,” Sisneros said.

Outlook: Nygaard finished fourth in last year’s Class 3A state tournament and is one of five returning letter winners for the Trojans.

Petrie and Pearson both were first-team All-Sunset League selections and also helped the Trojans finish third in the state tournament.

“We hope to repeat as Sunset League champions and improve on our third place at state,” Hopkins said.

“It’s a young team with only two returners,” Steffenhagen said.

Outlook: Irvin’s first year will be one of growth for the Rams.

“We are working hard to develop a competitive and enduring program,” Irvin said. “We are hoping the 2018 season will give us a solid foundation to build on moving forward. With no returning team members, our biggest challenge will come from inexperience on the course.

“We are hoping the small daily victories will amount to competing in matches and getting the attention of our competitors.”

Outlook: The Mustangs bring back only three letter winners.

“We are a young team with little experience,” Huesch said. “I hope the girls continue to work hard and reach their individual goals.”

Outlook: The Mountain Lions return three letter winners and have high hopes for the upcoming season.

My expectation is to take a team to regionals and have at least two of my players making it to the state tournament,” Mangione said.

“The girls are working hard and getting better every day,” Oliver said. “We hope to continue to improve throughout the year.”

“Spring Valley is still in a building phase,” Martin said. “We’re looking to continue growing the sport in our school.”

Outlook: Phelan, who placed third in last year’s Class 3A state tournament, and Crosby lead a quartet of returnees for the Roadrunners, who will have their work cut out for them this year.

“We are changing leagues from Class 3A to 4A and are looking forward to different golf courses and competition,” Grimm said.

Outlook: The Bulldogs are starting from scratch this year with no returning letter winners.

“We have a group of young and new golfers,” Creer said. “We hope to qualify a few as individuals this year, especially our ninth graders.”