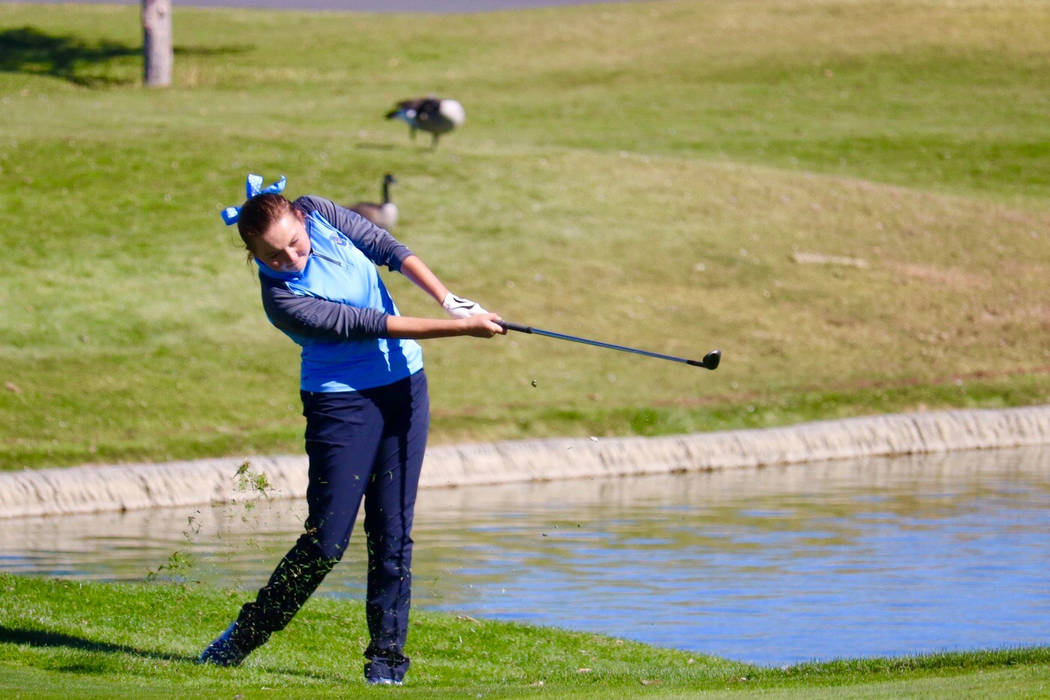 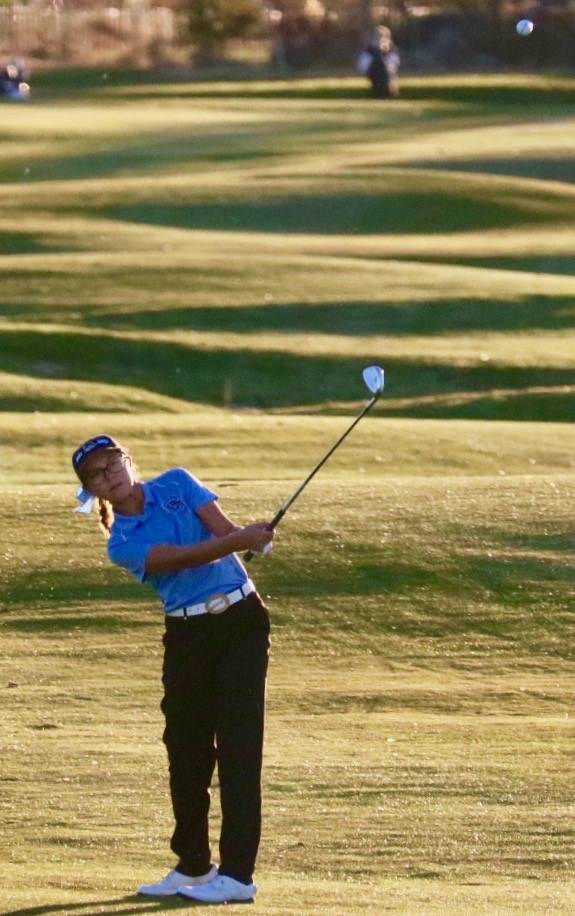 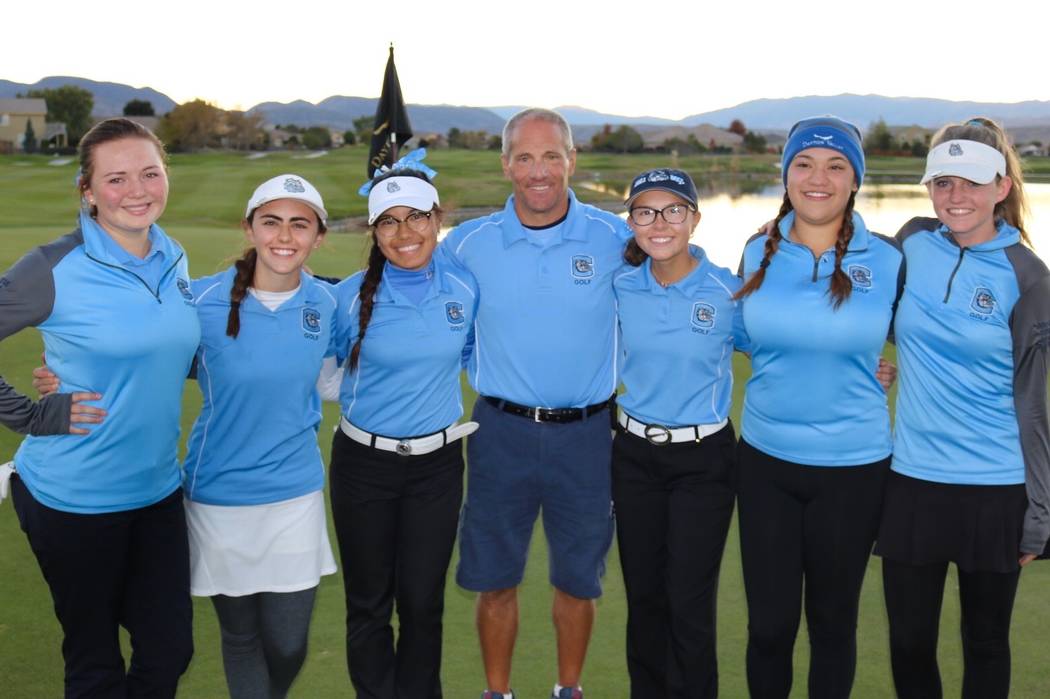 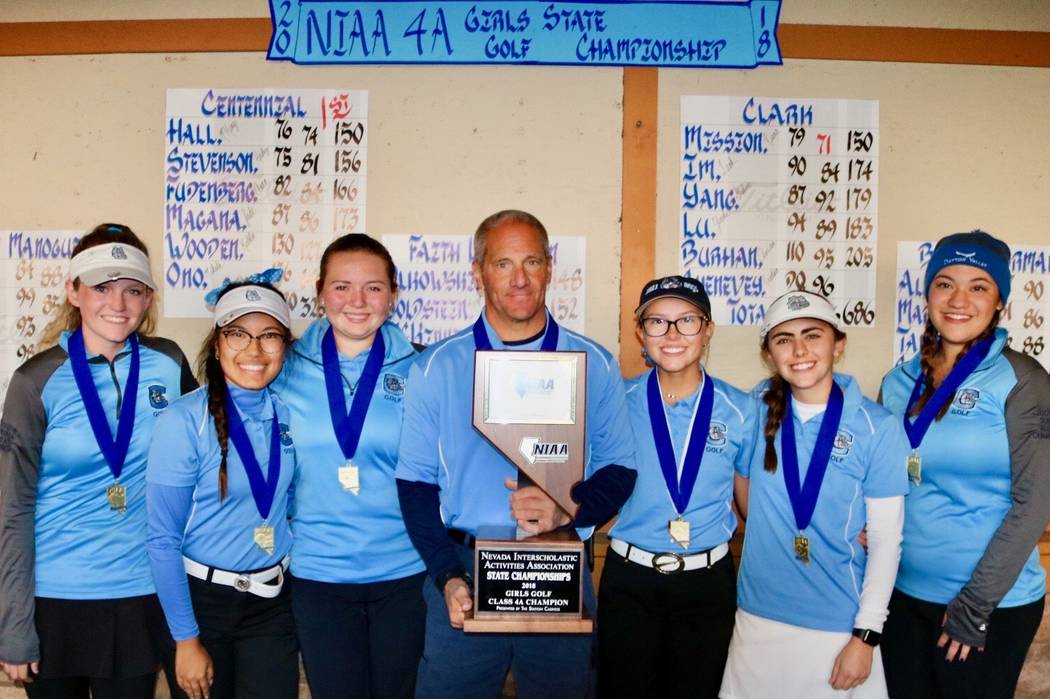 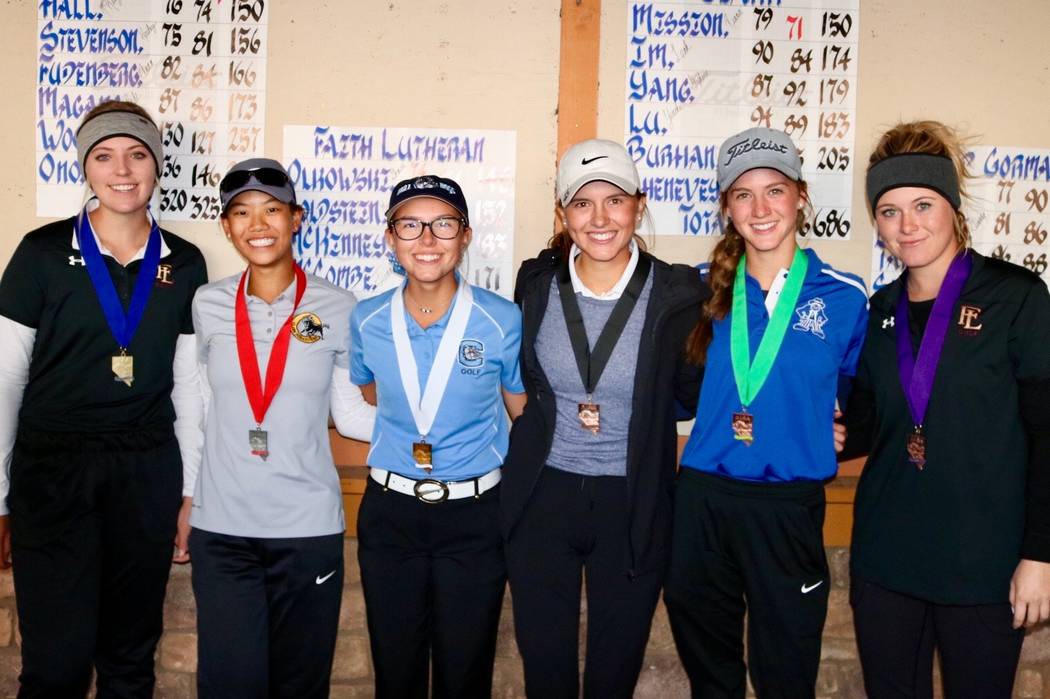 It took a Day 2 rally for Centennial’s girls golf team to win region titles the last two years. Even with a lead after the first day of the Class 4A state golf tournament in Northern Nevada, the Bulldogs were still cautious about someone doing to them what they did to their opponents.

Instead, Centennial held serve to win its first state championship.

The Bulldogs shot 325 Tuesday to build on their five-stroke lead and win the state tournament at Dayton Valley Golf Course by nine strokes.

Faith Lutheran’s Gracie Olkowski claimed the individual crown with a 4-over-par 148 over two days, shooting 2-over 74 in both rounds.

“Our girls were very excited and nervous about today,” Centennial coach Charlie Cerrone said. “And despite doing that, they grinded it out and did a good job.”

Sophomore McKenzi Hall led Centennial by shooting a 74 on Tuesday, and placing third after a scorecard playoff with Clark’s Riana Mission when they both finished at 150. Both players won individual region titles last week, and helped their teams win the region crowns.

“They really came through last week and grinded it out on a tough course yesterday and today,” Cerrone said. “Even though there were some tough holes, they were even-keeled about it.”

Olkowski moved to Nevada this year from Colorado. It didn’t take her long to make a mark on her new state.

On Tuesday, Olkowski started the back nine with bogeys on Nos. 11 and 13, but birdied the 16th and parred in to win by two stokes over Hall and Mission.

“I’m definitely excited. This is a big step for me,” Olkowski said. “I just kept my head in it and stayed positive. … I tried not to think of where everyone else was at.”

She helped the Crusaders place second as a team, nine strokes behind Centennial. Bishop Gorman was third with 670, followed by Clark (686), Bishop Manogue (737) and Reno (737).

“We absolutely exceeded our expectations,” first-year Faith Lutheran coach Paul Brown said. “We were not even picked to make it to state, or even regionals.

“Coming in second, that was honor.”