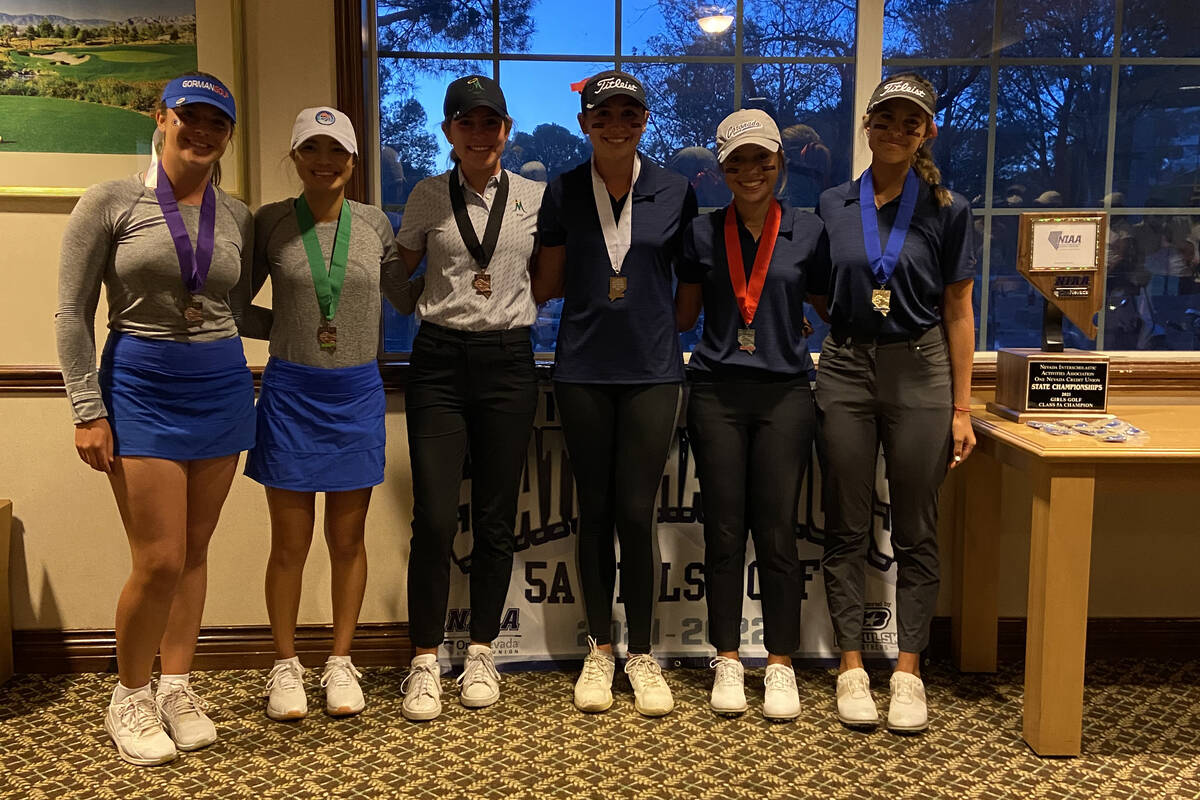 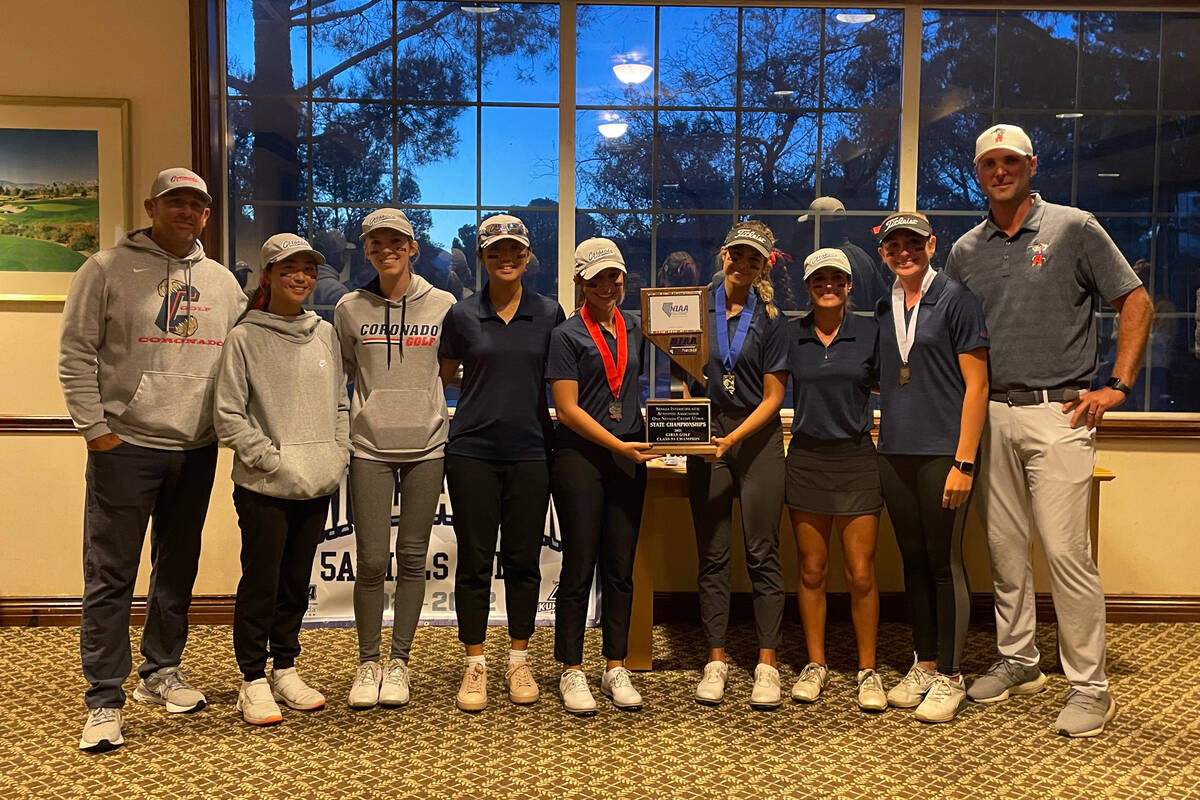 If its performance over the past two days in the Class 5A state tournament is any indication, the Cougars could be set up for another long reign.

Coronado fired a two-day total of 2-under-par 566 at Primm Valley Golf Club to win the school’s fifth state title, and they did so by shattering the state tournament record. The previous mark was 600, shot by the 2017 Coronado team at Highland Falls in Las Vegas.

Coronado does not have any seniors who contributed to the scoring, a scary thought for its competitors over the next few years.

“This is my 28th year of coaching girls golf in Nevada, and this is the most talented group I’ve coached, and I would put them up against any in the state I’ve seen,” Coronado coach Joe Sawaia said. “They’re phenomenal competitors. They’re the best of friends. Their work ethic is through the roof, and they play for each other.”

Coronado won by 15 strokes over Bishop Gorman, whose 13-over 581 also would have been a state record. Clark finished third at 621, while northern schools Bishop Manogue (666), Galena (734) and Carson (792) rounded out the field.

Coronado’s Yana Wilson shot a 6-under 65 on Tuesday to overcome a 3-over 74 on Monday and claim the individual title at 3-under 139. Teammate Brynn Kort was second at 140, and Coronado’s Ali Mulhall led a three-way tie for third at 142.

“I had no expectations going into the round,” Wilson said. “I just had a goal, and I wanted to achieve it today. I didn’t want to lose, and I wanted to stay patient. Winning regionals and state is up there for me. I’ve never done anything like this with the team, and it’s an awesome experience to be able to win it with them.”

That was a key for the team, especially Monday, when wind made conditions difficult. The Cougars set themselves up with a 19-shot lead after the first round and stayed strong as Gorman charged Tuesday and finished at 13-under 271 for the day.

“Gorman played great today,” Sawaia said. “My hat’s off to them. I’m glad we had a little bit of a cushion to work with.”

Douglas won the Class 3A girls title by shooting 120-over 544 in a 27-hole event that was played in nine holes Monday at Oasis Golf Club and 18 at The Palms in Mesquite. Pahrump Valley was second at 586.

Truckee’s Ryan Flynn won the individual title with a 7-over 113. Boulder City’s Camryn Schaper was the top finisher from the south, taking third with a 134.