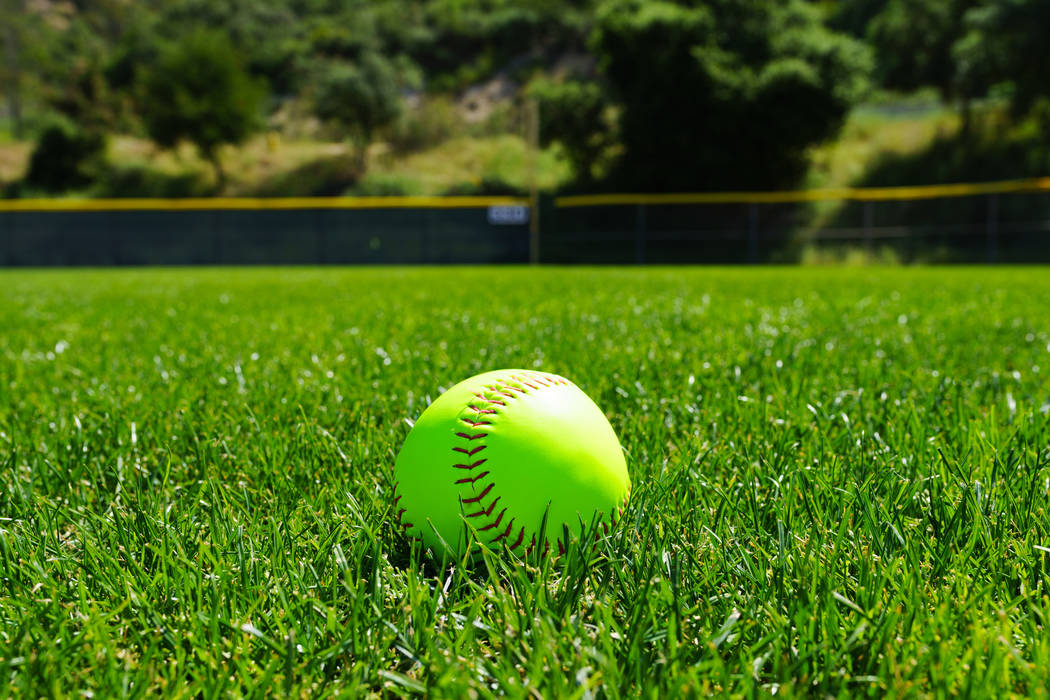 Allyson Rily was 2-for-2 with a double, a home run and three RBIs on Monday to lead Pahrump Valley to a 14-10 softball win over visiting Boulder City.

Rily also was the winning pitcher, and Kareena Nelson was 2-for-2 with three RBIs for the Trojans.

Ryann Reese went 3-for-3 for Boulder City, and Paeton Carver was 3-for 4 for the Eagles.

Losa Laolagi went the distance and struck out 10 to get the win.

Selena Erickson was 3-for-4 with one RBI for Del Sol, and teammate Valerie Perez went 3-for-4.

Moapa Valley 12, Western 0 — At Western, Abbie Evans was 2-for-4 with two doubles, two runs and three RBIs to help the Pirates to the five-inning win over the Warriors.

Kyra Larsen went 2-for-3 with a double, two runs and three RBIs for Moapa Valley. Emilie Barraza and Madilyn Fairchild combined on a one-hitter for the Pirates. Barraza struck out six in three hitless innings to get the win.

Sunrise Mountain 14, Valley 6 — At Valley, Yazmin Sevilla went 2-for-3 with three runs scored as the Miners defeated the Vikings.

Valley’s Lily Mader went 2-for-2 with three walks, a run and one RBI.

Paisley Garcia doubled twice, and Jazmyne Compehos had a triple for Desert Oasis. The game ended on a two-run double by Ashlyn Tuss that triggered the mercy rule.

SLAM Academy 16, Democracy Prep 1 — At SLAM Academy, Quincy Hickman was 2-for-3 with a run and four RBIs to help the Bulls rout the Blue Knights in three innings.

Lizette Valenciano went 2-for-3 with two runs and two RBIs for SLAM Academy, which scored nine runs in the first inning.

Taylor Fundaro allowed an unearned run on four hits to get the win.

Virgin Valley 11, Mojave 2 — At Mojave, the Bulldogs had 18 hits and rolled past the Rattlers.